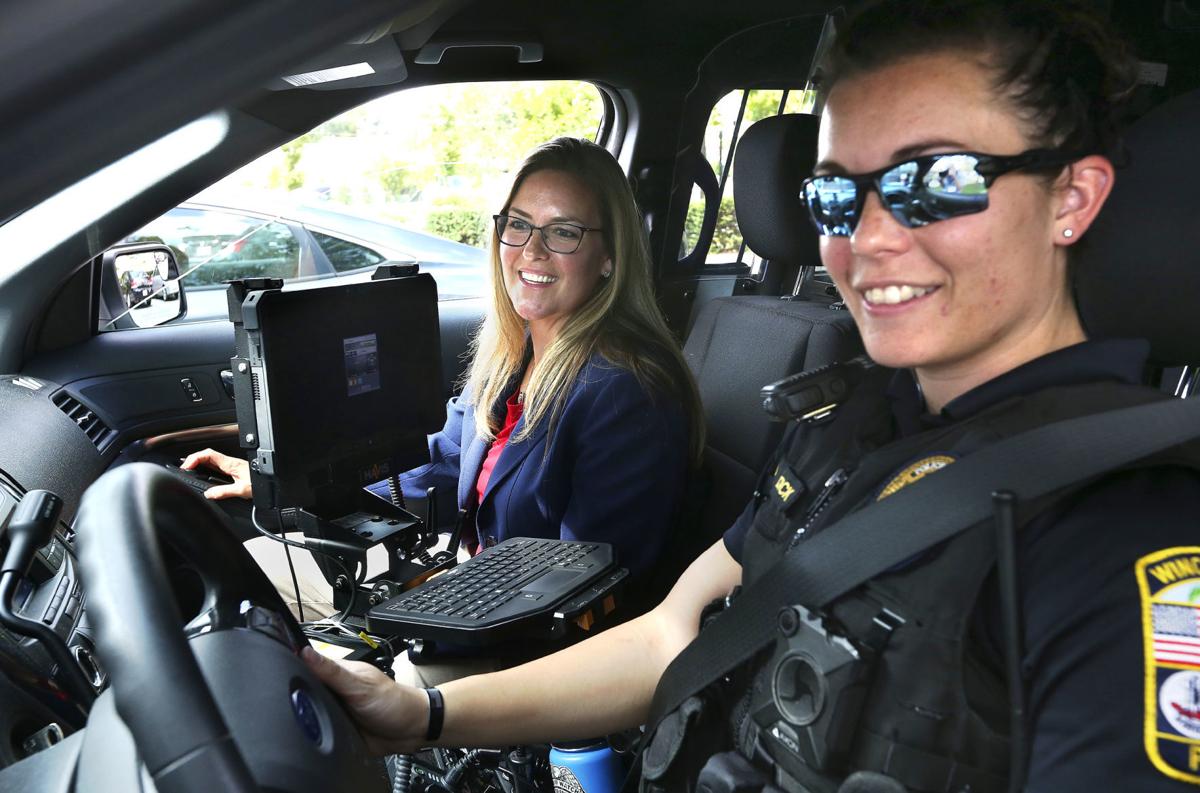 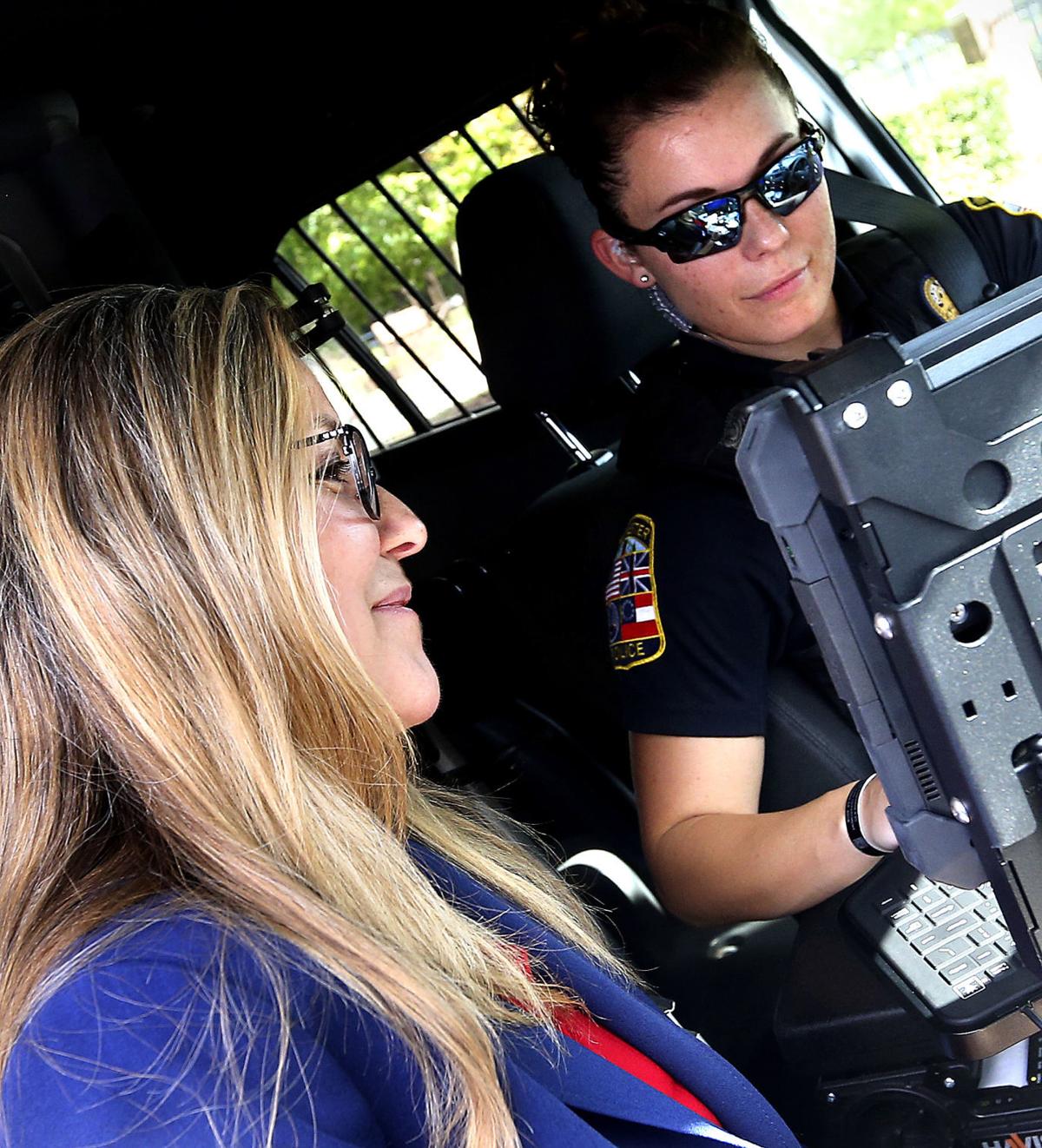 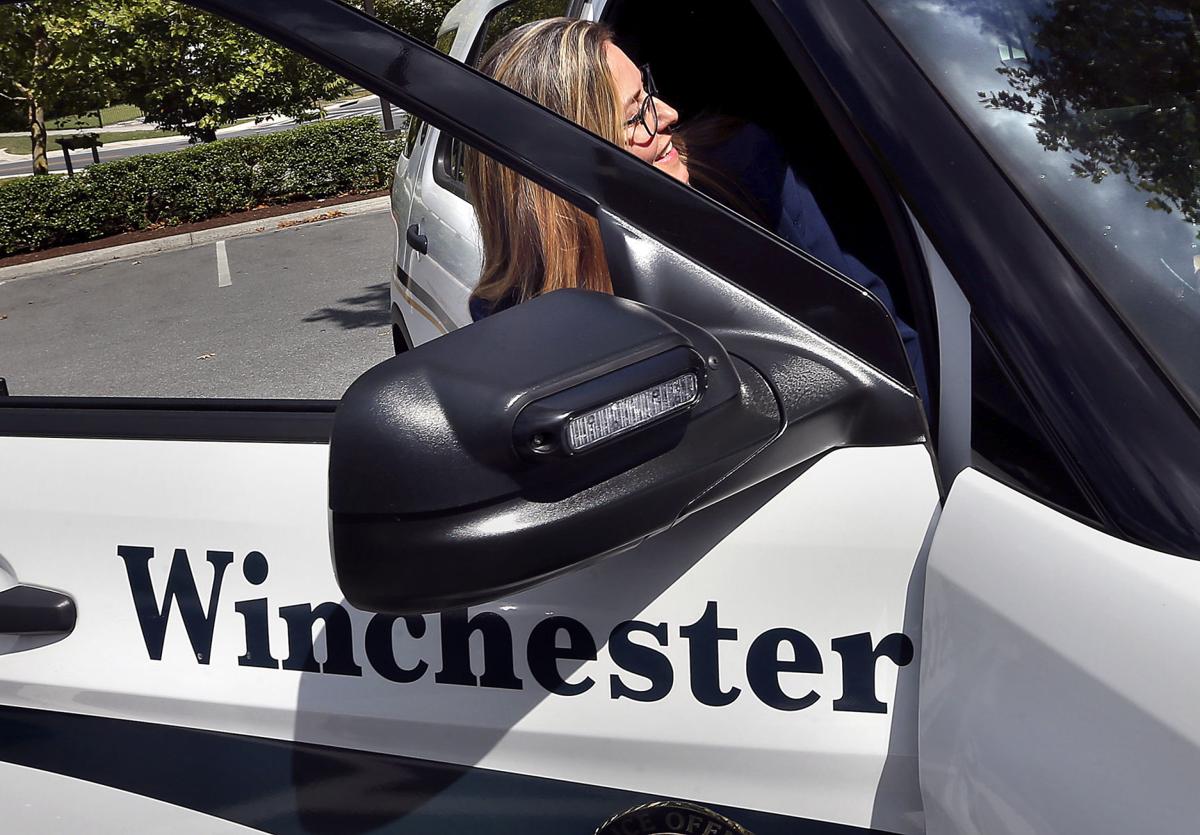 Congresswoman Jennifer Wexton, D-10th, climbs into a Winchester Police vehicle to participate in a ride along Friday after attending an opioid crisis roundtable discussion.

Congresswoman Jennifer Wexton, D-10th, climbs into a Winchester Police vehicle to participate in a ride along Friday after attending an opioid crisis roundtable discussion.

WINCHESTER — To combat the opioid epidemic, Rep. Jennifer Wexton went looking for answers on Friday from people on the front lines of the battle.

“It seems like whatever we do in the [federal] government realm is one step behind what’s happening in the streets,” Wexton said during the roundtable. “What’s happening with the evolution of drug use in your region is a good example of that. Everybody’s rushing in to do opioid this or opioid that. You squeeze the balloon in one place and it pops out in another.”

Twenty-three people in Winchester, as well as Clarke, Frederick, Page, Shenandoah and Warren counties have fatally overdosed through Thursday of this year, according to Joshua Price, a State Police special agent and coordinator of the Northern Virginia Drug and Gang Task Force, which responds to all fatal and non-fatal overdoses in the region. This year’s deaths are among the more than 200 regionally since 2012 including 22 last year and 40 in 2017.

Price told Wexton that fatal overdoses increasingly involve pure fentanyl, a synthetic opiate at least 50 times more powerful than heroin. In past years, most deaths involved fentanyl-laced heroin, but Price said after the meeting that dealers are switching to pure fentanyl because it costs far less than heroin to produce. He said it takes 10,000 to 12,000 poppies to produce a kilogram of heroin while a kilo of fentanyl, often manufactured and smuggled in from China, can be produced in a laboratory the size of a garage.

Police, who included representatives from the state, Winchester and the Winchester City Sheriff’s Office — Frederick County Sheriff Lenny Millholland said after the meeting that he couldn’t participate due to active-shooter and stop-the-bleeding training — also told Wexton that crack cocaine and crystal methamphetamine use is increasing in the area. They said addicts sometimes use crack or meth to avoid excruciating heroin withdrawal symptoms.

Many addicts are also mentally ill. Elwell said it costs more than $700 per day for a local person to be housed at a state mental health hospital.

“We could do it locally for half that amount and actually do a better job than they do,” he said. “But we don’t have $5 or $6 million to be able to run a facility like that [annually]. It becomes a day-to-day problem.”

“But that’s just a Band-Aid on a system that is woefully inadequate,” he said. “We need to have something local where law enforcement can drop them off and feel comfortable that they’re being taken care of and discharged appropriately and we don’t have that in this community. We need some kind of acute stabilization.”

The limit is designed to avoid “pill mills” where doctors over-prescribe Suboxone. Addicts sometimes sell it on the street to avoid withdrawal symptoms.

Ending the 48-year-old war on drugs that costs $47 billion annually, according to the Drug Policy Alliance, was also discussed. Andrea Wright, a drug treatment counselor, told Wexton that Portugal’s decriminalization in 2001 of drugs such as cocaine, heroin and marijuana has reduced addiction.

Wexton said after the meeting that she supports decriminalization for possession of small amounts of marijuana, but not cocaine and heroin.

“Those are extremely dangerous and do not have any medical benefit to them,” she said. “The potential for abuse and harm is way too high to ever consider doing such a thing as that.”

Wexton said she supports funding evidence-based drug treatment. But she didn’t take a position on whether medication-assisted treatment like Suboxone, which has been scientifically proven to be effective, is superior to abstinence-only, 12-Step programs like the one at Edgehill.

Deborah Millette, Edgehill executive director, said about 95% of clients graduate from the 30-day inpatient and 26-week aftercare program, However, Edgehill doesn’t track relapse rates of clients after they leave the program.

Prior to the ride along, Wexton a former Loudoun County assistant commonwealth’s attorney and state senator, said she appreciated the feedback she got on Friday.

“We have a very special group of people here in this community doing great work,” she said. “We have a model that we can replicate in other parts of the commonwealth and, hopefully, the country.”

Conservative, yhats part of problem. Docyors are not subscribing opoids hence pushing more people to street for pain control. The legitimate patients arent getting pain meds. Look at the age of opoid addicts its steadily on incline. Most do not start with iv use but most eventually end up there . The legimate pain clinics that prescribed opiates for chronic pain did not taper use and did not prescribe medications to help withdrawal. Not all clinics but some. Ive known people, not in va, that were legaly at legitimate hospital based clinics, age 72 that were prescribed opiates for years and wete made to go cold turkey. This is wrong.....

I understand that there is a rapid derx available but not in Usa. I could be wrong, but iy seems if detoxed, no suboxone and inpatient mental care preferably long term may actually help addicts. Why substitute one drug for another. If an addict does not want to help themselves nothing will do any good. You are right about. People with real pain can get no relief because God knows everyone is a drug seeker. Stopping opiates for real patients has increased illegal opiate use. If one drug is not available addicts will switch to what is. You only get the dragon once and you will be chasing the dragon for the rest of your life. We are soending all this money on rehab which most will relapse from