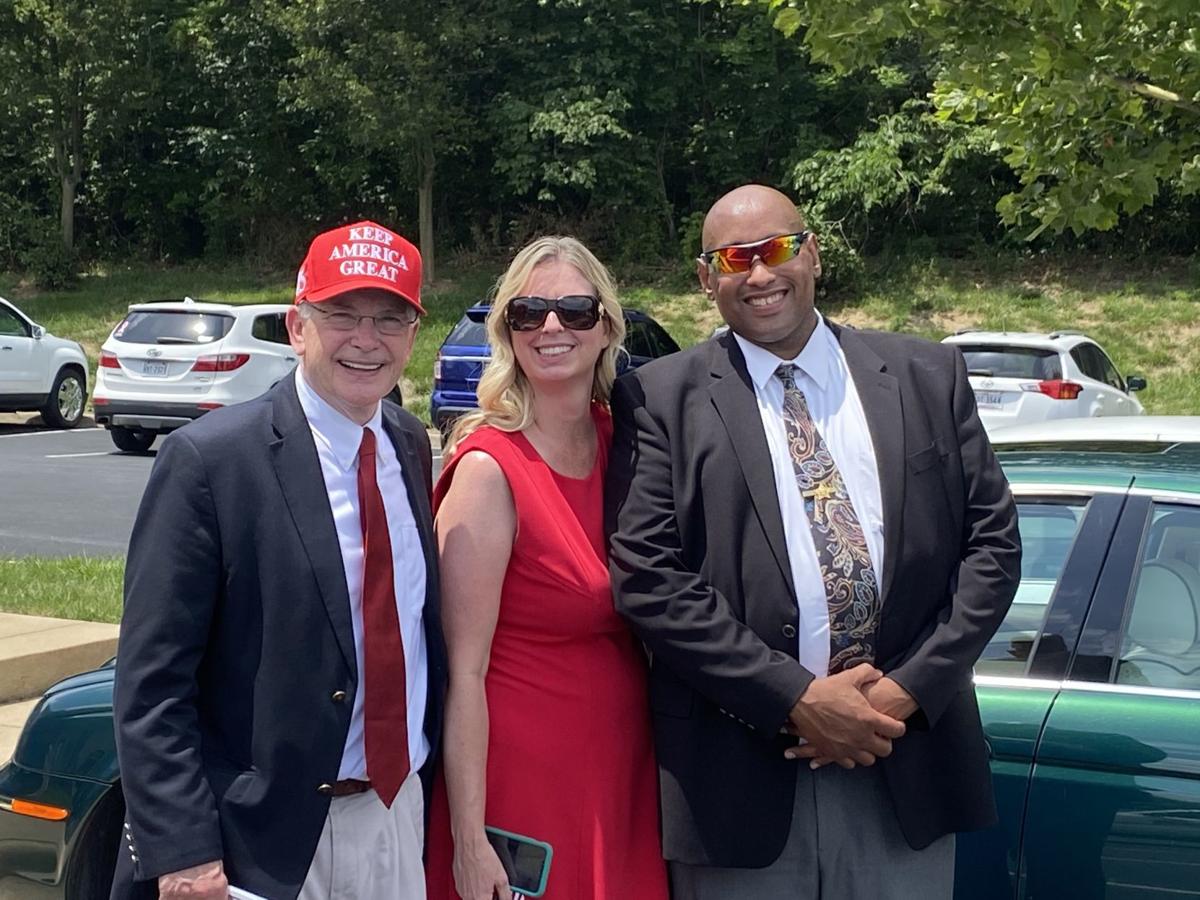 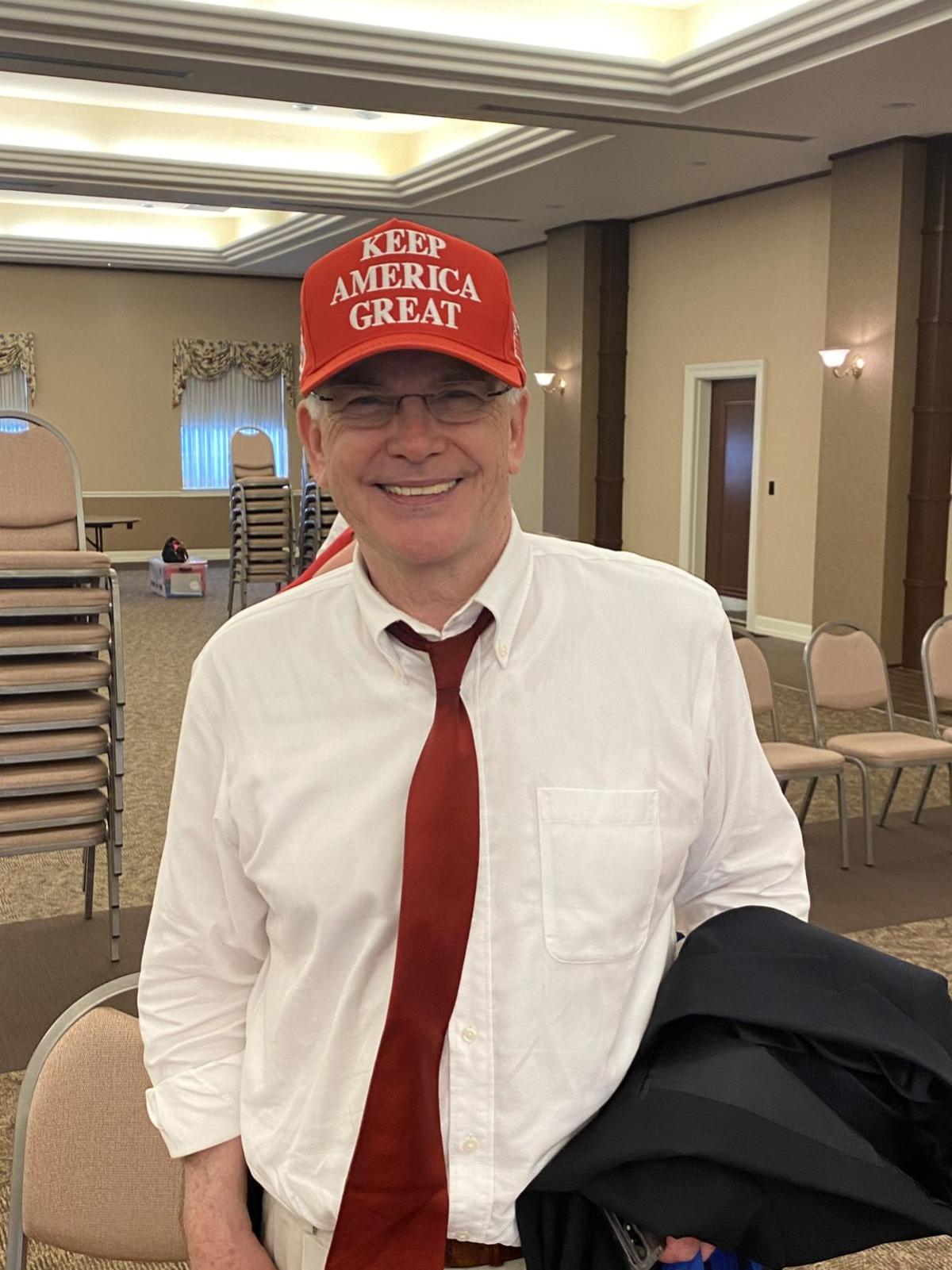 “It feels good,” Stegmaier, 72, said about clinching the GOP nomination. “I feel as though my experiences kind of fit well with the population of the Shawnee District. I feel like I will be able to represent them well if I become the supervisor.”

The Shawnee District is currently represented on an interim basis by Gene Fisher, who was appointed by the Board of Supervisors in December to fill a vacancy created when Shannon Trout stepped down in November because she was moving out of the area. The winner of the special election will serve the remainder of Trout’s four-year term, which expires Dec. 31, 2021.

Stegmaier, who is retired, previously worked as community outreach director for former 10th Congressional District Rep. Barbara Comstock, a Republican. He served as chairman of the Frederick County Republican Committee from 2009-2011. In November, he ran for the at-large seat on the Frederick County School Board, but lost to Brian Hester.

If elected to the Board of Supervisors, Stegmaier said one of his top priorities would be “protecting the Second Amendment.” Although laws dealing with gun control are passed at the federal and state levels, many localities throughout Virginia have passed resolutions declaring themselves “Second Amendment sanctuaries.” The Frederick County Board of Supervisors in December unanimously adopted a resolution opposing any laws that would infringe on the rights of its citizens to keep and bear arms. Virginia Attorney General Mark Herring has said these resolutions “have no legal effect.”

Stegmaier also said he wants to keep taxes low while making sure “our county schools and public safety professionals are adequately funded.” And he wants more communication between the Board of Supervisors and the School Board, saying he thinks there should be a liaison between the two boards.

He said he would “scrutinize efforts by Democrats promoting vote-by-mail balloting, which can be easily compromised.” The Associated Press reports that, historically, there is no evidence of widespread voter fraud through mail-in voting. Earlier this month, The Washington Post provided an analysis of mail-in ballots. The data, which was collected by three vote-by-mail states with help from the nonprofit Electronic Registration Information Center, identified 372 possible cases of double voting or voting on behalf of deceased people out of about 14.6 million votes cast by mail in the 2016 and 2018 general elections, or 0.0025 percent.

“Shawnee District voters let their voices be heard today, and I respect their choice,” Holliday said.

Those who participated in Saturday’s firehouse primary were required to sign a pledge saying they would support the Republican nominee in November.

“The process was fair, the candidates were all qualified, well-known in the community and well-respected,” said Frederick County Republican Committee Chairman Al Sibert. “So I didn’t feel like us, as far as looking for a Republican candidate, could have been any better represented. Anyone of the three was a great candidate. One always has to be the winner and Mr. Stegmaier has a life of community service. He’s a hard worker. He’s not scared to get out and talk to the citizens and pound the pavement, and I’ll think he’ll be a wonderful representative once he’s elected in November.”

Stegmaier is a complete joke!!!

Winchester STAR thumps another Republican again! No surprise!! Elected candidate David Stegmaier has stated "He said he would “scrutinize efforts by Democrats promoting vote-by-mail balloting, which can be easily compromised.” What could be wrong with that statement? Well if you are a Dem or the STAR you pick by throwing untrue statements by AP that deny mail in ballot fraud and sidling up with a completely biased WAPO. Winchester STAR needs to do better! Shame!! Winchester STAR means Winchester Stop Trump And Republicans. So sad!

The liberal crybabies come out of the woodwork [beam]

The problem is that, like his run for school board, many of his platforms are far above his pay grade. The counties do not get to determine how to enforce laws. There are only so many things a supervisor can do.

In an article reporting an event, Josh Janney decided to become a political hack again. He had to refute by using a straw man. That's what hacks do. They can't just report. It begins, "The Associated Press reports that, historically, there is no evidence of widespread voter fraud through mail-in voting." First, who cares what the AP says? Second, one could have said that about airline security on 9/10/2001. Mr. Stegmaier was talking about **future** elections because of the inherent **vulnerabilities** of mail-in. So just because we can't point to documented evidence (which I think we can), in no way negates the risk to election integrity. That is why it's a straw man. Janney thinks he is being clever; he is not. Be a journalist. Report what happened and what people said. Leave your own personal opinions out.

So funny to hear my Leftist friends & family complain about how "right wing" the Star is. I think what they mean is that it isn't fanatically Left... yet.