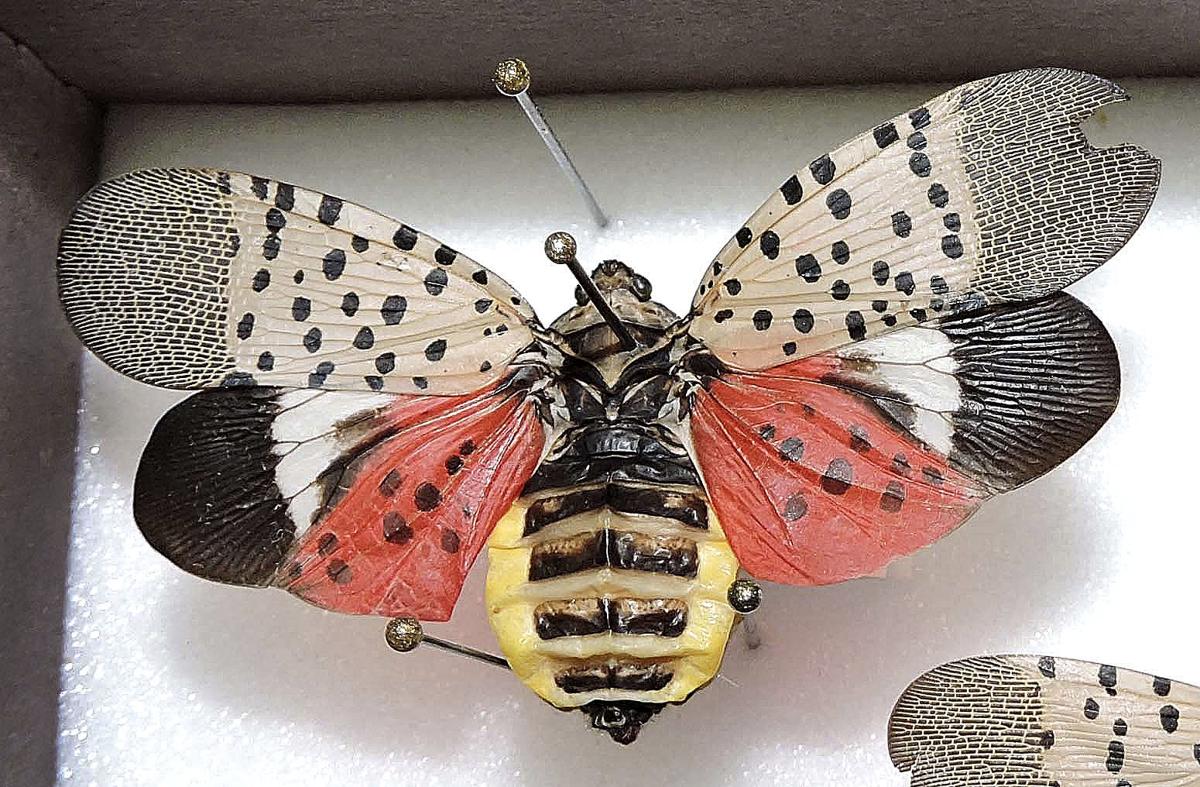 The invasive spotted lanternfly has been spotted in Clarke County. It is already a concern in Frederick County and Winchester as well as other parts of Virginia, New Jersey, Delaware and Pennsylvania. 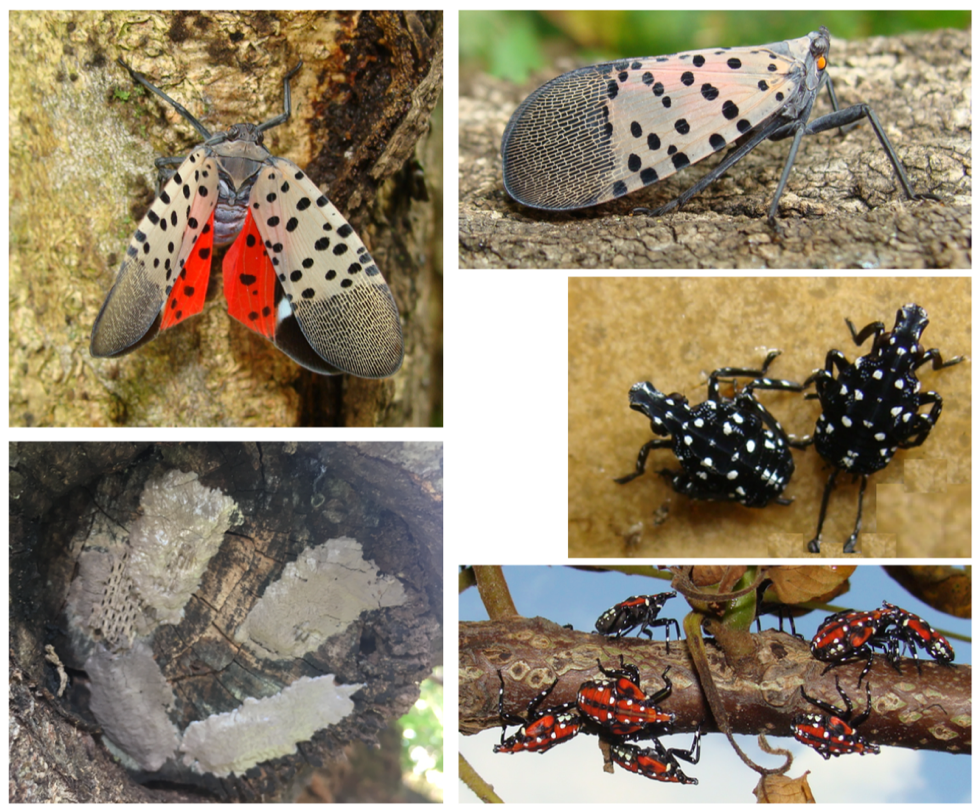 Clockwise, this image shows an adult spotted lanternfly and a side view of one; early nymphs; full grown nymphs, and egg masses.

The invasive spotted lanternfly has been spotted in Clarke County. It is already a concern in Frederick County and Winchester as well as other parts of Virginia, New Jersey, Delaware and Pennsylvania.

Clockwise, this image shows an adult spotted lanternfly and a side view of one; early nymphs; full grown nymphs, and egg masses.

BERRYVILLE — A destructive insect that invaded Winchester and Frederick County last year has made its way into Clarke County.

State and county officials are urging landowners and commuters to take steps to try and stop the bug from further migrating so it will not harm trees and plants.

Native to China, India, and Vietnam, the spotted lanternfly first was identified in the United States in 2014 at a Pennsylvania business that imports stone products. The following year, VDACS inspectors began monitoring a Frederick County stone yard that bought products from the Pennsylvania firm. VDACS inspectors discovered the insect at the Frederick business in January 2018.

Since then, homeowners in the Winchester area have seen the insect “in pretty high populations,” MacIntyre said.

And, “there’s a good chance you could find it” currently in eastern Frederick County, between Winchester and Clarke, she said.

“Anyone in Clarke County needs to be concerned,” MacIntyre said. “They could be anywhere because of their tendency to hitchhike” on cars, trucks and trains.

They do not fly, even though adults have wings. Spotted Lanternfly nymphs crawl to host trees, where they develop into adults that crawl, hop, or flutter short distances.

Spotted lanternflies prefer to feed on Tree of Heaven, also known as the ailanthus tree, another non-native, invasive species from China. Yet they eat numerous other plants and trees, including grapes, hops, fruit trees, shade trees and vegetables. They weaken or kill them by piercing and sucking sap through bark and stems.

The insect hatches in the spring. At this time of the year, people may see egg-laying adults and egg masses on tree trunks, stones, concrete and metal surfaces such as vehicles.

Nobody should panic because of the insects’ migration, MacIntyre said.

Still, “everyone should be concerned,” said Mark Sutphin, a Winchester-based unit coordinator for agriculture, natural resources and horticulture for the Virginia Cooperative Extension.

VDACS and Extension are trying to get rid of spotted lanternflies through insecticide and herbicide applications. However, they are asking for the public’s help in monitoring the migration of the insects by looking for them, killing them and then reporting them.

“We try to treat as many trees as we can” with insecticides, MacIntyre said, through a cooperative program with the U.S. Department of Agriculture. “But the lanternflies are spreading faster than we can treat the trees.”

Spotted lanternflies do not bite, MacIntyre said, but they swarm. Their excrement, called “honeydew,” makes a sticky mess on surfaces, she said. It is a food for other insects and a breeding ground for fungus.

MacIntyre recommends using diluted bleach or a commonly-sold insecticide product to kill spotted lanternflies. Herbicides can be used on plants, she said. But do not cut down or move plants and trees, she advised, because that can spread the insects.

She urges people to inspect vehicles, birdbaths, lawn furniture and any other outdoor items for evidence of the lanternflies.

Anyone who believes they have discovered egg masses, nymphs or adults can contact Sutphin by phone at 540-665-5699 or email at mark.sutphin@vt.edu. They also can stop by the Extension office at 107 N. Kent St. in downtown Winchester.

For more information about the insect, go online to ext.vt.edu/agriculture/commercial-horticulture/spotted-lanternfly.

would love to see a photo of the other life stages including the overwintering cocoon .

More detailed information (including photos) is available on the Virginia Cooperative Extension website: