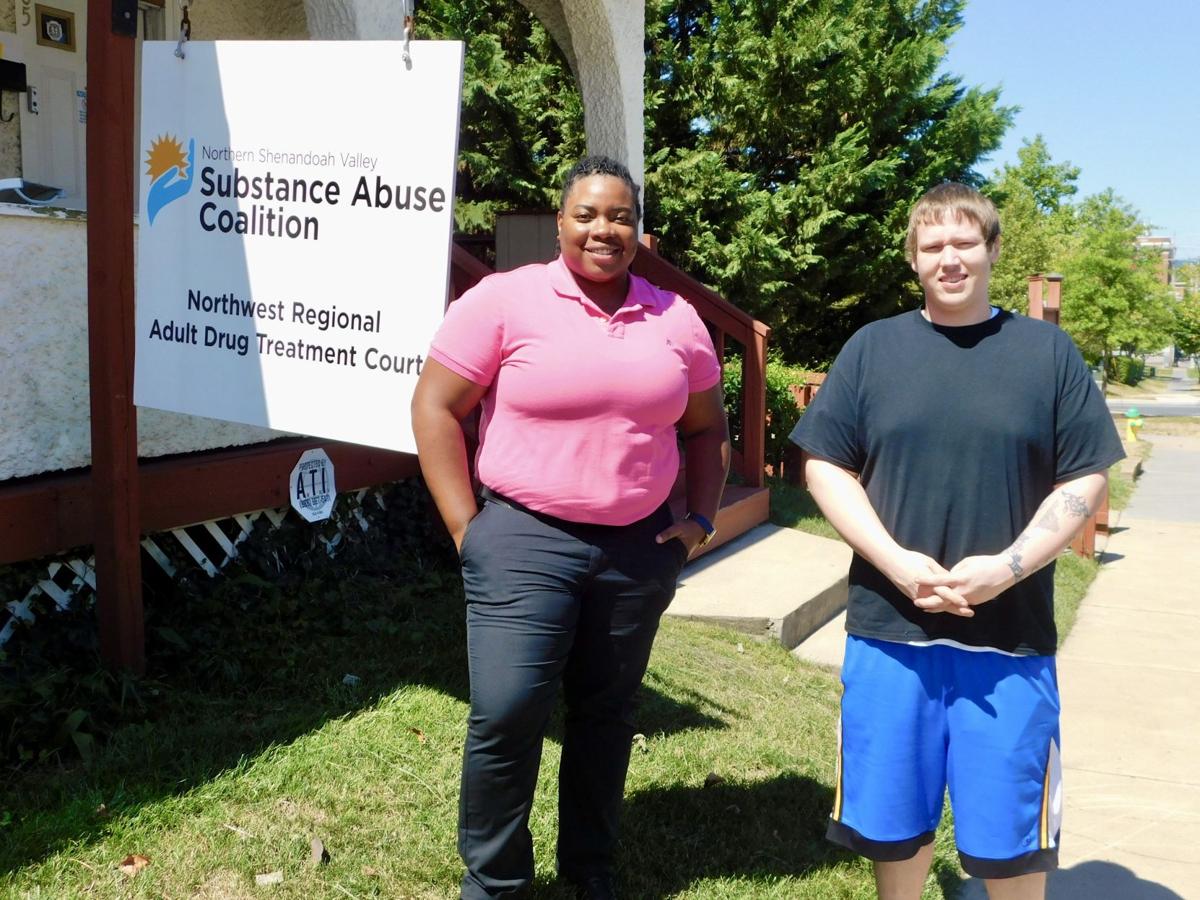 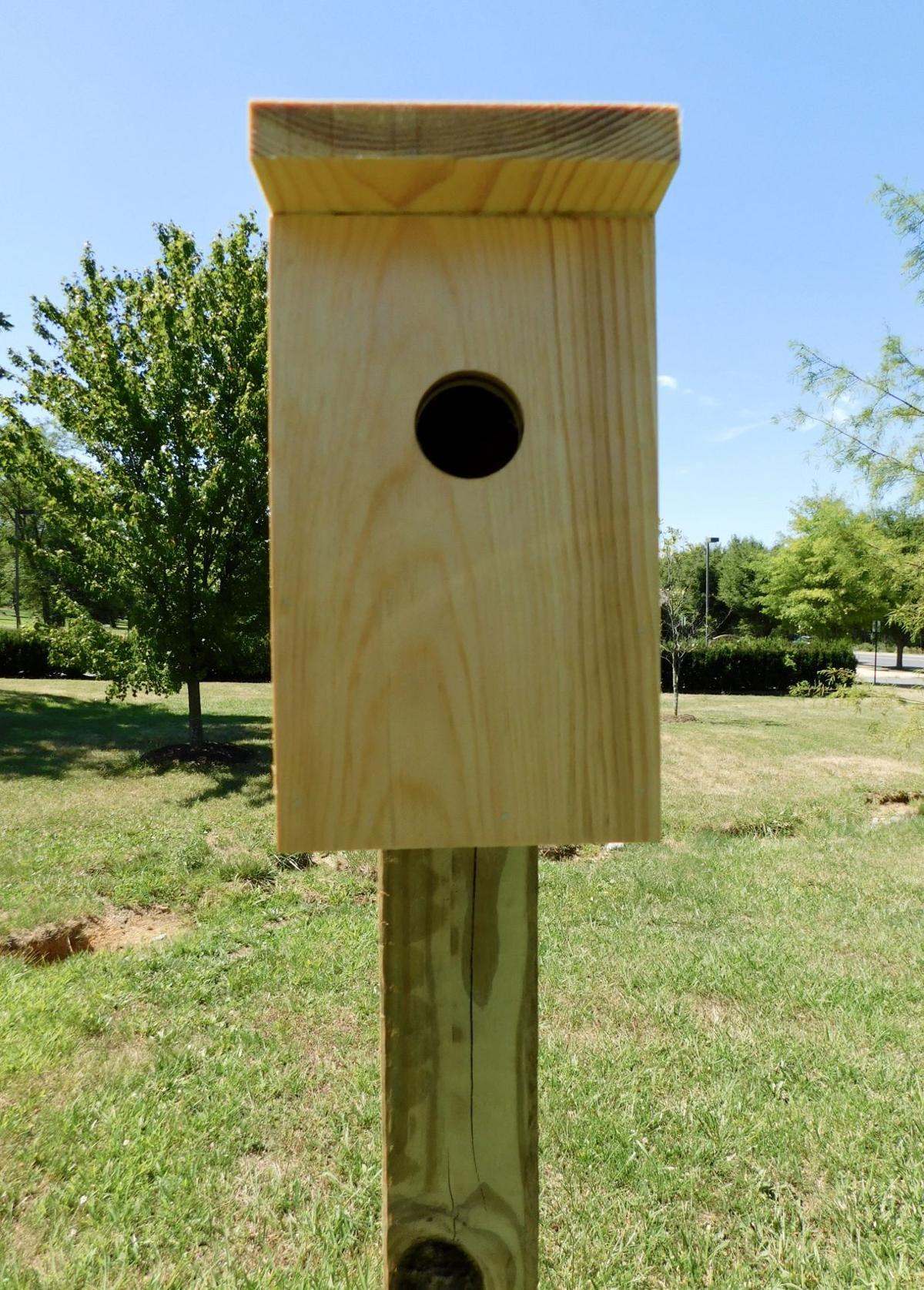 This is one of five birdhouses in Jim Barnett Park that were built earlier this month by Northwest Regional Adult Drug Treatment Court participant Dustin Menefee. This one is in the park’s arboretum.

This is one of five birdhouses in Jim Barnett Park that were built earlier this month by Northwest Regional Adult Drug Treatment Court participant Dustin Menefee. This one is in the park’s arboretum.

WINCHESTER — Dustin Menefee never wanted to be an addict, but by the time he realized he was, he was already in trouble with the police.

Instead of going to jail, the 29-year-old Winchester resident was diverted into the Northwest Regional Adult Drug Treatment Court, a strict 18-month recovery program that gives select offenders an opportunity to avoid incarceration and get sober.

Menefee didn’t want to be defined as an opioid addict, so he embraced his chance for a fresh start. On Wednesday, he said he had not touched drugs since entering the program in February 2019.

“Dustin’s been doing really well,” Cadoree said. “I would love to say we have a wider array of individuals that take it as seriously as Dustin.”

One of the drug court program’s final requirements is the completion of a community service project. Instead of viewing this as a punishment, Menefee said he wanted to show his family, friends and neighbors that he’s eager to give back and move forward with his life.

“One of my counselors told me to do something I’m passionate about,” Menefee said. “I like nature, I like wildlife, so one night it came to me: ‘I’m going to build birdhouses.’”

He shared his idea with Cadoree. “I thought it was amazing,” she said.

Menefee wanted to put his birdhouses in Jim Barnett Park, so he got the green light from Winchester Parks and Recreation Director Lynn Miller.

Utilizing a friend’s tools, Menefee built five bluebird houses in a single day. With the assistance of the park’s maintenance crew, he had them all in place by July 22.

During Monday night’s meeting of the Winchester Parks and Recreation Advisory Board, Miller praised Menefee’s work and encouraged board members to check out his gift to the community. The five birdhouses are spread throughout the park, with the easiest ones to find being in the arboretum area near the War Memorial Building.

Menefee works full-time at Schenck Foods in Winchester and is a student at Lord Fairfax Community College in Middletown. He is scheduled to graduate from drug court this fall. He said he hopes the birdhouses will help the community understand the extent of his resolve to stay clean and sober.

“There are still times when I’ll have a memory [of using drugs],” he said, “but overall, I don’t have the drive to do that anymore.”

Congratulations, Dustin. You are a strong man. You should be proud of your accomplishments.

The birdhouses look great Dustin. Stay strong stay busy. If I may make a suggestion. I found riding my bicycle was a great way to stay health and its a great stress reliever...

Outstanding sir. I will pray you may keep your sobriety for the rest of your life. I also love nature and will definitely see the bluebird houses.

Good work young man. Keep it up. You are an outstanding example. I wish you well!!