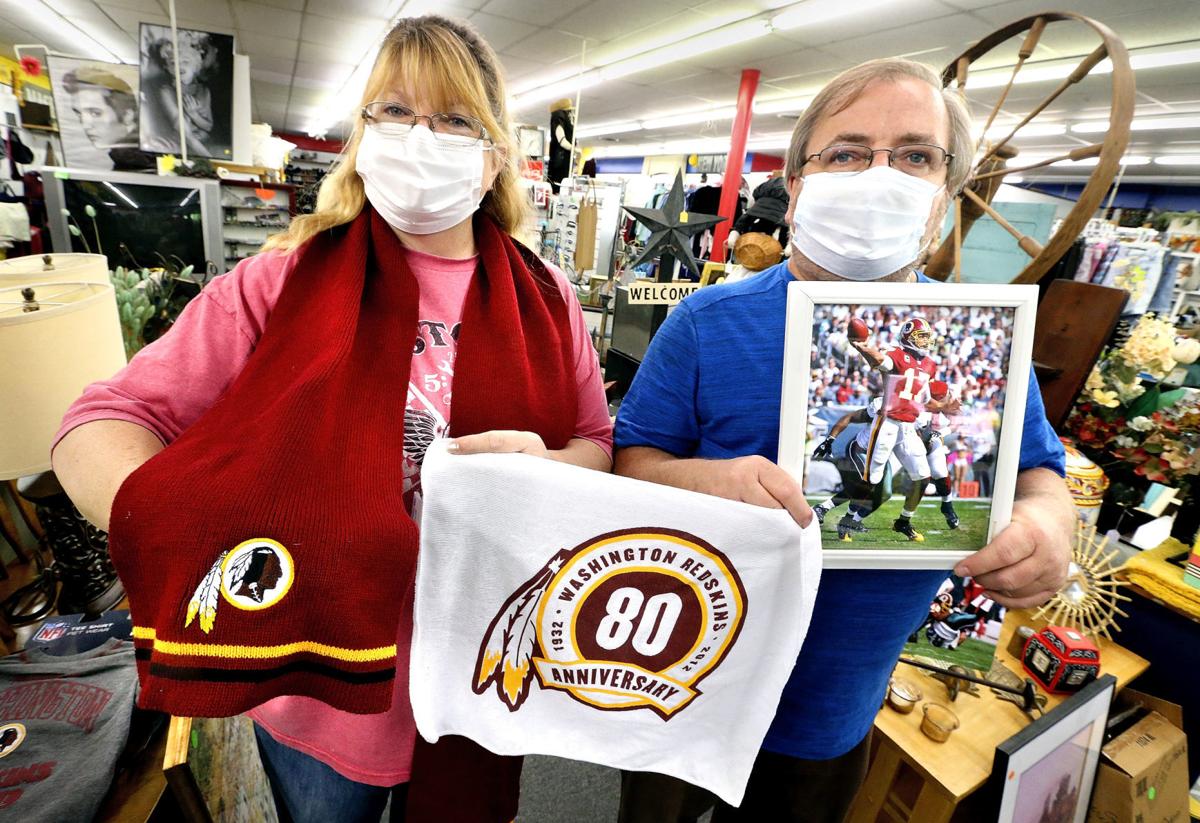 Affordable Everything Thrifts and Appliance owners Coralynn Gladis and her husband Stephen Gladis are fans of the Washington Redskins and don’t like the fact that the Redskins name is being retired. The couple are shown holding a souvenir towel from the team’s 80th anniversary while Coralynn holds a scarf that is for sale in their Valley Avenue store. Stephen is shown holding a photo of former Redskins quarterback Jason Campbell which he keeps in his office. Overall, interviews with area fans and residents reveal mixed emotions about the name change. 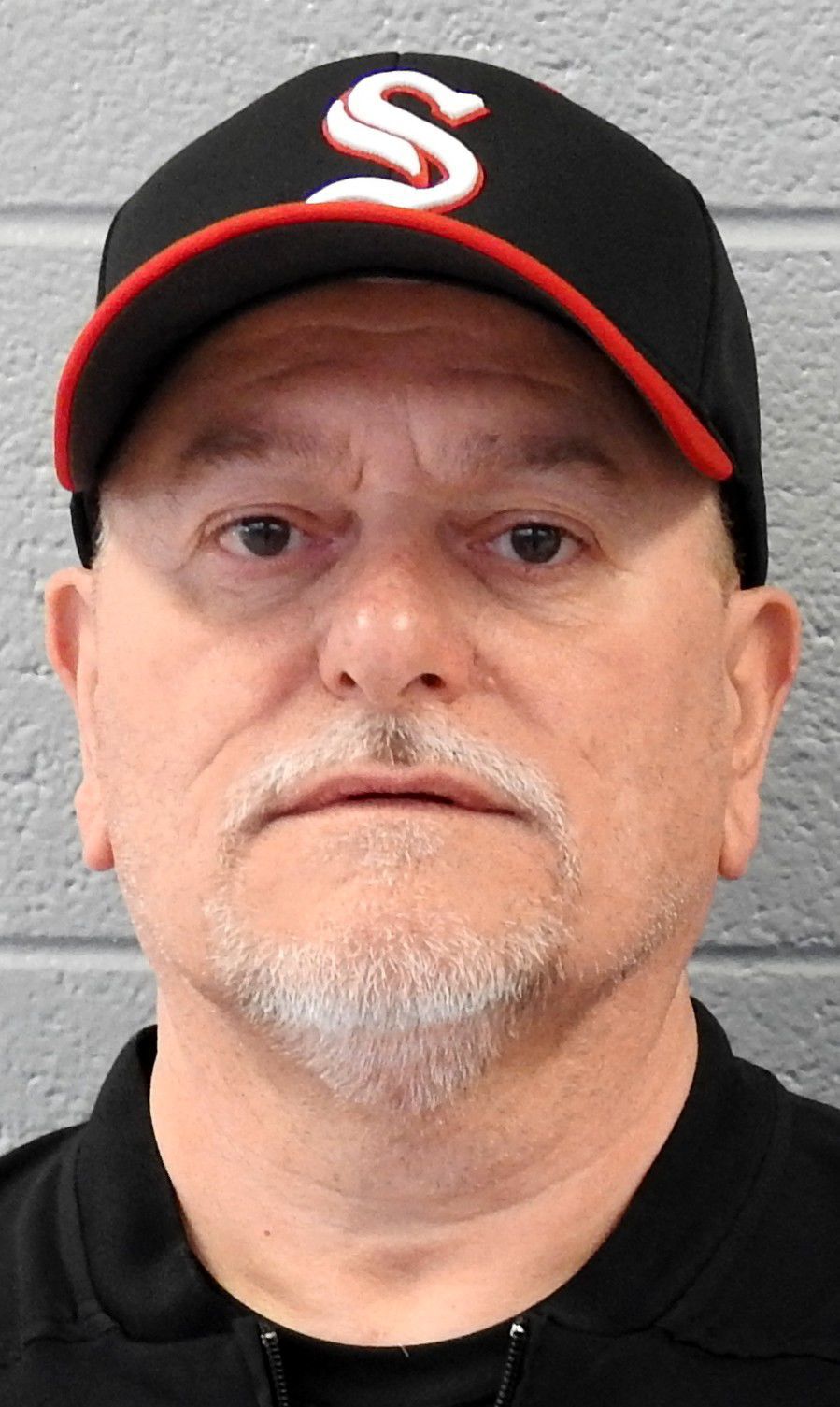 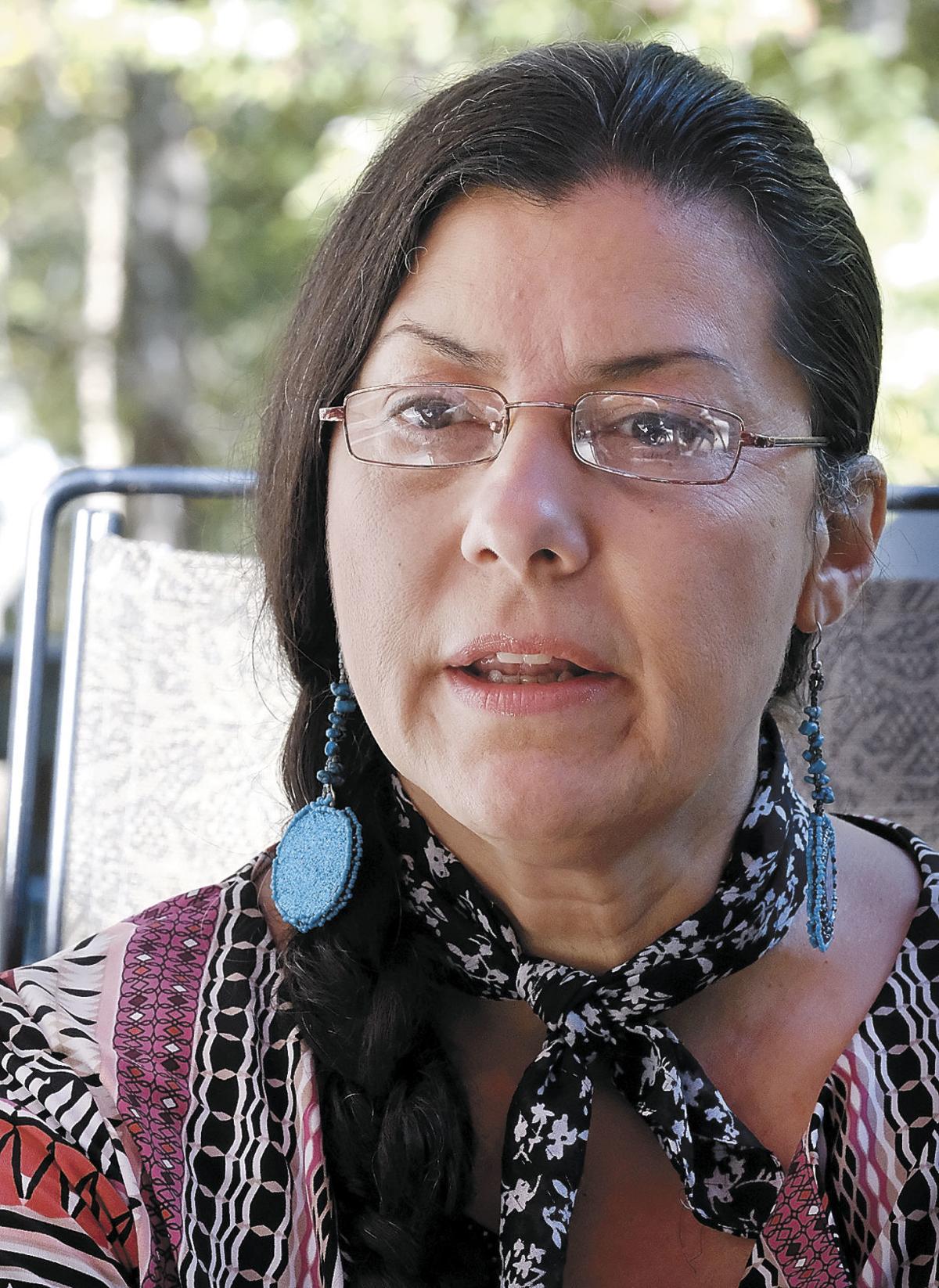 In 2018, the Washington Redskins’ saw their 50-year streak of selling out their home games come to an end.

Even though there was some skepticism about the numbers in the last decade of that run due to lack of success, there was obviously a lot of passion directed toward the team during that five-decade run.

Not surprisingly, the franchise’s decision to abandon the controversial name — it did not announce a replacement on Monday — has generated a lot of opinions.

The Washington Post noted that in 1898, Webster’s Collegiate Dictionary defined “redskin” as “often contemptuous.” Currently, dictionary.com has eliminated the “often” and states it is a “contemptuous term used to refer to a North American Indian.”

Sherando baseball coach Pepper Martin is 63 and has been a Washington fan for 57 years. He understands why lifelong fans are struggling with the name change, but he also understands why the move is being made.

A large number of people on social media are claiming they’ll stop pulling for the team, but Martin won’t be giving up his fandom.

“It’s come to the point where obviously it is a racial slur to Native Americans,” Martin said. “I could eventually see this day coming, but when it comes you’re caught off guard a little bit.

Prosser added, “The right thing is occurring. I’m excited to see what the new change is. I’m happy they’re keeping burgundy and gold [as the team colors], but the name change is certainly long overdue.”

Prosser said he’s among those who will stay loyal to the team, as tough as it can be nowadays. With just six playoff appearances since winning Super Bowl XXVI after the 1991 season, there hasn’t been much to smile about in the last three decades.

Steve Sipe, 43, of Clarke County said the name Washington had before didn’t bother him, and it doesn’t bother him that the name is changing. He’ll continue to support the franchise.

Some fans of the team hate to see the team name go because of all the fond memories that are associated with the name. The Boston Braves changed their name to the Redskins in 1933, and the name had been in place ever since the franchise moved to Washington in 1937.

While times have been rough since Super Bowl XXVI in 1992, Washington was one of the NFL’s premier franchises in the two decades prior with three Super Bowl titles and five Super Bowl berths.

Middletown Mayor Charles Harbaugh IV, 33, has a close connection with Washington’s NFL team. He’s friends with many of the players, and for each of the last four years he’s had Washington players take part in the annual Middletown July 4th Celebration Parade. Harbaugh said he attends all of the team’s home games in the regular season and preseason.

“Obviously, very heartbreaking,” said Harbaugh of the name change, which Washington first announced it was exploring on July 3. “To have something you grow up with and you think will be constant ... to change, it’s a very sad thing.

“There’s not a lot of people happy about it, players alike, and I know a lot of players. They’re not thrilled about the team name change. It’s a lot of history and tradition being swept away because of a [politically correct] culture. I think it’s a proud name, it’s not a derogatory name. You name teams out of pride.”

Harbaugh said he’s Facebook friends with Bobby Wetzel, the grandson of Walter “Blackie” Wetzel. Walter, a Native American, designed the team logo in 1971. Walter grew up on the Blackfeet Reservation in Montana and was eventually elected president of the National Congress of American Indians in D.C. Harbaugh says Bobby supports the name and the logo.

Clarke County resident René Locklear White, 55, is Lumbee Indian and is a retired U.S. Air Force Lt. Col. She said she’s neither for or against the name change, stating, “Why would a mountain lioness concern herself with quibbling’s of sheep?”

White doesn’t believe all fans that use the term “Redskins” when referencing the team are racists. She’s appreciative of those who see the honor in the name, and understands why there’s frustration that the name is being removed from the franchise.

“On behalf of our ancestors, ‘Washington Redskins’ fans, thank you for seeing this name and mascot as a symbol of pride,” said White in a statement. “Thank you for seeing past skin color to honoring the warrior spirit of our people for all these years. Now, there’s a movement in the Spirit among the people that isn’t easy to stop, rising up like a giant wave.

“To those who can make anything racist, shame on you. Your racism is a western teaching of self-seeking and division in the mind and the heart.

“My people know what it feels like to have our names changed, too. Our history erased. And basically our whole language and way of life taken away. As long as we are limited to English, be ready for crucial cancel culture movements like this. I wish we could bring back our Native living languages so everyone could speak truth with no way to distort words.”

Once the Redskins announced they were reviewing their name, Harbaugh said he wished there would have been an opportunity for the public to vote on whether Washington should keep it. He believes the vast majority would have been in favor of leaving the name as is.

“I think there should be some sort of formal polling,” Harbaugh said.

Polling results have been mixed in recent years. A Washington Post poll from 2016 revealed 9 out of 10 Native Americans were not offended by the name. The poll surveyed 504 people across every state and the District. But in February, a UC Berkeley study found that “57 percent who strongly identify with being Native American and 67 percent of those who frequently engage in tribal cultural practices were found to be deeply insulted by caricatures of Native American culture.” More than 1,000 self-identified adult Native Americans representing 50 states and 148 tribes were a part of that study.

No matter the results, both polls show that there are Native Americans out there who are offended. And Martin said people need to be aware of the feelings of Native Americans.

“As a fan, I didn’t really realize the level of the name being disparaging to Native Americans because I just looked at it as a team name,” Martin said. “They look at it much deeper, which is understandable. In the 1800s, they had ads in some of the papers paying for the scalps of Redskins when everybody was pushing west.

“It was obvious things were going to change eventually [with this team name], and the time is now.”