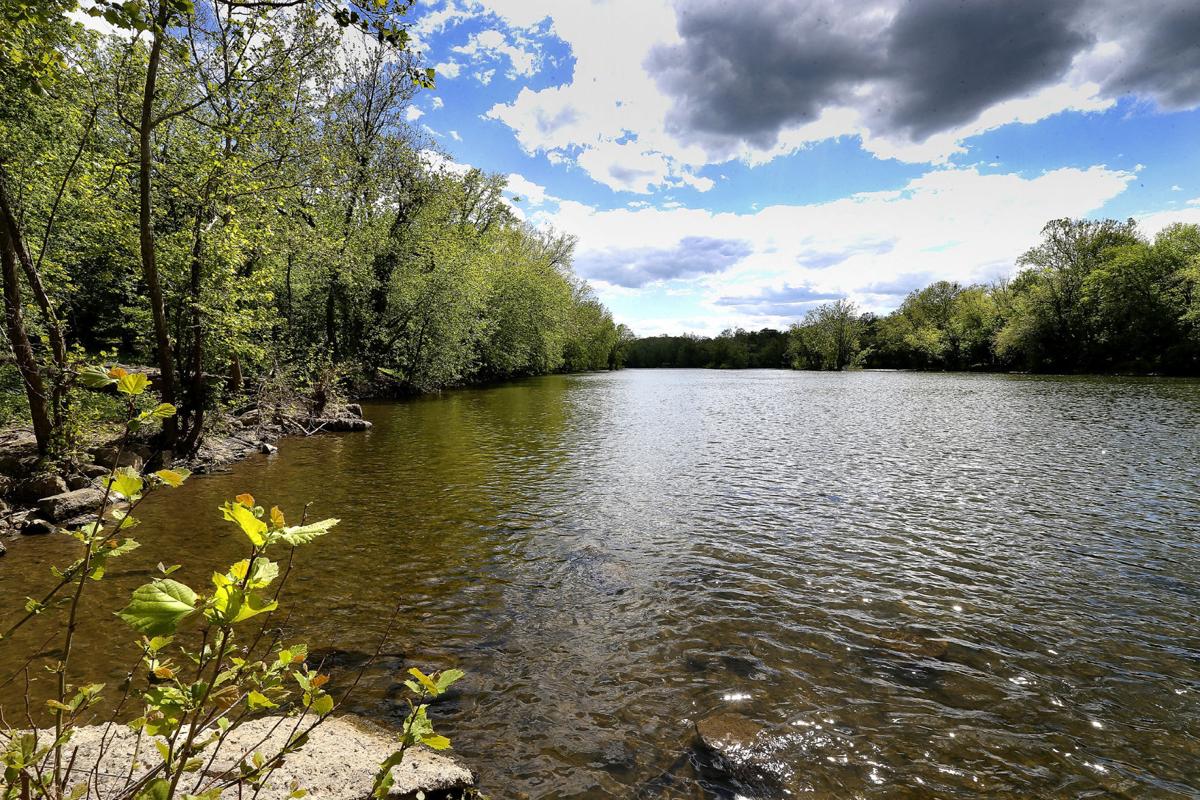 The Shenandoah River flows toward West Virginia after passing through Clarke County in this view seen from underneath Harry Byrd Highway (Va.7) east of Berryville Thursday. 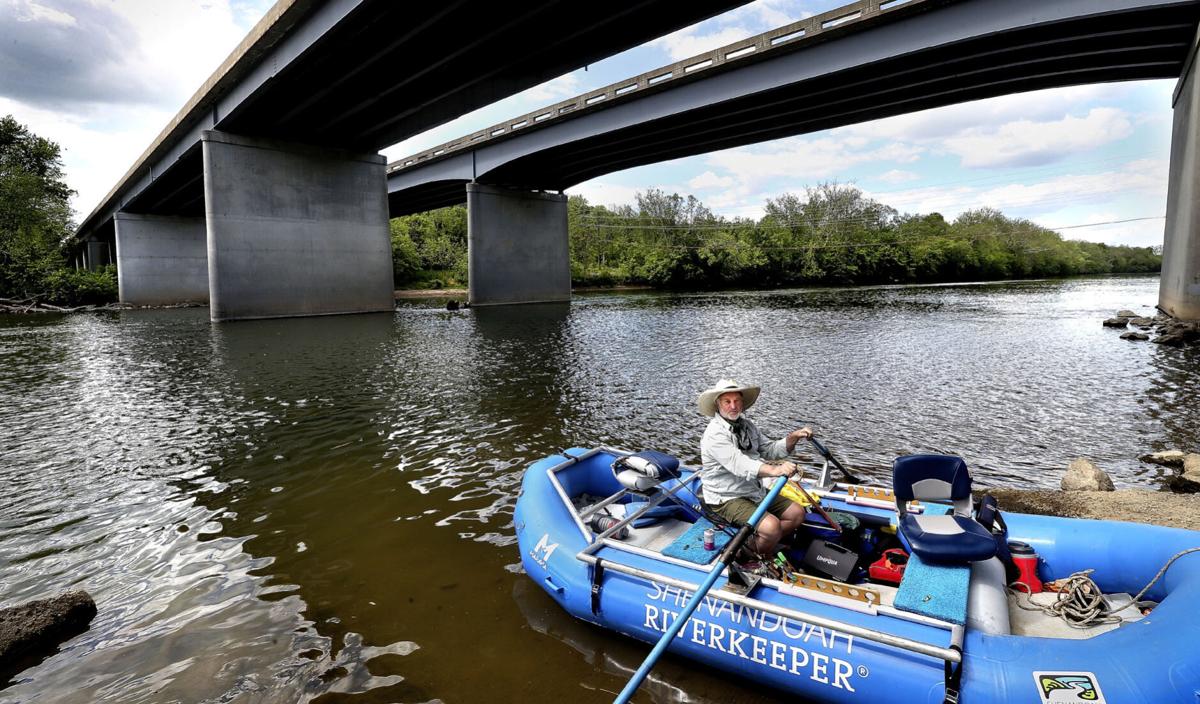 The Shenandoah River flows toward West Virginia after passing through Clarke County in this view seen from underneath Harry Byrd Highway (Va.7) east of Berryville Thursday.

BERRYVILLE — It’s fine to enjoy the Shenandoah River. Just don’t go swimming or splashing around in it.

After all, nobody wants to take a chance of getting a mouthful of contaminated water that could make them sick.

That advice is from the Environmental Integrity Project (EIP), a Washington-based nonprofit organization striving to have environmental protection laws enforced and strengthened.

According to the EIP, data from the Virginia Department of Environmental Quality last year revealed that 18 of 25 water monitoring sites (or 72%) in the Shenandoah Valley, along rivers and their tributaries, had E. coli bacteria levels above the U.S. Environmental Protection Agency’s recommendations for swimming.

E. coli bacteria is common in the environment, foods and intestines of both human and animals. While most E. coli strains are harmless, some can cause sickness including severe or bloody diarrhea, urinary tract infections and pneumonia and other respiratory illnesses, medical websites show.

People contract E. coli through contact with human or animal feces. Agricultural runoff — including manure from livestock and poultry farms — is a contamination source for 71% of polluted river and stream miles in the Shenandoah Valley, state statistics indicate.

Despite the high bacteria levels, the state posted no signs last year alerting water recreation enthusiasts to the potential health threats, unlike swimming advisories posted at beaches and in saltwater fishing areas, said Tom Pelton, the EIP’s director of communications.

Locally, the Shenandoah River stretches through Clarke County. Berryville, the county’s largest town, gets its drinking water from the river. The water is treated, and any harmful substances are removed, before it’s distributed to town customers.

Chlorine is the best substance to use to disinfect water, Tyrrell said. The town’s water treatment plant closely monitors chlorine levels to make sure too much doesn’t get into the water, he said.

Last year, the DEQ sampled water at only one location in Clarke — along Dog Run, a tributary of the river east of Berryville. Sixteen samples were taken between January and November. None showed E. coli levels above the EPA’s recommended Beach Action Value (BAV) of 235 colony-forming units per 100 milliliters of water. As a result, the tributary is deemed safe for swimming at that location, a map on the EIP’s website shows.

The BAV basically is “the recommendation that the EPA uses to warn people there’s too much fecal bacteria to swim” in the water, Pelton said.

Yet many parts of the river and its tributaries are shown as being unsafe for swimming and/or in need of a bacteria cleanup plan, the map indicates, based on previous data. Pelton said the DEQ would be responsible for developing such plans.

The bottom line: Taking a canoe, kayak or raft down the river should be safe, Pelton said.

“Just don’t put your head under the water,” he said.

Along with swimming, he wouldn’t recommend going inner-tubing along the river, as there’s a risk of falling in the water.

Statewide, the number of waterway bacteria sampling locations has declined. An average of 70 sites on Shenandoah Valley waterways were sampled between 2015 and 2018, but only 35 were sampled in 2019, followed by 25 last year, the EIP reported.

In Clarke County, Pelton said, the lone sampling location last year was down from five in 2019.

State environmental officials say “COVID-19 has made it harder form them to get into the field to do much sampling,” he said.

And, the state is changing its bacteria monitoring system. Fewer locations are going to be monitored more frequently, said Pelton.

“The river and its users cannot afford the sleight-of-hand technique employed by authorities on water quality standards,” said Mark Frondorf, the official Shenandoah Riverkeeper. He’s part of the Potomac Riverkeeper Network, an organization that works to protect area rivers through advocacy and legal action.

“The solution,” Frondorf said in a prepared statement, “is not to lower the standards so that the public is misled into thinking the river is safe for contact, but rather to enhance the standards, then act to resolve the impairment.”

One way to keep fecal bacteria from getting into rivers is for farmers to fence in their properties. About 80 percent of the valley’s cattle farms aren’t yet fenced, Pelton said.

The state has programs reimbursing farmers for up to 100% of their costs for doing that, he pointed out.

Still, “Virginia should strengthen its bacteria standards and post swimming advisory signs in freshwater areas used by rafters and swimmers that are contaminated with fecal bacteria, especially now that rafting and tubing season is starting up on the Shenandoah River,” said EIP Executive Director Eric Schaeffer.

“People might be upset by warning signs,” said Schaeffer, the EPA’s former director of civil enforcement. “But the signs would increase public pressure on state lawmakers to invest the funds and effort needed to reduce pollution.”

The main stem Shenandoah ,NF ,SF Shenandoah meet the old water contact standard during the swimming season (Mid May to late Sept) when the flow in cfs is less than the drainage area in square miles and it has not rained more than 0.5 inches in the previous 2 days and that is most the time. The E. coli in the Rivers come from overland runoff not cattle.

In 2020 FOSR measured E.coli 251 times and the USGS/DEQ measured E. coli 51 times for a total of 301 measurements during the swimming season.

EIP and the River keeper are presenting very misleading information. The Rivers have been adequately measured during the swimming season. DEQ is providing 7 million in 2021 for the 3 Valley Conservation Districts to install practices that reduce pollution.