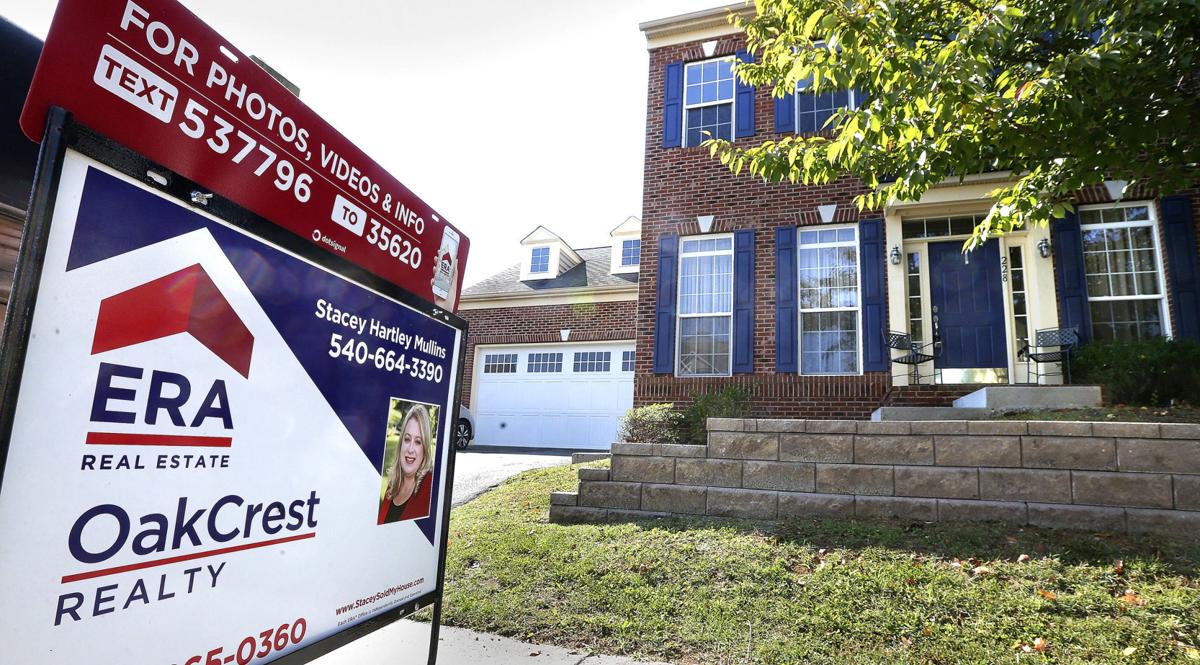 This single-family home is for sale on Bradford Drive in the Meadow View community in Boyce. 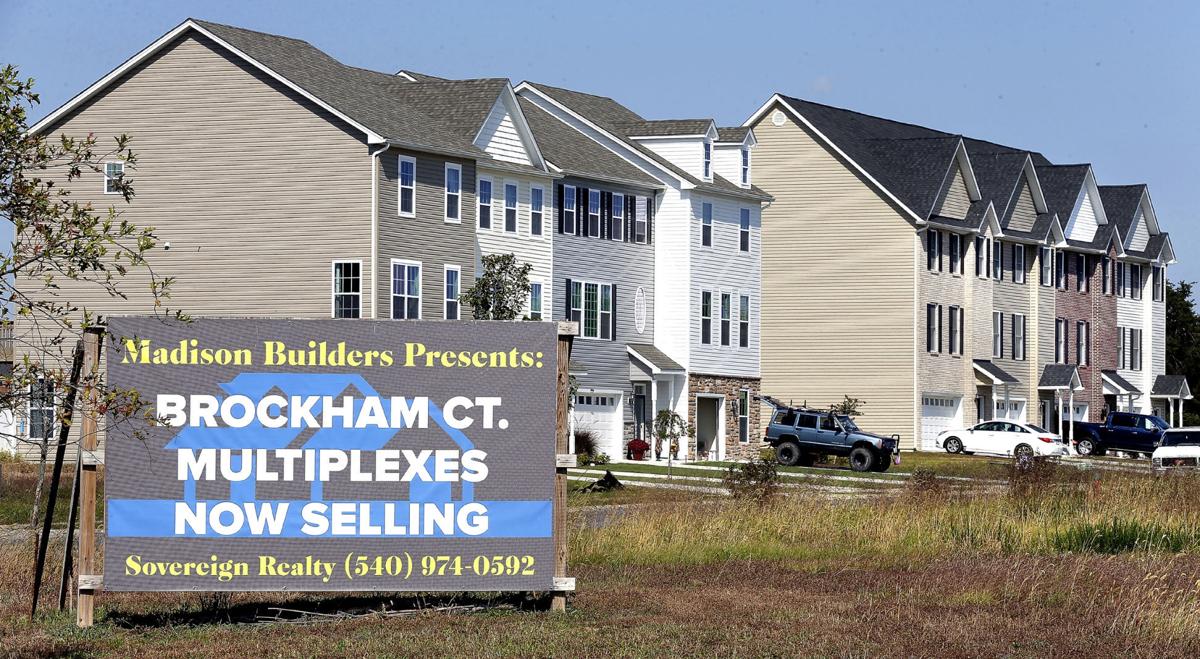 New townhomes are for sale on Brockham Court off Farmington Boulevard in Frederick County. 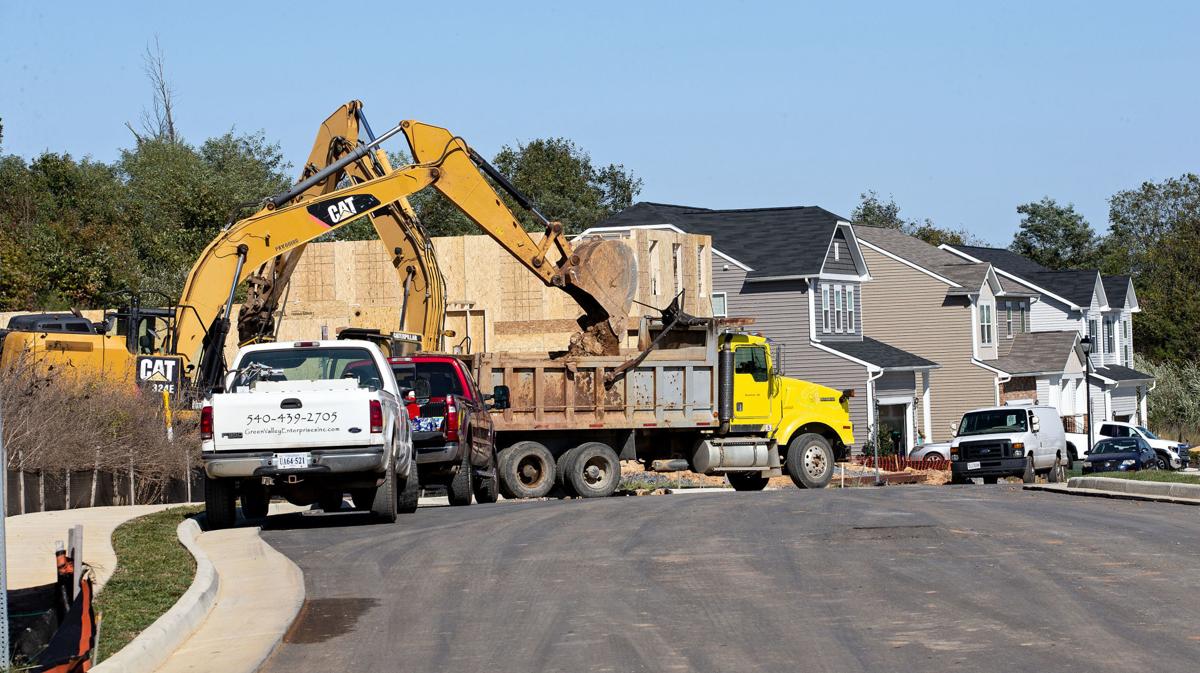 An excavator places a bucket load of soil into a dump truck as crews work to dig out a foundation for a new home in Richmond American Homes’ Seasons at Cedar Springs subdivision off John Marshal Highway west of Strasburg this week. Home sales in the region have remained bullish despite the COVID-19 pandemic.

This single-family home is for sale on Bradford Drive in the Meadow View community in Boyce.

New townhomes are for sale on Brockham Court off Farmington Boulevard in Frederick County.

An excavator places a bucket load of soil into a dump truck as crews work to dig out a foundation for a new home in Richmond American Homes’ Seasons at Cedar Springs subdivision off John Marshal Highway west of Strasburg this week. Home sales in the region have remained bullish despite the COVID-19 pandemic.

WINCHESTER — The local housing market has remained strong even at a time of year when home sales typically slow down.

Typically, home sales taper off once school is back in session. But real estate numbers throughout the region continue to be up, and local Realtors continue to report that it’s a good time for both sellers and buyers.

“Its a great time to sell, which means it’s also an awesome time to buy because there’s new inventory popping up every day in all price ranges,” said Julian Gordon, a Realtor with Greenfield & Behr.

Data from Bright MLS shows that 592 homes were sold in Frederick County during the third quarter, 124 in Winchester, 87 in Clarke County, 292 in Warren County and 250 in Shenandoah County.

The region, the data showed, has seen an increase in home sales this year, despite the COVID-19 pandemic.

“So, what affect did the virus have on local real estate? Truly little,” said Mike Cooper, principal broker for Cornerstone Business Group.

During the early stages of the pandemic, many real-estate professionals may have thought that foreclosures would climb, Cooper said. But data has shown that’s not been the case.

“The recession of 2008 and beyond set the number of local foreclosures, followed by short sales, on a trajectory that no one could have imagined. At one point during the five years that followed, foreclosures climbed into mid-double digits while homeowners struggled to stay afloat,” he said. “That challenge has not only passed, but it is all but forgotten. Distressed property sales in the third quarter of 2020 were 3%. Prior to the recession, distressed property sales were often at 6%. The local market has exceeded its pre-recession strength.”

What’s more, Gordon said homes continue to go quickly in today’s market. She said many homes are going under contract “almost as quickly as they are becoming available in some areas.”

This presents challenges to some buyers, who before likely could have shopped around and made easier negotiations in terms of price.

“That can be somewhat overwhelming for those who feel they have to ‘rush’ into the biggest financial decision of their lives or discouraging to others who have lost out on multiple offer situations, which can happen more than once in this climate,” she said.

Her advice to potential homebuyers is to make sure they’re in a “competitive position,” which includes having a mortgage pre-approval in hand before you step into the market and knowing that putting offers in doesn’t always mean you’re 100% committed to that property.

“There are many contingencies you can add to an offer that give the buyer an option to void the contract outside of the usual home inspection,” she said. “A good offer will typically protect you in other areas as well.”

Appraisal contingencies, for example, keep homebuyers from purchasing a property for more than it’s worth, she noted.

According to the National Association of Realtors report for the week ending Oct. 1, contract signings in the month of August rose to an all-time high nationwide while the Pending Home Sales Index rose to a record 132.8.

The NAR report said low mortgage rates continued to fuel the housing market across the country, pushing contract signings over the past month to a 20% increase over this time last year. Homes were on the market for an average of 17 days nationwide over the last month.

The NAR report also said consumer confidence continues to improve and increased to 101.8 in September, according to the Conference Board Consumer Confidence. It was 86.3 in August.

“The improving consumer confidence is translating to consumer spending,” the NAR report said.

“That foundation could easily become the foundation for a great 2021 real estate market,” Cooper added. “The fall market will likely stay hotter than in previous years due to the slow start to the market in 2020.”