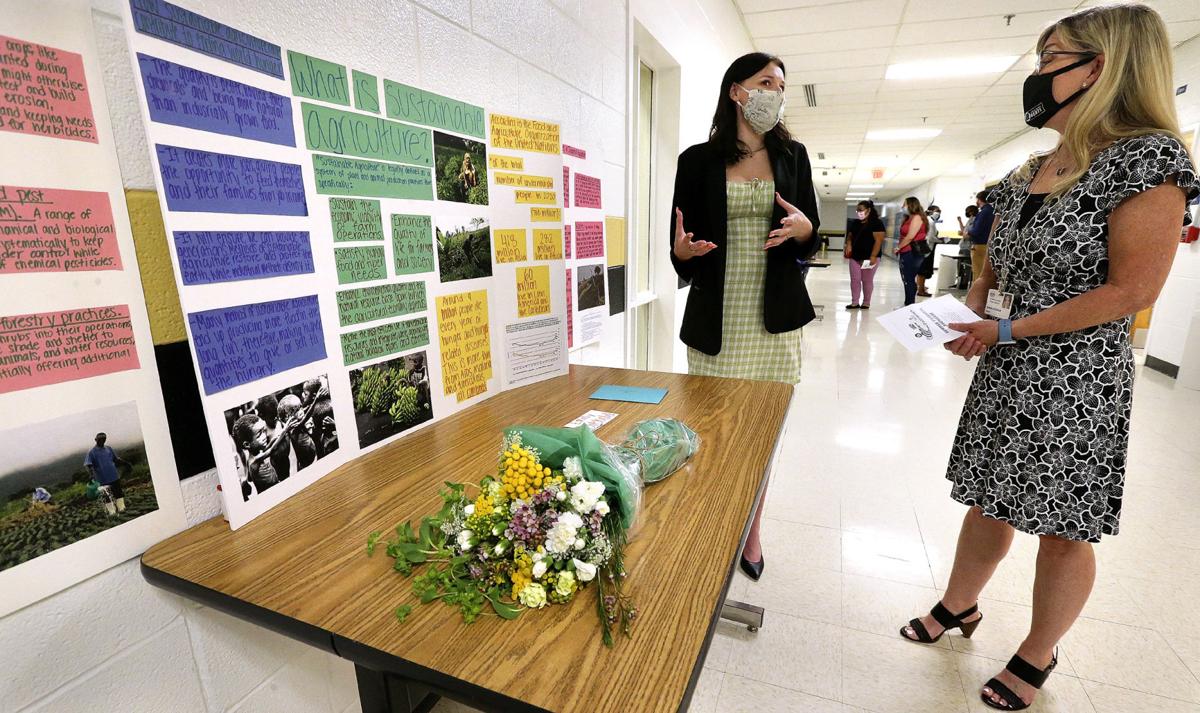 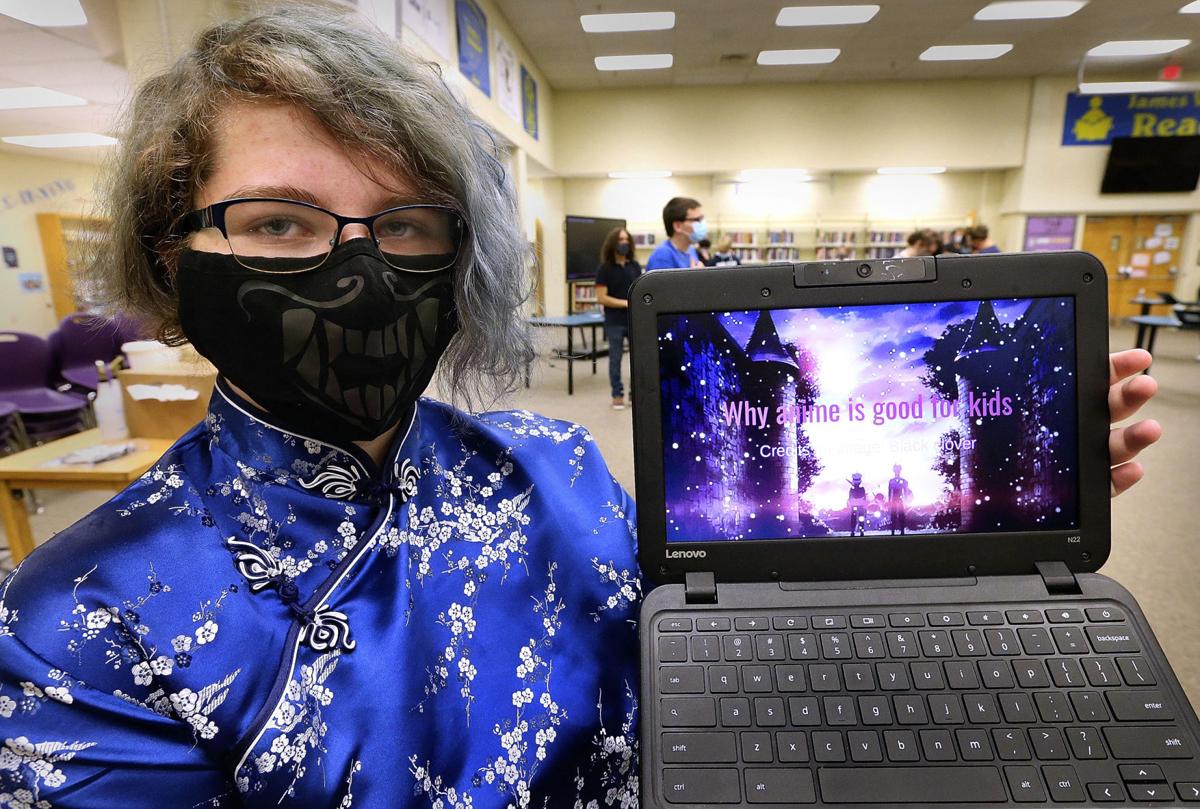 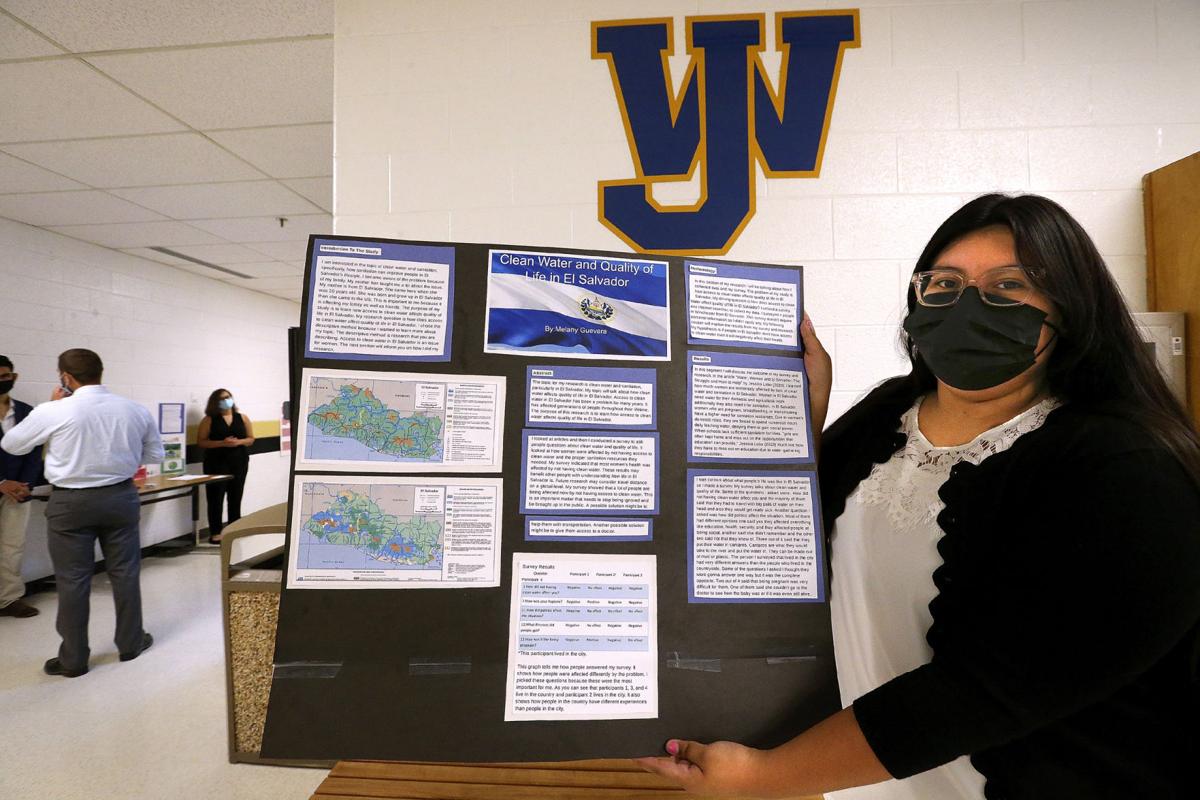 Students could choose from three UN goals — good health and well-being; clean water and sanitation; and zero hunger. They then had to narrow that goal into a specific topic of interest.

“We have shown them that they can do it in the upcoming school year, especially having a tough past school year,” Levene said. “Some of the students now have a desire to finish out high school.”

“It’s definitely kind of lit a fire in me, not only to spread awareness to anyone I can, but also one day I’d love to go on a mission trip to spread this awareness and these practices throughout the world,” Emily said about her project.

With virtual and limited in-person learning, Emily said the past 16 months as a student were very difficult. She began last school year with two days of in-person classes each week and later switched to 100% virtual learning.

The year affected both her mental health and motivation to do well in school.

“It was dismal,” she said. “I had a really hard time doing any work at all and it got to a point where I had so much stacked up against me that I just gave up completely.”

Consequently, Emily said she failed almost all of her classes last school year. But, because of the Summer Academy, she recovered credits for three classes and only has to retake one other class during her final year of high school.

“This [summer] program, though, I’m a huge advocate for it,” Emily said. “This has been super impactful to me. Last year was very hard on me.”

Her mother came to the U.S. from El Salvador when she was in her 20s, and Melany still has several family members, including her brother and grandmother, who live in the country.

During her studies, Melany learned that a lot of pregnant women in El Salvador don’t have access to clean water, sanitation or doctors throughout their child’s development.

Because of the overall lack of access to medical help, El Salvadorians with health issues tied to drinking poor quality water wouldn’t even know there was something wrong with them or how to receive treatment, Melany said.

She also interviewed four people in Winchester who came from El Salvador. Through that, Melany learned that one participant who lived in the urban part of the country had more access to medical support and clean water compared to three participants who lived in more rural parts of El Salvador.

“I have learned a lot from this,” Melany said. “It is still affecting my family.”

Melany wants to continue spreading awareness about this issue in her family’s home country until it’s solved and even after the division’s summer program ends. She also lost family members who live in El Salvador to COVID-19, which made her virtual learning experience difficult and isolating.

“It’s not something to be taken lightly,” she said about the severity of COVID-19 in El Salvador.

Overall, Melany is hopeful she’ll start recovering academically in the coming school year thanks to her experience restarting in-person learning through this summer program.

But this passion for education can’t fizzle away, added Julie Myers, FCPS director of middle and secondary instructional services.

“The thing is we have to keep it going. It can’t be this isolated event,” Myers said.