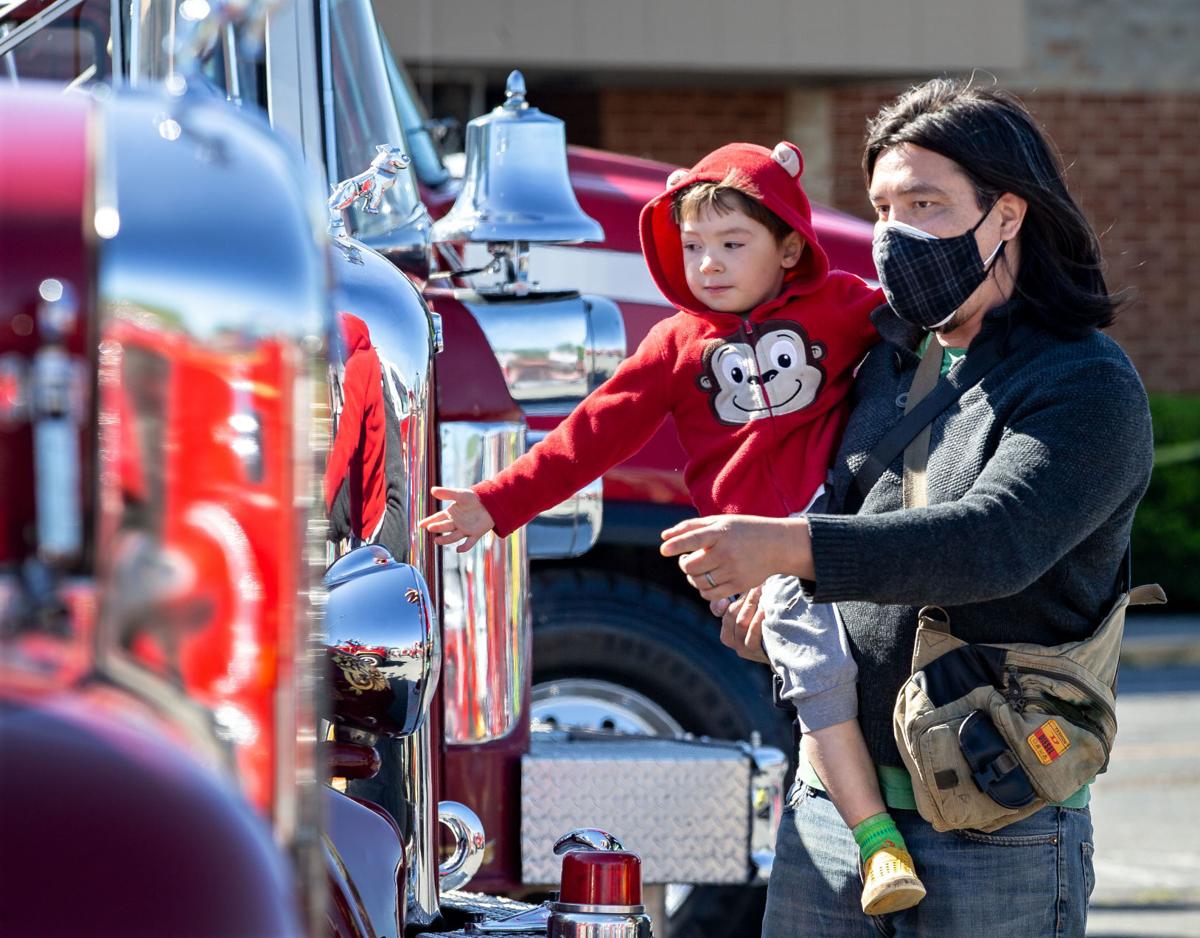 Nathan Webb of Winchester holds his son Jack, 3, as the pair walk down a line of antique firefighting apparatus during the Apple Blossom Fire Truck Rodeo and Antique Truck Fest. 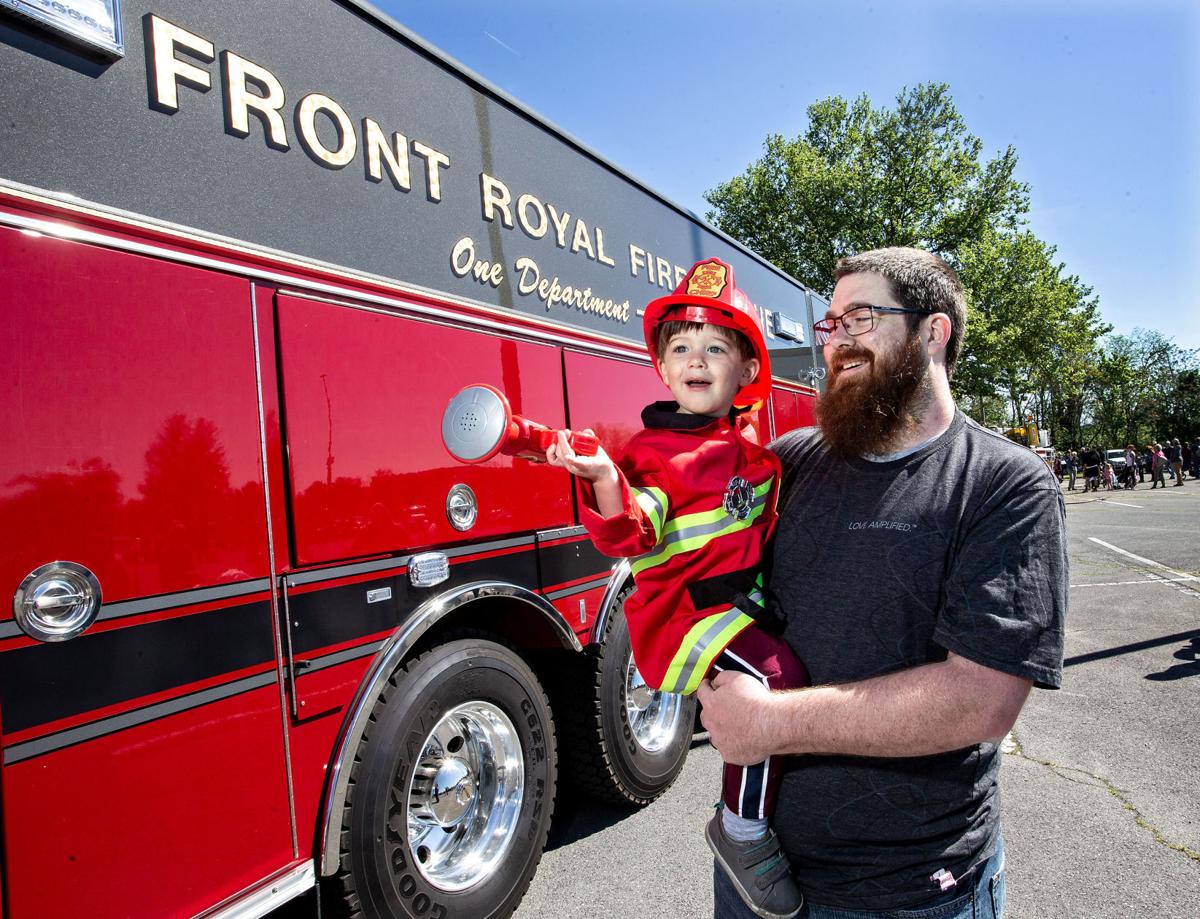 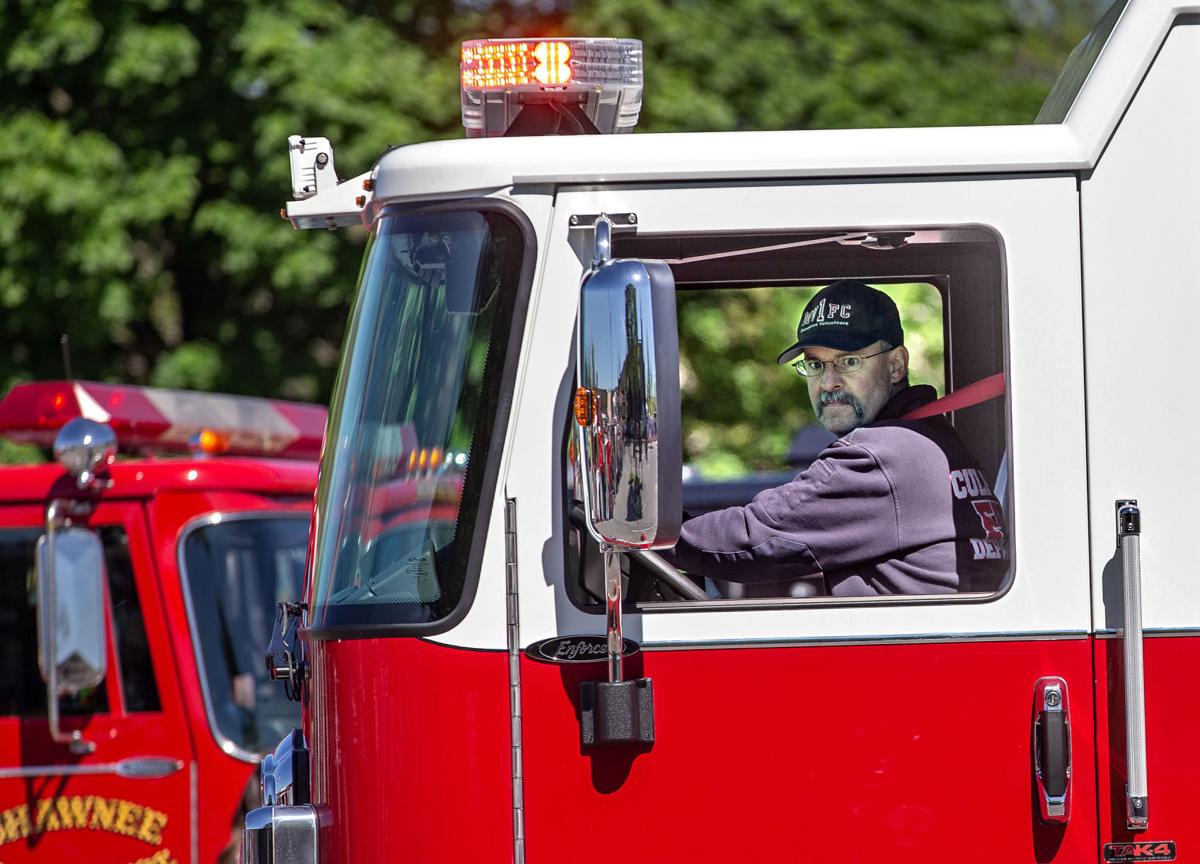 Robert Ellis of Culpeper tests his driving skills during the fire truck rodeo. 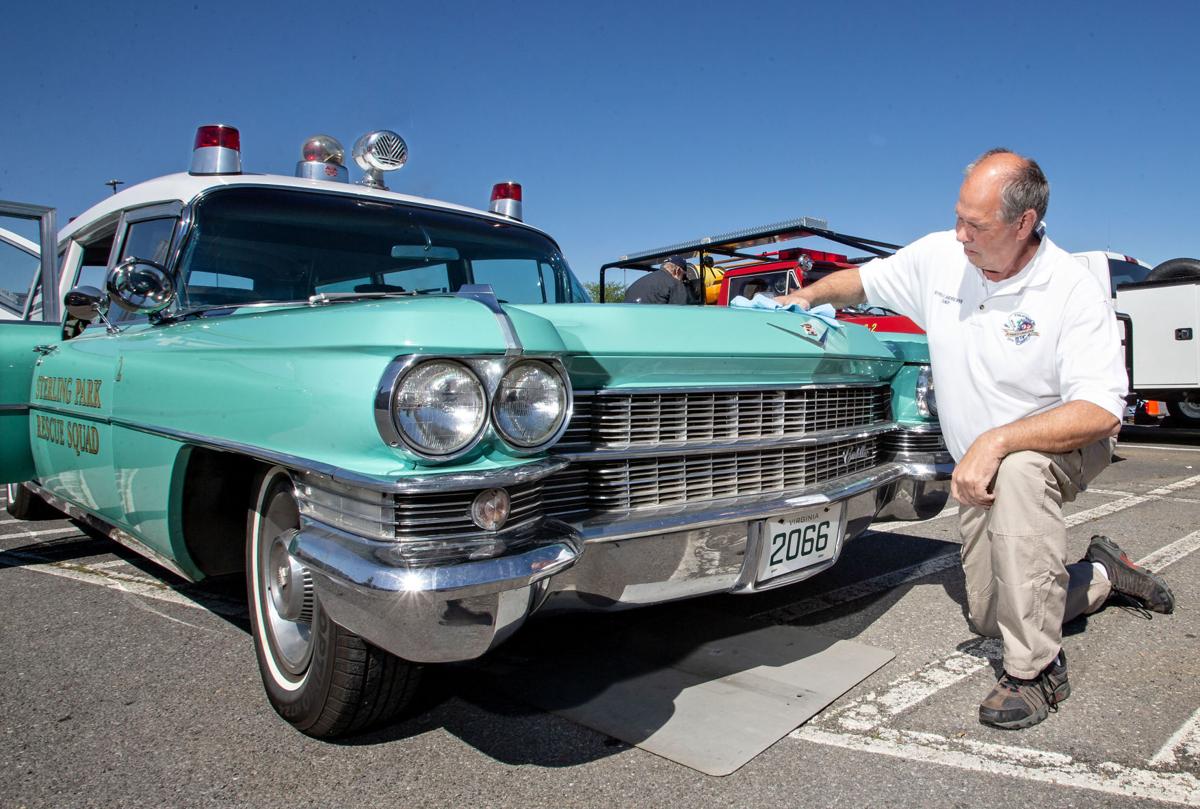 Nathan Webb of Winchester holds his son Jack, 3, as the pair walk down a line of antique firefighting apparatus during the Apple Blossom Fire Truck Rodeo and Antique Truck Fest.

Robert Ellis of Culpeper tests his driving skills during the fire truck rodeo.

WINCHESTER — A pared down Shenandoah Apple Blossom Festival was just the thing needed to attract one of the biggest crowds ever to its Fire Truck Rodeo and Antique Show.

Sponsored by Atlantic Emergency Solutions and Pierce Manufacturing, the event — a showcase for the driving skills of professional and volunteer firefighters and a display of antique and modern fire trucks and firefighting equipment — is traditionally held at Millbrook High School on the Friday of Apple Blossom weekend, when it has to compete with the Queen’s Coronation, downtown Midway and last-minute preparations for the festival’s Firefighters’ Parade.

Since COVID-19 canceled this year’s Firefighters’ Parade and Saturday afternoon’s Grand Feature Parade, festival officials decided to stage this year’s rodeo on Saturday in the parking lot of Apple Blossom Mall, where spectators and participants had more room for social distancing.

With no Grand Feature Parade to compete with, and with no cost of admission for spectators, the 94th Shenandoah Apple Blossom Festival‘s Fire Truck Rodeo and Antique Show on Saturday morning became one of the hottest tickets in town.

“We didn’t know what to expect, really,” David Gant, regional director of the Old Dominion Historical Fire Society, said on Saturday. “We have a lot more spectators than we normally have.”

“People are just ready to get out and do things,” added festival President Tommy Price. “This is the first big event the area has had since March of last year.”

“Amazing,” Fire Truck Rodeo and Antique Show Chairman Paul Lamp said. “Once they started calling for good weather, everybody was ready to come.”

Hundreds of children, including 7-year-old Jacob Collins of Winchester, stood in lines to inspect the cabs of fire trucks that were anywhere from 5 months to 80 years old. Jacob said the vehicles he saw were so awesome, he would be willing to spend a fortune — possibly as much as $10,000 — to buy one for himself.

He’ll probably need to empty a few more piggy banks if he wants to make his dream come true. One of Jacob’s favorite vehicles Saturday was a brand new tanker truck the Flint Hill Volunteer Fire and Rescue Company in Rappahannock County bought in December for about $400,000.

Company Chief Mike Williams said he had no problem letting excited, energetic children climb into the cab of the very expensive vehicle to check out its shiny new buttons, knobs, switches and displays.

“As long as they’re having fun, we’re OK with it,” Williams said. “It’s all about the kids.”

The Flint Hill tanker was one of 58 fire trucks and pieces of antique firefighting apparatus on display Saturday for judging. The vehicles came to Winchester from throughout the East Coast in hopes of going home with a trophy.

“We look for overall condition and cleanliness of the exterior, the equipment on the outside, the paint,” said event judge Josh McCuin. “A lot of people spend a lot of time restoring them, which is definitely appreciated and enjoyed by everybody here.”

Nevaeh is a firefighting fanatic. She volunteers with her parents at Gore Volunteer Fire and Rescue Company, doing whatever odd jobs are needed at the fire station while patiently waiting to become old enough to drive a fire truck on her own.

“It almost looks like a monster truck,” she said about one of the fire trucks she saw Saturday that was equipped for battling off-road blazes. “I love monster trucks.”

As successful as Saturday’s Fire Truck Rodeo and Antique Show were, Price said next year’s event will most likely return to Friday at Millbrook High School, assuming the COVID-19 pandemic has ended and the festival is able to stage the Firefighters’ and Grand Feature parades for the first time since 2019.

“It’ll go back to some type of normalcy,” he said of the 95th Shenandoah Apple Blossom Festival.