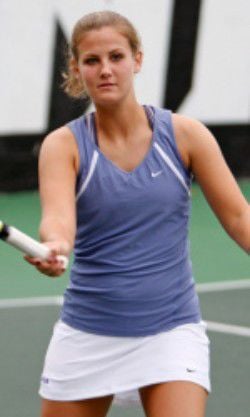 Former Handley star Kristin Oakley — formerly Kristin Gordon — went 11-3 in singles and 13-2 in doubles in spring competition for the East Carolina University women’s tennis team before graduating in 2011. ECU announced on Thursday that women’s tennis was one of four sports it was eliminating from its athletic program. 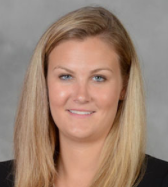 Former Handley High school star Kristin Oakley couldn’t imagine what her life would be like without the East Carolina University women’s tennis program.

She’s now one of the growing number of former and current college athletes that have to live in a world in which a program they love no longer exists.

Colleges all across the country are struggling with finances because of COVID-19. On Thursday, East Carolina became the eighth NCAA Division I university to eliminate at least one of its athletic programs during the time in which COVID-19 has gripped the nation. ECU dropped women’s and men’s tennis and women’s and men’s swimming.

Oakley was known as Kristin Gordon when she graduated from Handley in 2007 and ECU in 2011. She said the time she spent attending and playing tennis for the Greenville, N.C., institution enriched her life significantly.

Oakley is a 30-year-old attorney who specializes in personal injury law at the Ricci Law Firm in Greenville, where she’s worked since 2011. She lives just outside of Greenville in Farmville with her husband of two and a half years, Matthew, whom she met at ECU. Oakley is still in contact with many of the friends she made at the school that offered her a scholarship during her stellar career at Handley.

“I just feel bad for all the teams that were cut and anyone else in the athletic program who’s going to be affected by this. I’m sure this wasn’t an easy decision, or one that was made lightly.”

In a news release, ECU interim chancellor Ron Mitchelson stated the school’s athletic budget was “not sustainable” even before the COVID-19 pandemic. The cancellation of the spring sports season exacerbated the situation.

At Handley, Oakley went 84-10 in singles and 77-6 in doubles, and had a nearly perfect senior year, leading the Judges to a 23-0 record in 2007 and their first state championship since 1997. Oakley went 24-1 in singles and was the state runner-up, and she went 21-0 in doubles as the Judges won their first doubles state championship since 1996. She was a three-time Winchester Star Girls’ Tennis Player of the Year.

Oakley wasn’t a regular for a powerful Pirates program that went 70-32 in her career, but she went 11-3 in singles and 13-2 in doubles during her four years of spring competition for the Pirates.

Oakley works with former Pirate player Meredith Hinton and is also friendly with Kirstin Burgess, who was named ECU’s interim head coach on March 1. Burgess took over following the retirement of Tom Morris, whose teams won 320 matches in 21 seasons, including a school-record 22 in 2019 when the team went 22-3. Burgess had been a coach on the staff since 2012 and was named associate head coach in 2017.

Burgess only got to enjoy her new role for two matches before the rest of the season was canceled because of the COVID-19 pandemic.

“I’m so sorry for her and disappointed for her,” Oakley said. “I know she was looking forward to being the interim head coach.”

Oakley said she’ll always cherish the time she spent with her teammates during her playing days.

“There were 10 girls on the team, including myself, so you automatically have nine members of a family, and that’s not even including the coach or any of the assistant coaches,” Oakley said. “You basically live with these girls 24/7. You’re with them at practice, you’re with them when you travel to go to tournaments and matches. Our teammates are the people we lived with and got apartments with.

“I couldn’t pick just one favorite memory, because I had so many great ones with my team.”