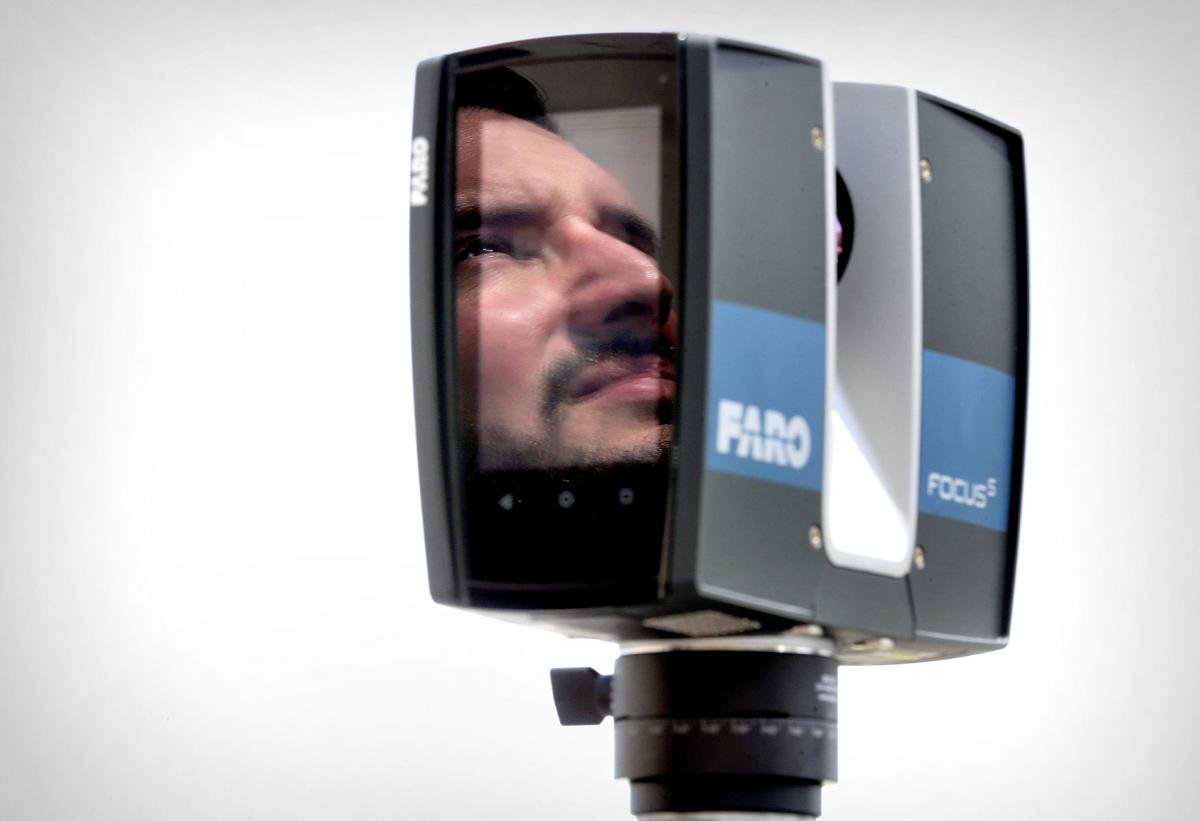 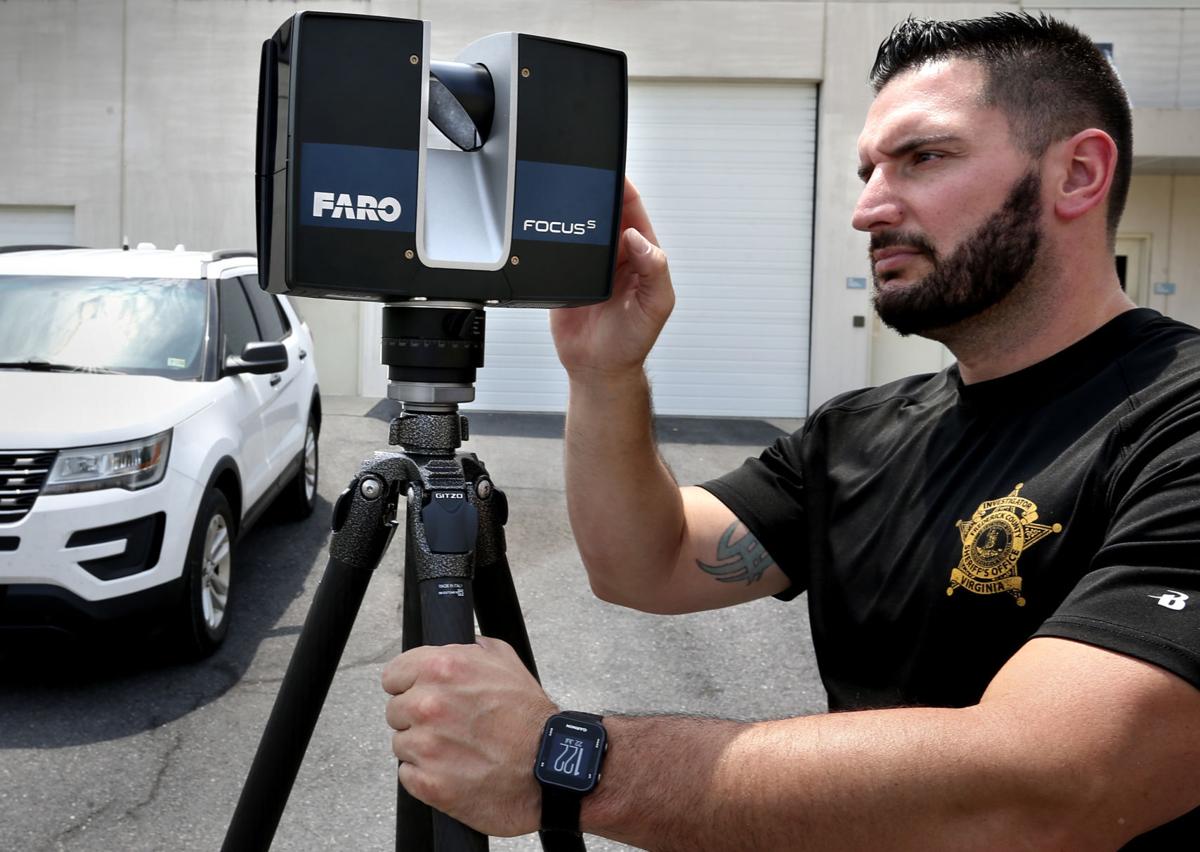 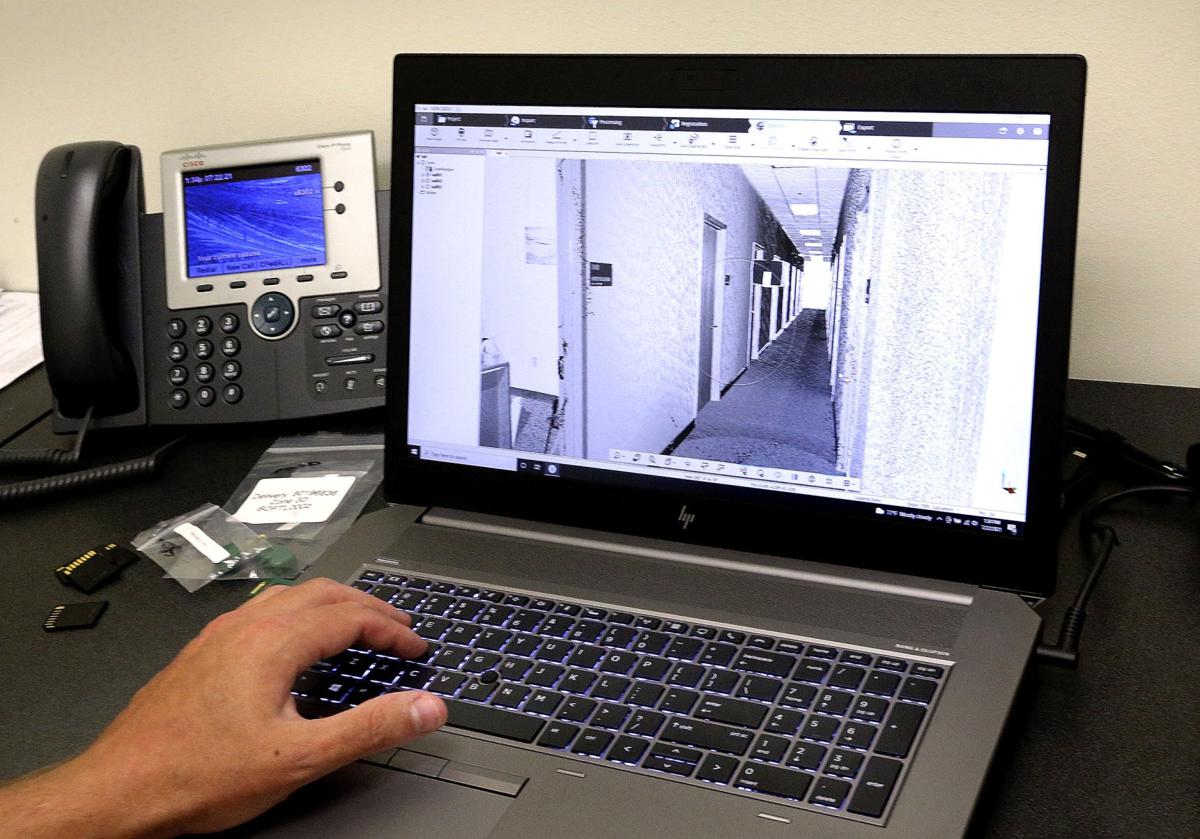 WINCHESTER — The Frederick County Sheriff’s Office has added a new crime-fighting tool to its utility belt.

It’s a FARO 3D laser scanner, a device that uses state-of-the-art technology to digitally map crime scenes and traffic crashes, doing in minutes what would take an investigator hours, even days to accomplish.

While the FARO wasn’t cheap, it has the potential of paying for itself in just a year or two by reducing the amount of overtime investigators currently put in mapping, measuring and photographing crime scenes and traffic accidents.

“Everything is done by hand,” Swartz said of the current process of recording crime scenes, which can take up to five hours. “Once you get all your measurements and things like that, you have to take it back and put it in a software program called Visio. It’s a very old program and, basically, you have to build everything piece by piece.”

Depending on the complexity of a crime or accident scene, Swartz said it can take up to two days to create a complete diagram with photos and measurements that can be used by prosecutors to show judges and juries where and how an incident occurred.

“You want the scene to look like it did when you went into it,” Swartz said. “Let’s say we have an 8 by 10 room, and let’s say there are five pieces of evidence in that room. We have to do baseline and triangulation measurements within the room for the evidence, and then once that’s done, we have to measure the room so we can have the dimensions. Once that’s all together, you have to go back and import that into the Visio program.”

FARO changes all that. Depending on the amount of data and detail required, the 3D laser scanner smoothly rotates to create a full 360-degree view of a crime or accident scene in as little as two minutes. If an area is too large for a single scan, the device can be repositioned as many times as necessary and all of the scans will be automatically assembled into a single display.

“It’s photographing the scene, too, so you get your photos in panorama,” Swartz said.

The device comes with its own proprietary software that automatically sorts, assembles and displays the photographs, measurements, dimensions and evidence locations captured by the scanner. Within minutes, it churns out an easily maneuverable digital display that allows viewers to use a computer to glide through a crime scene and observe everything from a large gun on the floor to a tiny speck of blood on the ceiling.

Frederick County Sheriff’s Office Investigator J. Bowman said the laser scanner works in a wide variety of conditions, including the dark of night and during heavy rains. It can even be positioned upside down if police need to peer into a confined area or need a top-down view of a crime or accident scene.

FARO scans performed by the Frederick County Sheriff’s Office have not yet been used in court, but that should change soon. Swartz said investigators plan on meeting with the Frederick County Commonwealth’s Attorney’s Office in the near future to explain how the scanner works and how it can be used to help judges and juries visualize the scene where a crime or accident occurred.

A team of six Sheriff’s Office investigators, including Swartz and Bowman, is currently training to use the device and should be ready to deploy it in the field within a few weeks. When ready, Swartz said the FARO will be utilized at select crime scenes and during investigations of fatal accidents.