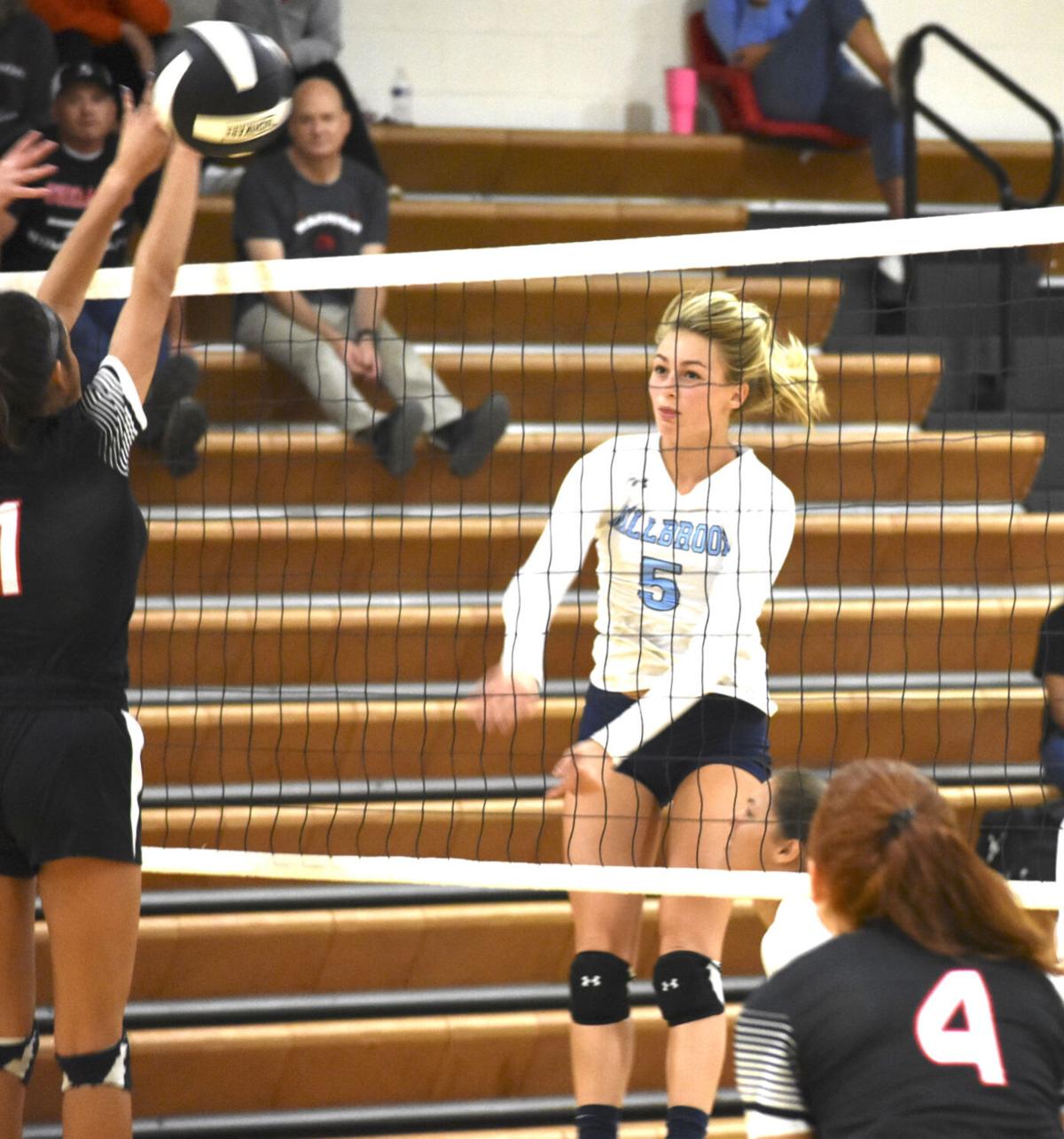 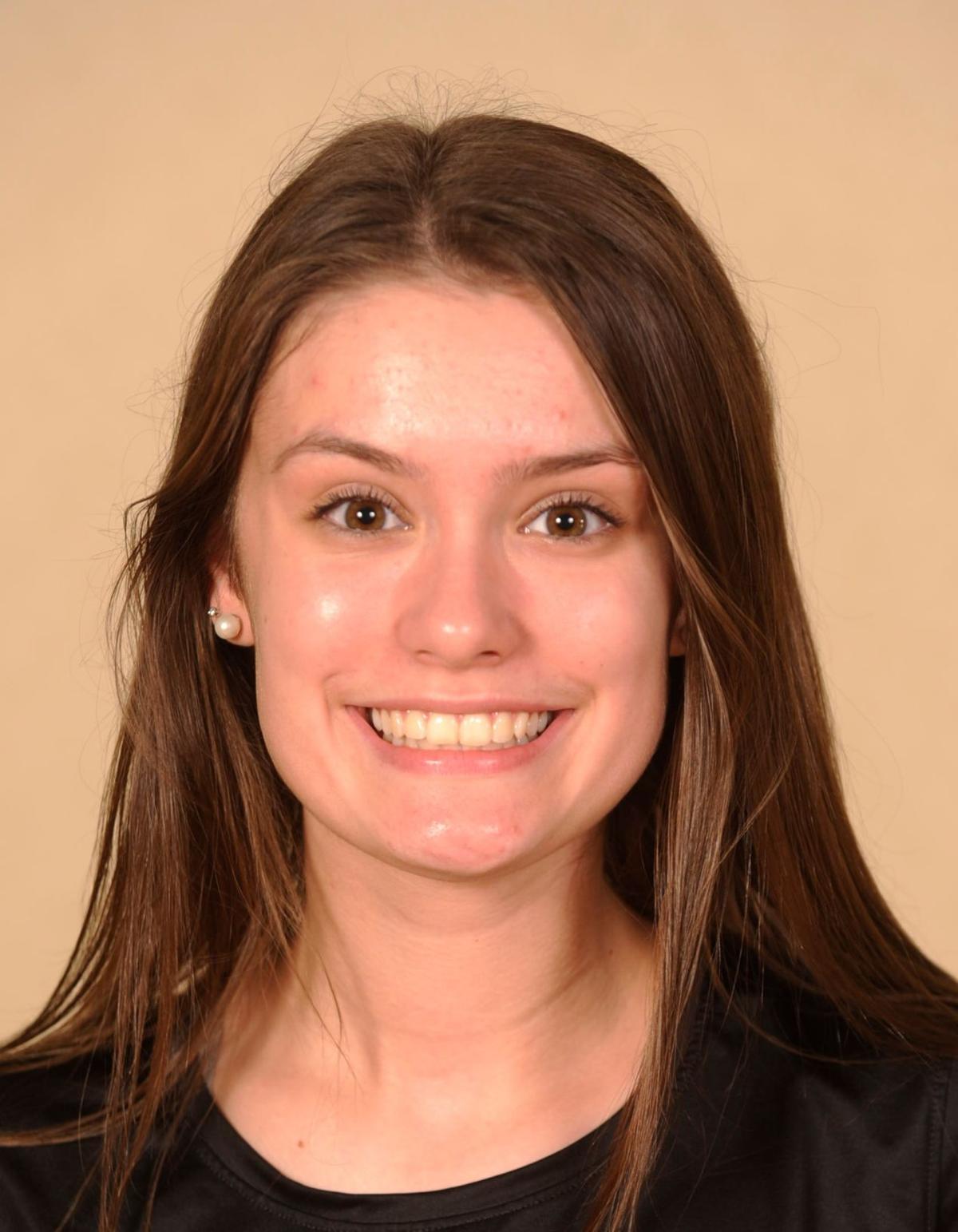 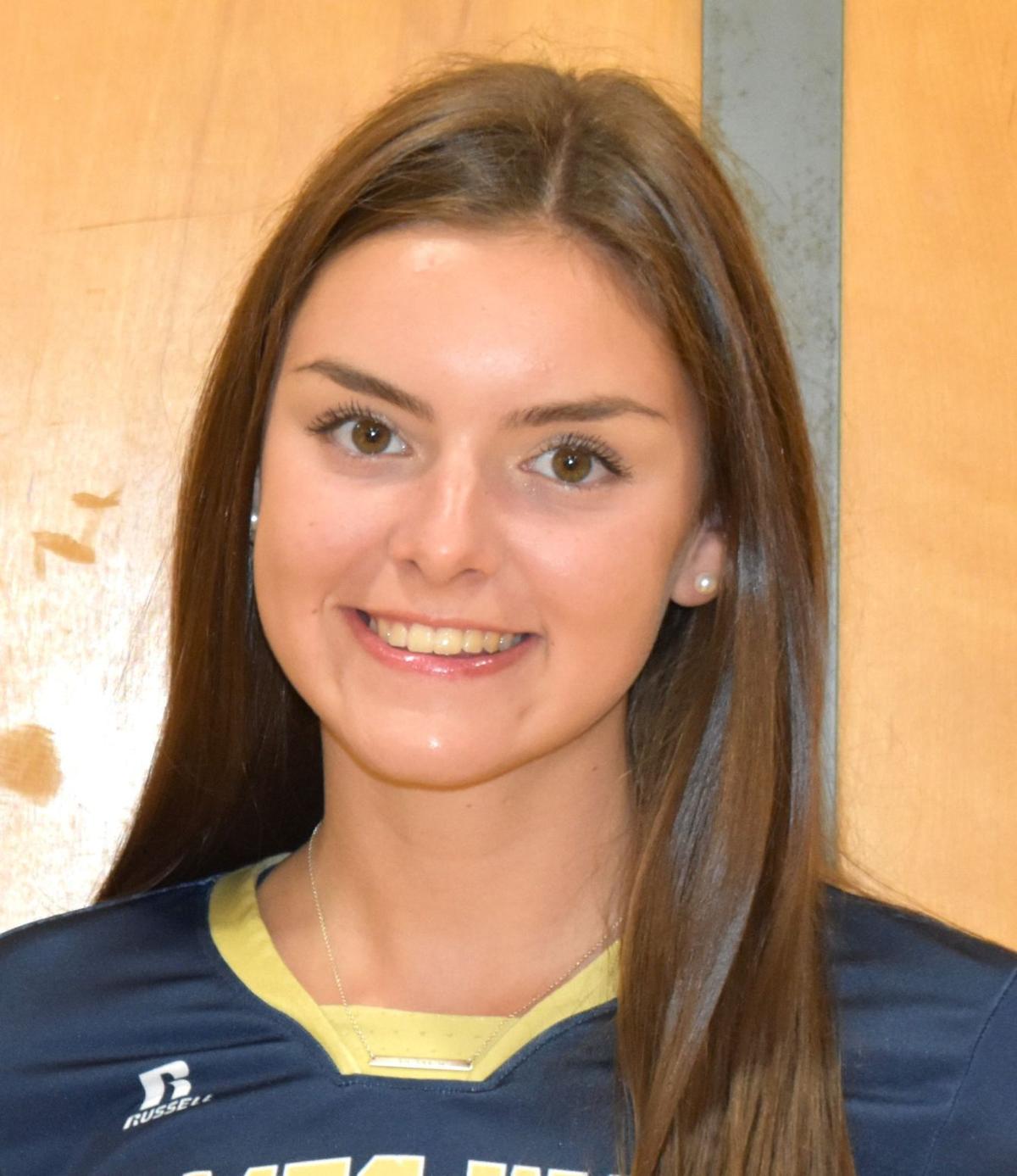 The Class 4 Northwestern District volleyball regular season might be wrapping up, but there will be plenty of local volleyball talent on display throughout April.

Millbrook hosted Sherando on Thursday night to kick off the Frederick County volleyball season. Frederick County delayed their season until this week due to COVID-19 concerns, and its three schools will be in action until April 20.

In an email on Monday, new James Wood head coach Adrienne Patrick, formerly a Colonels’ varsity assistant and a JV head coach, said the preparations for her first season were certainly not what she envisioned. Those included workouts without the use of a ball last summer and split-squad workouts based on what days students were in school in the fall.

But as playing restrictions have been lifted, Patrick said the excitement for the season has definitely grown, even though the Frederick County teams aren’t competing in the fall like they’re used to and won’t be able to compete in the Virginia High School League postseason.

“The expectation for my athletes is to approach every day of practice and each game with the same level of energy, focus and effort that you would if we were playing in the postseason,” Patrick said.

Sherando and Millbrook were originally scheduled to also play James Wood on Thursday night, but on Monday it was revealed that the Colonels would not compete in a match until April 12. Patrick emailed her comments before James Wood announced its volleyball schedule changes.

Both James Wood coordinator of student activities Craig Woshner and Frederick County Public Schools coordinator of policy and communications Steve Edwards declined to comment as to why the Colonels’ competition season is being delayed until April 12.

James Wood, Millbrook and Sherando — which placed first, second and third, respectively, in last year’s district standings — will display squads this April that probably would have looked different if not for the COVID-19 pandemic. For example, Warriors coach James Minney noted that the club volleyball season is ongoing and runs until at least the end of the month, and some players are focusing on that.

Still, many of the area’s best players from last year will be competing in a season that will mostly feature matches against each other (best-of-three sets for tri matches, best-of-five for duals). The season will also include some matches against the teams that don’t advance to the Class 4 Northwestern title match and ensuing Region 4C tournament as part of the Virginia High School League “Plus One” format.

Among the personnel losses for Millbrook are two-time Winchester Star Player of the Year Tori Johnson, an All-State outside hitter who is now playing beach volleyball for NCAA Division I Texas A&M-Corpus Christi (Johnson has a 4-4 record for the Islanders). The Pioneers also no longer have 2019 Winchester-Frederick County blocks leader Jordan Weir due to graduation, and they won’t have sophomore setter/opposite Madison Koeller, a second team Winchester Star All-Area selection who elected not to play this year.

The Pioneers do still have Tori’s younger sister Skylar, a senior who was a Region 4C second team selection last year. Despite missing nearly a month of the season due to an injury, Johnson had 134 kills as a junior and was seventh in the area in aces (51), tied for seventh in digs (140) and 10th in assists (122).

Millbrook also brings back senior libero Jessica Cleveland, a second team All-Region selection who ranked second in the area with 221 digs, and junior setter Autumn Stroop, who was third in the area in assists (326) and also ranked among the area leaders in digs (137) and aces (45).

“It will be a little bit different look for us this year with only one setter, but I have a lot of faith [in Stroop],” Milton said. “Ariel Helmick is showing a lot of potential at outside, and you can also see her on the right side, too. Emily Orndorff has come a long way in the middle. I think she’ll pick up things blocking-wise for us. Definitely having Jess back at libero for a fourth year will help us tremendously as well.”

Sherando (13-9) brings back a lot of talent and it’s healthier. Junior Regan Minney (fourth in the area with 192 digs), James’ daughter, was a second team All-District selection last year, but she played libero as a result of an injured shoulder. She’s moving to outside hitter this year. She ranked sixth in the area with 148 kills as a freshman. Junior Carson Foltz will take over at libero.

James Minney said not practicing on a full-time basis until two weeks ago has made it difficult for his team to be in top physical shape, but the numerous best-of-three matches the team has scheduled makes that less of an issue.

The Warriors don’t have their top two setters from last year, so Minney will lean heavily on junior Mackenzie Ingrassia.

“[Ingrassia’s] short [at 5 feet, 6 inches] but she really jumps well,” Minney said. “She’s quick and she has good hands. She needs some reps, but she’s working on getting better every day.”

At the end of the 2019 season, James Wood (23-5) looked like it would bring back a team that was capable of duplicating its perfect 17-0 run through the Northwestern District and perhaps advancing even further in the state tournament. The Colonels lost to Blacksburg in five sets in the Class 4 quarterfinals.

Jame Wood’s spring team won’t have a couple of major hitters that are still in high school. Senior Kristyna VanSickler, a second team All-State player who ranked second in the area in kills (276) last year, decided not to play. Senior Lainie Putt, a second team All-Region player who ranked fourth in the area with 191 kills, will not play this season due to injury. Putt has signed with NCAA Division I St. Francis of New York.

Sandwiched between VanSicker and Putt on last year’s area kill leaderboard was Grace Frigaard (209), and James Wood still has the senior outside hitter who has signed with NCAA Division I University of Chattanooga. Frigaard was a Region 4C first team pick last year.

In senior opposite hitter Alyssah McGuire, James Wood has another future college player (NCAA Division III Washington and Lee). And while the Colonels’ lost the area assists leader in Hanna Plasters, they have still have junior Katey Matthews (fifth in the area with 314 assists, sixth with 52 aces).

Next Thursday, Millbrook and Sherando will each play teams from the Northwestern District that did not advance to the district tournament final. Millbrook will also play one of these teams on April 13. James Wood and Sherando are opting to play each other on April 13 at James Wood.

The following is a glance at each Frederick County team:

Milton’s outlook: “I want to build on our skills this year. Really, we’re going into next year, too, because we’re going to get done and then we’re going to be right back at it this summer getting ready for the fall. You’re wanting them to improve and carry that into the next season, but you also want to win, too. I imagine everyone around here is excited to play since it’s been over a year since we’ve played. And with the ‘Plus One’ matches, those schools have already played some. It will be definitely be good competition to play someone that’s already been playing for a little bit.”

Next match: Thursday vs. TBA

Minney’s outlook: “Madelyn See in the middle does a good job. Her biggest asset is she can hit away from a block, and that helps out tremendously. Sabrina can also set, so if I get in trouble I can always run her as a setter, too, and run a 6-2 [rotation].”

Next match: Thursday vs. TBA

Patrick’s outlook: “I am excited for the entire season but I am particularly excited to see new leaders emerge on and off the court for our program. We have a strong group of underclassmen on the varsity team that will have a lot of court time. I am excited to see how hard they play. We also have five seniors who really want to make the most of this season so I am excited to see the level of play they bring each game.”