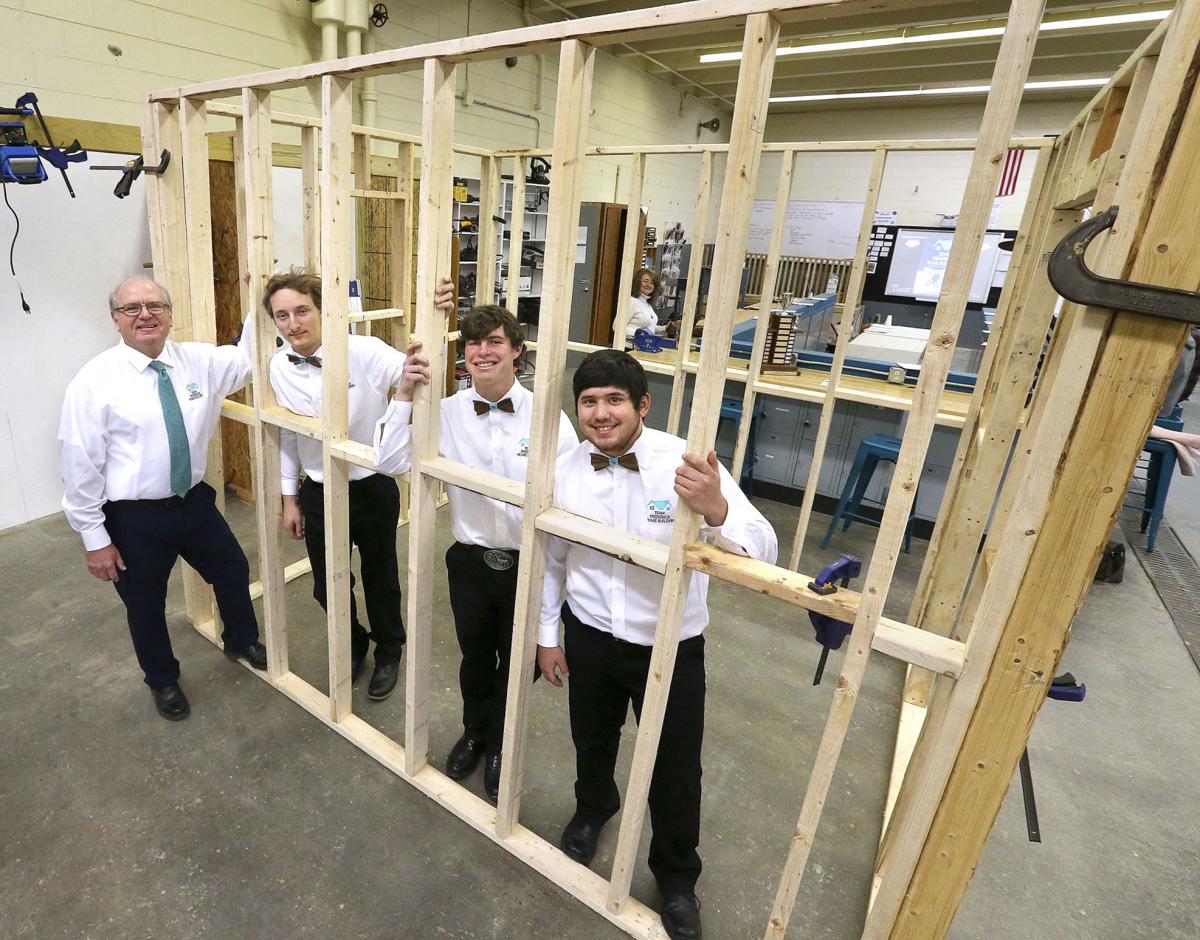 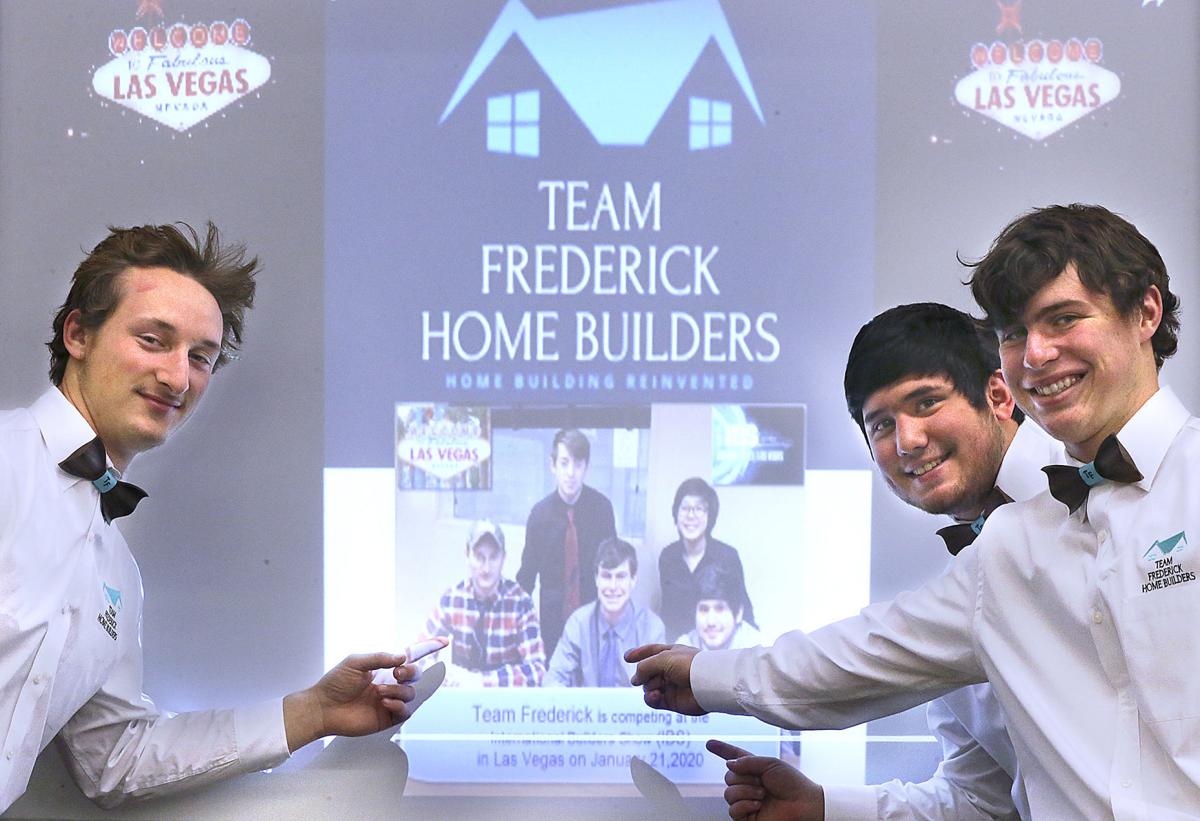 Five Frederick County Public Schools students in the building trades program make up a team that has won Rookie of the Year and first place in construction management at the National Association of Home Builders show in Las Vegas. Dillon Hunter of Sherando High School, Daniel Copenhaver of James Wood High School and Lukas Guerrero of Millbrook High School were members of the team. 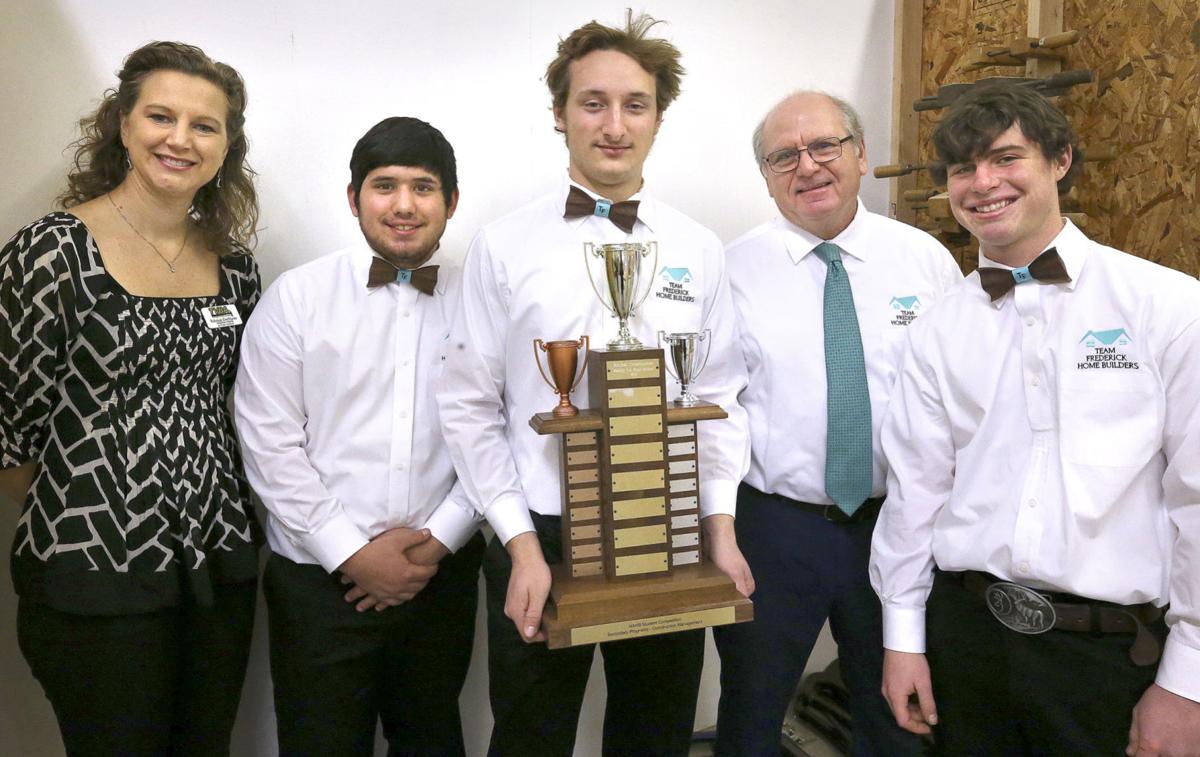 Five Frederick County Public Schools students in the building trades program make up a team that has won Rookie of the Year and first place in construction management at the National Association of Home Builders show in Las Vegas. Dillon Hunter of Sherando High School, Daniel Copenhaver of James Wood High School and Lukas Guerrero of Millbrook High School were members of the team.

That was one of the first things that went through Dowell J. Howard Center senior Lukas Guerrero’s mind when he found out that he and his team of four other students won first place in a national building competition in Las Vegas in January. The group was made up of three building trades students from Dowell J. Howard and two architecture students from Millbrook High School. They spent about 2½ months preparing for the competition.

“We didn’t have a lot of time, but we worked really hard, so it was nice to hear that we won,” said Lukas, 17.

This was the second year the student chapter of the National Association of Home Builders has held a nationwide competition, and it was the first year Frederick County students participated. The students had to create a home-building business, which they named Team Frederick, and present their findings, design work and estimated cost to build a standard four-bedroom home in Missouri.

Team Frederick not only won first place, but also the Rookie of the Year award.

Students had to create a construction management schedule and find out the cost of building materials, including building permits. The home that students prepared to build was estimated to cost around $349,000. Students also had to present their findings in front of an audience and a panel of judges at the competitions.

“It was a good experience to get out of our comfort zones,” said Dillon, 18.

The trip was paid for in part by the Top of Virginia Builders Association.

Rob Mullins, a building trades teacher at Dowell J. Howard, wanted to bring students to this competition “to open doors, to expose them, to increase their learning.”

This accomplishment for students happened thanks to industry leaders, teachers and school administrators working together to make it possible for the students to compete, Mullins added.

Rebekah said she gained valuable insight on the architecture and construction industries, particularly what goes on behind the scenes. She also said she discovered a newfound love for competing and designing using partial plans.

“I couldn’t imagine even being in a competition,” Rebekah said. “I am extremely shy and tend to stay in my comfort zone, but I was able to speak in front of judges, helped out my team, and use new and unfamiliar software.”

Congratulations to Dowell J Howard and to all involved. What a great experience for these students.

Congratulations. guys. It's nice to see a story about something besides Shenandoah University.