Sophomores Becca Edlich (left) and Lina Guerrero will try to help Millbrook defend its Class 4 Northwestern District cross country title and return to the Class 4 state meet. The Pioneers lost their other five runners from their top seven. 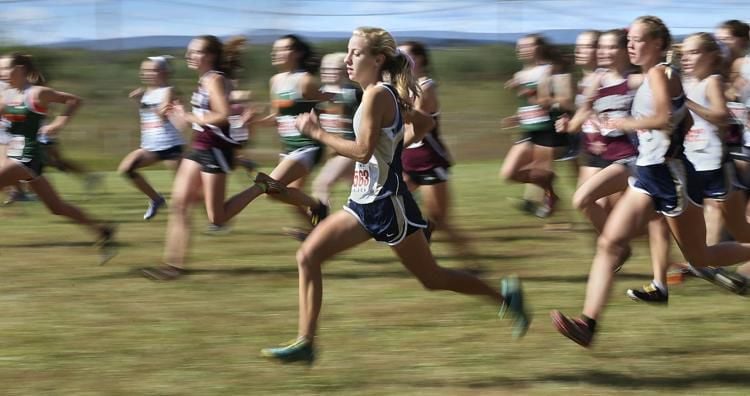 Three-time all-state selection and two-time Winchester Star Girls’ Cross Country Runner of the Year Kenzie Konyar leads a strong James Wood team that is coming off a second-place finish in the Class 4 Northwestern District in 2018. 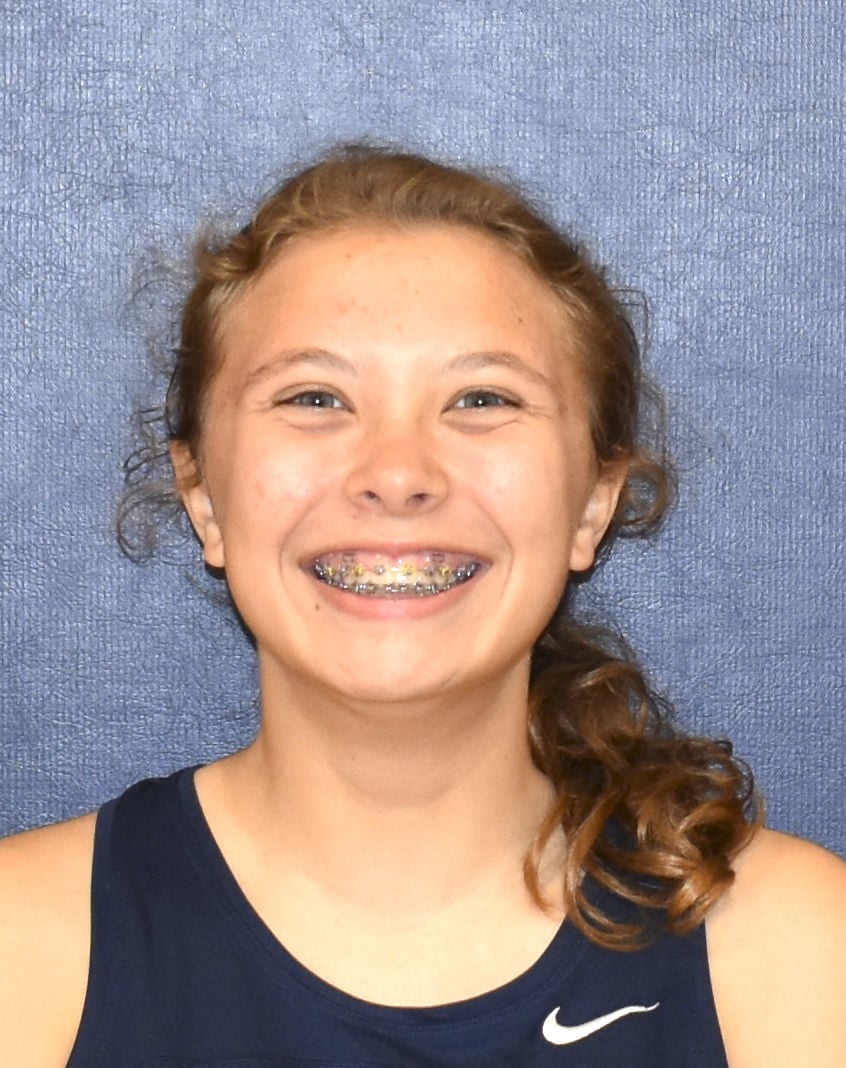 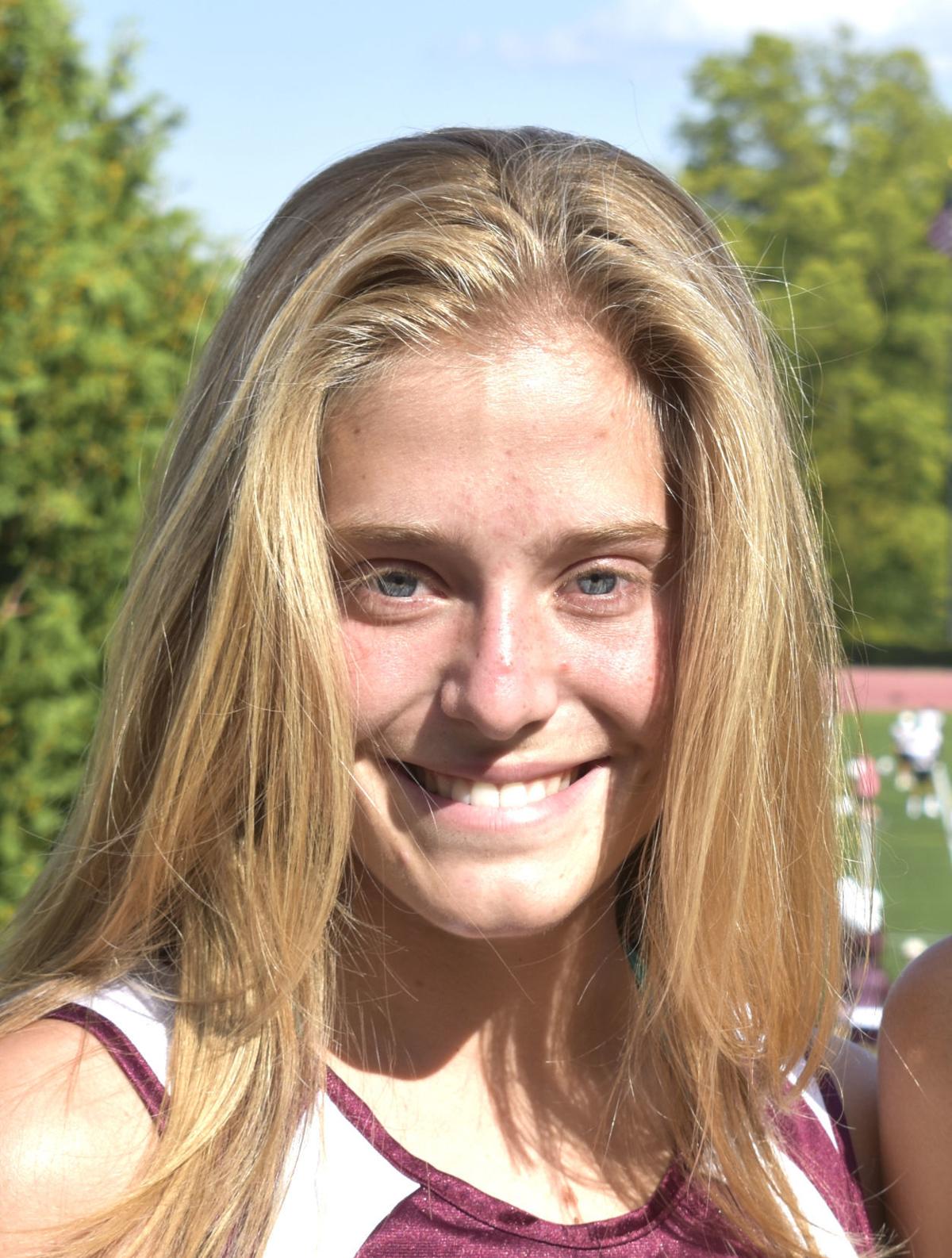 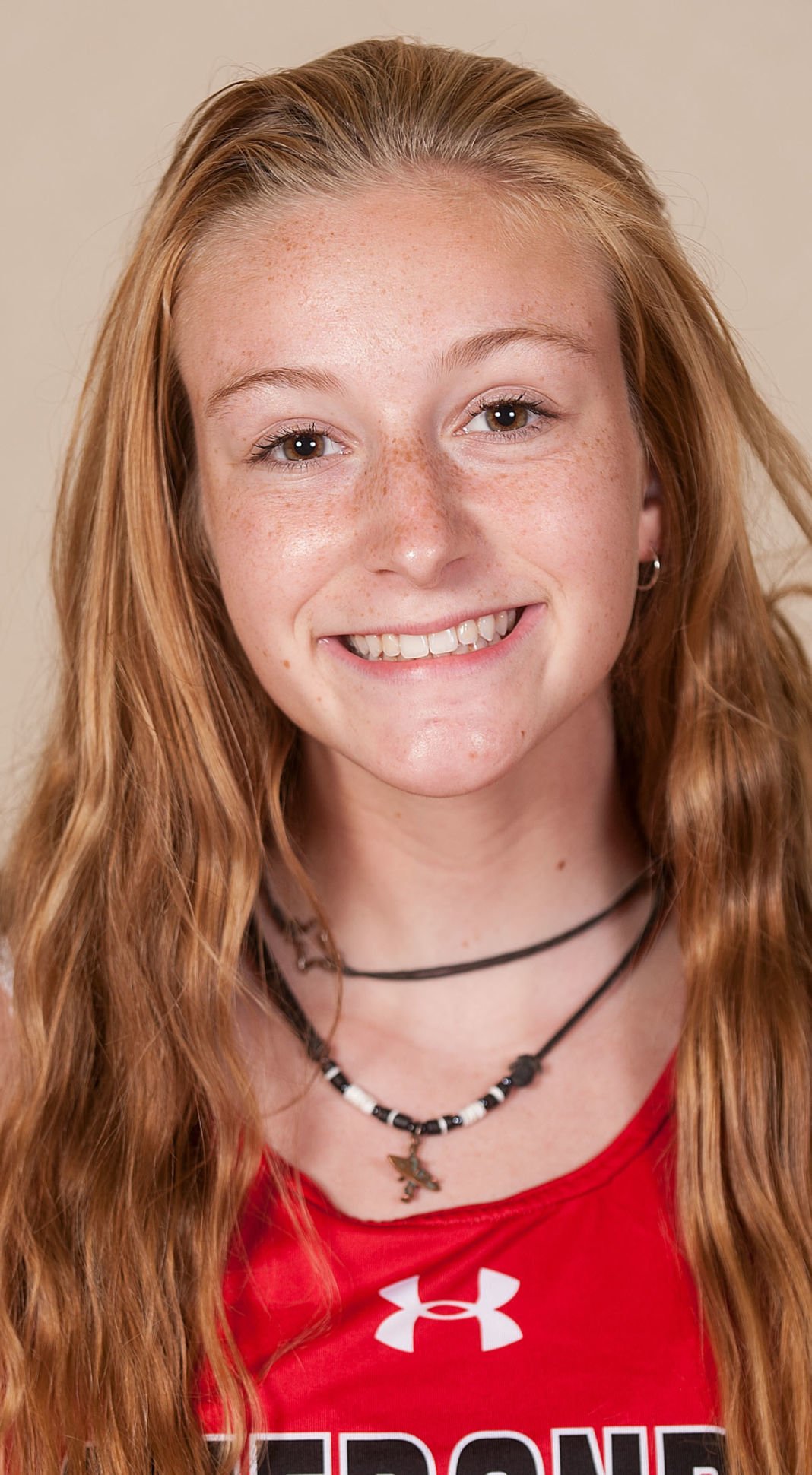 Sophomores Becca Edlich (left) and Lina Guerrero will try to help Millbrook defend its Class 4 Northwestern District cross country title and return to the Class 4 state meet. The Pioneers lost their other five runners from their top seven.

Three-time all-state selection and two-time Winchester Star Girls’ Cross Country Runner of the Year Kenzie Konyar leads a strong James Wood team that is coming off a second-place finish in the Class 4 Northwestern District in 2018.

Two of the best cross country programs in the state in 2018 will have their work cut out for them if they want to remain elite in 2019.

Despite their losses, both teams head coaches feel confident about their team's potential for success.

Of the five runners that Millbrook lost, three of them were first-team Winchester Star all-area selections, and one was a second-team pick. Most of the all-area departures were anticipated (Class 4 Northwestern District runner-up Kaycee Cox-Philyaw is now running for the College of William & Mary), but sophomore Madison Smith, the district's third-place finisher, has transferred to defending state champion Loudoun Valley.

Millbrook does bring back its top returning finisher at last year's state meet in Lina Guerrero. The sophomore had the area's second-best performance at Great Meadow and finished just one place away from earning all-state honors, taking 16th in 19 minutes and 49 seconds. She was fourth at the district meet.

Fellow sophomores Becca Edlich (14th in district meet) and Maria Meija-Villalon, senior Katie Borland and freshman Madison Murphy — who set the Kids' Bloomin Mile record in the spring with a time of 5:32.8 — are also expected to be in the team's top five.

"I'm hoping that others see that we lost five of our top seven and count us out for this season, but our goal will be to repeat exactly what we did last year — win the district, top two in the region, and top three in the state," Millbrook head coach Kevin Shirk said. "The seniors that we lost to graduation seem impossible to replace in terms of their personalities, leadership, and the commitment that they had to the team for all four years, but our girls look ready to step up and take over in all of those aspects.

"Katie Borland has taken charge in terms of leadership, and a strong group of sophomores and freshmen are stepping up in terms of performance, so we see no reason why we can't pick up where last season left off."

The Eagles' competition in the Bull Run District and Region 2B has also thinned a bit. George Mason and Central (third and fourth in the region, respectively) have left the Bull Run and are now in Class 3.

"I think every year is a rebuilding year," said Clarke County coach Jeff Webster, Madison and Ryleigh's father. "We lost a lot of seniors, but I think we have some good rising talent. Ellen Smith ran track last year successfully and is running cross country for the first time, and Ava Mansfield is really running strong as a freshman. I'm excited to see what they can do."

The area's most accomplished returning runner is James Wood senior Kenzie Konyar. The two-time Winchester Star Runner of the Year (2016 and '17) earned her third consecutive all-state medal by taking ninth in 19:21 in Class 4 last year and won the Class 4 Northwestern District meet.

With fellow state qualifier and sophomore Elena Farinholt (12th in district meet) and three other runners from its top seven also returning, James Wood could unseat Millbrook as district champions after taking second last year. James Wood coach Mike Onda said the goal is for his team to be one of the three teams in the competitive Region 4C to qualify for a state berth.

Handley has a new coach, but it's a familiar face who will run the show.

The Judges were previously the only one of the five area high schools that had separate girls' and boys' head coaches. But with former girls' coach Emily Budnyk-Putt taking a teaching job at Waxpool Elementary School in Ashburn, 17-year boys' coach Mark Stickley will now lead both Handley cross country programs.

"I really like [coaching both teams] a lot," said Stickley, who approached Handley director of student activities Reed Prosser about combining the two jobs after Budnyk-Putt left. "My feeling is that the girls will hopefully motivate the boys and the boys will push the girls, and that seems to be the case. I'm really happy with the way it's working out.

"It's been a lot of fun for me trying to get to know the girls. I understand that for them that this is difficult because it's a transition. Good or bad, it's different. I hope I've earned their respect."

Handley's first meet is on Wednesday at Jefferson (W.Va.). James Wood, Millbrook, Sherando and Clarke County will all open at the Central Invitational in Woodstock on Aug. 31. The Judges will also compete in that meet.

Webster's outlook: "We're still bringing back three from our varsity team. Sydney coming back as an all-state runner, I think she'll be in good shape by the end of the year. She's just going to take on the role as a leader. She was on the tail end of that pack last year, but leader is a mentality she's transitioned to. Kateri is basically moving up four places for us, so we'll see how she fits in with that as a senior. We lost some really good front-end talent, but I think we probably have a really good pack setting up. So I think we'll be really strong as long as they're training together and racing together."

Shirk's outlook: "Lina is already more fit than she was last year at this time, and possibly already in better shape than she was at the end of last season. We've increased her training by about 15-20 percent and it should pay off for her and the other sophomores this season. Finishing one place away from an all-state medal is definitely a great motivator for her and I think getting a medal this season is completely within reach not just for Lina, but a few girls on our team. Becca is coming off of a great track season where she really impressed me in the 3,200, finishing ninth in the state meet, and it should carry over well to this cross country season. Maria has really stepped it up and trains with Becca and Lina on a daily basis. I hope that Maria can surprise some people this year as a consistent top-five runner for us."

Onda's outlook: "We did lose two of our top seven runners. Fortunately, we have both returning underclassmen and rising freshmen who look ready to fill those spots and make the girls' team very competitive in both the district and the region. We had a good showing for our summer program, and they are ready for our season. Somebody who's really stepped up is Isabella Newman. She trained real hard through the winter and spring, and she's really gotten a lot better. I think we can be in the hunt for the district championship. I think we have a lot of depth and some of the other teams have taken some pretty big hits as far as losing a lot of folks. Our goal is for them to also make it to the state meet as a team."

Stickley's outlook: "I'm pretty excited about the girls. We have a lot of talent, but we don't have a lot of race experience, so early, it's going to be a little bit tricky. We have a lot of new faces. Kendall is a great kid and has been running well this summer. She's the face of the team. We have some girls who play soccer [like Mikayla Freimuth and Jordan Lill] who didn't run last year as freshmen, and they're pretty tough runners. We're going to see how well they can race, but they've been training really hard. Sarah Roberson is an outstanding freshman."

Roberts' outlook: "I think Molly can really build off of making states last year. We have a bunch of sophomores who were breaking onto the varsity team last year at the very end during cross country. They really worked hard and developed a lot during track. We're expecting Karli, Lea, and Anna to help a lot on the team this year. And I've got a handful of freshmen girls coming in with some talent. They're working really hard and are pushing each other, so they're going to help us out as well."