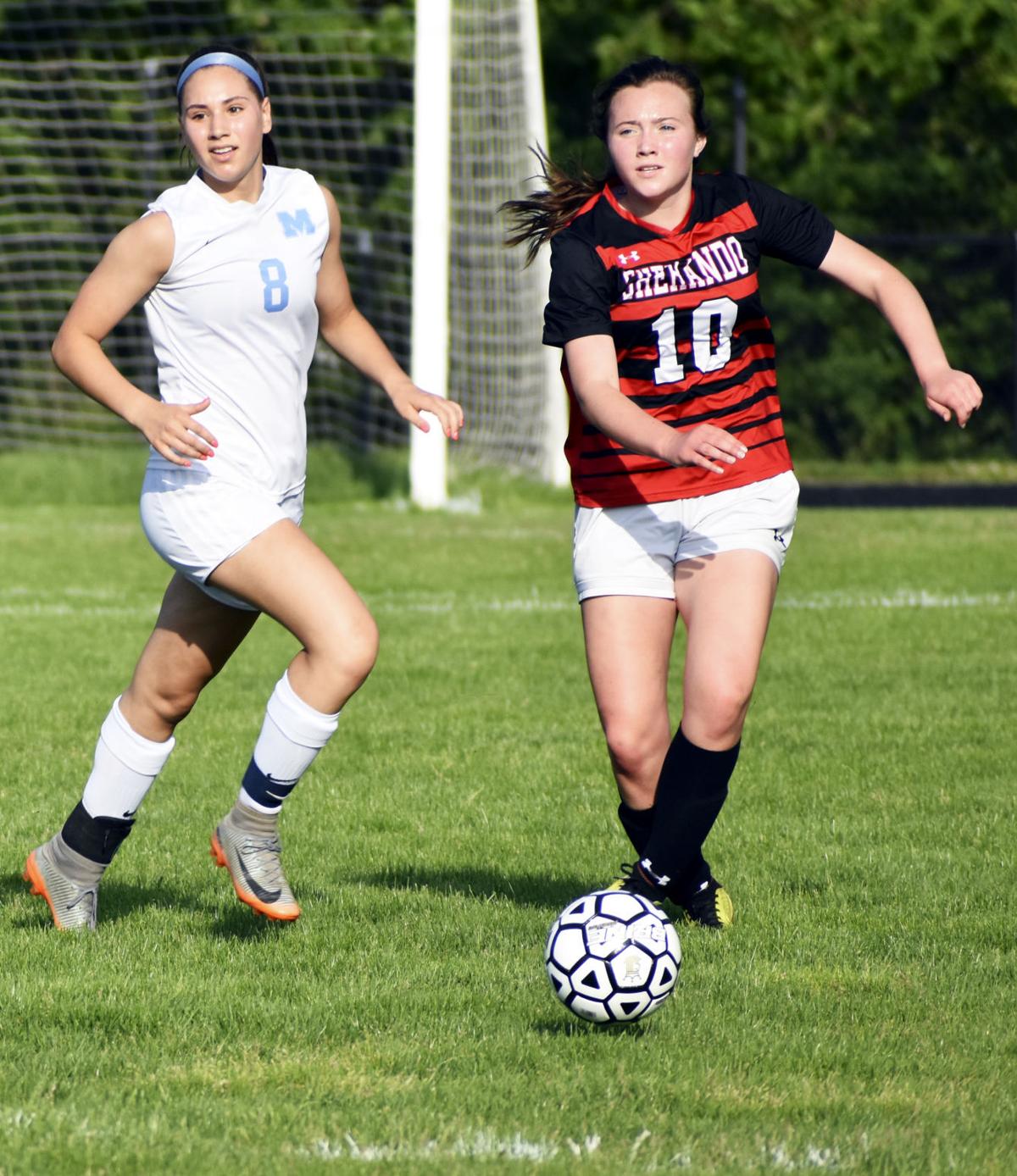 After playing against each other in 2019, Millbrook’s Lauren Rudolph (left, four goals for the Pioneers in two games) and Sherando’s Kelsey Johnson (a center midfielder) will play big roles for each of their teams in 2021. 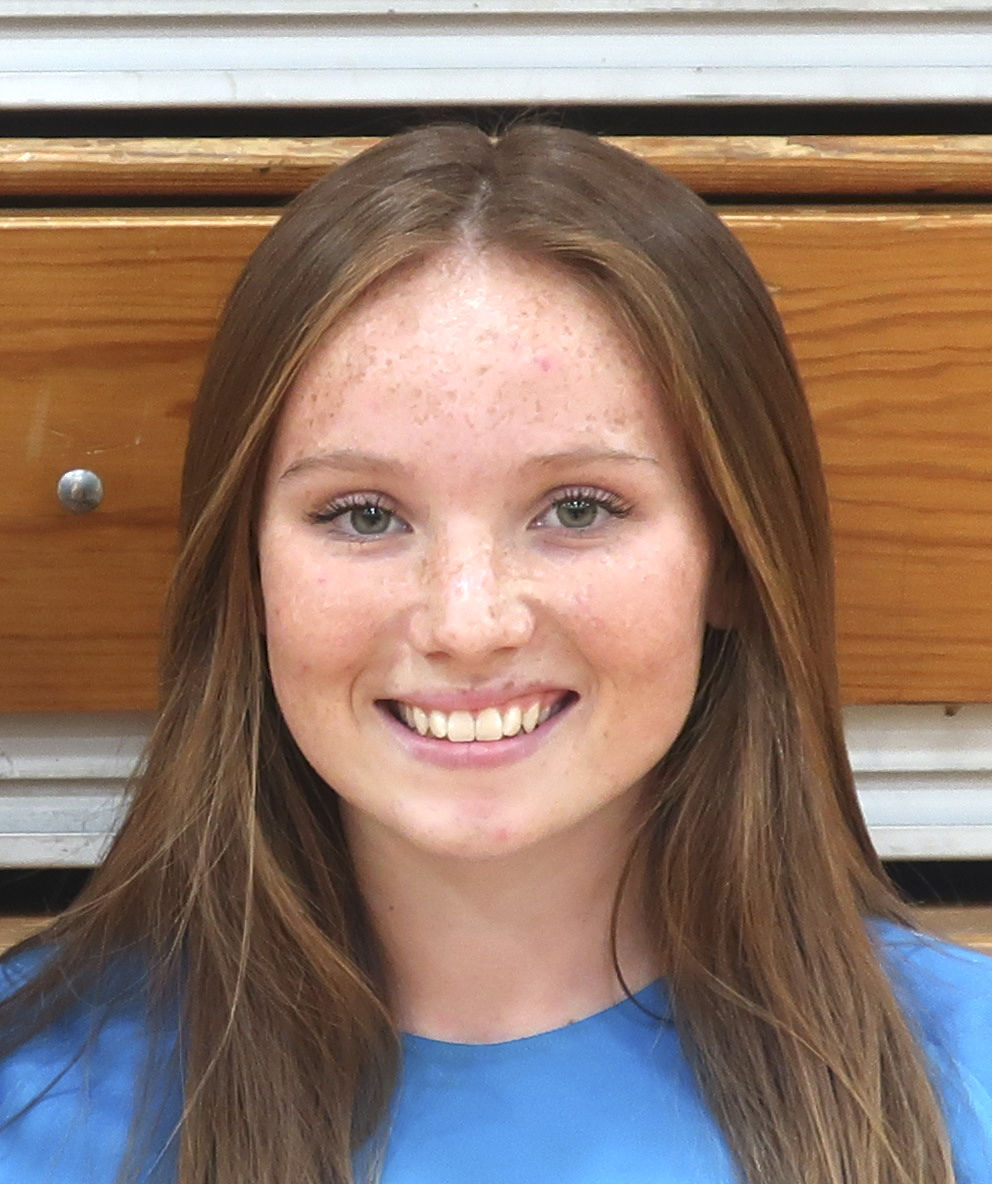 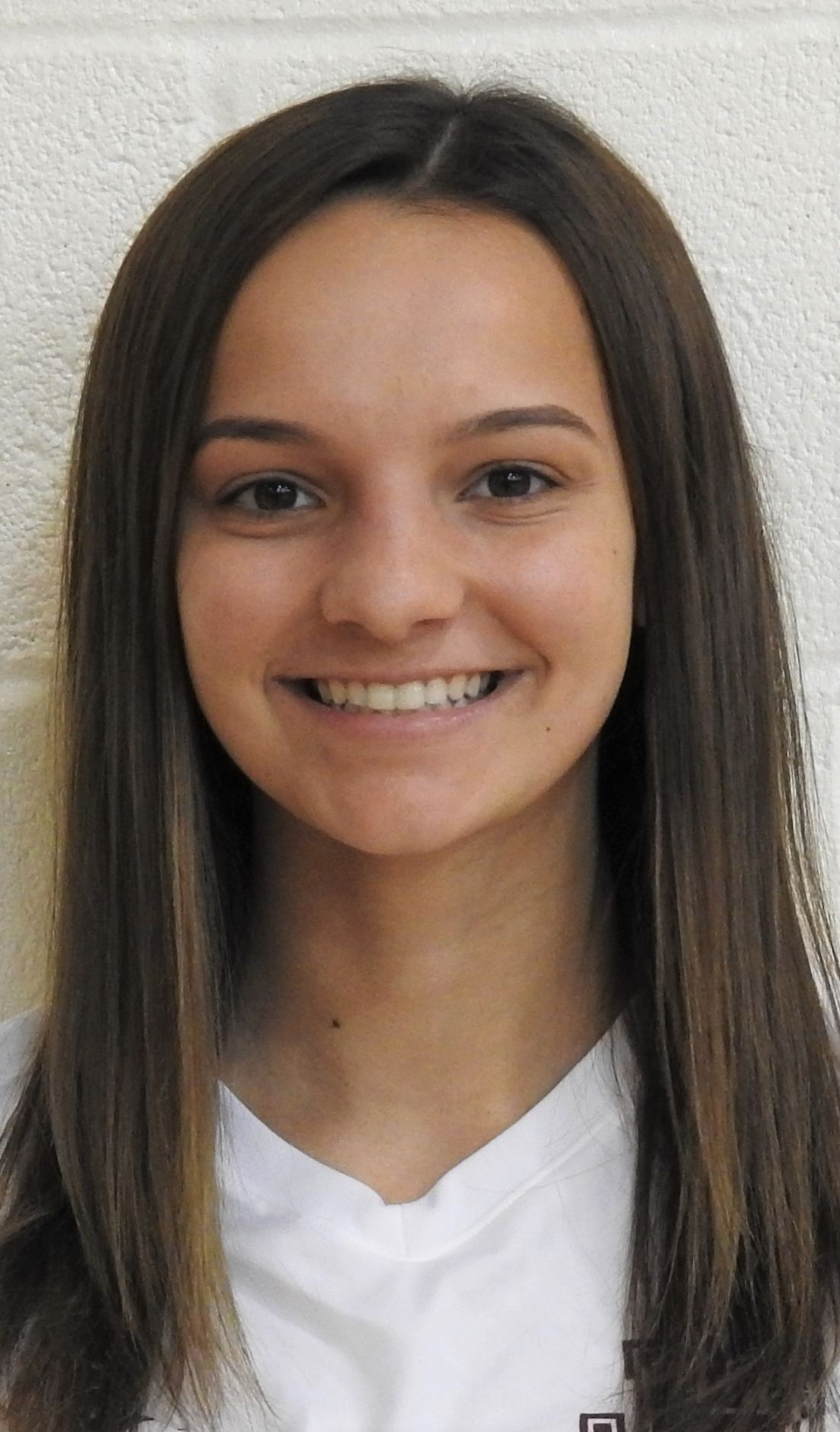 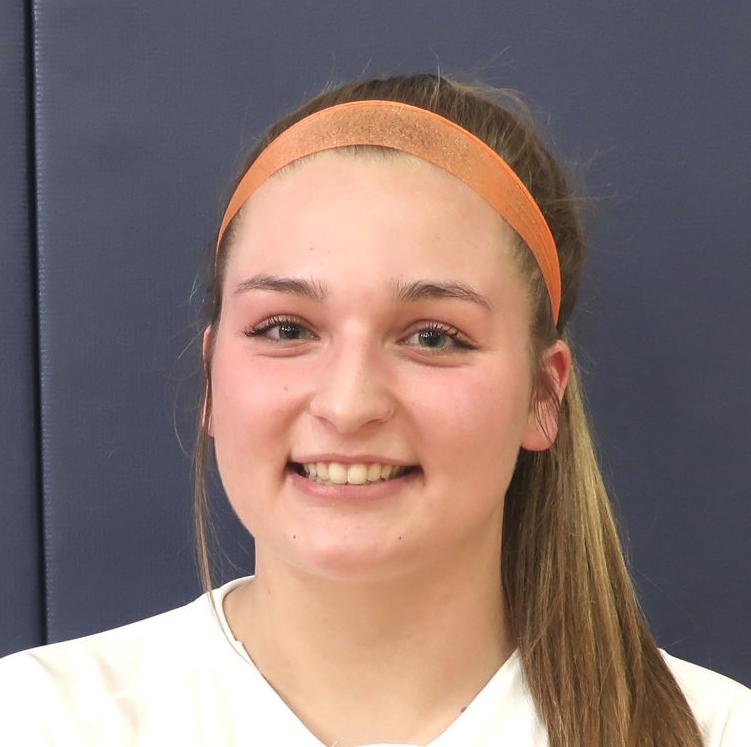 Fast forward to 2021, and Millbrook has already surpassed its 2019 Class 4 Northwestern District win total (one) by winning each of its first two games in overtime. The Pioneers have scored five goals in those two games, one of which was a 3-1 overtime win on Wednesday against a Sherando team that beat them in all three meetings in 2019.

It looks like the Class 4 Northwestern District is going to be even more competitive in 2021, and the Winchester-Frederick County schools could beat up on each quite a bit. Those schools play each other twice each and the other four district schools once each.

“It’s going to be intense,” said James Wood coach Donavan Russell, whose Colonels beat defending district champion Handley 2-1 on Thursday. “It’s a shortened season, [the local schools] are all going to play each other week in and week out, it feels like. Every win matters. It’s just going to be emotionally intense for that short period with that many local games.

So far in the district, Millbrook is 2-0, James Wood is 1-0, Handley, Sherando and Fauquier are 1-1, Kettle Run is 0-1, Liberty is 0-2 and Culpeper County was slated to open its season on Monday with Kettle Run. The two teams that make the district tournament final will advance to the Region 4C semifinals.

James Wood hopes its experience and success from the 2019 season plays a big role this year.

The Colonels (Region 4C qualifier in 2019) only lost three veterans from last year, when the season was brought to a halt at the end of the three-week preseason, and features 10 seniors.

Senior goalkeeper Sadie Kerns will play for NCAA Division I Longwood University next year. She was an All-Region 4C first team selection in 2019, when she had 10 shutouts and averaged 8.2 saves per game. Senior Julia Watts will play a key role at center back.

Four of the Pioneers’ five goals have been scored by senior forward Lauren Rudolph, who will play for Lesley University next year. Senior Katie Douglas (headed to Johnson & Wales) will play a key role in the midfield.

Millbrook’s defense will be led by two future college players in senior Abigail Forrest (Eastern Mennonite), an All-District first team selection in 2019, and Karlie Hepner (Shepherd), a second team All-District player in 2019. Senior goalkeeper Jordan Baer returns after averaging 5.4 saves and recording three shutouts in seven games while missing half the season with an injury in 2019.

Even with the graduation of 2019 Winchester Star Girls’ Soccer Player of the Year Emma Ricci, Handley boasts a wealth of returning scoring power.

The Judges also feature experienced defensive players in senior midfielder Jessica Alamo and junior center back Shayla Fitzsimmons-Call. Taking over in goal this year is sophomore Emma Westfall, who made six saves in a 2-1 win over Kettle Run.

Sherando is led by Kendall Lincoln, a senior forward headed to NCAA Division I power South Florida next year. The two-time All-Region 4C selection has 42 career goals (fifth all-time in school history) and 25 assists. The Warriors also boast a promising freshman in Ella Sampsell, who had a hat trick in an 8-1 win against Liberty.

In the Bull Run District, Clarke County is off to about as dominant a start as a team can ask for. The Eagles opened with a 9-1 win over Madison County in which freshman Madison Toone, the younger sister of Longwood University’s Danielle Toone and Clarke boys’ senior Justin Toone, scored three goals. Clarke County then beat Page County 21-0 on Friday in a game in which coach Jonathan Cousins tried to limit the scoring as much as possible.

The Eagles — who will look to be one of the four teams that qualify for the Region 2B playoffs — only lost one senior from last year’s team.

They feature experience in the back with junior goalkeeper Emma Rogers (9.4 saves per game, five shutouts in 2019) and senior defender Alison Sipe. Freshman Lily Suling will join Sipe in the center of the defense. Madison Toone’s twin sister Summer is an outside back. Clarke County’s midfield includes senior Sophia Deem, who plays on the left side and had six goals as a sophomore.

The following is a glance at each team:

Russell’s outlook: ”The Handley game went just like we hoped. We had a chance to watch Handley earlier in the week, and we knew they were going to be a really, really good team. We had a game plan and executed it well. A lot of these players played together on travel teams this fall. This is a very different team to coach because they are so experienced, and that does help. I think we’ll be well-balanced in terms of scoring. They’re all really, really good passers up front. They always look to make the extra pass. Sidney Rathel is a good central midfielder and does a great job of holding the ball at her feet and just gets the ball where it needs to be.”

Next game: Today at Millbrook

Douglas’ outlook: ”We’ve got the right attitude and the right work ethic, and the seniors we do have are really good leaders. They’ve taken a lot of it upon themselves to set that example, and it’s showing at the start of the season. We went down to Sherando early. In years past, that might have crept in their head, but they battled through it, got the game tied and go on to win it against a very good Sherando team. [On Thursday], Fauquier scored on a PK [to tie it], but we found a way to get a result. They’re battled-tested so far and playing through adversity, and that’s the sign of a good team. Lauren has worked on her game so much on her own and improved so much in two years. She’s a totally different player. She’s stronger and playing with a lot of confidence. She had really good composure on the game-winner against Sherando.”

Next game: Today vs. James Wood

Echard’s outlook: “We’re going to look to play a more possession-style of play to beat teams. We’re really focusing on our fitness and conditioning, so when we’re in the 80th minute or overtime or postseason, we’re ready to attack teams in the first minute and we don’t see the drop-off that some teams typically do with their fitness. A bunch of our players play together on a club team, so that helps to have the camaraderie and bring them together. I think everyone is willing to work together and do whatever it takes, and see to each other’s strengths and play to those in the game.”

Next game: Today vs. Fauquier

Kilmer’s outlook: ”I think we’re going to be a pretty good team. I think the biggest thing is we need to stay healthy and get in game shape. This pandemic has played a role in our conditioning. We have low [roster] numbers at Sherando, and it’s going to take a couple of games to get physically fit. Hopefully, as the playoffs come up, we’ll find our groove. We’re playing Kendall, Ella and Elise up top. I think all three can be very explosive. Obviously, Kendall’s already proven it. Kendall’s leadership out on the field is unreal. She’s almost another coach. It’s fantastic to see much she’s grown as a person.”

Next game: Today vs. Culpeper County

Cousins’ outlook: “We’ve got some pretty impressive freshmen. I expect Madison Toone to score a few goals. She has the technical ability, she has a little pace, she can finish. We have really, really high expectations for the team. We’re pretty deep and we can roll subs through and shouldn’t drop off much. We lost George Mason from the district since they moved to Class 3, and I would love to play them again with this team, because the talent level is pretty good. We’re old and young, so we just have to figure out to play as a team and play for each other.”

Next game: Friday vs. Stonewall Jackson