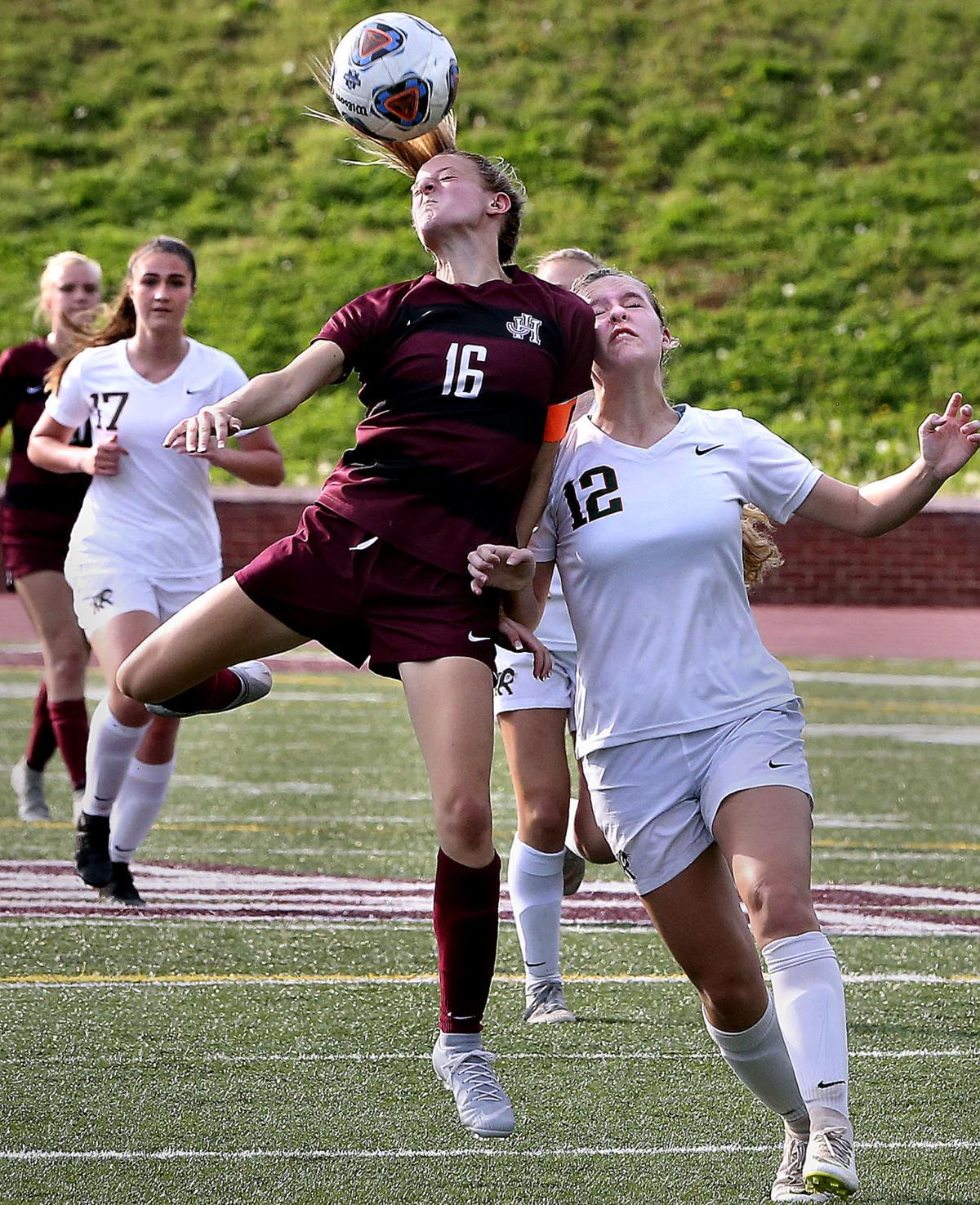 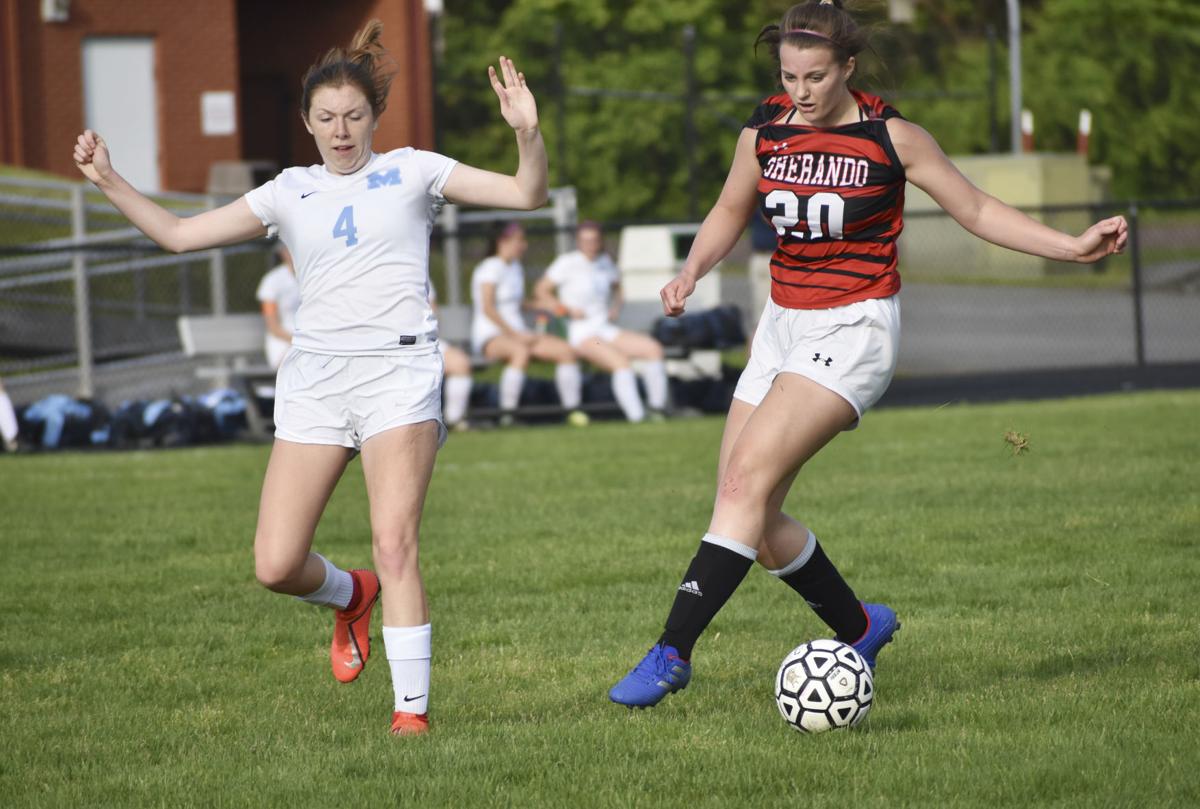 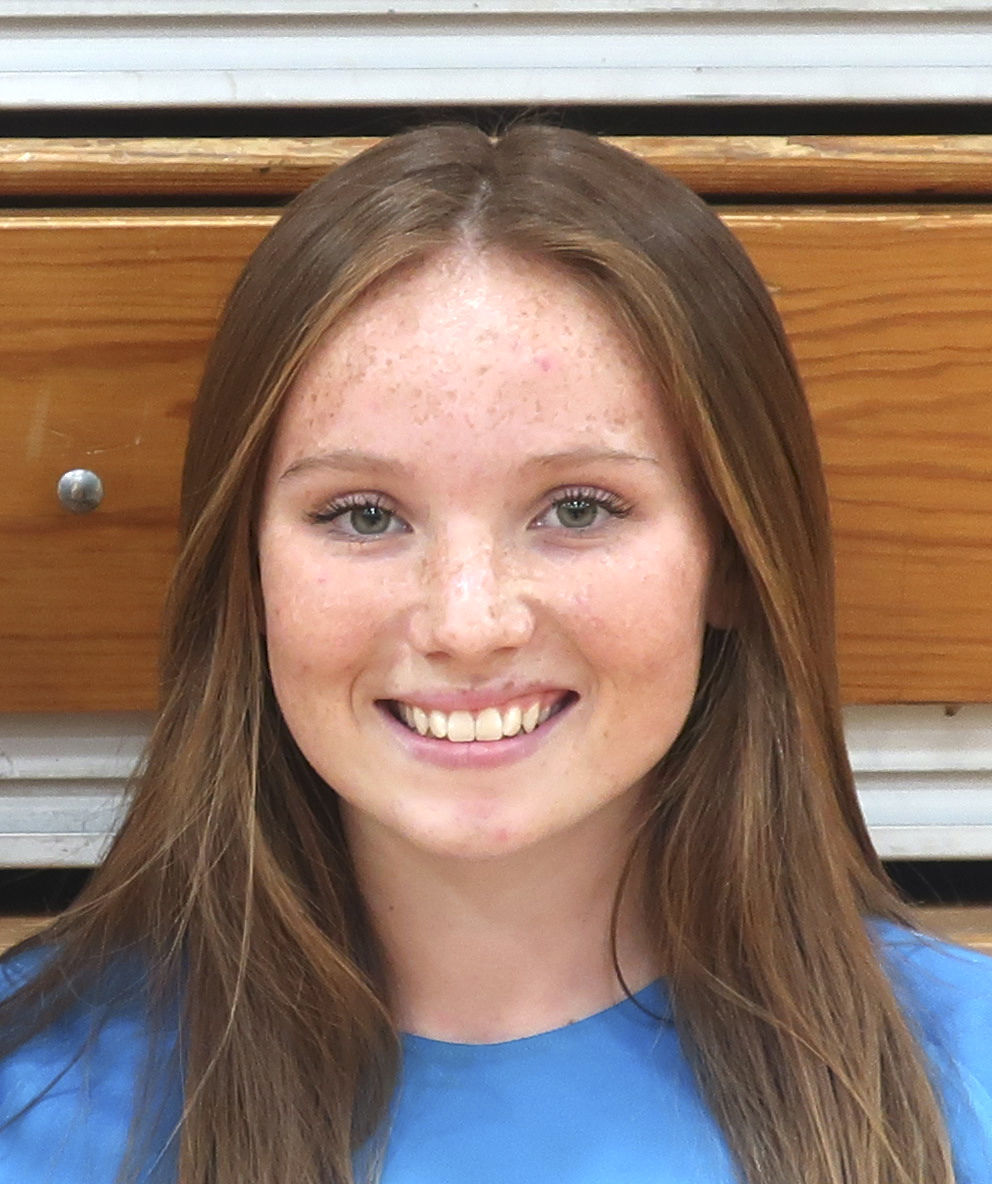 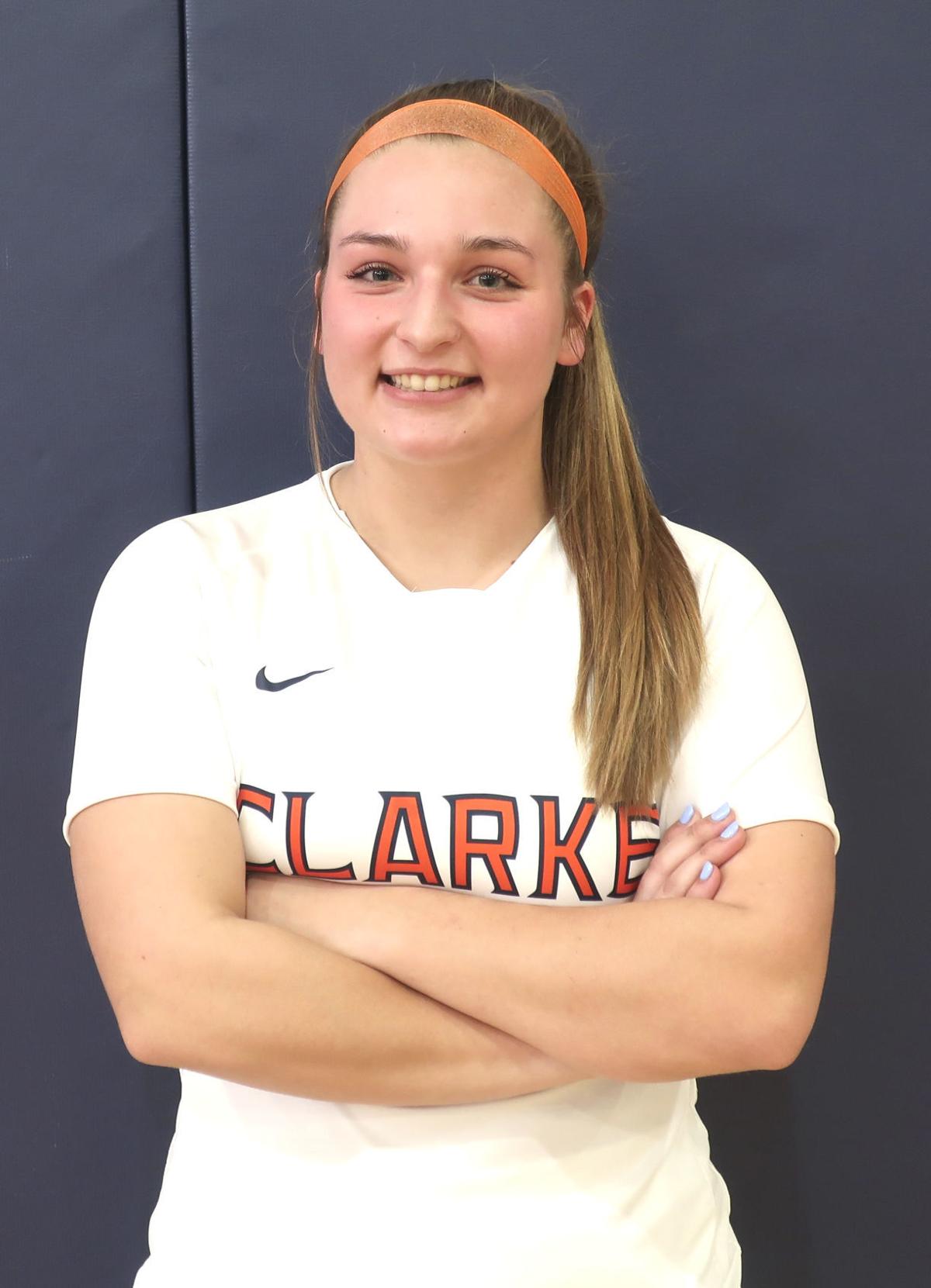 A year ago, the Handley girls' soccer team handled the resignation of ninth-year head coach John Lynch one game into the season in admirable fashion, winning the Class 4 Northwestern District regular-season and tournament titles and a school-record 15 games under interim head coach Britt Miller.

The Judges are now adjusting to yet another head coach in Haleigh Echard, and she couldn't be happier with how they've responded to her.

"We're super excited about the season," Echard said. "There is a lot of talent back from last year, and we've got a couple of freshmen that are coming up big for us.

"I think the team chemistry plays a lot [into the optimism]. The girls are super close, and there doesn't seem to be a lot of drama, which is super nice. That should help us be successful throughout."

Regular-season games were originally supposed to begin today for area teams. Because of coronavirus (COVID-19) concerns, the Virginia High School League announced on Friday that the first competition date for spring sports will be delayed until March 30.

Echard knows a thing or two about team success — she played in 93 games for Penn State University from 2014-17, including 26 for the Nittany Lions' 2015 national championship team.

With nine primary starters and 68 goals and 50 assists back from last year's team, Echard and Handley (15-4-3) certainly have the potential to stay on top of the district.

Leading the way is 2019 Winchester Star and Class 4 Northwestern District Player of the Year Emma Ricci. The forward — who also earned first team All-Region 4C honors — led the area with 29 goals and also had nine assists. She has committed to NCAA Division III Christopher Newport University.

The Judges lost their two starting center backs. But Echard has a lot of confidence in sophomore Shayla Fitzsimmons-Call, and Jessica Alamo (first team all-district) could play as a holding midfielder or shift back to the center of the defense next to Fitzsimmons-Call.

"We set high goals for the season," said Echard, whose team hopes to not only defend its district championship but also earn a state tournament berth. "We work every practice to make it a competitive environment. We know what we're looking for. The girls are willing to put in the work to get there, and I think it's going to be a really exciting season for them."

Handley will have to work hard to repeat as district champions, because the two teams that finished just two points behind the Judges in the district standings both feature of plenty of talent.

Sherando (12-5-1) returns seven starters and features two players who have committed to the NCAA Division I level in junior forward Kendall Lincoln (nine goals, 14 assists) and Warren County transfer and senior midfielder Izzy Unrath. Lincoln recently gave a verbal commitment to South Florida, while Unrath signed in the fall with Longwood. Both were first team all-region selections last year (Lincoln for 4C, Unrath for 3B).

Unrath will be joined in the central midfield by another new face in Valeria Castillo, who transferred from Herndon High School last year but didn't play for the Warriors because of a knee injury. Senior Abbie Dodson (second team all-district, five goals, three assists) will join Lincoln up top as the Warriors look to improve on last year's goal total of 35.

"We're a very technical, very skilled group," said Sherando 21st-year head coach Rob Kilmer, the only area head coach who's been at his post for more than one season. "Virtually any girl can play in any spot. Depending on who we're playing, we can use girls in multiple positions. That's a good problem to have for us.

"We're looking for a possession game from the team. We're hoping that creates more goals."

James Wood (14-5-1) lost its three leading scorers — including school career goal and assist leader Katie Padgett — but return seven players with starting experience from a team that won a school-record 14 games and played in its first region tournament since 2012.

Goalkeeper Sadie Kerns posted 10 of the team's school-record 12 shutouts while making 8.2 saves per game (the Colonels tied a school record for fewest goals allowed with 15). Kerns is one of 12 juniors on the team. Senior Audrey Hottle is expected to anchor the center of the defense.

"We've got a big junior class, and most of the girls played a lot last year," James Wood coach Donavan Russell said. "They've got a lot of big-game experience. Our senior leadership is great. We're kind of building on what we did last year. The starters that we lost, we'll notice them not there, but we've filled in quite a bit. Offensively, we're going to be just as dynamic as we were last year, and possibly even a little bit more. I don't expect our defense to have 12 shutouts this season. But I expect us to compete every game and be in it with every team."

Millbrook (3-12-2) only scored nine goals last season, but the Pioneers did have a solid defense that allowed a respectable 2.4 goals per game even though goalkeeper Jordan Baer was injured for half the season.

Pioneers coach Rob Douglas said the development of players like freshman Isabelle Saville, sophomore Summer Brennan and senior Mikaela Henning could result in Forrest and Hepner being moved up higher on the field so Millbrook can take advantage of their skills.

"We feel really good about the team," Douglas said. "It's a fun group to coach. They're great girls, they work hard, they get along really well on and off the field. They play for one another, and I think we're going to take steps in the right direction."

In the Bull Run District, Clarke County (8-10-1) no longer has to deal with George Mason. The Mustangs — who won 11 straight state titles until losing in last year's Class 2 final — are now in Class 3. One of the new challenges in the eight-team district will be Stonewall Jackson, which advanced to the Class 1 state final last year and is now in Class 2.

The Eagles lost their two leading scorers in Keagan Bragg (now at NCAA Division I High Point) and Sophia Deem (now competing in track & field) — and their leader in assists, Maeve Lyman, so the Eagles will have to figure out ways to replace what they provided. Sophomores Rebecca Camacho-Bruno (five goals last year) and Maya Marasco (three) will be working together up top this season.

Head coach Jonathan Cousins likes what he sees from his team.

"They're close," he said. "A bunch of them play together in club soccer. They're friends and they work for each other. They have a good attitude.

"We need to figure out how to score goals, but I'm optimistic in what we can do. It's a good team. We're going to compete to win this district. If the team buys into everything we're trying to do, we can be great."

The following is a glance at each team:

Echard's outlook: "We're looking at Shayla Fitzsimmons-Call to be a communicator and the start of the brick wall of our back line, hopefully. We're excited about her stepping up. Lauren Mason has come up big for us, being confident as a freshman and communicator on and off the field. [Offensively], hopefully we'll get a good connection from our front three or four, get some good goals this season and make it some pretty soccer."

Russell's outlook: "Audrey [Hottle]'s really improved her speed this year. She was rehabbing an ACL injury, probably even at the start of last year, but that's not an issue anymore. She's fast, she's strong, she plays with her head in the air, and really understands the position. She's really going to anchor us in the back. Between her and Sadie, the communication is just amazing back there. Kaitlyn Mounts has gotten a lot stronger on the ball. Her touches have really improved. She's going to create a lot of our offense. We're going to rise and fall with her skills and what she does. Sidney Rathel and Olivia Walker are both bigger, stronger and faster. Olivia's grown about four to five inches."

Kilmer's outlook: "[Unrath and Castillo] are both very dynamic and very good with the ball at their feet. Both are very good in the air and both are extremely hard workers. Both can score from anywhere. We're very solid and experienced in the back. All the girls play for very high-level clubs. Hannah Weber's [Blue Ridge United] club coaches are Rob Douglas at Millbrook and Donavan Russell at James Wood, and they've done a tremendous job with her. Shes's come a long way from last year. Last year, everybody pretty much knocked each other off in the district. It's going to be interesting to see how this thing ends because I think everybody's capable of that again."

Douglas' outlook:  "It's going to be a group effort on defense. Last year was hard with the injury [Baer] dealt with, but she's been really good in training and she had a nice game [in the scrimmage] against Loudoun Valley. It's going to be offense-by-committee. We need to be good on restarts and corners. We're hoping to get some goals out of my daughter [Katie]. She had a nice freshman year with three goals and led the team in assists last with three. Carolina Arias is a very fast player, and Amy Huggett has got a big shot from outside. [In the midfield], Amy is very good at beating people one [against] one and playing balls into dangerous places for defenses. Amanda Decker is very talented and comfortable with the ball at her feet."

Cousins' outlook: "The back line knows my expectations and they're really solid. They work together and communicate. They had a great [scrimmage] against James Wood the other night. Audrey Price shined for JV last year and scored goals, so this year we're hoping maybe she can step in and help out. Abby Rogers is Emma's twin sister and is a solid central midfield player who can help. But's it's going to have to be a total team effort for us to score goals."