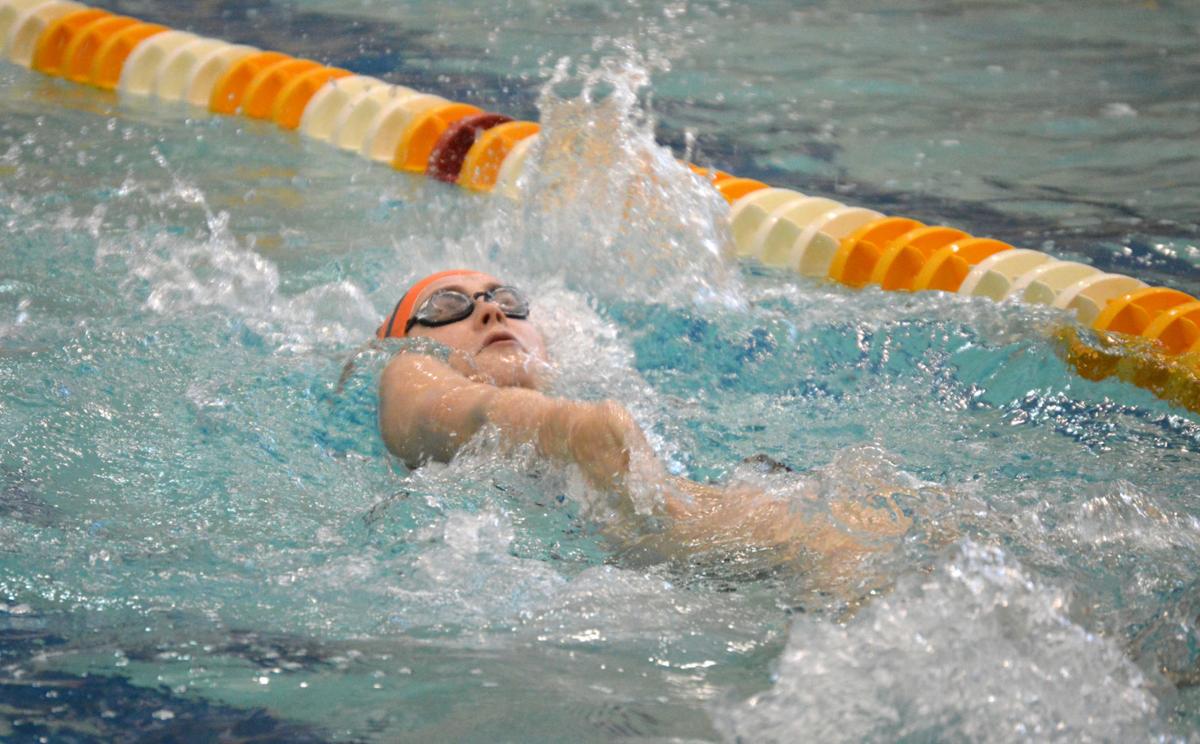 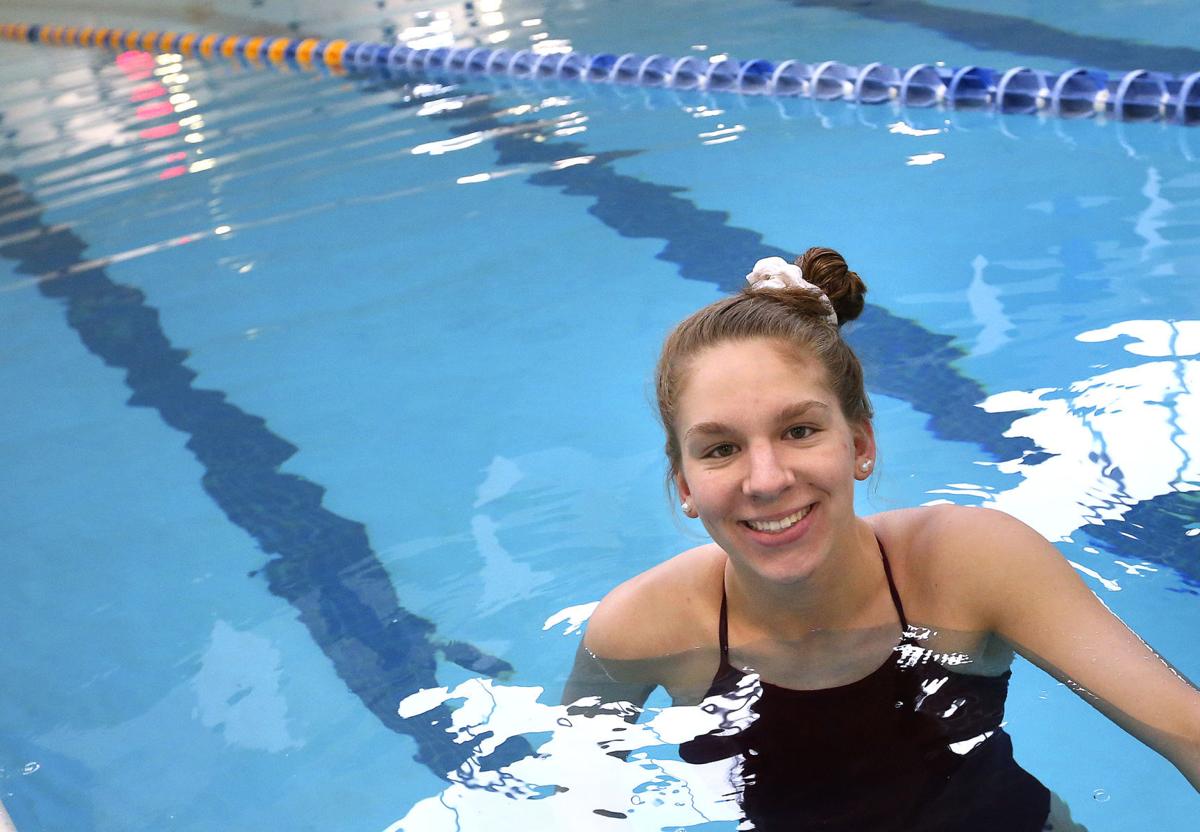 Sherando senior Emma De Jong was The Winchester Star’s Girls’ Swimmer of the Year for the 2019-20 season. She earned all-state honors in the 100 breaststroke and 100 freestyle. 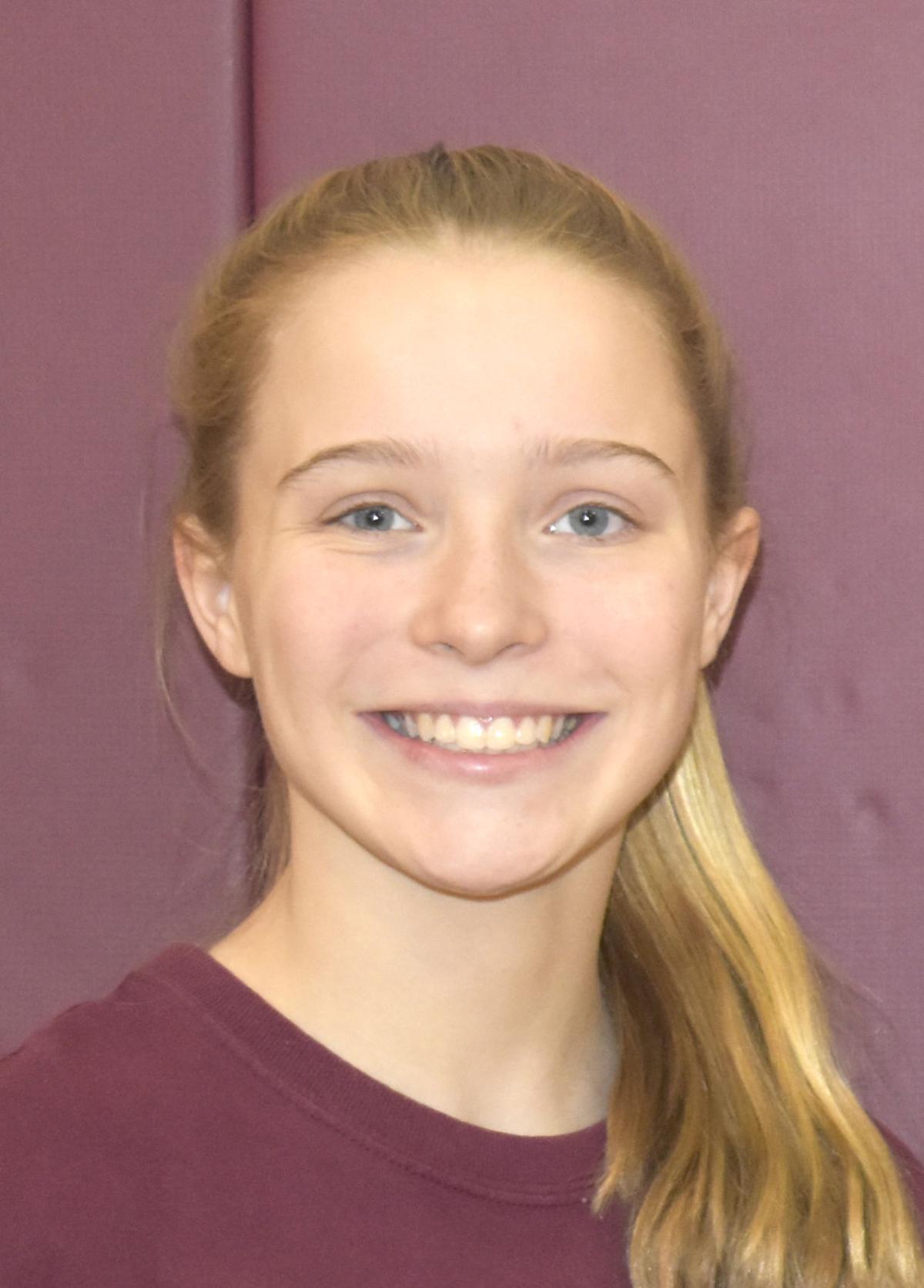 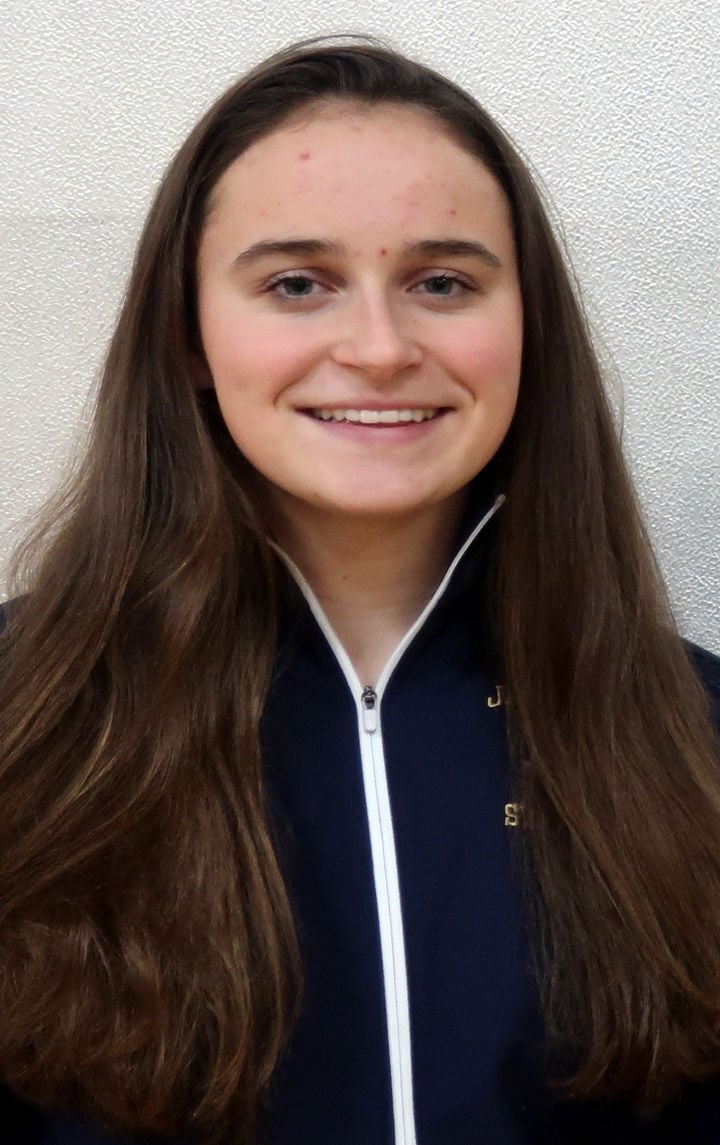 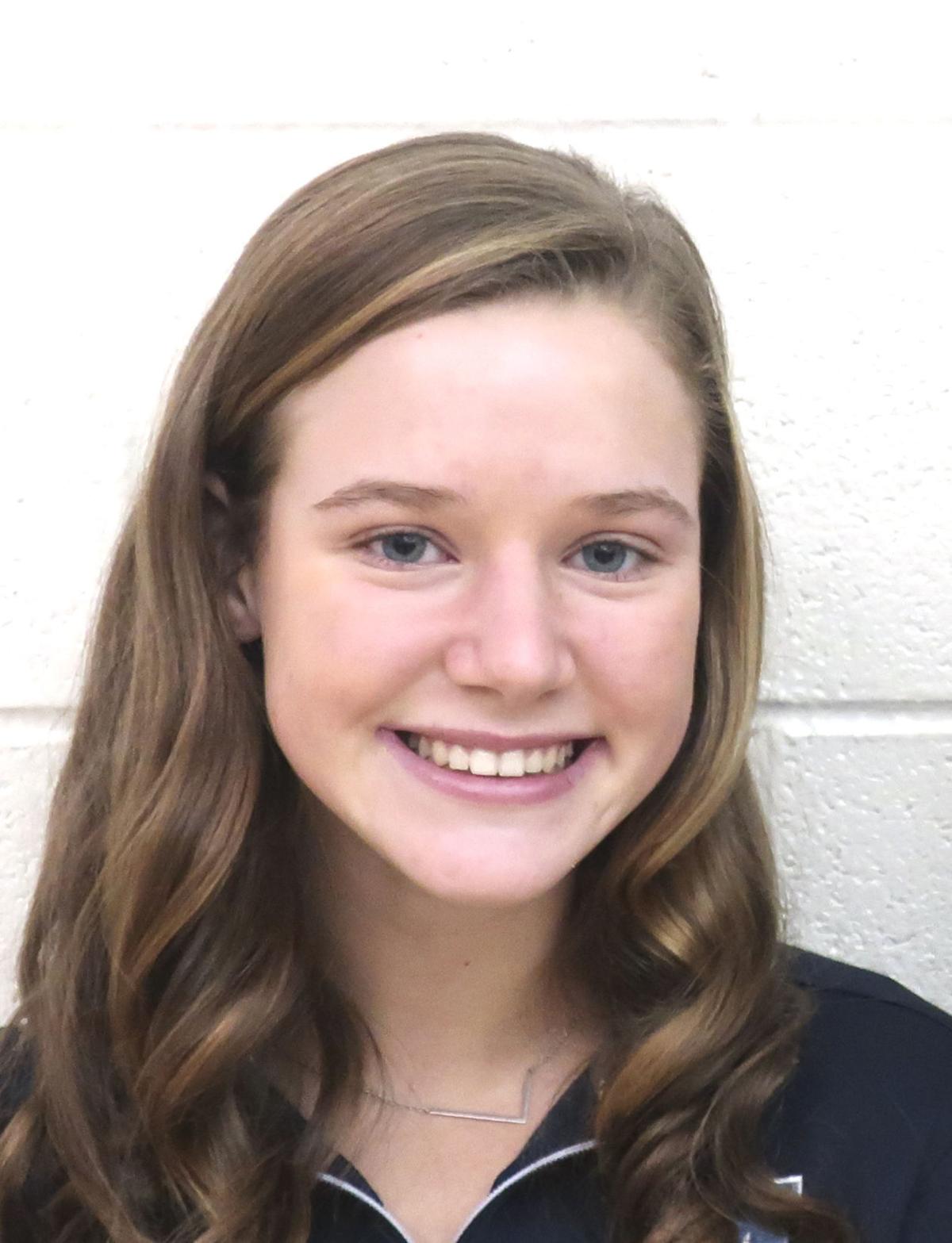 Sherando senior Emma De Jong was The Winchester Star’s Girls’ Swimmer of the Year for the 2019-20 season. She earned all-state honors in the 100 breaststroke and 100 freestyle.

The 2020-21 area high school swimming scene is going to be a lot different due to COVID-19, but Saturday did provide some familiarity.

At the Signal Knob Recreation Center in Strasburg against Strasburg High School, Sprincis captured the 500 free in 5 minutes, 21.77 seconds to win by nearly 34 seconds. Sprincis — who won the state title in that event by 16.77 seconds last year in a school-record time of 5:12.65 — won the 200 free in 2:03.88, five seconds off her best time of last year when she placed third in Class 2.

For a variety of reasons, Sprincis (the area’s fastest swimmer in the 400/500 freestyle last year) is just one of three girls on the Clarke County girls’ team, though. The fact that Clarke County students aren’t in school on a daily basis definitely plays a part in the small roster size.

“It was hard to recruit,” Eagles coach Carol Marshall said. “You don’t see people in the hallways because only half the kids are in the building at a time. It was hard to get the word out there.”

Even though Sprincis won’t get to compete on any relays, she’ll get plenty of work in this winter, and she’ll be pushed. Sprincis practices with Winchester Swim Team on the Eagles’ off days, and she’s been training with Clarke County’s boys’ swimmers since the start of her Eagles career.

“She’s got plenty of pool time to help her reach her goals,” Marshall said.

The only other one of the five area high schools that will compete in the VHSL winter season is Handley. The Judges were sixth in the eight-team Class 4 Northwestern District last year, but Handley coach Tag Grove expects his team to be much stronger this year. The Judges did not lose any seniors, and Grove has high hopes for a trio of freshmen swimmers who have joined the program.

The returners have promise as well. The group includes sophomore Sullivan Morefield, who was fifth in the 200 freestyle and sixth in the 50 free at last year’s district meet.

For the VHSL swimming season, athletes will not be able to qualify for state competition based on time. Swimmers will have to place in the top four of their region meet to advance.

Due to COVID-19 concerns, Frederick County has chosen to hold its season after the conclusion of the VHSL season from March 1-27. Team rosters could change from now until then, but the three schools could feature swimmers who combined for nine of the 10 Winchester Star All-Area first team selections last year (Sprincis was the other).

Sophomore Chelsey Jones was unable to compete in the district and region meets last year but she too earned individual all-state honors, taking sixth in the 100 fly. She had the area’s fastest meter time in that event (1:04.13) and also competed in the 100 backstroke at the state meet.

The Colonels also bring back junior Paige Simko, who competed at the state meet last in the 100 free and 100 breast; and Star All-Area honorable mention selection Leah Snapp, a junior who helped the aforementioned three swimmers place ninth in the 200 medley relay and 10th in the 200 free relay at last year’s state meet.

Millbrook will be led once again by junior Lyddie Esslinger, a Star All-Area selection who competed in the 100 backstroke at last year’s state meet. Junior Olivia Webster, who placed sixth at the district meet in both the 200 IM and 100 fly, also returns.

Marshall’s outlook: “Leah, she’s solid. Her strokes have improved over the last year. She’s a little bit more confident. I think she’ll contribute more this year than she did last year. Riley has come along strong. She’s very coachable and is listening to our critiquing and making corrections as necessary. I’m really impressed with what I’ve seen from her so far.”

Grove’s outlook: “We’re pretty strong on the girls’ side. We found some kids that just made huge improvements. Claire [Zombro] was one of those. Sullivan Morefield was one. Talley Sublett was a kid that you can put in any event and she would do a great job for us, and we’re looking forward to having her back. We have three freshmen who are all strong at the 500 and can do well in other events. Laura Salley does a great job for Winchester [Swim Team]. Grace Morgan is a distance swimmer primarily for Winchester and is one of the top kids on the East Coast. We had another one of the top kids on the East Coast, Hailey Brown, who moved in from Fairfax. With those three freshmen, I can find someone else to add on and we could have some pretty good relays as well.”

Knight’s outlook: “When you lose some of the talented swimmers like we did, that’s tough for any team. But we’re very blessed this year to have a pretty strong girls’ recruiting class. Madison Reed is the daughter of Jeff Reed, the head coach down at Valley Swim Team Phoenix. Madelyn Twigg is Gracie’s younger sister, and she’s a very talented Phoenix swimmer as well. So once again we think we’re going to be pretty deep and pretty strong on the girls’ side. We had some trouble with Chelsey Jones last year coming up with injuries, and we were optimistic that she was going to be a little bit better and a little bit healthier this year.”

Sigler’s outlook: “We pretty much have everybody returning who were a part of our top relays, and I think we can be successful in that area. A lot of our swimmers have still been swimming year-round with club teams, so hopefully, we can jump right in when we start swimming as a team again.”