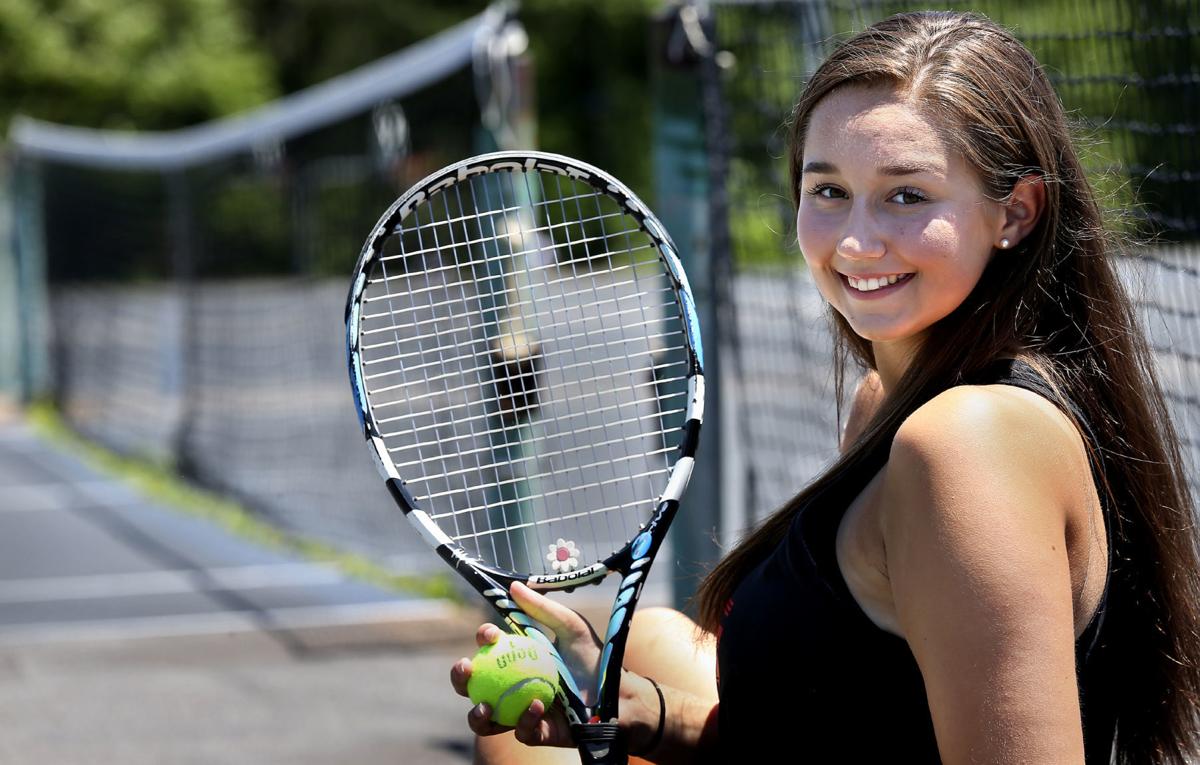 Sherando’s Maddy Woolever got some experience at No. 1 singles last season and is the reigning Winchester Star Player of the Year. The Warriors advanced to the Class 4 quarterfinals last season. 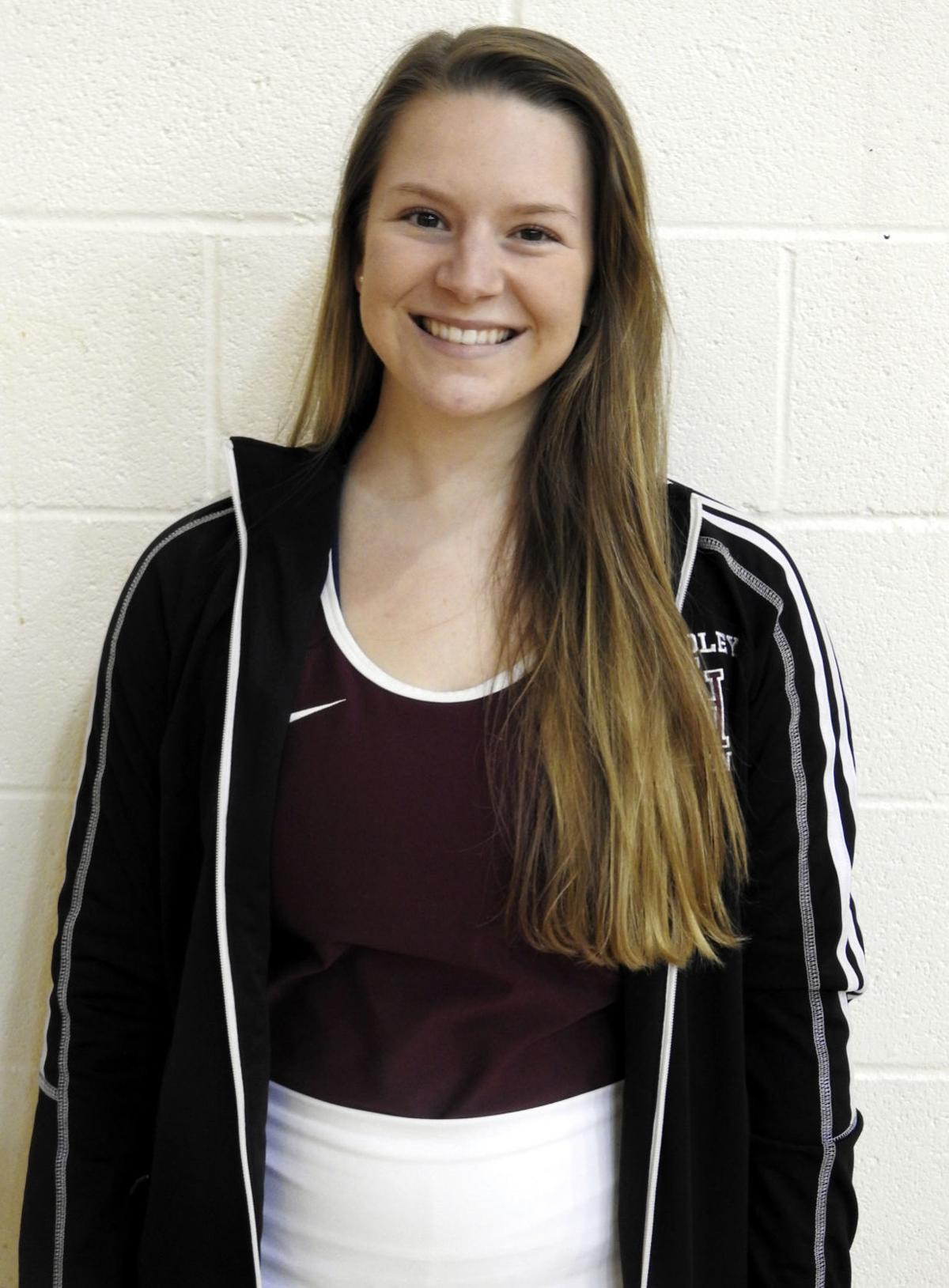 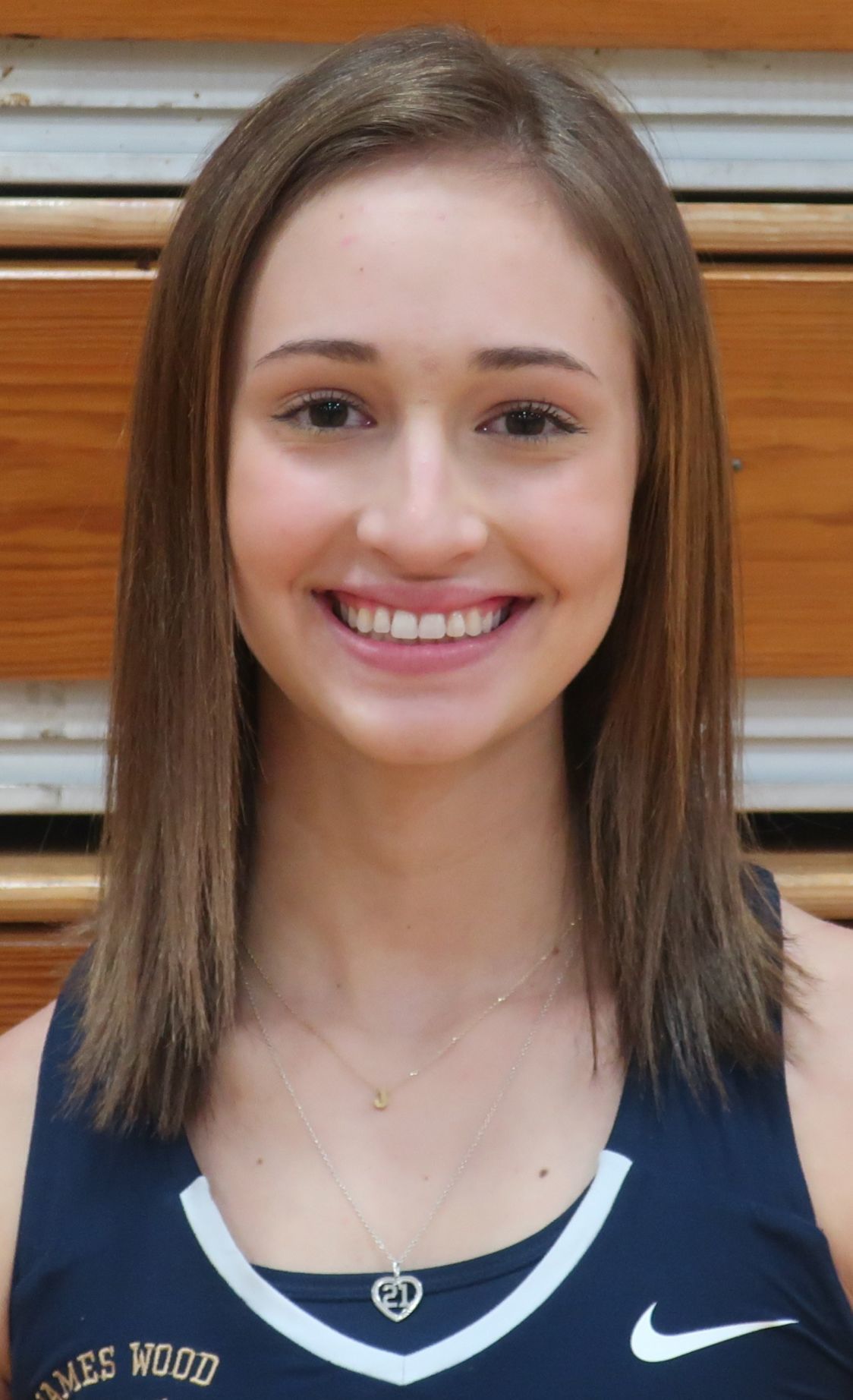 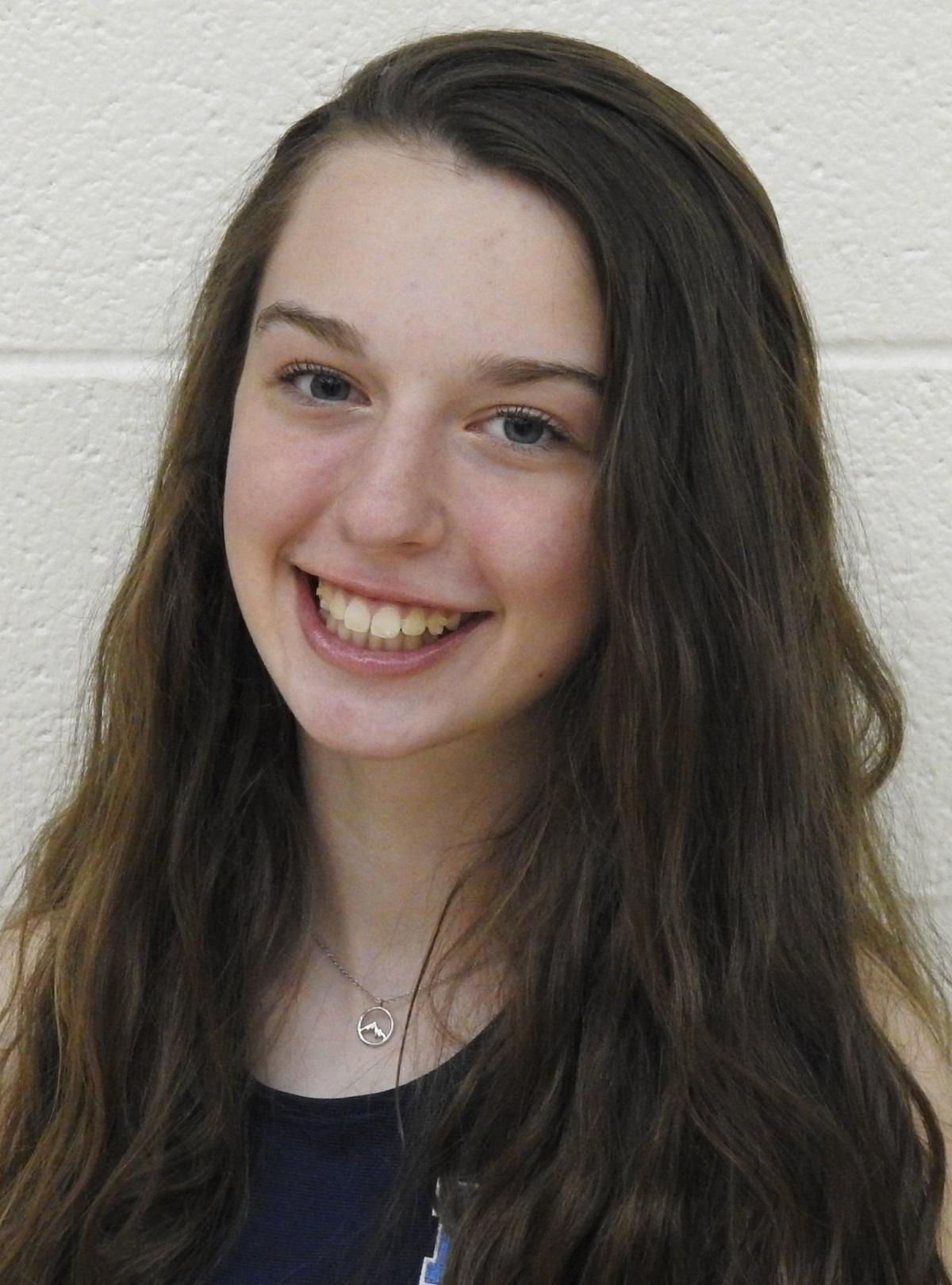 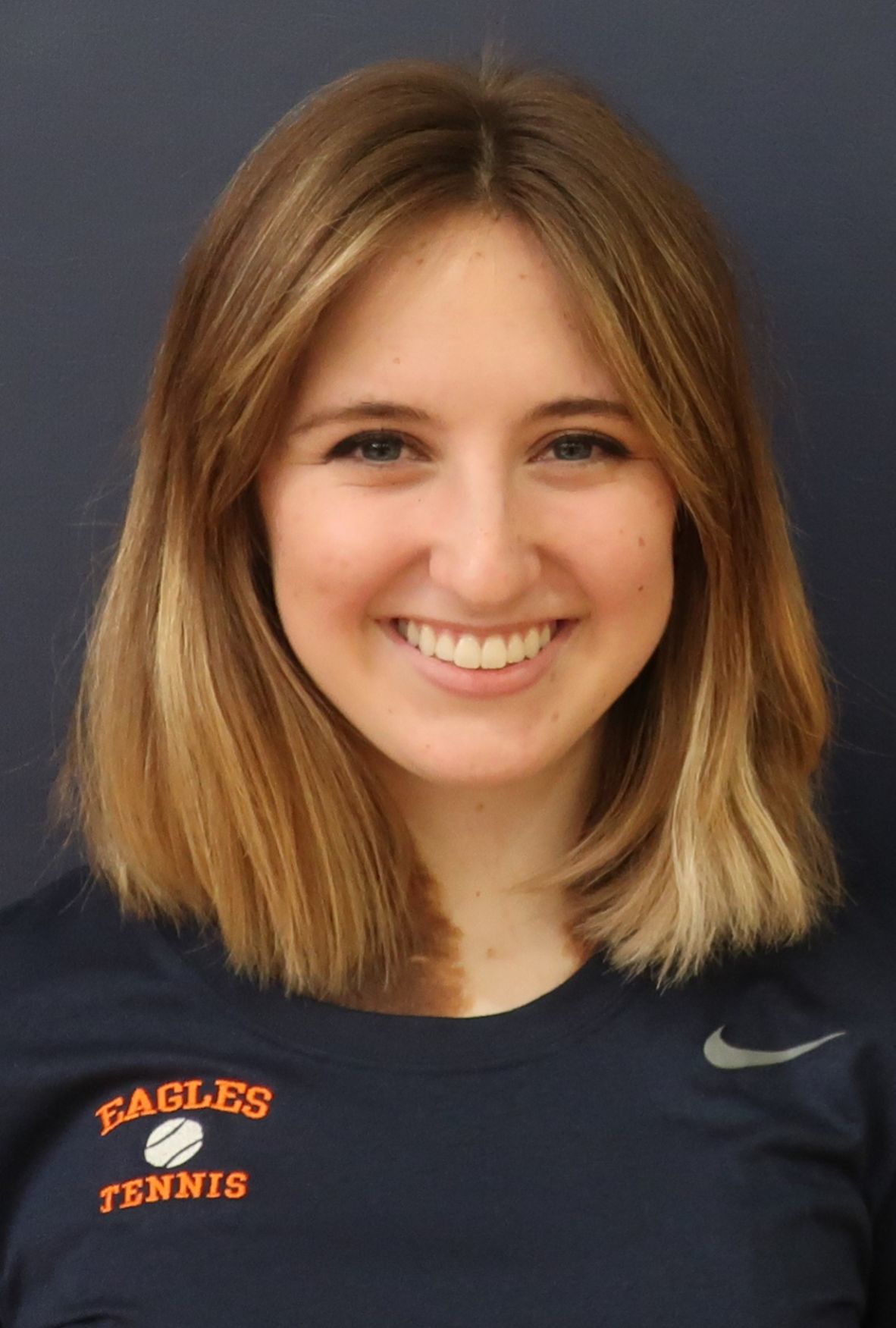 Sherando’s Trevor Johnson certainly wants an opportunity to see how his girls’ tennis team can perform this season.

The Warriors came on strong at the end of last season, knocking off Class 4 Northwestern District regular-season champion Fauquier (which had beat them 9-0 twice) in the district tournament final on the way to a berth in the state quarterfinals.

With three of his top four players, including Winchester Star Player of the Year Maddy Woolever returning, Johnson had high hopes for a season that may or may not come thanks to the coronavirus.

With Monday’s announcement that Governor Ralph Northam had canceled school through the end of the school year, the Virginia High School League has left a small crack that teams possibly could play in July.

Johnson said that all of his top players, aside from Addy Gannon who was on the swim team, had been working on their games well before spring practice began.

“All of them have been playing through the winter and working out,” Johnson said, prior to Northam’s announcement. “They really all have gotten stronger and really improved. We’re going to have a very strong team.”

Woolever, who at times played No. 1 last season when district runner-up Alexa Venturato was injured, was looking toward a fine senior season. Woolever, who as a freshman was part of Sherando’s 2017 state runner-up team, went 17-2 in singles and 10-4 in doubles. She went 8-0 at No. 1.

“Playing when Alexa got injured really helped her,” Johnson said. “I think in all of her matches when she had to play No. 1, she won. I think by being The Winchester Star Player of the Year it really motivated her. She didn’t want to let the school down or let [the newspaper] down in the fact that you voted for her.

“She’s worked really hard. She’s strong. She’s more aggressive. Her serve has improved. She’s worked hard in the offseason. This is her sport. She gave up volleyball and this is what she does.”

Emily Loy, 13-7 while playing No. 1, 2 and 3 singles at times and 12-3 in doubles, moves up a spot from where she ended the season in singles to No. 2. Gannon, who played at No. 4 singles, moves up to No. 3. Lea Blevins and Rebecca Grigsby, who got some time last season, were at No. 4 and No. 5. Kloe Thomas and Morgan Sutphin were battling for the No. 6 singles slots.

Johnson said he was working on pairing his doubles teams, which has more significance since the doubles matches will be played ahead of singles.

“I work my doubles where I see who is going to be the most aggressive and who works well together,” Johnson said. “Obviously I would need to see them play. I’ve only been able to see them play together in practice a few times.”

Usually Handley is right in the mix. Coming off a 2018 season in which they advanced to the state finals, the Judges struggled last spring to replace many of the players gone from that 22-1 squad.

Now many of the players who gained experience last season are back for Martha Johnson’s team, which has a large roster of 19.

“I think she’s been working a lot on her game at the [Winchester] Country Club,” Martha Johnson said of Larsen. “She was really looking forward to being No. 1 and the pressure that comes with. I think she was welcoming to that opportunity.”

“We have a lot of flexibility with our lineup,” Martha Johnson said. “They all seem to get along and want each other to do better. That’s a good problem to bring to practice every day.”

Steve Klubertanz is the new head coach at James Wood and inherits a young squad that lost two excellent players at the top of its lineup. Lily Kimble (No. 2 at Shenandoah) and Morgan Burner (No. 4 Shepherd) are making immediate impacts in college.

“We have zero seniors this year,” Klubertanz said. “We have three juniors and an even mix of freshmen and sophomores, so we’re definitely a young team. Last year’s underclassmen are all stepping up and stepping ahead into the roles that were vacated by graduation. Everybody is rising to the occasion and chomping at the bit and ready to get back in it.”

Caroline Partlow takes over at No. 1. Returnees Maggie Utz and Lauren Klubertanz have the next two spots, followed by newcomers Elisabeth Bass, Bianca Linares and Grace Allen. Partlow-Utz, Klubertanz-Linares and Bass-Allen will be the doubles combinations.

Millbrook also is young with just two seniors (Audrey Hoffman and Stephanie Smith) on the roster.

“I thought that they were working well together,” coach Jenny Russell said. “We had a lot of freshman come out this year, so it’s been nice to see the veteran players coming back and helping them out. We really were just getting started who was going to pair up with each other doubles wise and finishing those challenge matches.”

Freshman Kinsey Knox moves into the No. 1 singles slot. Amanda Dalton, Hoffman, Stephanie Smith, Tiffany Cheung and Shain Barbara round out the singles lineup with Lauren Durbin pushing for a spot. The Pioneers’ doubles teams are Knox-Dalton, Hoffman-Smith and Barbara-Lauren Durbin.

Russell has been impressed with the improved play of Cheung, Barbara and Durbin. “All three of them have really improved,” she said. “I think they’ve been playing every day and practicing. You can tell a huge difference in their game.”

Clarke County coach Ted Schulhof has plenty of experience. Five of the players in his singles lineup are seniors who have been with the program since they were freshmen.

“I know you get these cliches, but by and large these kids love tennis,” Schulhof said. “It really was making their school year for a lot of seniors. It was all they were looking forward to.”

Seniors Julia Callender and Katie Crandall, who dealt with injuries, will be in the top two spots. Seniors Barbara Fairbanks (No. 3), Reagan Johnson (No. 4) and Kaitlyn Spitler (No. 6) are also in the singles lineup. Kandis Ajyeman is at No. 5 with newcomer Ryleigh Webster battling for a slot.

Schulhof had hoped to challenge in the Bull Run.

“Julia Callender had amped up her game,” he said. “Katie Crandall was back and she seemed in pretty good form. Reagan Johnson had really elevated her game.”

Johnson’s outlook: “I expect them to do well and go far. I really do. I think they have a very good shot at advancing into the playoffs. I don’t know about anybody else and what they have. I truly only care what I have and trying the best of what I can with my team.”

Johnson’s outlook: “I think we have a good chance to get out of the district. I really feel like that because of our depth and how much fun we had last year. If it’s fun and they work hard, the really good things can happen.”

Klubertanz’s outlook: “We definitely are shooting for above .500. We are definitely shooting for a winning record and to continue to set up a building block for next year. … The good part about having such a young team is that everybody wanted a chance for the mantle of leadership. Everyone is showing they are the young ones, but they want to go out and win and prove themselves. It’s kind of a refreshing sight to see.”

Schulhof’s outlook: “My goal was to win the district and to move beyond into the next round. I feel like we had the weapons to do it. Not knowing much about our competition, that’s easy to say. I was feeling pretty good of where we were at and how hard the kids were working. I was most optimistic.”