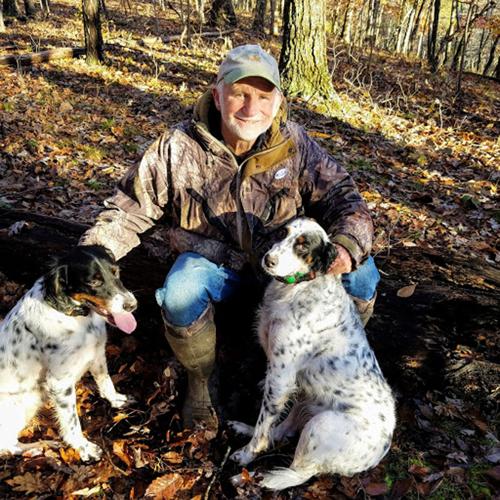 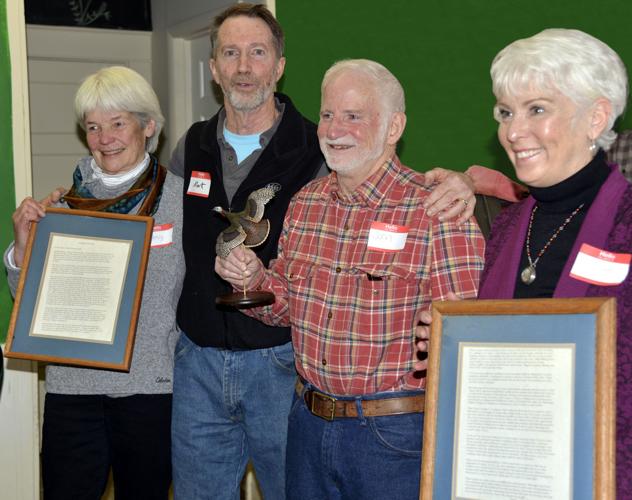 GAINESBORO — The Cacapon River watershed, just west of Frederick County in the Potomac Highlands region, is considered by some to be the cleanest river system in West Virginia, if not the entire eastern United States.

If that’s true, it’s in part because of people like John Gavitt, who was recently recognized as a “champion” of local land and water conservation.

“It’s truly made me joyful,” Gavitt said about preserving land in Frederick County and West Virginia during his retirement. “I’ve had 12 wonderful years.”

Gavitt, 70, owns the 437-acre North River Retreat in Hampshire County, W.Va., where guests hunt, fish and camp along the North River — a tributary of the Cacapon River and part of the greater Potomac River watershed.

“I call it a for-profit nonprofit,” Gavitt joked about the retreat. “I never made any money at it.”

But money wasn’t his intention. After a life spent combating wildlife crimes all over the nation and world, Gavitt wanted to return to a place that was special to him in his youth and do a more peaceful kind of nature preservation.

“It’s an incredibly healthy watershed,” Jennifer Jones, CLRLT executive director, said of the Cacapon and North rivers — among the cleanest flowing into the Chesapeake Bay. The banks are more than 85 percent forested, with few roads or houses — rare for any kind of waterway on the East Coast. She said landowners like Gavitt, who first put his North River property into a conservation easement 20 years ago, are the reason the rivers continue to exist unspoiled.

“John was one of the first leaders in the conservation easement community here in the watershed,” Mark Haynes, CLRLT board chairman, said in a news release.

Gavitt, a Navy brat, lived in McLean for a time as a child because his father was stationed in Washington, D.C. While in school he met the family that founded the Lake St. Clair community off North Frederick Pike (U.S. 522) in Frederick County, where he would go boating and fishing.

“I fell in love with this area,” Gavitt said of Frederick County.

In 1973, Gavitt started his career as a wildlife officer with the state of Florida before becoming a special agent with the U.S. Fish and Wildlife Service. Eventually he took a job as an undercover agent conducting domestic anti-poaching investigations. In 1985 he was put in charge of the undercover unit, which led to his appointment to the CITES (Convention on International Trade in Endangered Species of Wild Flora and Fauna) Secretariat in Geneva, Switzerland, in 1995.

“I was on loan to the United Nations,” Gavitt said. For 10 years he traveled Africa, Asia, Micronesia and other places enforcing international wildlife treaties. In 1995 he took a job directing wildlife operations in Alaska until his retirement in 2000. He then worked as a consultant for the San Francisco nonprofit WildAid until 2006, when he and his wife Arlene, a nurse, moved to 27.3 acres along Hogue Creek in Frederick County.

Gavitt thought he would come back to find the Frederick County of his youth. Instead, he found a place threatened by development. He put his own property into a conservation easement. He also convinced many of his neighbors to do the same, accounting for hundreds of additional acres.

“It was probably one of my most joyful moments,” he said. “To have them contribute to the conservation of a really special area out here in Frederick County.”

Gavitt announced this week that health issues are forcing him to close his North River Retreat. But he knows the land will be maintained in perpetuity because it’s in conservation easement, and that makes him happy.

“I hope that I have instilled in you not only an appreciation of the outdoors, but also a respect and love for God’s Creation,” Gavitt wrote in an email to friends and customers on Monday.

A true outdoorsman who walks the talk. The Chesapeake Bay thanks you and the others.