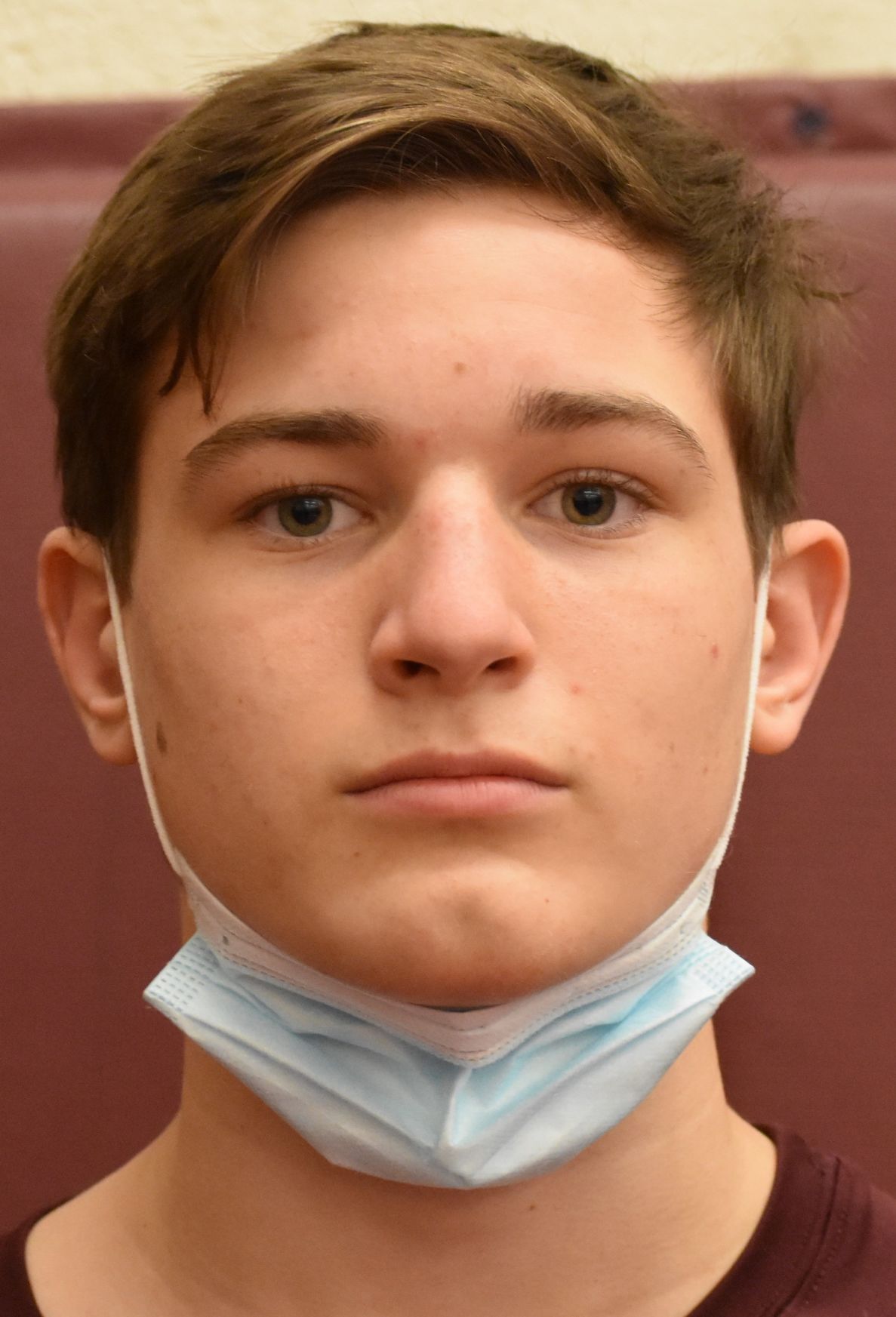 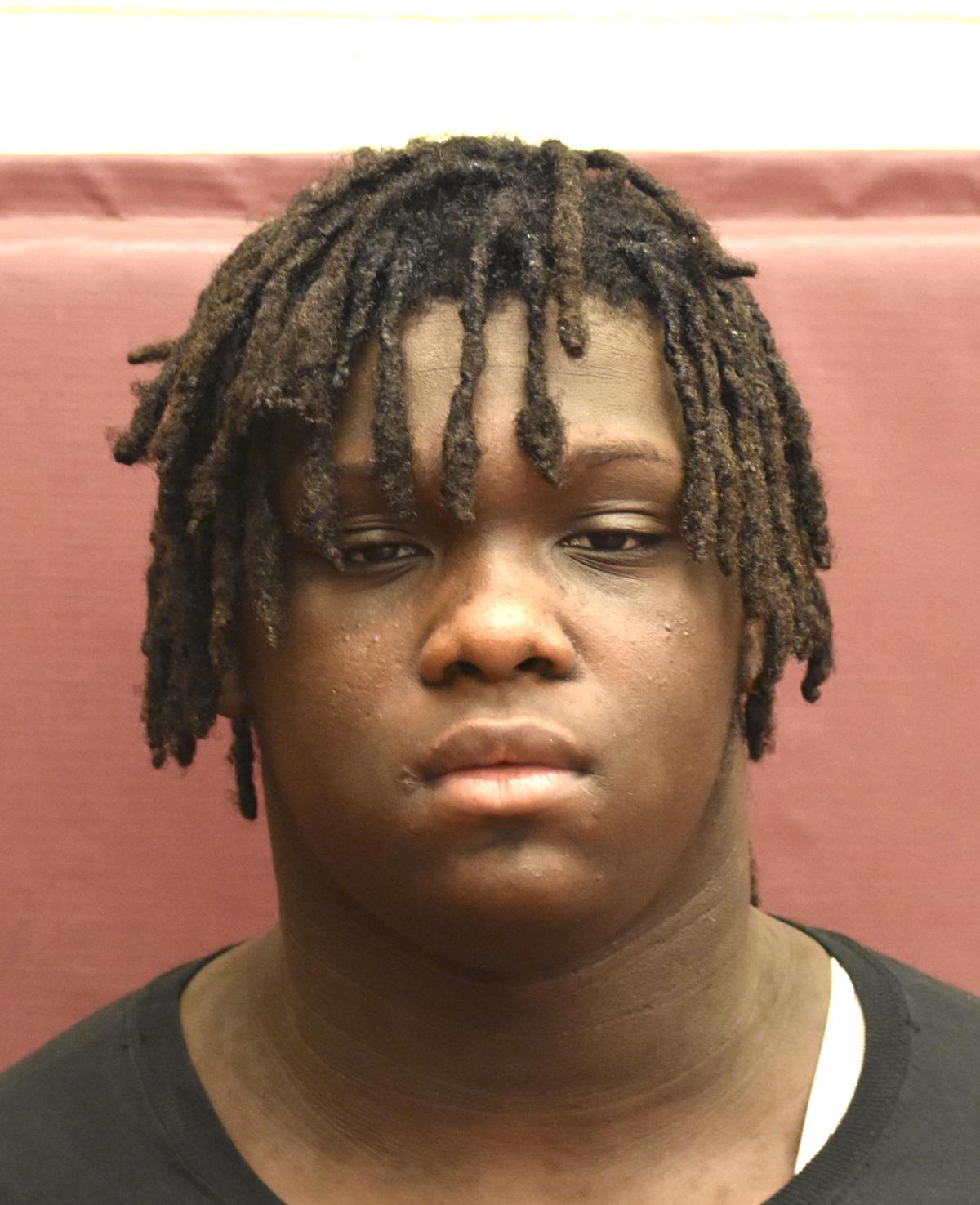 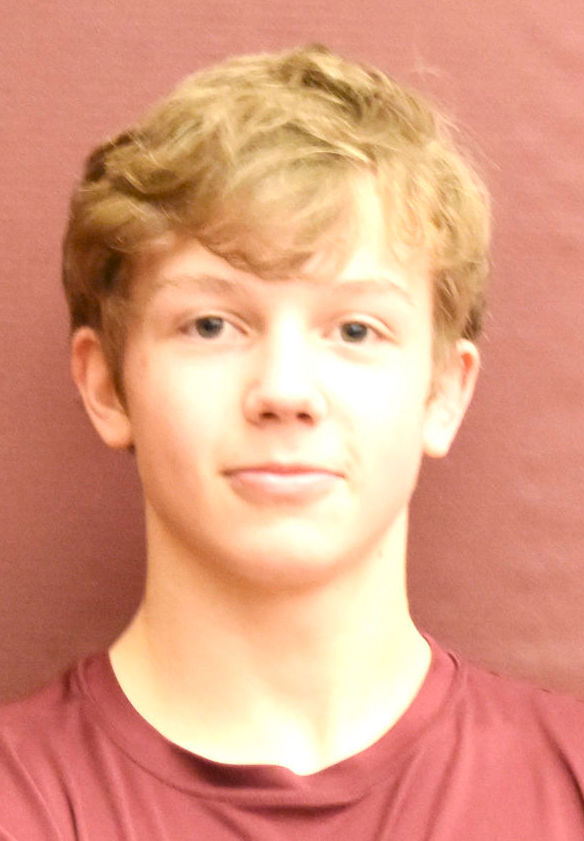 LEESBURG — Actions can speak louder than words, and Handley sophomore Simon Bishop’s actions prevented his opponent from overcoming a big mistake with his words in the Region 4C 152-pound championship match on Friday night at Tuscarora High School.

Bishop gained a point and went up 3-2 at the start of the third period when Loudoun County’s Matthew Roberts was penalized for using profanity in addressing the referee, according to Judges coach Troy Mezzatesta. Bishop went on to win the title at the Region 4C wrestling tournament.

That penalty point wound up being the final point of the match, but there was no question which wrestler worked harder for the win.

Bishop is one of two regional champions and three state qualifiers for Handley. Junior Cam Gordon (19-2) won at 120 pounds and sophomore Rodd’ney Davenport (14-4) placed second at 285. Only the top two wrestlers in each weight class advance to the Class 4 state tournament, which will take place on Saturday at the Virginia Beach Sports Center.

After winning the Class 4 Northwestern District tournament team title last week at Fauquier, the Judges placed fifth out of 12 teams on Friday. Loudoun County won with 135 points, and the Captains were followed by Northwestern District schools Liberty (127.5), Fauquier (125) and Kettle Run (94).

Technically, Bishop’s wrestling moves didn’t give him the lead in the third period against Roberts on Friday. But the work Bishop put in during the first two periods showed Roberts — a fourth-place state finisher in 2019 — that he was in a battle, and Roberts’ words and body language in the third period showed that the battle took a toll on him.

Roberts recorded a takedown 10 seconds into the match, but was shut out from there. Bishops recorded a reversal at the 56-second mark of the second period to even the match at 2-2.

“I had a game plan going in, but that shot off the [opening] whistle, I just wasn’t expecting it at all, and it clearly caught me off guard,” said Bishop, who won his first two matches by fall and major decision on Friday. “Going down early in the match, I knew I was going to have to fight pretty hard. I feel like [Roberts] is a lot bigger than me physically, and I just kept pushing, and one thing led to another.

“I was definitely better conditioned. And I was more the aggressor in the third period, I felt.”

Though Roberts moved particularly slow prior to restarts in the third period, Mezzatesta noted that Roberts took his time to get to the starting line throughout the match. Mezzatesta said when the referee addressed that point with Roberts at the end of the second period, that was when Roberts made a profane remark.

On the other side, Bishop went about his business, and Mezzatesta was impressed. Bishop didn’t make it to the regional tournament at 138 pounds as a freshman after losing to two eventual state finalists at the district tournament, and now he’s going to his first state tournament.

“Simon wrestled a great match,” Mezzatesta said. “This week at practice I kept saying to him, ‘Last week was redemption, this week’s validation.’ He validated who he is here.

“He showed this wasn’t going to be too big of a moment for him. He wrestled hard, kept his focus and was determined the whole way. [Roberts] let things affect him, and it cost him. Certainly, moments like this aren’t too big for Simon.”

Gordon also won a one-point match against a Loudoun County wrestler in the finals, winning 4-3 against Timmy Faber (15-4).

Gordon opened the scoring with a takedown in the first period and gave up a reversal, but Gordon got an early reversal in the second period to go up 4-2. He then controlled Faber for most of the remainder of the match, only giving up an escape point with 30 seconds left in the third period.

“I felt good about the match,” said Gordon, who pinned his first two opponents on Friday. “I shouldn’t have given up the reversal, but I felt confident going into the second period. I stood up and hit a standing switch, then rode him out the rest of the period. Then I felt I did a pretty good job in the third period. When he got the escape, I didn’t let him get to my legs.”

Bishop said it felt good to get a win against Roberts since he may be his top competition at the state tournament, and Gordon felt the same way about beating Faber. Gordon is heading to the state tournament for the second consecutive year, having placing third at 106 pounds last year.

Mezzatesta wasn’t surprised by how Gordon responded after giving up the reversal, repeating what he said earlier this week about the junior.

“He scrambled well. He got a little high sometimes where the guy would almost try to suck him under — when you’ve got a leg in, you want to kind of stay back on the hips — and he was able to scramble out of there. He’s wrestling really well.”

Davenport lost in the 285-pound final to Broad Run sophomore Alex Birchmeir (19-0), who was third in the state last year. Birchmeir was up 2-0 when he penalized for stalling to make it 2-1 with 24 seconds left in the second period, but almost immediately after Birchmeir put Davenport on his back and pinned him to win in 2:46.

That defeat forced Davenport into a second-place match against Fauquier’s Gavin Robertson. Davenport pinned Robertson in the second period in last week’s district tournament, but this time it only took 14 seconds after using an underhook to throw Robertson down.

Mezzatesta said Davenport deserved to return to the state tournament because of the hard work he’s put in. Davenport qualified as a freshman but didn’t compete because of a concussion.

“It means a lot [to go back the state tournament],” said Davenport, who pinned his semifinal opponent on Friday after having a bye in the quarterfinals. “I had a concussion last year, but I feel like I used that as an excuse not to [compete]. There was some part of me that was scared, and I just didn’t want to compete. This year, I worked hard to prepare, because I wanted to show I could compete.”

Handley — which had 12 wrestlers qualify for the region tournament — also received strong showings from freshman Nick Baker (third at 106 pounds) and Garrett Stickley (fourth at 113).

Baker lost the championship match 6-4 to Loudoun County sophomore Bryson Rios (9-0). In the second-place match, Baker lost 4-3 to Liberty’s Christian Eberhart in a rematch of the district final, which Baker won 5-4. Eberhart broke a 2-2 tie with a reversal with 56 seconds left in the third period.

“I’m real proud of Nick,” Mezzatesta said. “In any other year [when the top four from each weight class make the state tournament], he’s probably going to make an impact at the state tournament and come home with a medal. I’m ecstatic with Garrett, too.

“We’ve got some good, quality kids going to the state tournament, and hopefully we can make enough noise that we can place in the top 15 or top 10.”

Notes: Due to a submission error, an incorrect pin total for Bishop was listed in the wrestling leaders that appeared in Friday’s edition. Bishop now has 12 pins after recording one on Friday. ... Fauquier sophomore and former Handley wrestler Kingsley Menifee was the only Falcon to win a regional title, pinning both of his opponents to win at 182 pounds. ... The VHSL has announced that no spectators will not be allowed at any of the state wrestling tournaments due to Gov. Ralph Northam’s Executive Order 72, which puts a cap of 25 spectators at indoor events. The VHSL is allowing third- and fourth-place finishers at the regional tournaments to attend just in case any of the state qualifiers have to scratch from state tournament competition.