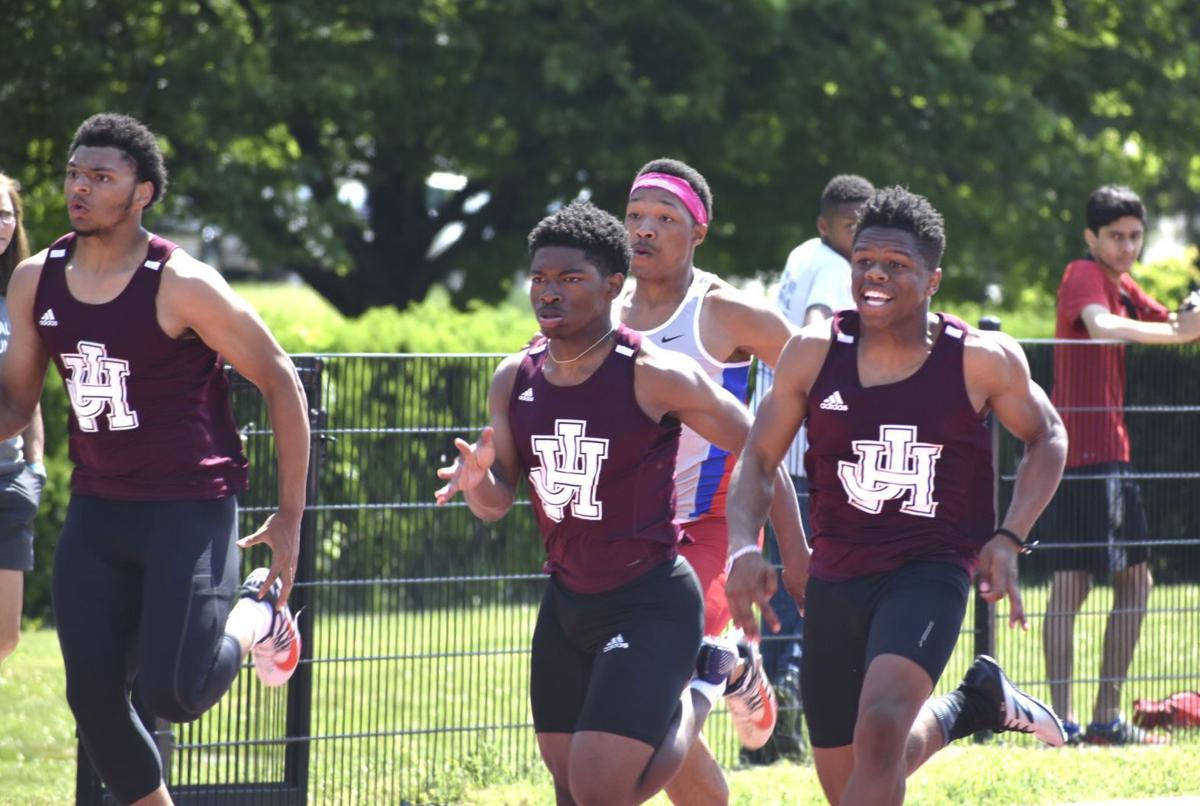 From left, Handley’s Stephen Daley, Miles Ashe and Malachi Imoh were hoping to help deliver the Judges first state championship in the 4x100-meter relay since 2000 this season. The high school spring sports season was wiped out by COVID-19. 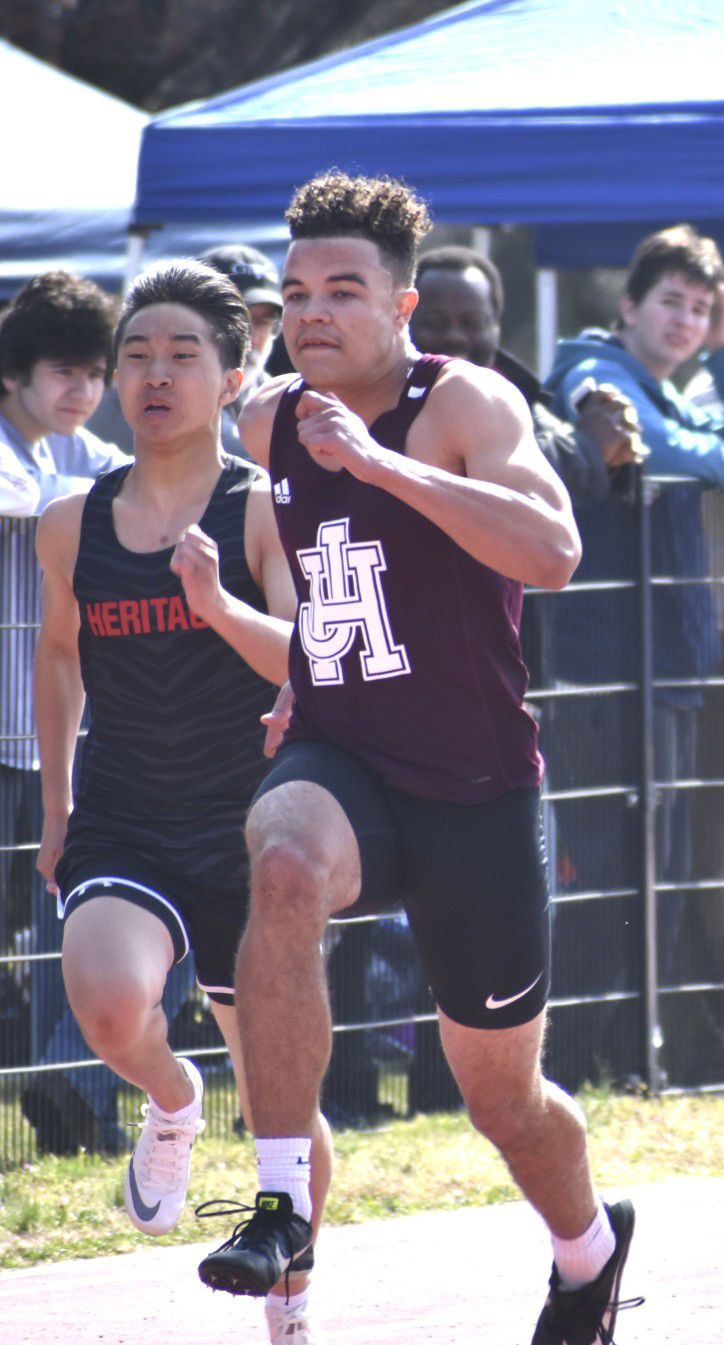 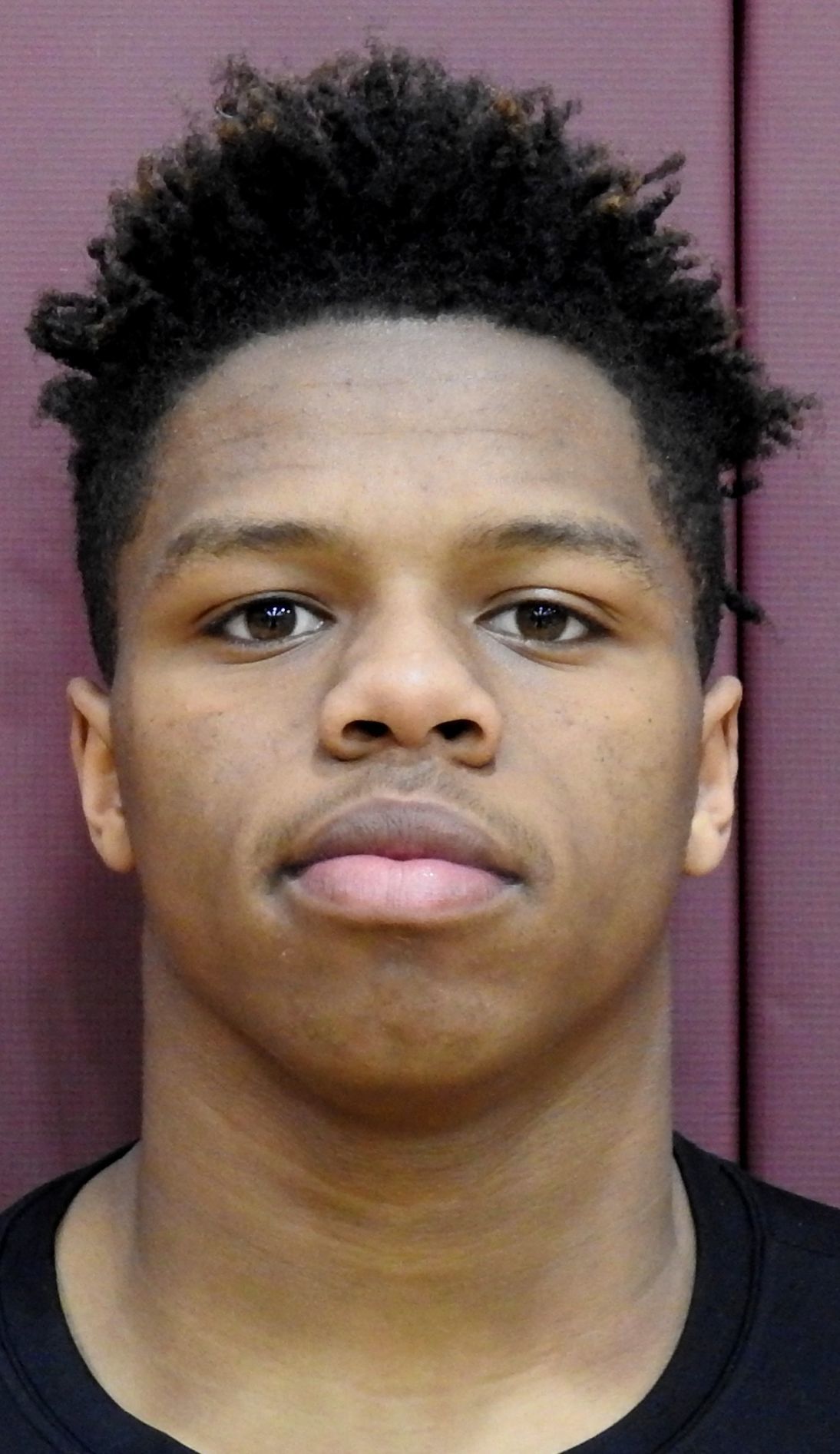 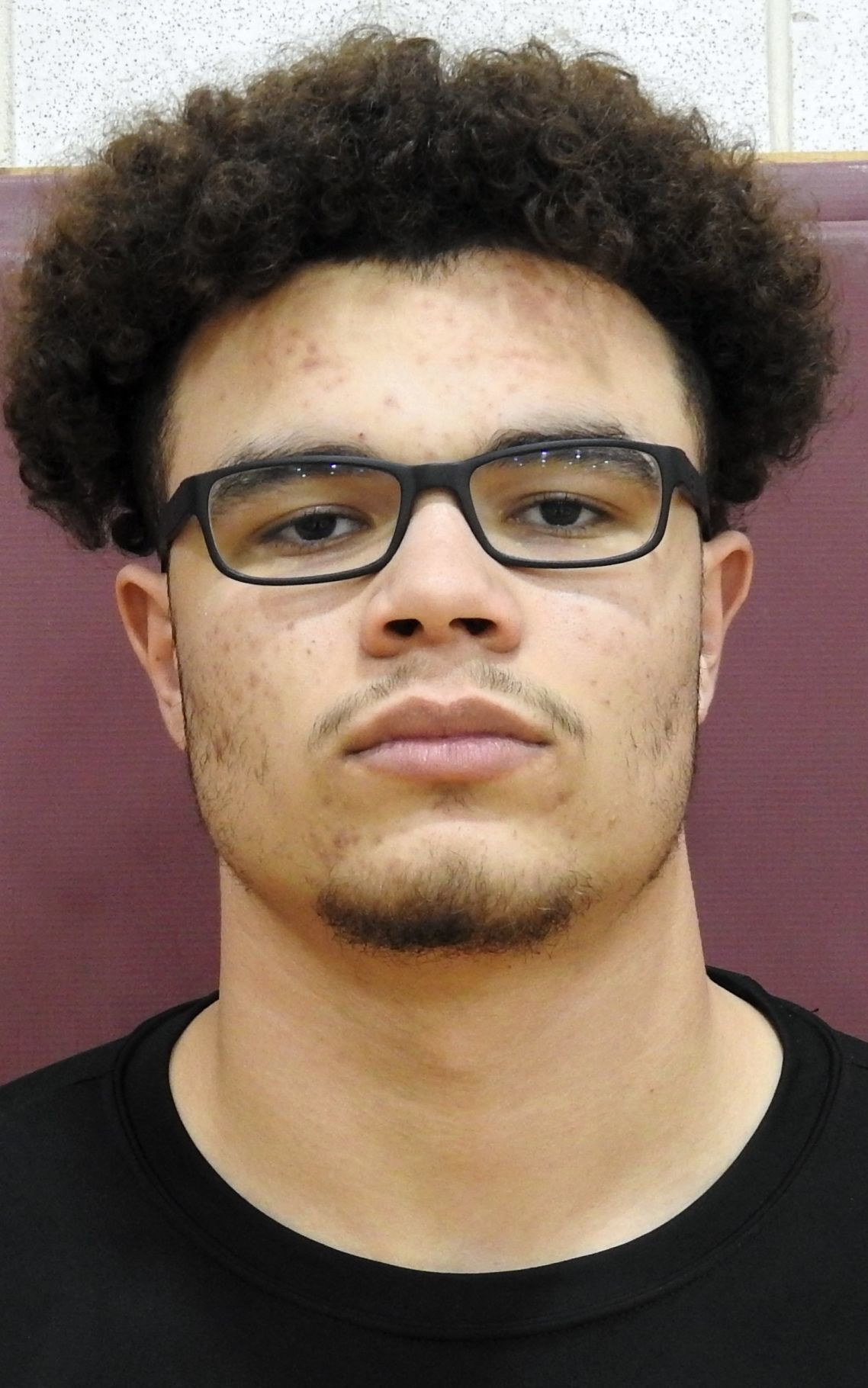 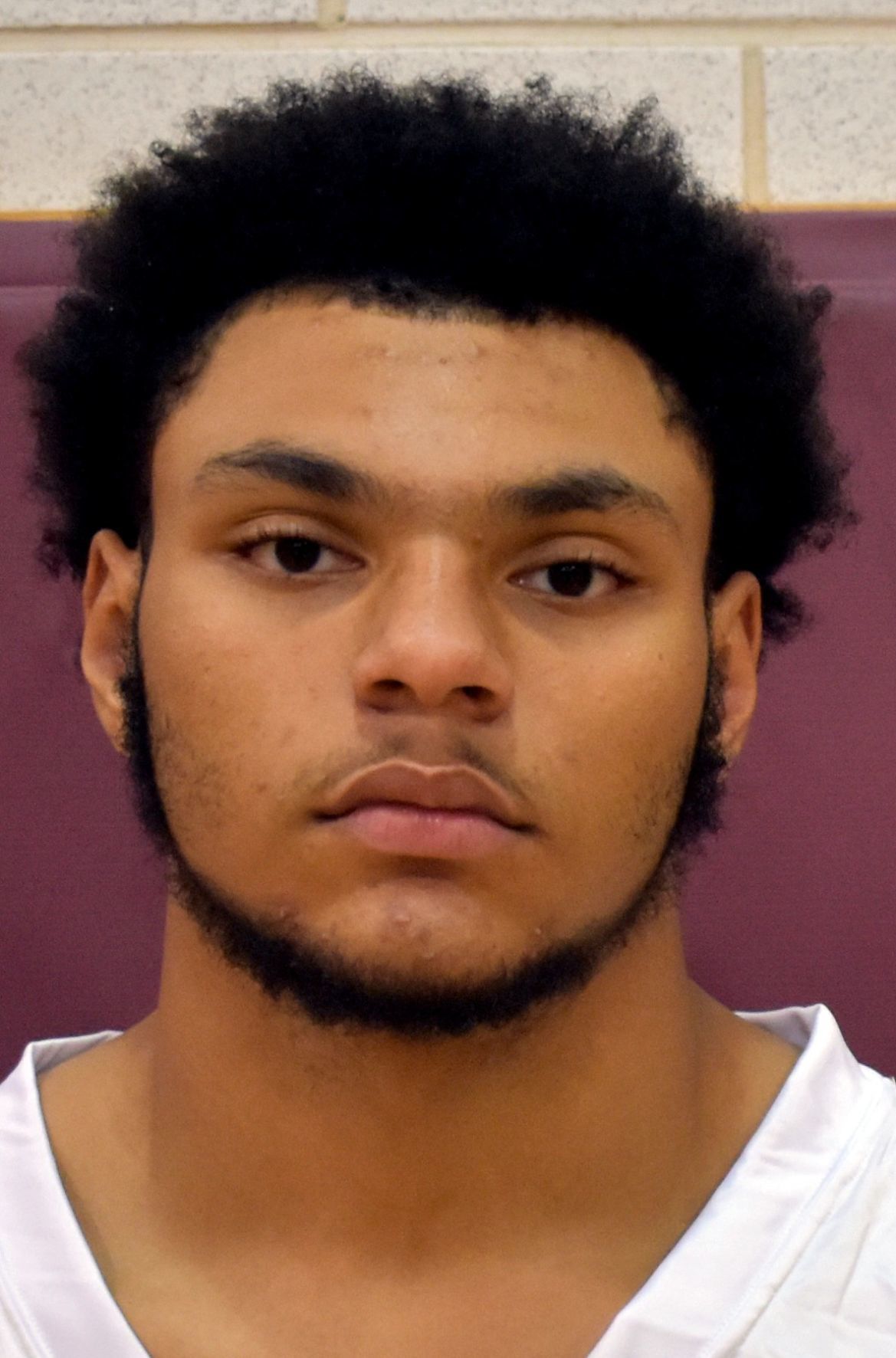 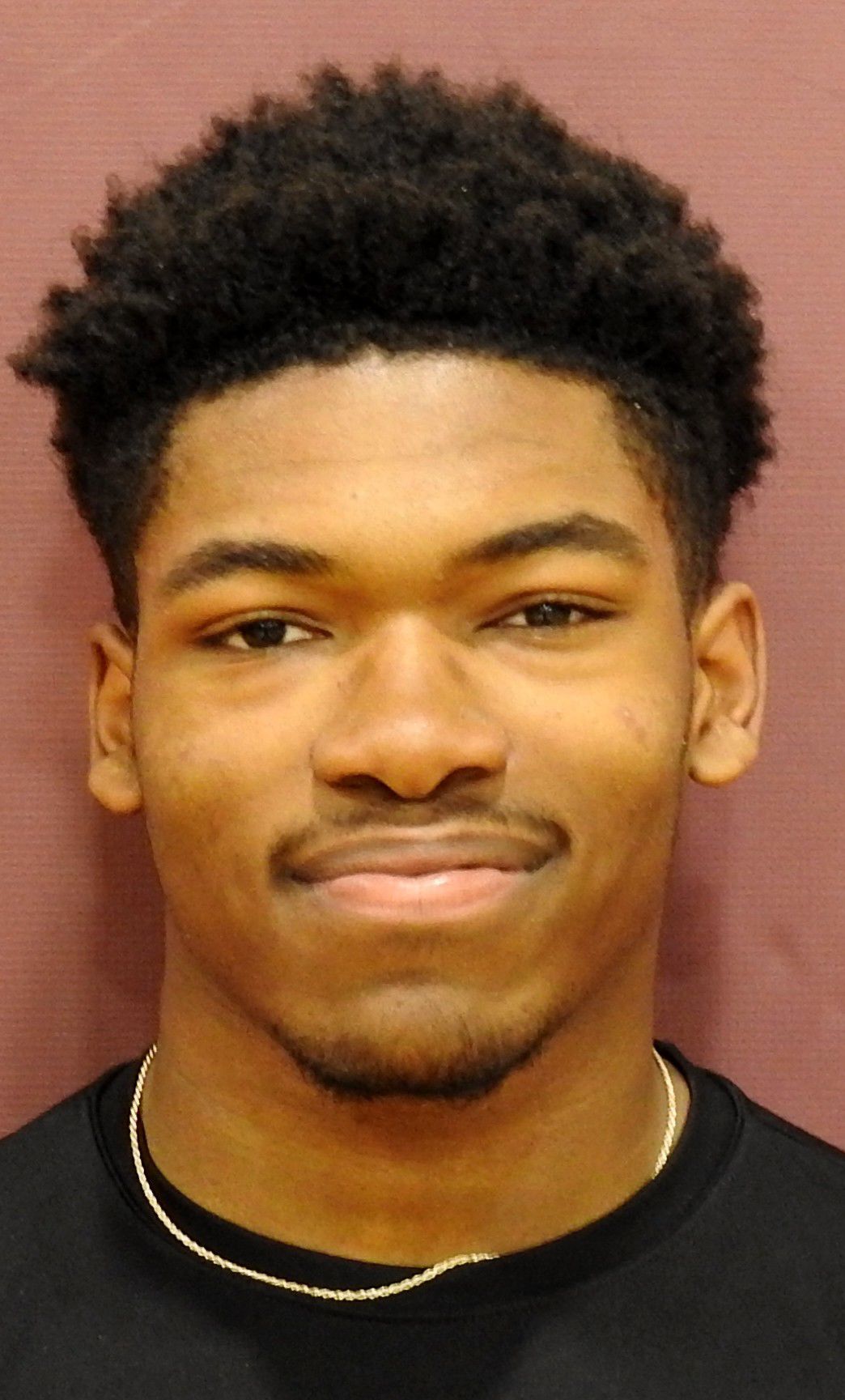 From left, Handley’s Stephen Daley, Miles Ashe and Malachi Imoh were hoping to help deliver the Judges first state championship in the 4x100-meter relay since 2000 this season. The high school spring sports season was wiped out by COVID-19.

“Miles is very, very competitive,” McKiernan said. “He would run until he dropped before he’d let anyone try and pass him. At states against Blacksburg, he was actually closing on the Blacksburg anchor in the last 20 meters.”

Ashe finished off a school-record performance in which the Judges took second in 42.26 seconds, just six-hundredths of a second behind the Bruins.

Getting that close to a state title and not capturing it would be heartbreaking for anyone. But in taking silver, the Judges had a silver living that only two of the other 21 Class 4 teams that took the track that day in Lynchburg shared — every one of their four runners would be back in 2020 to take another crack at gold. Blacksburg — which had three seniors — wasn’t one of those underclassmen-dominated teams.

Because of COVID-19, the four relay members had to deal with their heartbreak in March this year.

Seniors Ashe and Malachi Imoh, junior Jayden Vardaro and sophomore Stephen Daley were primed to leave an indelible impression on the annals of Handley track. But the Virginia High School League announced in March there would be no state championships because of the COVID-19 pandemic, then canceled the season entirely earlier this month.

“We’re undeniably the deepest sprint group that has ever been at Handley,” Ashe said. “For our entire group to come back another year and to not be able to have a chance at not only breaking our records but getting a state ring — which is the ultimate goal at the end of the day — it’s really unfortunate that we don’t have that opportunity.”

After just a few times running together, in 2019 the foursome broke the school record of 42.72 that had stood since 2000 at the Region 4C meet at Handley with a winning time of 42.63. The 2000 season marked the only other time in Handley’s illustrious track history that it won a boys’ 4x100-meter state title.

The 5-foot-7, 170-pound Imoh — a running back for most of his career — is headed to NCAA Division I William & Mary. The 5-9, 180-pound Ashe will be a free safety and run track at Division III Christopher Newport University. Vardaro — a 6-2, 195 wide receiver/defensive back — has a scholarship offer from William & Mary. Daley — a 6-3, 220-pound defensive end/tight end — has a scholarship offer from NCAA Division I University of Virginia.

Each of them competed during the indoor track season as well, with Vardaro and Daley doing so as a bonus activity on top of their varsity basketball responsibilities.

Handley track coach Mike McKiernan said working with the foursome is not a difficult task by any means.

Daley’s progression is an example of that.

Despite being a freshman, Daley was already a star athlete when the 2019 outdoor track season commenced. In the fall of 2018 Daley led the area in sacks with 15 and was second on the team in tackles with 72.

Daley was pretty raw at the outset of last spring, though. He said his running form wasn’t “that good” and added he didn’t wear spikes.

“I was just using base power,” Daley said. “I kind of stunk.”

But with the help of assistant coach Lloyd Phillips, Daley improved his form and his time, putting him in position to possibly join Handley’s illustrious 4x100 crew.

The Judges had a remarkably deep pool of sprinters last year. With a different group competing on it each time, Handley won each of its first three invitationals in that event — Imoh, Vardaro and Ashe ran on the teams that captured the Wildcat Invitational at Mountain View High School on March 30 (43.05) and the Lake Braddock Invitational on April 13 (43.03). Vardaro ran on the team that won the Handley Invitational on Aprll 6 (43.99).

Daley did not run on Handley’s 4x100 team at any of those meets. But in a Wednesday meet at Fauquier, McKiernan said the coaches told all the contenders for the fourth spot in the 4x100 pool that the open 100 that day would determine who would get to run on the relay at the April 27 Apple Blossom Invitational at James Wood.

“I just ran my fastest and I won it,” Daley said.

“Stephen just asserted himself as the best of the group,” McKiernan said. “From then on, he was good with handoffs, he had the chemistry, he showed he was faster than everybody else [outside of the top three]. It was his split. You had to go beat him in a 100 in a meet to take it from him.”

No one did, and the Apple Blossom meet proved to be the start of something big. Imoh, Vardaro, Daley and Ashe recorded a victorious season-best time of 42.98.

That’s been the order of runners ever since. While some coaches automatically put their fastest runners on the anchor leg, Handley’s 4x100 order was constructed based on how each one could best serve the team.

“We kind of felt like Malachi was the best out of the blocks, that’s why we put him in first,” McKiernan said. “The second leg runs a little longer [than the others], and Jayden had the power. If he needed to go 110 meters on his leg, he had the strength and the power to do that. Stephen runs a good turn.”

And Ashe had the speed and competitiveness to close.

Because of their shared football experiences, it wasn’t hard for the foursome to come together quickly.

“I think the football connection helped a lot,” Vardaro said. “We all had that chemistry and we just pushed each other to the best of our ability.”

Handley’s new combination produced a solid 43.12 at the Class 4 Northwestern District meet to win by 0.73 on May 13 at Culpeper County High School. The foursome then entered the top of the Handley record books with their 42.63 at the Region 4C meet on May 25. The Judges won the race by 0.90.

“That felt absolutely amazing,” Ashe said. “I’ve been on the track team all four years of high school, and I looked up to people like Taylor Beard (Cincinnati) and Trey Causey (Kentucky), who are both Division I track athletes.

“I wanted to follow in their footsteps and put my name in the record books, so I was really excited and really glad that we were able to do that.”

On June 1 at the Class 4 meet, Handley broke the record again in 42.26 and nearly went home with a state title as well.

McKiernan said the Judges’ coaching staff wasn’t expecting the group — which qualified for last year’s New Balance Outdoor Nationals — to run quite like it did.

The Judges were disappointed about not winning a state championship, but there was plenty on the horizon to look forward to.

“We were really excited because we knew all four of us were returning,” Daley said. “We had one year together and we thought we’d have even better handoffs and be used to each other more.

“We knew Blacksburg and other teams had seniors leaving, so we knew we had a pretty good chance of winning it this year.”

The winter provided a glimpse of the potential damage the Judges might have inflicted. The foursome grabbed four of the top six places in the 55-meter dash at the indoor district meet and three of the top seven at the Region 4C meet, which Imoh missed. All but Daley qualified for the indoor state meet in the 55. Imoh, Ashe and Vardaro ran on the 4x200 team that placed fourth in 1:31.91 in Class 4.

“During preseason our main focus was on becoming a state champion 4x100 team,” Ashe said. “We came close last year, losing by a few hundredths of a second. That didn’t sit too well on the team.

“We definitely had a chip on our shoulder going into this outdoor season.”

McKiernan said after last year’s meet, Handley made the decision that it was going to take the 4x100 team to the Penn Relays in Philadelphia in 2020 to properly challenge it. But that event — and all the other challenges the group was looking forward to — were wiped out by COVID-19.

McKiernan said it was a shame they didn’t get to run. He thought Handley had a chance to break the 42-second barrier.

“We were really excited about what we’d be able to do, for sure,” Imoh said.

“I just really wish I could have ended my career with a ring,” Ashe said.

Vardaro and Daley said it’s disappointing that their track time with Ashe and Imoh is over, but they won’t forget their impact.

“I’m going to miss Malachi and Miles,” Daley said. “Since they’re faster than me, they made me push myself to try and go as fast as them.”