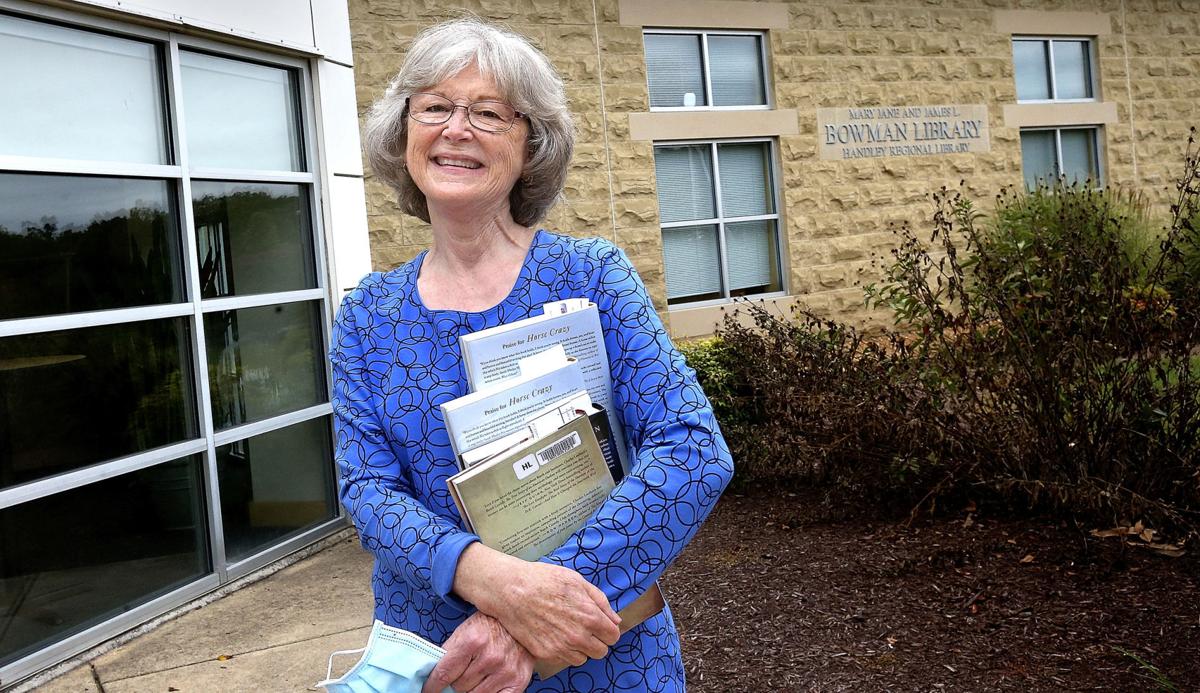 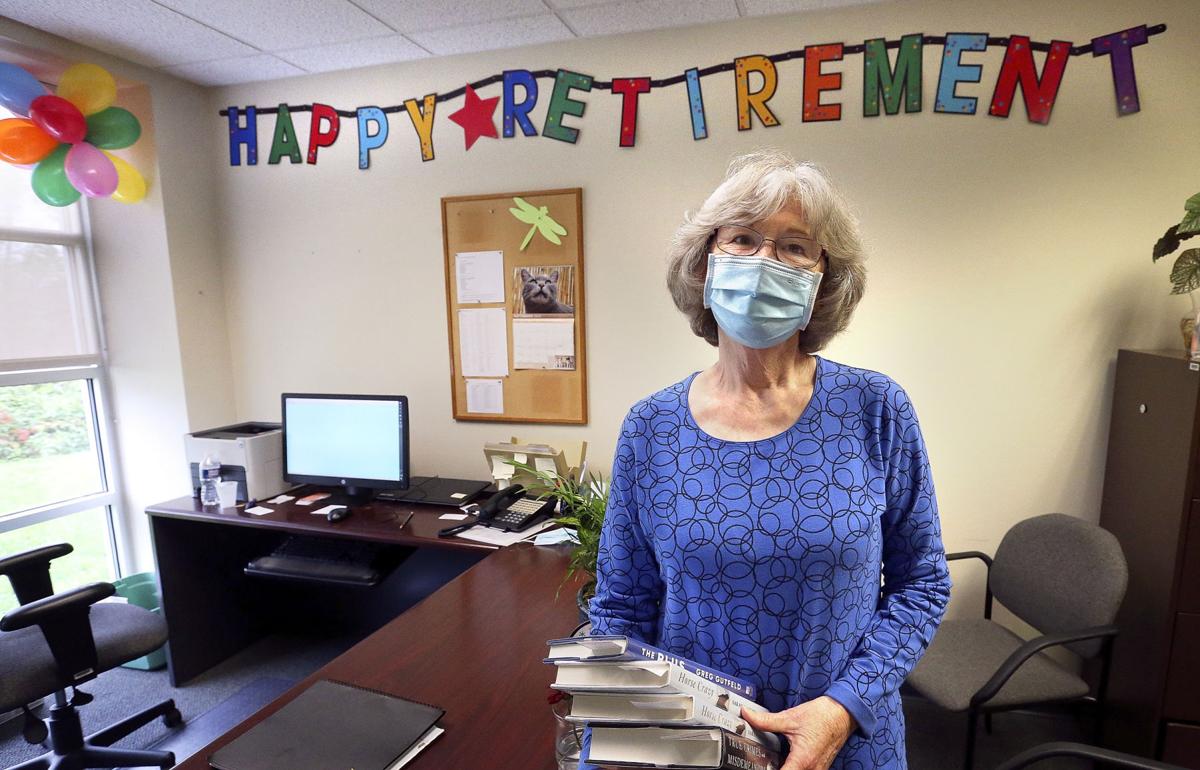 Colleagues decorated the office of the Bowman Library's head librarian and operations manager Kim Bean who is retiring after 22 years with the Handley Regional Library System. Her last day is today.

Colleagues decorated the office of the Bowman Library's head librarian and operations manager Kim Bean who is retiring after 22 years with the Handley Regional Library System. Her last day is today.

STEPHENS CITY — After 22 years with the Handley Regional Library System, the head librarian at Bowman Library is retiring.

"It hasn't quite hit me yet. It will hit me Thursday morning," said Bean, seated Tuesday in her office decorated with balloons and a "Happy Retirement" banner given to her by her coworkers. "It's good to go when you're still liking what you're doing. And people still seem to like you."

Her husband Christopher Bean, also a librarian, retired in August from Shenandoah University. Avid travelers, the couple has visited the Panama Canal, Greece, Turkey, the Scottish Highlands and the beaches at Normandy — to name just a few. They've got a list of dream destinations they hope to visit once the pandemic is over.

Bean joined the library system in 1998 as the head of the Adult Services Division. She became Operations Manager for the Bowman Library branch in 2014.

She was a key member of the team that opened Bowman Library — one of three branches in the Handley Regional Library System — in 2001. She and other library staff met with architects and library vendors to help plan and design the building on Tasker Road.

"I fell in love with Bowman Library when it was still on the drawing board," she said. "I knew it was going to be a great building."

Set beside a lake, Bowman Library was built to accommodate the needs of a growing community with spacious rooms, high ceilings and rocking chairs arranged beside large windows so patrons can enjoy the beautiful view. "It's such a wonderful place to work," she said.

Bean has been a librarian for more than 40 years. Before coming to Bowman, she was the director of the Samuels Public Library in Front Royal for seven years. She also worked at Amherst County Public Library in the 1980s. Her first job was in the library at Virginia Tech.

As part of her duties at Bowman, Bean is one of the "selectors" for the library system, choosing adult and young adult nonfiction, Spanish-language books as well as the DVDs. Choosing the movies and TV shows was one of her favorite parts of the job. "I'm going to miss being the first to see what's come in," she said.

A career as a librarian has been fun, challenging and ultimately rewarding, she said, and she would recommend it to anyone.

"I love to say, 'it's never boring," she said. "There are always new people coming in, new books and new DVDs."

She takes pride in working for an institution that still enjoys a high level of public trust. "We work hard to make sure we keep that trust and respect," she said. Although librarians don't make a lot of money, "it really is a very satisfying thing to do."

Happy retirement. Have lots of fun.