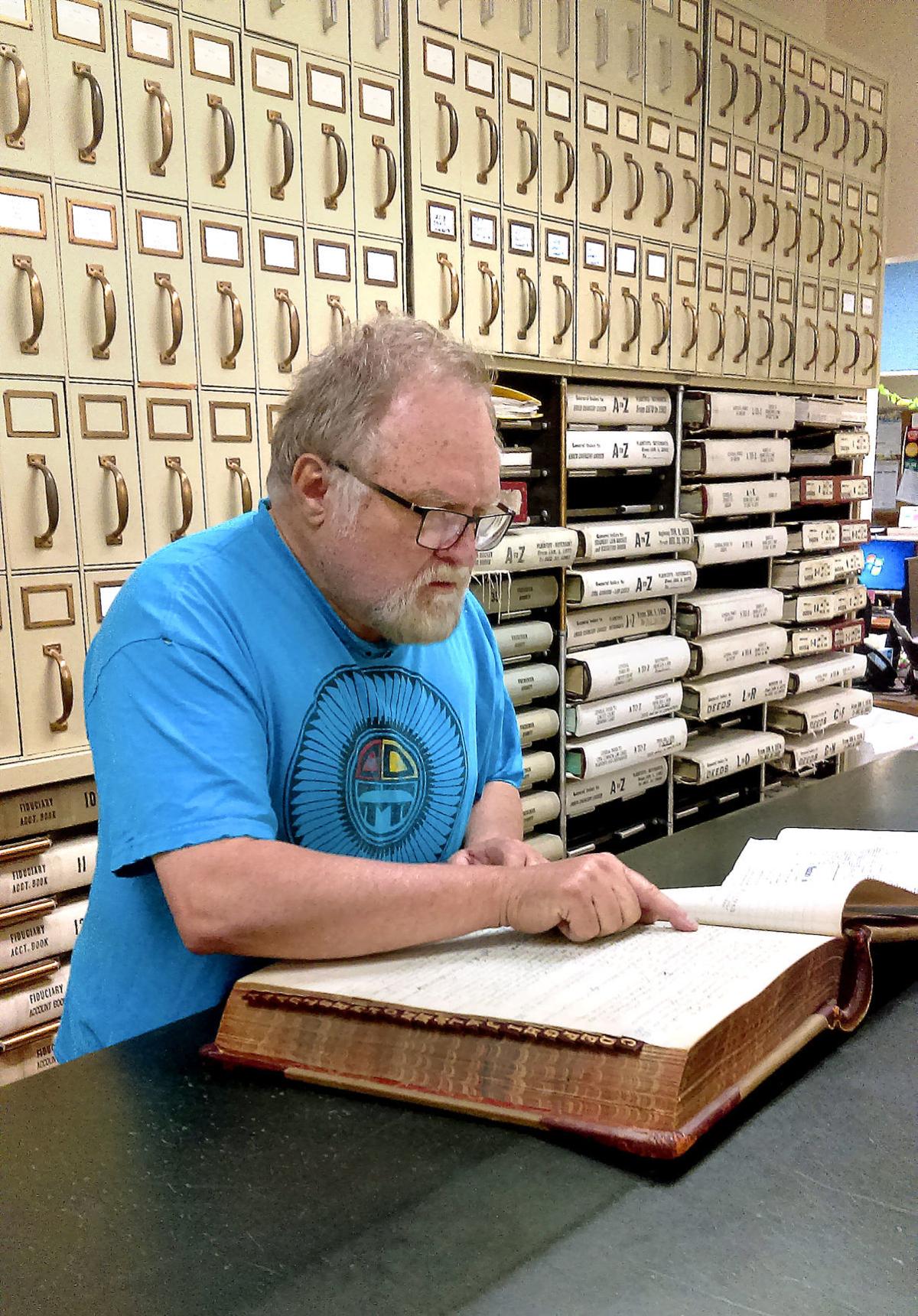 Sept. 27, 1930, article in the Winchester Evening Star about the trial of two men accused of trying to lynch an elderly man.

Winchester Evening Star article from Sept. 22, 1930, on the attempted lynching of a Frederick County man.

Sept. 27, 1930, article in the Winchester Evening Star about the trial of two men accused of trying to lynch an elderly man.

Winchester Evening Star article from Sept. 22, 1930, on the attempted lynching of a Frederick County man.

They attacked a 13-year-old boy then put a rope around an old man’s neck and dragged him several hundred yards, where they attempted to hang him, but they couldn’t find a tree.

The incident — recently documented by Loudoun County historian Larry W. Roeder Jr. — occurred in 1930, and the slap on the wrist was typical for attitudes in the South about lynchings. Under pressure after high-profile lynchings in Virginia, segregationist Gov. Harry Flood Byrd Sr. passed an anti-lynching law in 1928 requiring state, rather than local authorities, to investigate lynchings. But no white person was ever convicted of lynching a black person after passage of the law.

Roeder, a retired State Department official, was intrigued and began researching the incident in June. In preparing his report, “Incident at Oak Haven Station,” Roeder interviewed the family of McAboy and Glenn Ryan, the 13-year-old boy. He read newspaper articles about the attack in the Winchester Evening Star, Washington Evening Star and Washington Post, which provided many details for the six-page report.

Roeder also checked court records in Winchester and Frederick County and checked with state and local police. But Roeder said the courts and police had no information on the incident. His report is based on the articles and interviews.

The attempted lynching happened at Oak Haven Gas Station on Martinsburg Pike (U.S. 11), where victim William Jenkins was an attendant. Roeder said there was evidence of premeditation because Cooper and McAboy visited the station three times that day before returning and trying to hang Jenkins. The Evening Star said they gave up on hanging Jenkins and fled because it was getting dark. “Jenkins was badly bruised and cut from the escapade,” The Star reported.

Before assaulting Jenkins, Cooper and McAboy accosted Ryan, who was asleep in a tent. The Star said they “mistreated the boy causing him much fright.” Ryan never discussed the incident, his relatives told Roeder in an interview.

Roeder said the U.S. Census Bureau identified people by race in 1930. He was able to confirm that Cooper, McAboy and Ryan were white, but he was unable to confirm the race or exact age of Jenkins. Newspaper accounts about the attack don’t give Jenkins’ race.

But given the high number of black men lynched in the South at the time, there is a good chance Jenkins was black, Roeder said. A 2015 report by the Equal Justice Initiative documented the lynchings of 4,084 people in the 12 Southern states between the end of Reconstruction in 1877 and 1950, including 84 in Virginia, which ranked 12th.

William Shorter — a 19-year-old black man accused but never convicted of attempting to rape a white woman — was Frederick County’s only documented lynching victim. He was dragged from a train by a mob in Kernstown in 1893.

While the attempted lynching of Jenkins occurred just two years after passage of the anti-lynching law, an Evening Star report on the incident made it sound as if the law hadn’t done much to discourage lynching. “Would-be hangmen reigned again last night in Frederick County” is the lead sentence in an article on the attack.

“It was such a casual comment, to be shocking to today’s ears, [but] perhaps not then,” Roeder wrote in his report. “One story had Cooper and McAboy dragging Jenkins over loose gravel and stone for some time, probably at the parking area, all under the gaze of witnesses, none who rendered assistance to the elderly Jenkins. Indeed, during the trial, the witnesses supported the perpetrators’ account that the assault was just a prank.”

In a story headlined “Court Room Is Packed For The Hanging Trial,” The Star said it was standing room only at Frederick County Circuit Court. “At first glance, one might have come to the conclusion that one-half of Frederick County had quit work for the day to hear and act as witnesses at this spectacular case,” the breathless article said.

Witnesses who testified on behalf of Cooper included county Sheriff Luther Pannett, who died in 1932 after accidentally shooting himself after falling down stairs at the county jail. Other character witnesses were Charles McCann, who Roeder said was a wealthy stock dealer, and Robert S. Smith, a company treasurer. The defense witnesses backed up Cooper’s contention that the attempted hanging was a “joke” and that he and McAboy weren’t drunk at the time.

According to Roeder, Cooper was 25 and probably involved in apple sales, and McAboy was a 19-year-old farmer. Both lived in Frederick County’s Stonewall Magisterial District. Roeder said his research indicates Cooper was the instigator of the incident.

Roeder said the lack of police reports makes it harder to determine the motive, and many details will never be known. But he believes that Judge A. J. Tavenner’s ruling that the attempted lynching was “more a sorry attempt at a prank” was a miscarriage of justice.

“In today’s world, Tavenner’s judgement would be grounds for recalling the judge, but the 1930s in Winchester were different, especially due to the tensions of the Depression,” Roeder wrote.

Roeder also wrote that the lack of court documents and police records illustrates the need for better record-keeping in the digital age.

“Victims of such violent crimes also deserve to be remembered as symbols of excessive violence,” Roeder wrote. “For Ryan and Jenkins, the attacks were probably the defining moments of their lives, and surely, they suffered for the rest of their existence, even if privately. Hopefully, therefore, this story is also a vivid warning light to potential future perpetrators.”

To read the online report on the 1930 attempted lynching in Frederick County and the sources used in the research, go to edwinwashingtonproject.org.