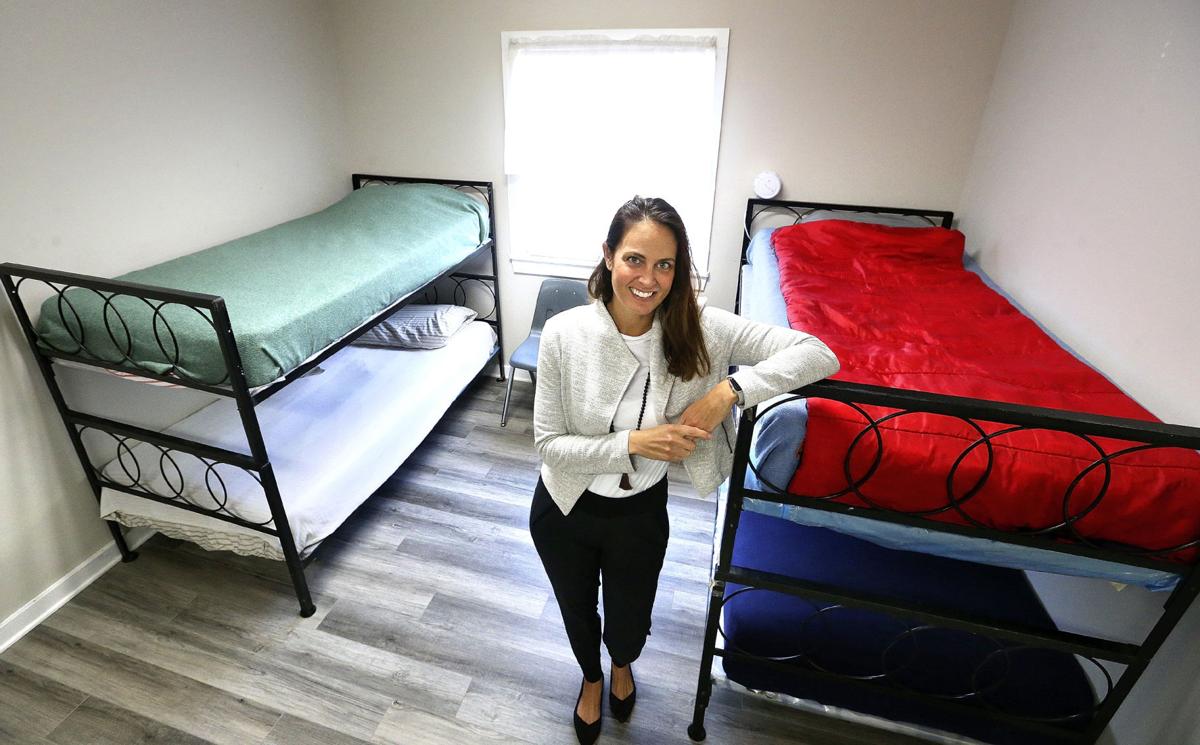 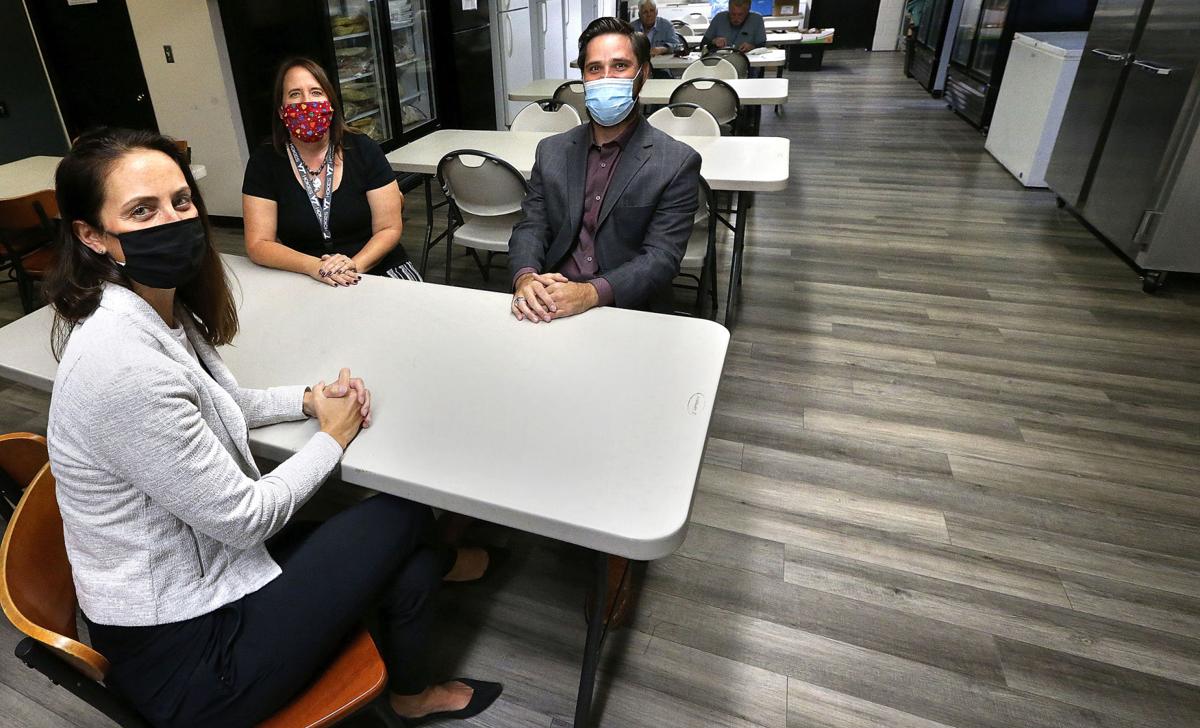 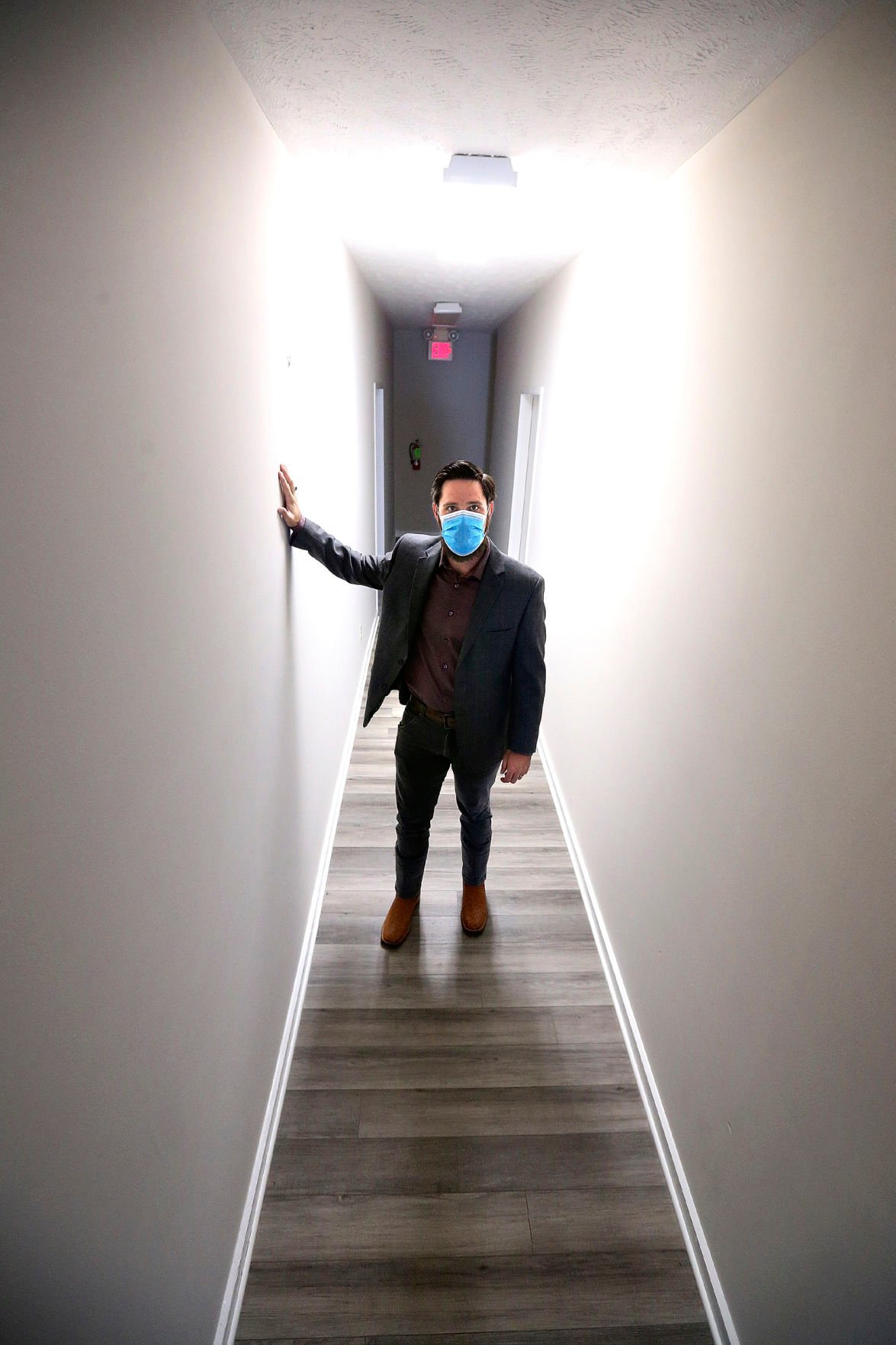 Thomas stands in a hallway outside a men’s bunk area that has received new flooring and a fresh coat of paint courtesy the HomeAid Northern Virginia organization.

Thomas stands in a hallway outside a men’s bunk area that has received new flooring and a fresh coat of paint courtesy the HomeAid Northern Virginia organization.

That’s how Winchester Rescue Mission Development Coordinator Vicki Culbreth characterized the importance of an extensive renovation project that is nearing completion at the homeless shelter at 435 N. Cameron St.

The work is being performed by HomeAid Northern Virginia, a nonprofit that’s in the business of helping other nonprofits, particularly those that provide emergency shelter and services to the homeless, abused and disadvantaged.

“We were birthed by the Northern Virginia Building Industry Association in 2001,” said Kristyn R. Burr, CEO and executive director of the Chantilly-based nonprofit that is one of 20 chapters in the nationwide HomeAid America organization.

Even though HomeAid Northern Virginia has been around for 19 years and is responsible for more than $18 million in charitable construction projects, it is unfamiliar to most people in the Winchester area because its service area has been the same as the Northern Virginia Building Industry Association’s — Loudoun, Prince William, Fauquier, Fairfax and Arlington counties, and the cities of Alexandria, Fairfax and Arlington.

“Last year, I realized we have a lot of overlap here with the Top of Virginia Building Association,” Burr said, referring to the Winchester-based advocacy organization for the Northern Shenandoah Valley’s construction industry. “A lot of my builders are building this way; a lot of them live this way.”

Burr said that overlap led HomeAid Northern Virginia to expand into the Winchester area, where it found the Winchester Rescue Mission, a nonprofit that operates out of a 90-year-old, two-story building that has been showing its age for decades.

“Our whole mission is to build and renovate facilities for other nonprofits,” Burr said. “This is our 150th project and our first one here, which is really exciting.”

“It totally revamps our entire space to allow us to better serve the people we’re working with,” Culbreth said. “Our residents love it.”

Robb Crow has a unique perspective on how the renovations have uplifted the Winchester Rescue Mission and the people who live there. Crow is a former resident of the shelter who got his life back on track and now works for the nonprofit.

After the final touches are completed in the coming weeks, Burr said she hopes to host an open house at the Winchester Rescue Mission to show off the renovations and thank the donors and volunteers who made the project possible.

When asked if HomeAid Northern Virginia will be getting involved with other local nonprofits, Burr said: “That’s the plan, to help as much as we possibly can. It’s a great community.”

For more information, visit HomeAid Northern Virginia at homeaidnova.org and the Winchester Rescue Mission at winrescue.org