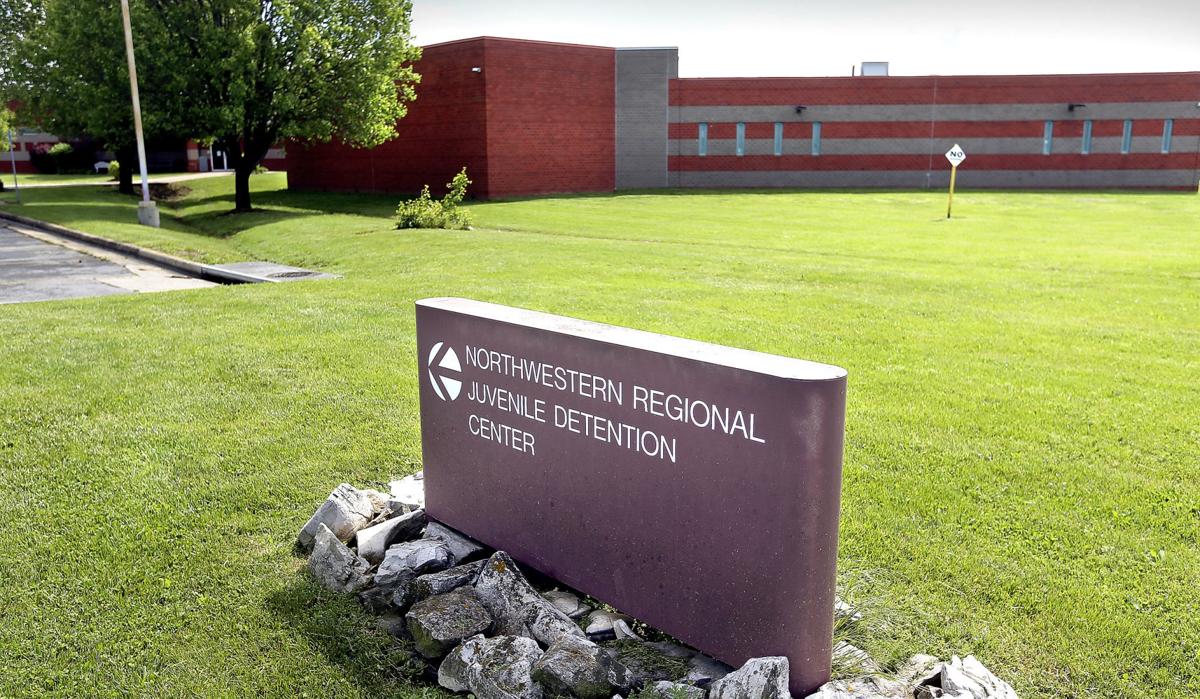 This is the Northwestern Regional Juvenile Detention Center on Fort Collier Road. The jailing of a 16-year-old boy there on behalf of the U.S. Department of Immigration, Customs and Enforcement is being criticized by an immigrant rights group and the boy’s attorney. 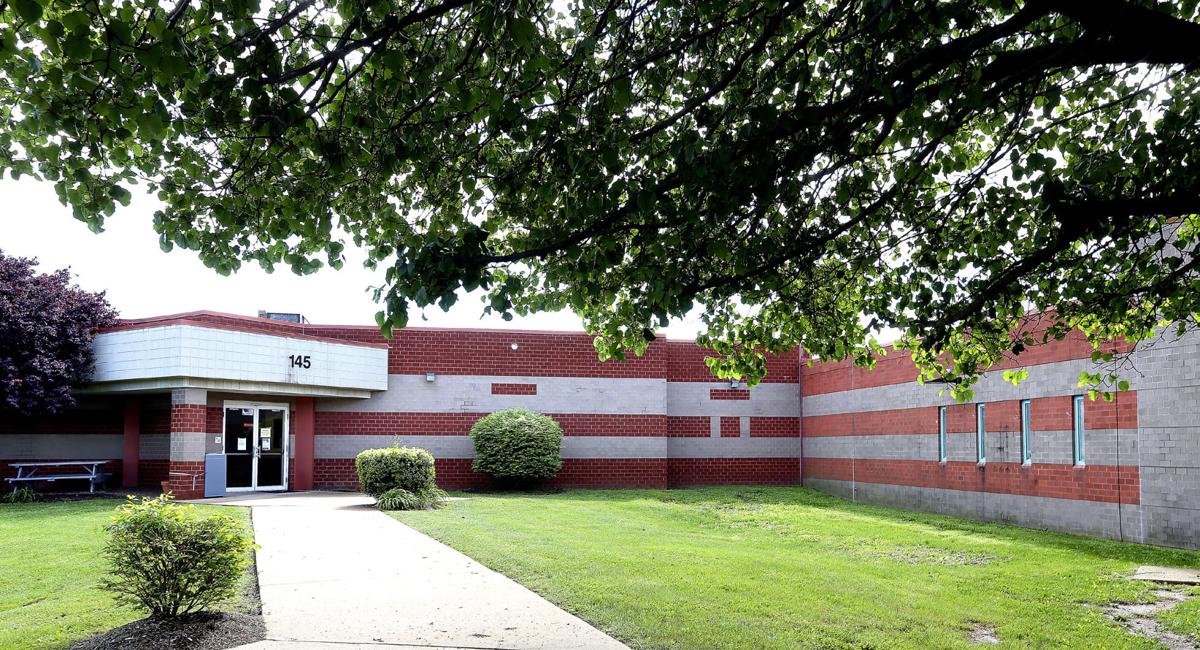 The Northwestern Regional Juvenile Detention Center on Fort Collier Road. The jailing of a 16-year-old boy there on behalf of the U.S. Department of Immigration, Customs and Enforcement is being criticized by an immigrant rights group and the boy’s attorney.

This is the Northwestern Regional Juvenile Detention Center on Fort Collier Road. The jailing of a 16-year-old boy there on behalf of the U.S. Department of Immigration, Customs and Enforcement is being criticized by an immigrant rights group and the boy’s attorney.

The Northwestern Regional Juvenile Detention Center on Fort Collier Road. The jailing of a 16-year-old boy there on behalf of the U.S. Department of Immigration, Customs and Enforcement is being criticized by an immigrant rights group and the boy’s attorney.

WINCHESTER — The jailing of a 16-year-old boy at the local juvenile jail on behalf of the U.S. Department of Immigration, Customs and Enforcement is being criticized by an immigrant rights group and the boy’s attorney.

Luis A. Oyola, organizing director of the Charlottesville-based Legal Aid Justice Center, said the group is working with Portland, Oregon-based attorney Samrach “Sam” Sar, who represents the boy. Sar said the boy has been held at the Northwestern Regional Juvenile Detention Center in Frederick County since April 1.

The boy, an El Salvadoran national, was originally held at the Cowlitz County Youth Services Center in Longview, Washington. National Public Radio reported the Cowlitz Center was one of just three immigrant youth jails in the U.S. holding youths for more than 72 hours for ICE. Last year, Cowlitz was sued by the University of Washington Center for Human Rights, which said the jail refused to provide basic information such as why the incarcerated children were being held. Cowlitz subsequently cancelled its contract with ICE, leading to the boy being transferred to the Northwestern Regional Juvenile Detention Center, which signed a contract with ICE on Feb. 17.

The contract with Northwestern guarantees it receives $279 per day from ICE regardless of whether it holds children for ICE. That works out to nearly $102,000 annually. The contract refers to the children as “administrative detainees”

“This term recognizes that ICE-detained juveniles meet the criteria for secure custody,” the contract said. “[They] are charged with criminal violations and are only held in custody to assure their presence throughout the administrative immigration hearing process and to assure their presence for removal from the United States pursuant to a lawful order from the Immigration Court, the Board of Immigration Appeals or other federal judicial body.”

Sar said the boy and his mother were fleeing gang violence and applied for asylum at the Mexico-U.S border in 2017. The asylum case is still pending, and the boy’s criminal case has been continued to July.

In August 2020, the boy was bullied and assaulted at his school in Philadelphia, according to Sar. He said the boy was arrested and charged with misdemeanors after allegedly making threats in response to being attacked. Then he was sent to the Cowlitz center in Washington state. Sar said a bond request he made in a Portland immigration court was denied despite the boy being assaulted and cooperating with police. He said the boy should be allowed out on bond to live with his mother until the asylum case is decided. He said incarcerating the boy for over nine months on a misdemeanor is unfair.

“This is just ridiculous,” Sar said. “This kid is being held for nothing.”

The detention comes at a time when ICE faces intense criticism. The American Civil Liberties Union, Human Rights Watch and the National Immigrant Justice Center have condemned the treatment of adult and child detainees at public facilities and private, for-profit jails contracted by ICE.

Between January of 2017 and April of 2020, 39 adult detainees died in ICE custody or shortly after being released, according to “Justice Free Zones,” a joint report by the groups. The report recommended children or adults who are vulnerable in jails, such as those with mental health or serious medical problems, or gay and transgender people, be detained in community-based settings run by nonprofit groups that provide case management.

Created in 2002 after 9/11, ICE carried out a record number of deportations under the Obama administration including some 400,000 annually between 2012-14, according to the Pew Research Center. Immigrants rights groups said ICE should be focusing on violent criminals here illegally, not deporting dishwashers, domestic workers and landscapers and breaking up their families.

Criticism intensified during the Trump administration over ICE targeting immigrants guilty of misdemeanors decades ago. ICE’s record has led to an “Abolish ICE” movement and prominent Democrats, like Vice President Kamala D. Harris, have called for a total overhaul of the agency.

In-state criticism involved the privately-run ICE facility for adult immigrant detainees in Farmville, where about 340 detainees contracted the coronavirus and one died last year. Gov. Ralph Northam and U.S. Sens. Tim M. Kaine, D-Va., and Mark R. Warner, D-Va., last year called on the facility to stop bringing in detainees during the outbreak.

Oyola conceded that many of the ICE abuses of detainees occurred at privately-run jails and that ICE’s contract with Northwestern is legal. Nonetheless, he said Winchester-area residents should have had the chance to weigh in on it, given ICE’s record.

“Abuses happen and a lot of things happen that never reach the public eye,” Oyola said. “When you’re talking about minors, the risk for that is particularly higher. They’re kids, they’re not necessarily equipped with the tools to handle themselves when they’re in these sorts of situations.”

The local juvenile detention facility has 32 beds and 35 staff and is currently holding seven juveniles, according to Superintendent Erin K. Maloney. She said in an email that the jail holds children between the ages of 10 and 17, and the maximum stay for a sentenced juvenile is 180 days. However, some have stayed longer if their mental competency was attempting to be restored. Maloney, who has worked at the center since 1997 and been superintendent since 2013, referred all questions about the boy to ICE.

ICE spokeswoman April M. Grant didn’t reply by Wednesday evening to a series of questions from The Winchester Star about Northwestern’s contract and the agency’s procedures for detaining children. However, ICE’s website said it ensures detainees are kept in “safe, secure and humane environments” and under “appropriate conditions of confinement.” It said children are provided with education from state-certified teachers and have access to cultural food choices, libraries, play areas and TVs.