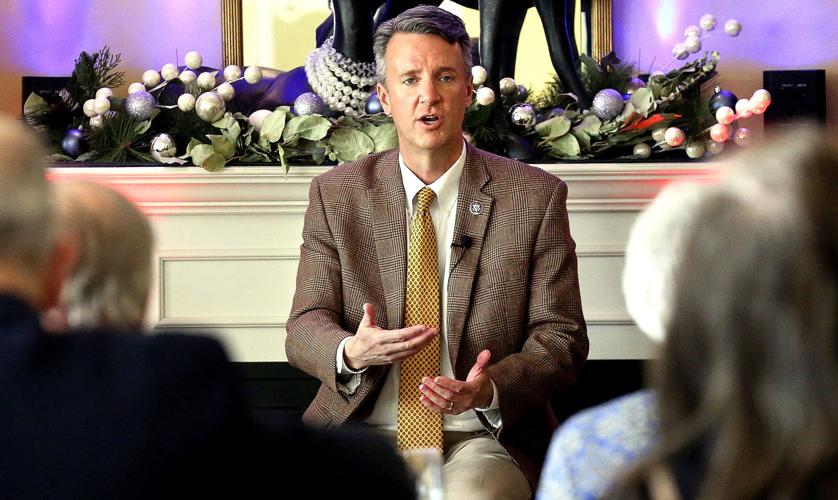 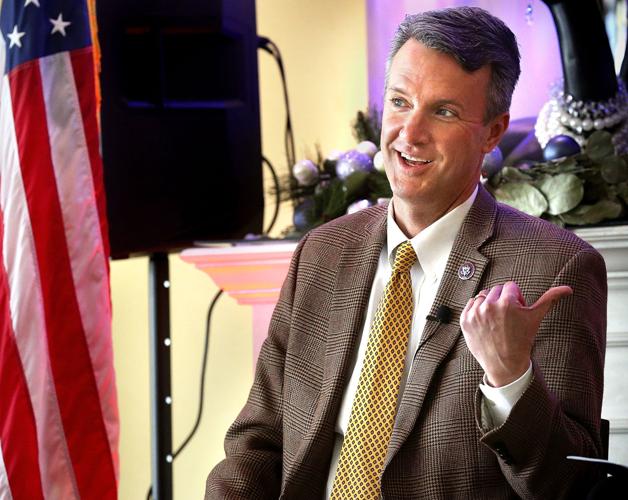 Transportation, inflation and the workforce were among topics covered Monday at the Top of Virginia Regional Chamber's federal legislative forum at Winchester Country Club.

Attendees heard perspectives from both sides of the aisle, as the luncheon was attended by 6th District Rep. Ben Cline (R-Botetourt), the new congressional representative for the Winchester area after recent redistricting, and a representative from the office of U.S. Sen. Tim Kaine (D-Va.).

"I've enjoyed getting to know folks here over the last year since redistricting added Winchester, Frederick, Clarke counties, unifying the Shenandoah Valley and uniting our efforts to make this corridor the economic powerhouse we all know it could be," Cline said.

The event was moderated by Christopher West of Jackson-West Consulting LLC.

Cline and Rachel Reibach, the regional director for Kaine's Northwestern Virginia Office, were asked about the nation's high inflation rate, which topped 9% in June. It's now 7.7%.

"What we need to look at are solutions. Higher prices in the grocery store, higher prices at the pump. One of the fastest ways to get there is through our energy policy," Cline said. "To impact energy costs globally will require a major shift in policy at the federal level regarding production and domestic production and how we give the energy industry the reassurance it needs to invest in production."

Cline continued: "When we have some saying we need to end fossil fuel investment altogether, that is a disincentive to production. And we need to bring cost down."

But he seeks input from constituents for maximum effectiveness when shaping legislation to combat soaring inflation.

Kaine voted for the Inflation Reduction Act, a priority of the President Joe Biden's administration intended to curb inflation, lower prescription drug prices, and promote clean energy. “We’re proud that this law will lower the price of prescription drugs, reduce the deficit, bring down energy bills and fight climate change," said a statement on Kaine's website that was posted after the act was passed in August.

Cline, who voted against the Inflation Reduction Act, said he's "concerned that the amount of government spending may have artificially kept some industries afloat. Government intervention generally hinders that market correction that is necessary to keep our economy ahead."

Asked about congested and crash prone Interstate 81, Cline said he favors widening it from two lanes to three, "frankly, from Winchester to Bristol."

Cline also voted against the Democrat-led infrastructure bill, the Invest in America Act, because its definition of "core transportation infrastructure" was broader than his own. He said the bill focused on mass transit and the construction of electric vehicle charging stations rather than roads and bridges. The bill was signed into law in November 2021.

On the labor shortage, and whether immigration could help resolve some gaps in the workforce that have hampered small businesses, Reibach said, "Immigration is a huge part of the puzzle to solve this. Everyone I've met with from agricultural sector to assistant living staff, everyone needs solutions. We can't let this linger."

Cline agreed, saying he believes the pathway to citizenship needs to be made less cumbersome.

Since Cline's reelection to his third term on Nov. 8, Republicans have taken control of the House of Representatives, while Democrats narrowly remain the Senate majority.

Critical of the Biden administration, Cline told the room, "Now that Republicans are moving into the majority, I hope I can be an advocate for this area. I think we need to put more pressure on the executive branch that is applying more regulations that hurt small businesses."

Cline alluded to the brisk pace at which Congress has worked of late. "Every time I'm here, I look out on that golf course and wonder when I am going to be able to play it," Cline said. "And given what's happened in Washington over the last few weeks, I don't think I'll be playing it anytime soon."

He lamented the lack of bipartisanship in Washington in his introductory remarks and recalled the bipartisan lunches from his time as a member of the Virginia General Assembly.

"I'm trying to take a lot of the lessons I learned in Virginia to Washington. I go to Washington after many years in Richmond, and they are giving me a tour. Well, here are your two lounges: there's Republican lounge and there's the Democrat lounge," Cline said.

"That has proven to be the biggest challenge over the last four years," Cline said. "We are a divided country, but we can disagree without being disagreeable."

Ben Cline says, "..."That has proven to be the biggest challenge over the last four years, We are a divided country, but we can disagree without being disagreeable." This coming from someone who just called our legislative body a "swamp." A characgerization coined from his mentor, Donald Trump. He and Trump are all in on abolishing our constitutional republic and replacing it with rule-by-one. Cline is a Trump boot-licker. He can't speak freely about anything. Sad.

Mr. Cline keeps repeating the same old Fox talking points, even though the majority of Americans see right through them. As the Washington Post recently reported, "A Monmouth poll finds [that s]upport for the Bipartisan Infrastructure deal (BIF), which was signed into law last month, stands at 66%, similar to November and down just a few points from prior polls. Support for the Build Back Better (BBB) plan to expand access to health care, college, paid leave and other services remains fairly steady at 61%. Furthermore, 56% of Americans support the climate change funding part of the BBB bill (compared with 60% in November). Partisan support for each of these three spending elements stands at 92%-95% among Democrats and at 56%-67% among independents."

Inflation is down, as the Post reported just this week: "The price of gasoline is dropping like a rock. Chicken wings are suddenly a bargain. And retailers drowning in excess inventory are looking to make a deal.

After more than a year of high inflation, many consumers are finally starting to catch a break. Even apartment rents and car prices, two items that hammered millions of household budgets this year, are no longer spiraling out of control.

Global supply chains are finally operating normally, as more consumers spend more on in-person services like restaurant meals and less on goods like furniture and computers that come from an ocean away. The cost of sending a standard 40-foot container from China to the U.S. West Coast is $1,935 — down more than 90 percent from its September 2021 peak of $20,586, according to the online freight marketplace Freightos."

Since Mr. Cline hates our lovely capital city and longs to play golf, maybe he should resign. His days would be spent more productively.