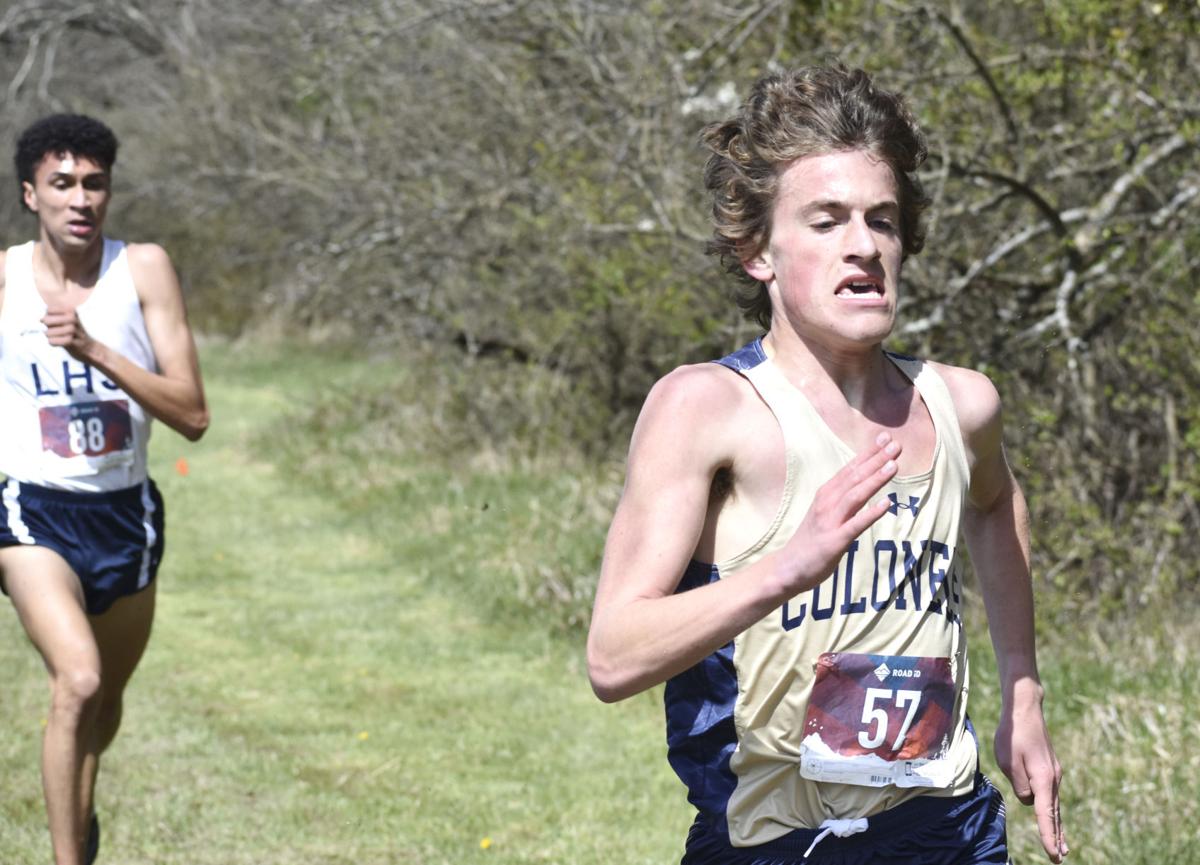 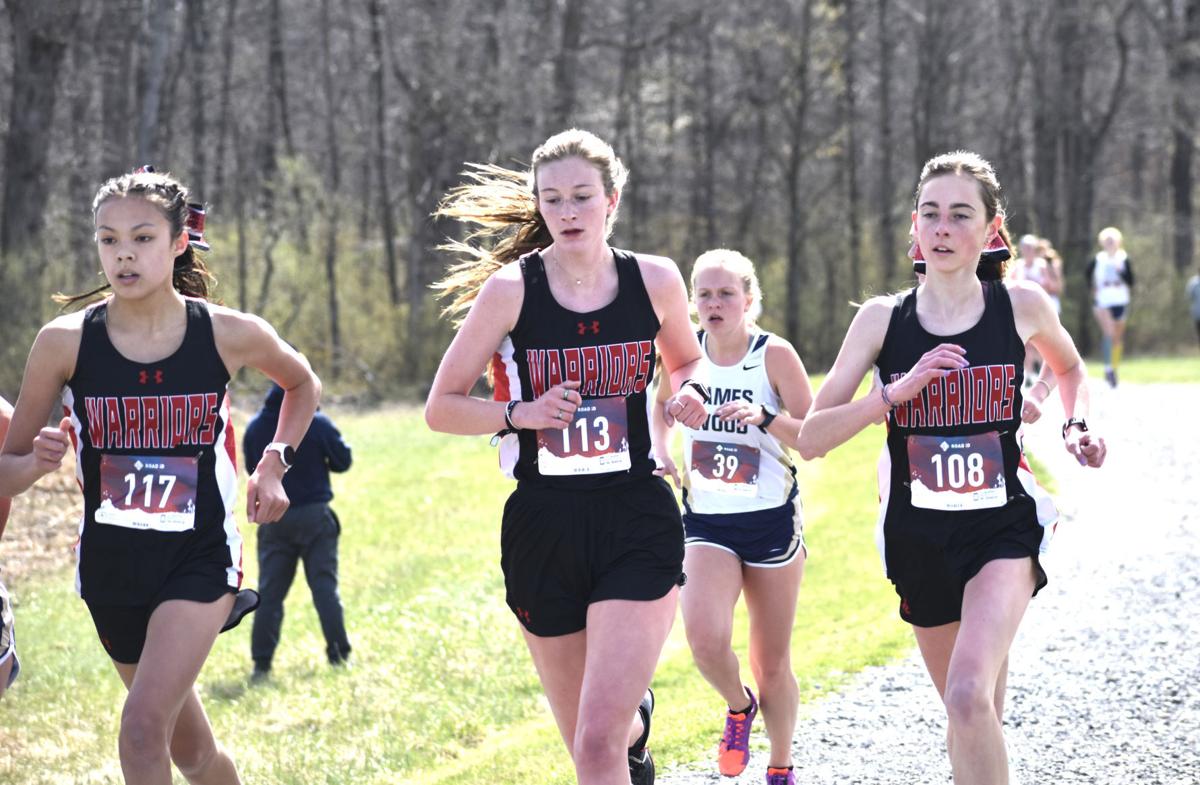 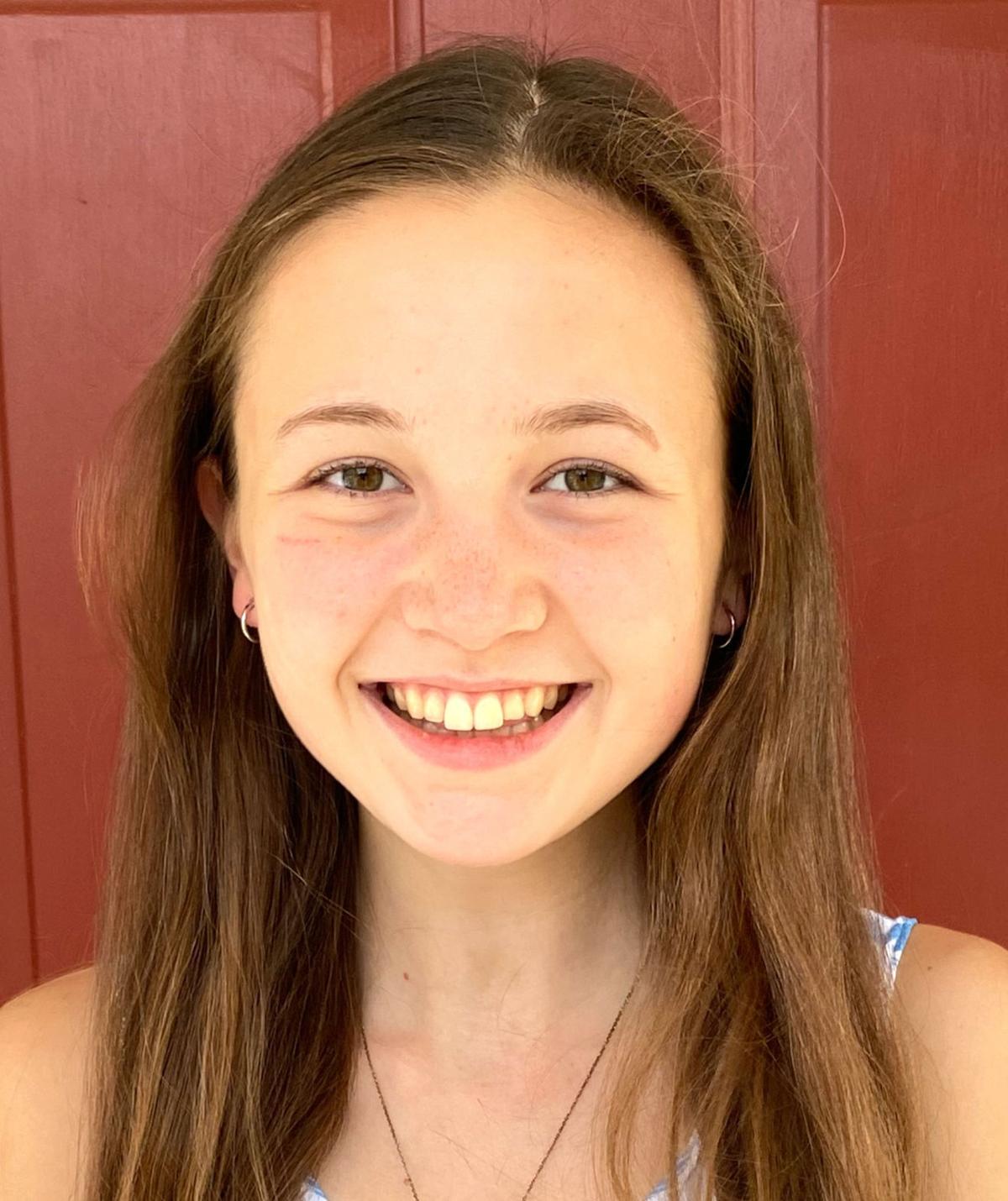 WINCHESTER — James Wood junior Nathaniel Woshner threw his arms in the air to celebrate a new accomplishment, then watched his teammates finish off the Colonels’ mission of securing a familiar one.

The James Wood boys’ cross country team kicked off the postseason in style on Saturday, as Woshner captured the first individual postseason title of his career and the Colonels took their third straight title at the Class 4 Northwestern District meet on the Third Battle of Winchester course.

“Usually, during an invitational meet, I’m running for time,” said Woshner after receiving hugs and congratulatory words from numerous people for his 1.5-second win over defending district champion Sam Rodman, a senior at Liberty. “Today was just all about placement, and going into regionals as a team, and winning districts for the [third] year in a row. We did really good.”

The Pioneers (57 points) were the runner-up once again, and they and James Wood will each send their teams to the Region 4C meet on April 13 at Morven Park in Leesburg. The top two teams and top six individuals outside of those two teams qualified for regionals on Saturday.

Sherando is the only local girls’ team that advanced on Saturday, as the Warriors took second. The top four girls’ teams were separated by 12 points, with Fauquier scoring 56 and Sherando (62), James Wood (66) and Millbrook (68) following close behind.

Individually for the girls, Pioneers sophomore Madison Murphy captured her second straight district title, recording a time of 18 minutes and 37.9 seconds over 3.1 miles to win by almost 19 seconds over Fauquier freshman Cassidy Scott (18:56.7). Murphy and Scott were the only two girls’ runners to break 20 minutes.

Before the season, first-year James Wood head coach Matthew Lofton — an assistant for Millbrook when the Colonels won the previous two titles — felt his team would have a tough time qualifying for regionals due to the quality of their competition. The Colonels got a championship with a performance that exceeded Lofton’s expectations.

“They really put everything on the line today and ran really well,” Lofton said. “We hadn’t beaten Nico [Schianchi, of Handley] all year, so to have two guys in front of him was really great. Ethan Pratt-Perez was the top freshman, and to take seventh is a really stellar performance by him.”

Initially, Woshner had to make sure Schianchi, a junior who won the City-County race at James Wood on March 24, didn’t get too big of an advantage. Schianchi set the pace early, but about halfway through the race Woshner grabbed the lead.

The latter part of the race turned into a three-man battle among Woshner, Rodman and Millbrook sophomore Nick Hayden. Woshner said Hayden passed him on the three-quarters-mile bunny loop that starts after the two-mile mark, but Woshner regained the lead after they went up a hill.

In the final 100 meters though, Woshner began hearing cheers for Rodman, who won the Class 4 1,000-meter state title during the indoor track season.

With a fierce expression on his face, Woshner’s closing speed proved too much for Rodman to match, and he won by 1.5 seconds.

Hayden wasn’t too far behind the duo, taking third in 16:12.9 to beat the fourth-place White by 22 seconds. First-year Millbrook coach Jamie McCarty said he knows Hayden would have liked to have fared better, but he still finished 14 spots higher than last year.

“We knew James Wood was good and they were going to be hard to beat,” said McCarty, who took over for 10-year head coach Kevin Shirk, one of the attendees of Saturday’s event. “These guys had to learn how to do things differently this year, and that’s always hard. A lot of our guys this year were JV kids who moved up.

“I knew our strength was going to be our pack, and we didn’t quite have the firepower up front. But everybody ran well today, so I’m pretty proud of them.”

The Sherando girls were the only team to place three runners in the top 10, and that made a big difference in helping the Warriors edge their Frederick County rivals. Sophomore Emma Ahrens was fifth in 20:23.8, senior Molly Robinson took sixth in 20:25.8 and sophomore Eva Winston took seventh in 20:29.4.

“We tried to take the first mile out just a little bit slower, and then we would gradually speed up through the second and third miles and try and pick off as many people as we could towards the finish,” Ahrens said.

That led to a team finish that had Sherando runners smiling and posing for numerous pictures at the end of the meet. The Warriors were also led by sophomores Ryleigh Combs (22nd in 22:05.5) and Emily Fisher (26th in 23:08.8).

“I’m really proud of them,” Sherando coach Megan Roberts said. “I knew going in that we had a shot [to qualify for regionals], but it was going to take everyone having a good day. They didn’t let nerves get to them, which is something I was worried about. They went out there and took care of business.”

Ailments have limited the Warriors this season — Robinson and Fisher each missed significant stretches of time — so Ahrens was glad everything came together Saturday.

“We all worked really hard today,” she said. “We haven’t really had a race where we’ve been 100 percent the whole season. It was just really nice to show what we can do and advance to regionals.”

A year ago, Murphy won the girls’ district title by 42 seconds at Fairview Park in Woodstock. Murphy was dominant again on Saturday, particularly late.

Murphy led Scott by 10 meters halfway through the race, then picked up the pace over the last mile to distance herself completely from the freshman and record a time that is just 15 seconds off her best time from last year.

“Today was all about going hard and strong and seeing where I was from the training I’ve been putting in for the last couple of months,” Murphy said. “I knew for the last mile, I wanted to go all-out strong and get back down to 18 [minute] something today for my time. Recently, I’ve been in the lower 19’s, and with this being my home course, I wanted to get close to my PR.”

James Wood’s only qualifier is junior Lauren Beatty, who made her season debut after rehabbing an injury and placed ninth in 20:35.8.

For more coverage of Saturday’s meet, see Tuesday’s edition of The Winchester Star.