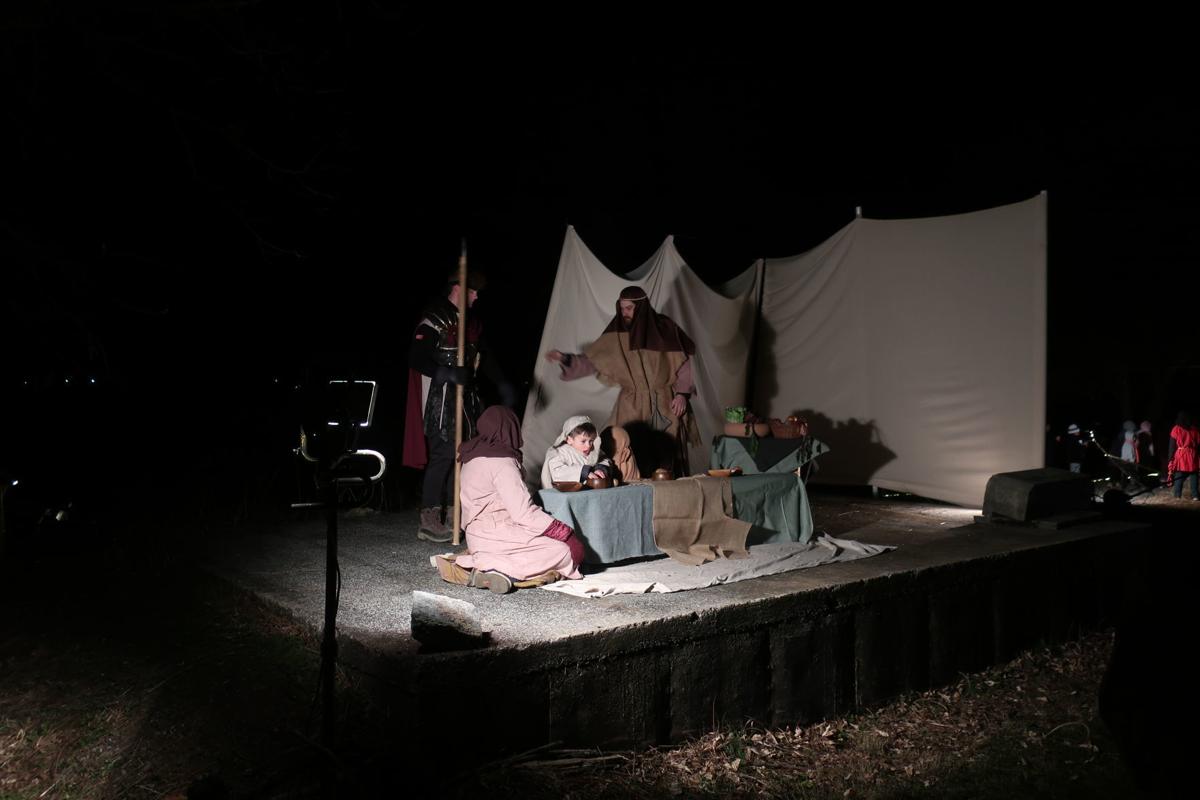 A Roman centurion demands taxes from a Bethlehem family at the annual Follow the Star event. 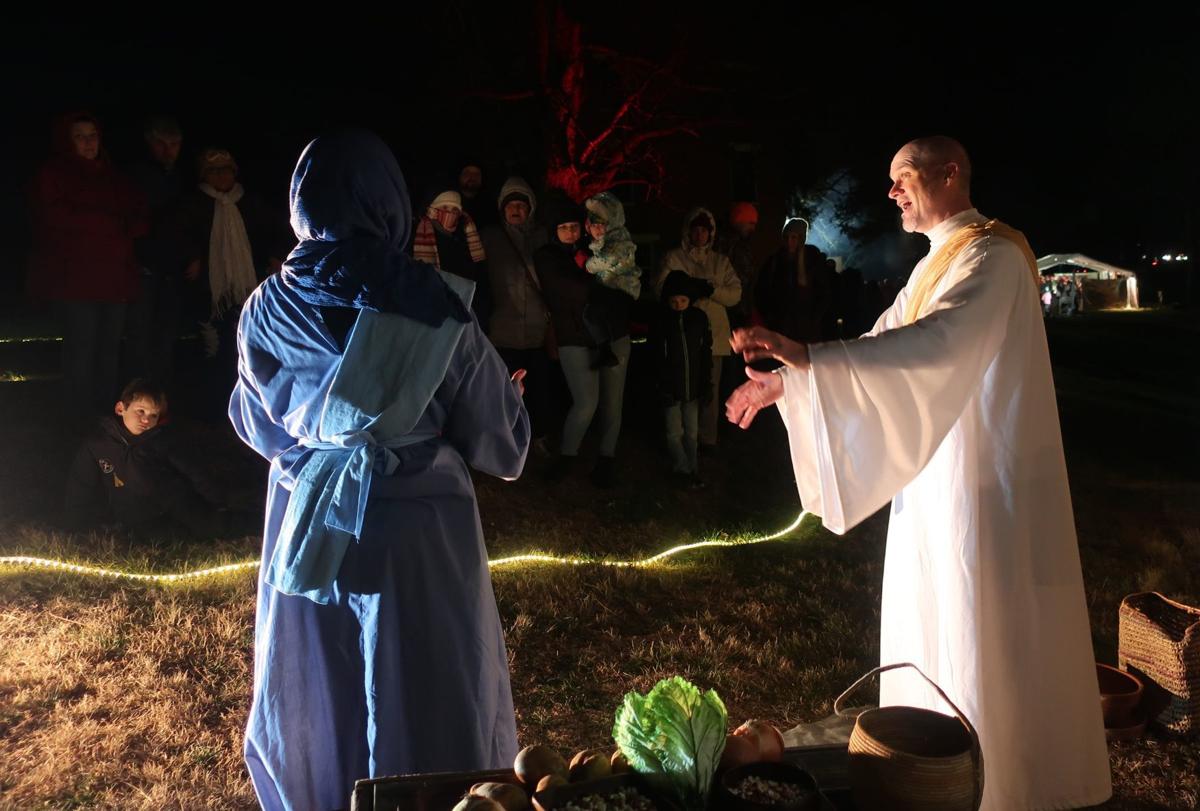 The angel Gabriel tells Mary she will give birth despite being a virgin.

A Roman centurion demands taxes from a Bethlehem family at the annual Follow the Star event.

The angel Gabriel tells Mary she will give birth despite being a virgin.

A correction has been made to this article.

WINCHESTER — The annual Follow the Star event, designed to give people a feel for the atmosphere in Bethlehem when Jesus Christ was born, drew about 6,000 people to the Kernstown Battlefield this weekend.

“We are going to Bethlehem tonight and there are rumors that three wise men from the east came and they were following something,” tour guide Dan Hotek told children riding on a trailer to the event on Saturday night. “Does anyone know what they were following?”

Hotek’s narrative was rudely interrupted by a Roman centurion.

“Just some travelers going to Bethlehem.”

“Speak up when you talk to me!”

The exchange conveyed the harsh realities of the time. Since 1967, Bethlehem has been part of the Occupied West Bank in Palestine, with Palestinians under the control of the Israeli military. But 2,000 years ago when Christ was born, Jews like him were under the oppressive rule of the Romans.

With the Roman Empire overextended from military conquests and heavily reliant on the conquered territories for revenue, the Romans depicted at Follow the Star repeatedly demanded taxes from residents. This year’s event included a new scene of a typical Jewish family being harassed in their home by a centurion. “Render unto Caesar what is his!” the centurion demands.

Follow the Star began in 2010 and is run by Fellowship Bible Church on Middle Road in Frederick County, which opened in 1980 and has about 2,500 regular parishioners. Church members are among the 450 volunteers who help put on the event, and another 95 portray the cast. Parishioners also bake about 2,300 dozen cookies for attendees.

The free event first drew about 1,500 people, but attendance has increased to up to 6,400, according to Karen and Scott Santmier, who helped start Follow the Star. The event was originally going to be strictly a nativity scene held in a barn, but it was expanded thanks to the cooperation of the Kernstown Battlefield Association. The Santmiers wanted to create an event to remind people that the true meaning of Christmas is about Christ’s birth, not a shop-’til-you-drop, gift-giving competition.

“This is why we celebrate Christmas,” Karen Santmier said. “It’s not all about the fluff and commercialism.”

The event is a family affair, with many of the actors related. They include Winchester residents Dennis and Ivette McNutt, who portray Elizabeth, a cousin of Mary, Christ’s mother, and Zachariah — also known as Zacharias — a priest and Elizabeth’s husband. The McNutts have participated since the event began nine years ago. All five of their children have participated and three still do.

“It’s the joy it brings our family just to be part of something so special,” Ivette McNutt said.

“Our two older kids have moved away, one’s in college and one’s graduated from college, and they both miss it,” Dennis McNutt said. “They wish they could come back and be a part of it.”

Follow the Star is also a family affair for attendee and congregant Patty DenHartog. She attends annually. This year, she brought her grandson from Kansas and granddaughter from Nebraska. Both are 12 years old.

“It’s really a great representation of the Christmas story,” said DenHartog, of Winchester. “We chose for them to come now to this because it’s such an awesome experience.”

Thank you for sharing what the true meaning is of Christmas. The birth of Jesus. We need to get back to this idea and remember the true joy of this holiday season.

God foretold his plan for humanity through the Hebrew prophets hundreds of years before the birth of Jesus Christ.

Isaiah wrote, "The Lord himself will give you a sign: The virgin will be with child and will give birth to a son, and will call him Immanuel..." Our Christian desire is to turn the eyes of all men upon the true Creator and Christ of Christmas. The true light of the world has come. The Christmas season and celebration presents the church with an outstanding opportunity to preach the good news; that men can be made righteous and have peace with God through faith in His Son, Jesus Christ.

Merry Christmas and God bless us, every one!