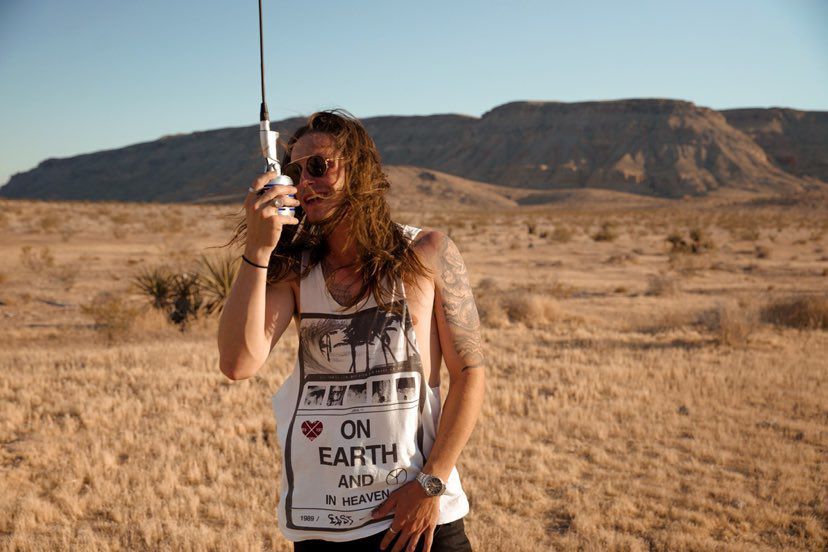 Shane Moyer during a promotional photo shoot for a music video he shot in Las Vegas for a song titled “Home.” 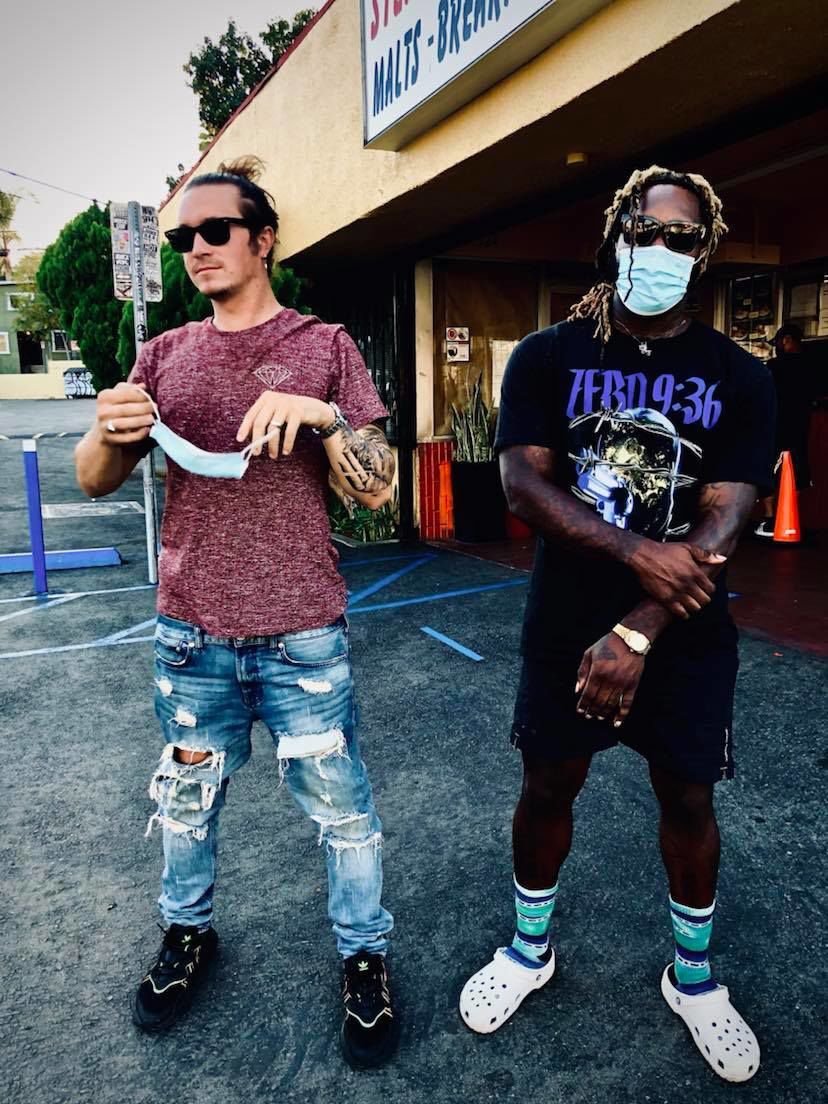 Shane Moyer during a promotional photo shoot for a music video he shot in Las Vegas for a song titled “Home.”

WINCHESTER — Shane Moyer, a 2014 Millbrook High School graduate, has his music featured in the heist thriller “The Misfits,” which opens in U.S. theaters today.

Moyer, 24, wrote and produced “Desert Chase,” which is featured in an action scene in the movie starring Pierce Brosnan, Nick Cannon and Jamie Chung and directed by “Die Hard 2” director Renny Harlin.

On Thursday, Moyer was able to see the movie during a special screening at the local Alamo Drafthouse Cinema with co-owner Steve Nerangis.

“It was almost unreal watching. I kept thinking in my head, ‘What if they cut out the song?,’ and I was anxious leading up to the scene,” Moyer said. “But sure enough, I heard my voice and could finally see and hear what I had made years ago.”

He said a significant portion of the song, almost two minutes, plays toward the end of the film, in a car chase scene through the desert with Cannon.

“It was just a surreal moment,” Moyer said. “Seeing Nick Cannon dancing to a song I made, like that’s wild. It felt like a lot of hard work had led up to this moment. I genuinely felt accomplished; it was just all in all a crazy experience.”

Moyer has been making music since he was about 14. He purchased a $15 microphone off eBay and started making songs in his bedroom with his friends. Over time, he slowly improved his craft, and he said he became addicted to writing songs every day. He said the music he makes is a fusion of pop, rock and rap and cited Post Malone as one of his influences.

After graduating from Radford University in 2018, Moyer moved to Los Angeles to pursue his music career and work with Nino Litermo of Capitol Records Finland.

In 2019, while working a late shift at his part-time job at Costco, an opportunity presented itself with an extremely short deadline. Litermo emailed Moyer at 3 a.m., saying that Finnish composer Lasse Enersen, who was creating music for “The Misfits,” had heard Moyer’s music and wondered if he would be able to provide music for the film.

Moyer said the email gave him very little information about the movie, other than that it involved a heist and that his song would probably be used for a desert car chase scene. The email also said that he only had 11 hours to submit a song.

Returning to his condo at 4 a.m. with 10 hours to submit a song, Moyer composed something that ultimately impressed the decision makers. With a few tweaks, it was accepted for the final cut.

“I was a little nervous at first, but it was kind of exciting and I just knew the opportunity was huge,” Moyer said. “It was one of those things where you make it or break it, sink or swim. So that’s kind of how I was feeling. I just went into it confidently and did what I do. I sent it back and luckily I got an email a few hours after I had sent it to them and he said, ‘You are a machine.’”

Moyer was recently notified that “The Misfits” was finally hitting theaters after the movie’s original release was delayed due to the COVID-19 pandemic. In November, he moved back to the Winchester area, where he continues to compose music and work part-time for Costco.

He said having his music featured in a major motion picture confirms that he is on the right track and that his years of hard work are paying off. He said his experience is a lesson in never giving up.

“This is literally what I’ve wanted to do since I was a kid,” Moyer said. “I’ve always had doubters, people telling me it won’t happen, people telling me to quit, just do what everybody else is doing, get a normal job, blah blah blah. But like, literally, if it’s what you like to do and it’s what makes you happy, it shouldn’t matter. You should just go for it, don’t care about what anybody says. Live your dreams because anything is possible.”

Tickets for “The Misfits” are available at the Alamo box office or online at www.drafthouse.com/winchester. Nerangis said the Winchester location will play the movie for one week, two shows a day.

Awesome article. Congrats to Shane! Can't wait to hear his song in the movie!!