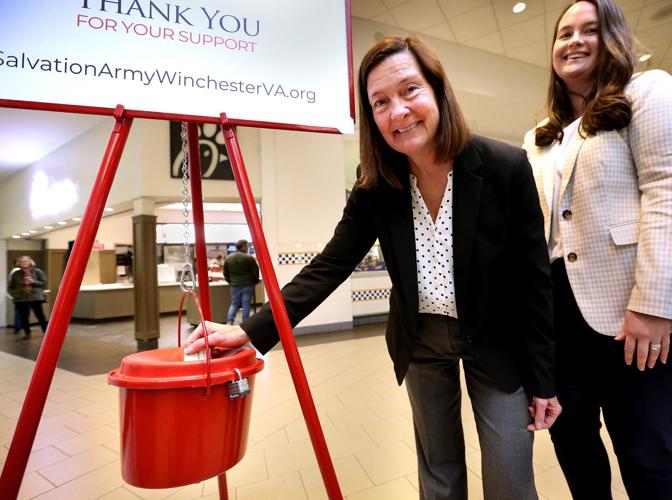 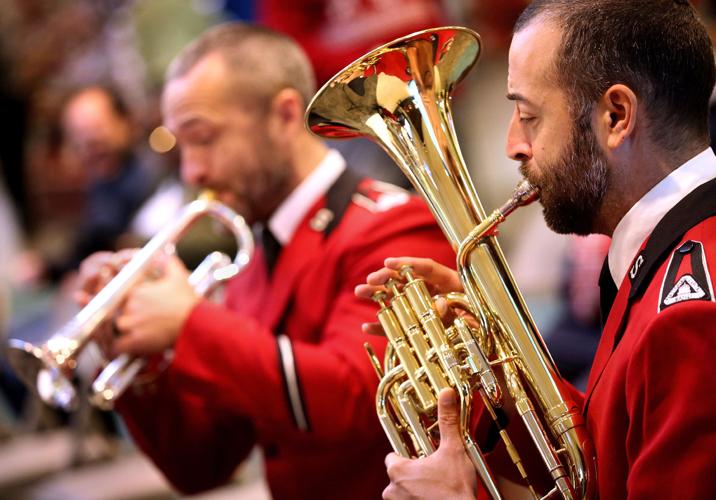 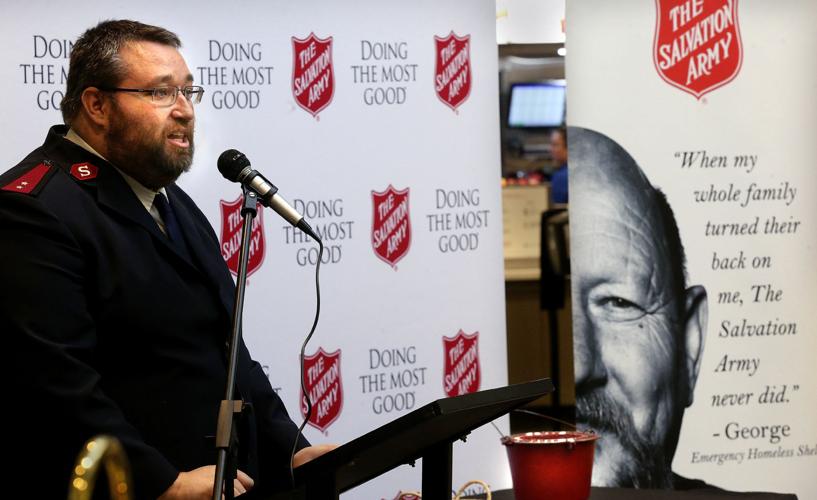 The four musicians were dressed in the unmistakable red uniform of the international nonprofit.

The Winchester Salvation Army is entering a critical fundraising period and has set a goal to raise $75,000 in the next five weeks.

People can either drop money in one of the kettles stationed around the community or donate to a virtual Red Kettle.

“You can help us raise money without even having to stand out in the cold,” said Winchester Salvation Army Capt. John Blevins Jr.

Volunteer bell ringers, plus a few paid employees, will be at kettles placed in locations frequented by shoppers. Randy Moore will be at the main entrance of Apple Blossom Mall often in the next five weeks.

“It’s a good-hearted thing. It basically means helping out, raising money for people who might not have certain things,” Moore said.

Proceeds from the Red Kettle Campaign will help those in need with temporary housing, food and other assistance.

So far, the local Salvation Army has successfully filled 542 hours of bell ringing — about a quarter of the time it hopes to log. Volunteers are still needed.

“Both volunteers and paid bell ringers have been difficult to recruit. A lot of our volunteers are older citizens, so COVID was particularly rough on them,” Blevins said.

Currently, he has four paid bell ringers, and if more volunteers do not materialize, he will need six or seven a day.

“If we don’t have enough volunteers, there’s a possibility we won’t be able to man some locations. That’s why volunteers are really important, and that’s our biggest need right now,” Blevins said.

The formal launch of the Red Kettle Campaign was capped by several speeches from community members, including Frederick County Board of Supervisor Judith McCann-Slaughter, who represents the Stonewall Magisterial District where the Salvation Army’s shelter is located.

“I just want to say, ‘Keep the pot ringing,’” said Slaughter. “This is a great tradition, and I’m blessed to be a part of it. The stewards of the Salvation Army work hard every day to meet their mission.”

The Salvation Army has been active since 1865 when it was established by a Methodist Reform Church minister in London’s East End, according to online information. The Salvation Army is a Protestant Christian church as well as a charitable organization.

To make a virtual donation, go to salvationarmypotomac.org/winchestervacorps/ and click on the Red Kettle.