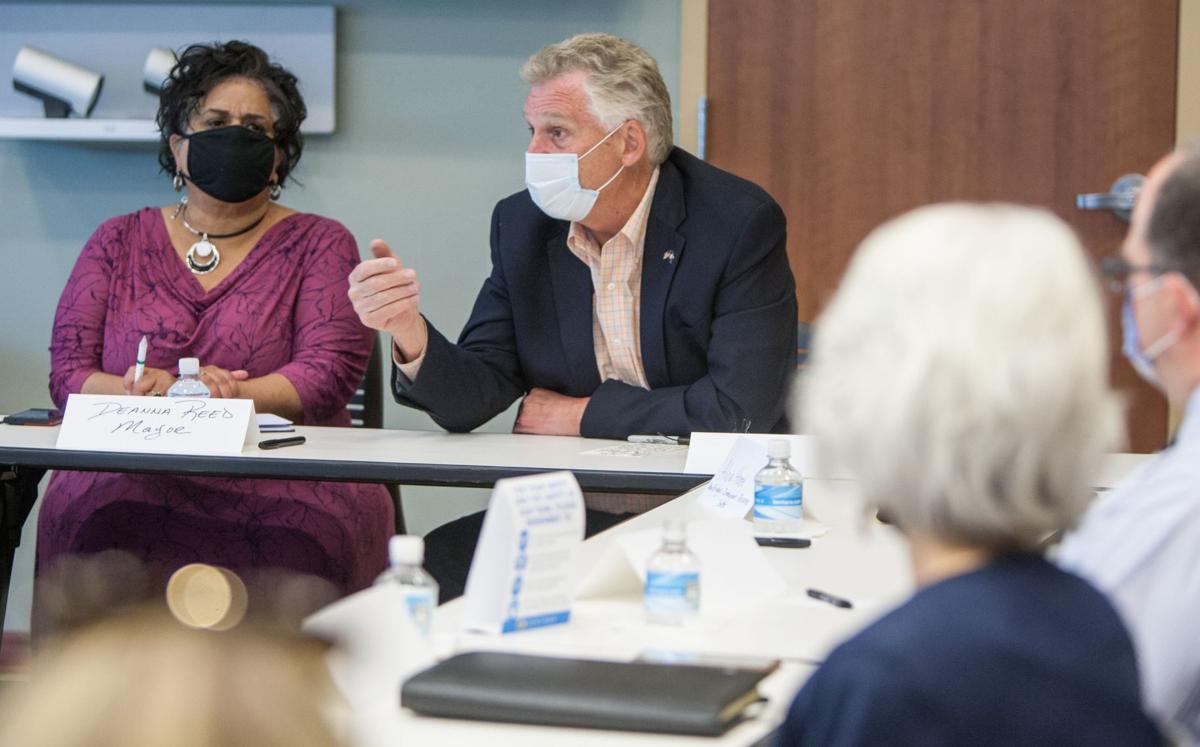 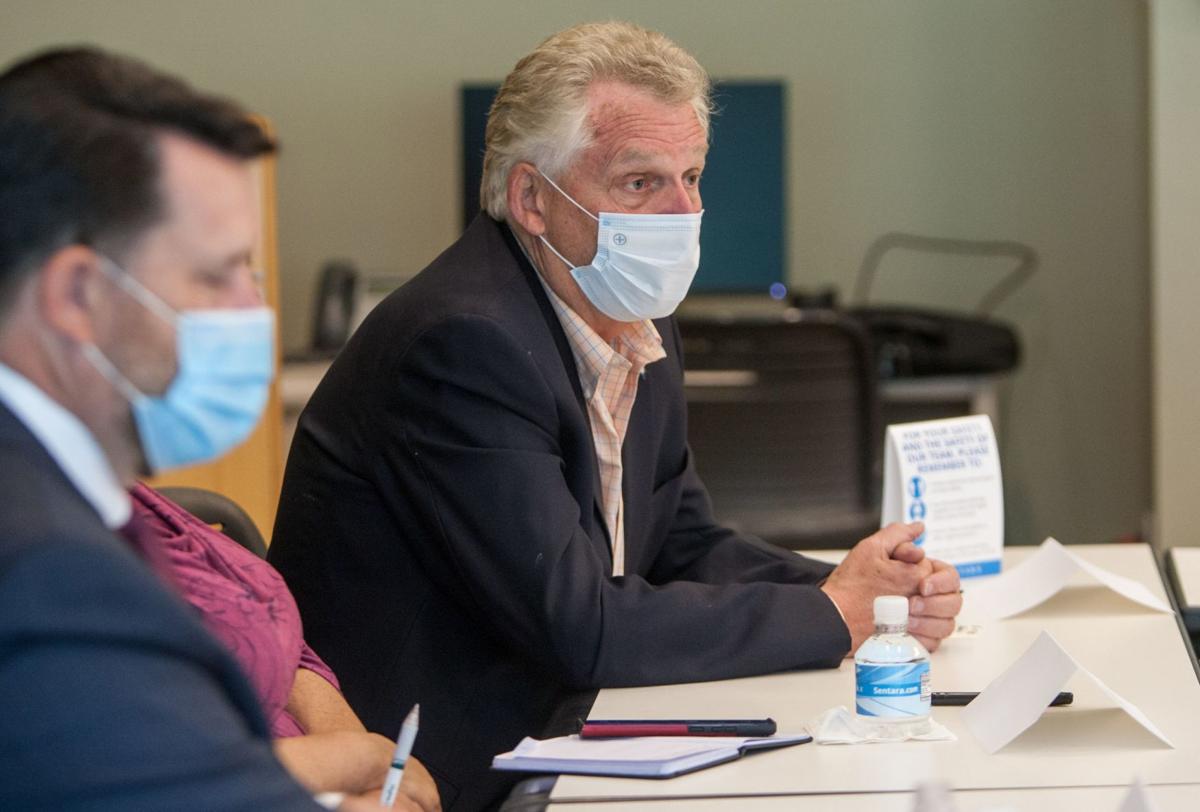 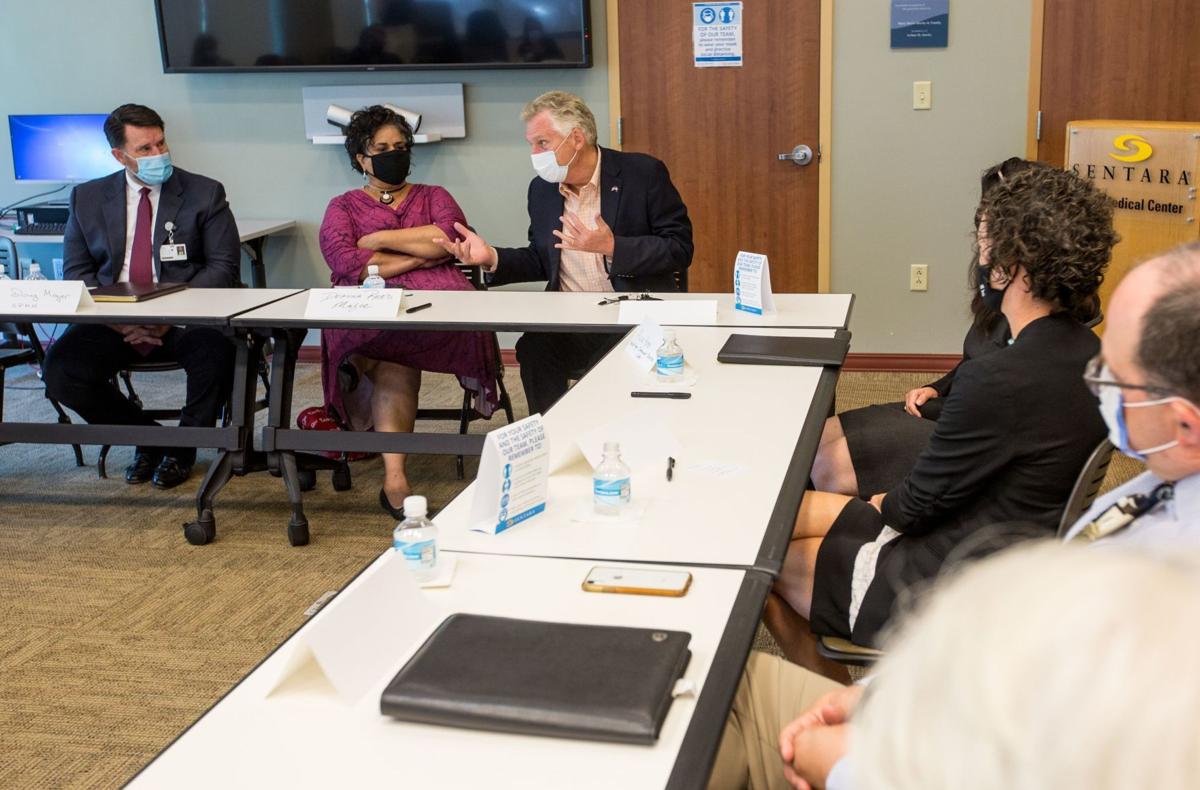 During his four-year term as governor, Terry McAuliffe worked to provide health care coverage to more Virginians and advocated for Medicaid expansion, which was approved under Gov. Ralph Northam’s administration.

The visit to Sentara RMH Medical Center and roundtable discussion coincided with the unveiling of a new health care affordability plan McAuliffe will put forward if elected.

“It’s an issue that is affecting so many Virginians,” McAuliffe said Tuesday. “Here in the Valley, they’ve done a great job, and I’m here to get some great recommendations.”

During the roundtable discussion, McAuliffe heard from several organizations and Sentara RMH Medical Center staff on how to better the health care system for Virginians.

Most comments touched on providing quality health care to all Virginians by breaking down language barriers, maintaining relationships and partnerships with communities and increasing the supply of primary care providers to meet demand.

“We came to discuss health care, but really we are discussing life and these are life issues and how they affect your health care,” said Anna James, senior vice president of public policy and government relations at Sentara Healthcare.

McAuliffe asked each visitor to say what they would do to improve health care in Virginia if they could be governor for one day.

Laura Toni-Holsinger, executive director of United Way of Harrisonburg and Rockingham County, said she would provide paid sick leave to all Virginians.

“Sick leave is big,” she said.

McAuliffe said he would work to pass legislation guaranteeing paid sick leave in January if elected.

Alicia Horst, executive director of NewBridges Immigrant Resource Center, said she wanted to see language access prioritized so those in need of health care can have an interpreter present to provide a better understanding of the treatment they may require.

Jay Hotchkiss, with the Harrisonburg Community Health Center, said everyone should have access to a primary care provider, which was echoed by Patra Reed, regional director of Sentara RMH.

“My dream would be for everyone to have a primary care provider,” Reed said.

To have access to more primary care providers in Virginia, Edward Sandy, with Sentara Healthcare, said the cost of education needs to be addressed, as well as finding incentives for providers to seek practice in the commonwealth.

With fresh ideas written down on McAuliffe’s notepad, he said he wanted to see Virginia have the best health care available, but making that happen comes down to affordability.

“People are hurt,” he said. “We have 700,000 Virginians with no coverage at all and 50% of Virginia residents forgo some medical treatment over the course of the last year because they couldn’t afford it and 25% of all Virginians are not taking medications prescribed to them because they can’t afford it.”

Under his proposed health care plan, McAuliffe said he will lower prescription drug costs, create new options for affordable health care coverage, lower premiums by setting up a state reinsurance program and create a Medicaid buy-in option that will further stabilize the insurance market and expand coverage by offering an affordable insurance plan.

McAuliffe also said he will make current telehealth flexibility made possible during the COVID-19 pandemic permanent and create a prescription drug accountability division at the State Corporation Commission to be charged with monitoring prescription drug prices.

McAuliffe said his goal if elected governor is to get “all 700,000 Virginians access to qualified, affordable health care.”

He was a great governor. He's exactly the right person to lead Virginia forward.