Millbrook senior midfielder Ronald Velasquez will compete for George Mason University next year on a partial scholarship. Velasquez will be the first boy in Millbrook’s 17-year history to compete for an NCAA Division I soccer program. 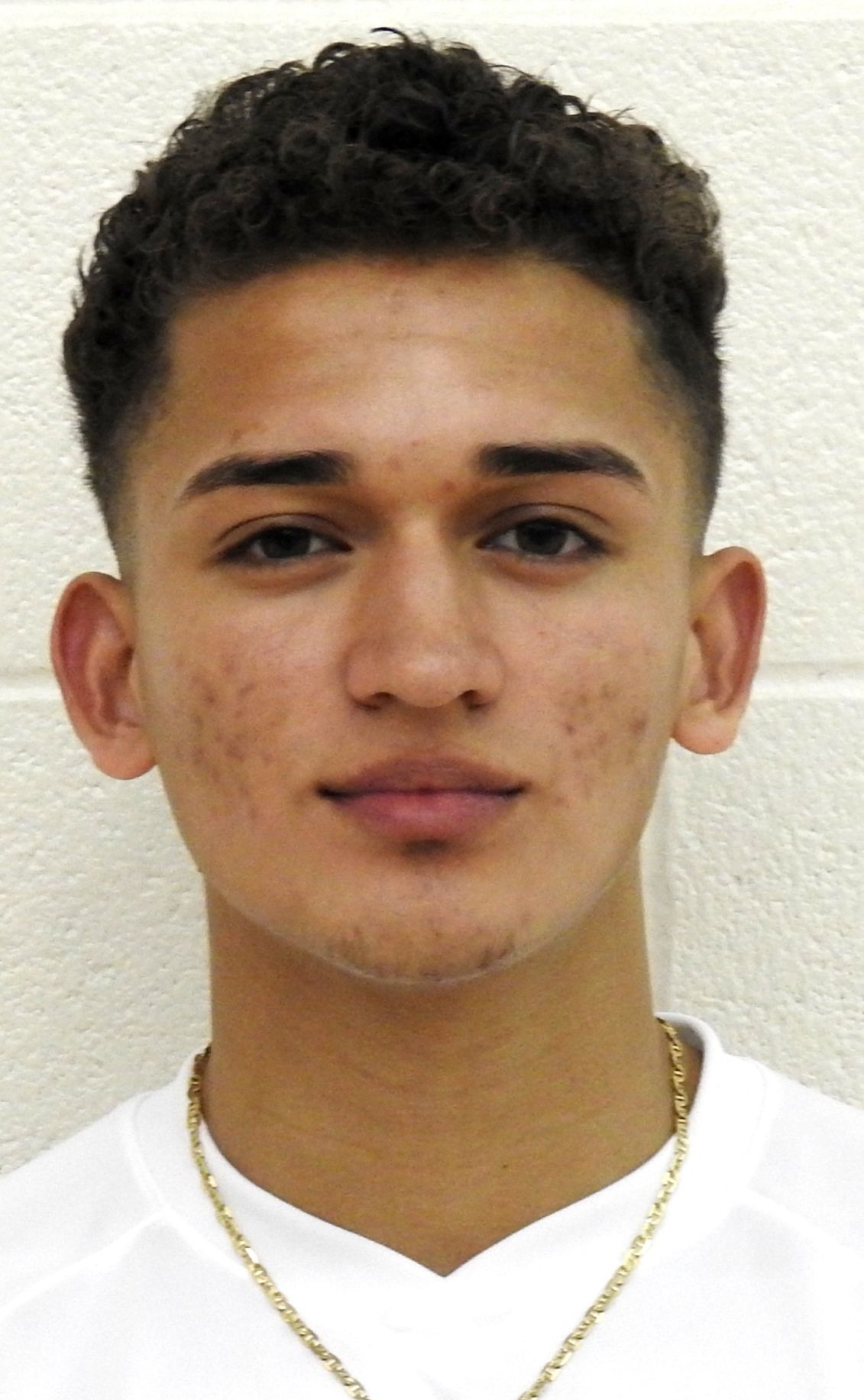 When Millbrook’s Ronald Velasquez joins the George Mason University men’s soccer team this summer, he’s going to have to prove himself to a head coach who didn’t recruit him.

The Pioneer senior midfielder isn’t daunted by that in the slightest. After having surgeries on his hip and both of his feet the last two years, the 5-foot-10, 155-pound Velasquez is used to putting in the necessary work to show that he has what it takes to excel on the soccer field.

Velasquez — who will be the first boy in Millbrook’s 17-year history to play soccer at the NCAA Division I level — will attend George Mason on a partial scholarship.

He actually signed with the Fairfax school back on Nov. 13 — the first day that seniors were allowed to sign national letters of intent — but he was hoping to have a signing ceremony at Millbrook High School close to the April 19 birthday of his mother Maira. (April 19 is a Sunday.) That celebration at Millbrook won’t happen due to the school being closed by the coronavirus (COVID-19) pandemic.

It’s hard to say when Velasquez might be able to participate in an official practice or game again, but the day he holds his first training session with his future Patriot teammates is one he’s going to treasure.

Velasquez learned from an online article in the Washington Post that morning that Greg Andrulis had resigned after 15 years as George Mason’s head coach. The MLS Coach of the Year with the Columbus Crew in 2004, Andrulis experienced three losing campaigns in his last four seasons, including a 4-12-2 (3-5 Atlantic 10) mark in 2019.

Velasquez was glad, because his two trips to George Mason made him feel like he had found a good fit. Velasquez took an official visit last August and gave the Patriots a verbal commitment on Oct. 7.

“They were the first big school to reach out to me,” said Velasquez, who will study engineering. “It was a comfortable feeling when I was there.”

The Patriots are retaining assistant coaches de Souza and Billy Chiles under new head coach Elmar Bolowich, who was hired in December and boasts an impressive track record. In 30 years coaching North Carolina and Creighton, Bolowich’s teams advanced to 21 NCAA tournaments. Bolowich won the 2001 national championship with North Carolina and has an overall record of 395-184-57.

“I’m excited to have him as a coach,” said Velasquez, who thinks he’d likely serve George Mason best as an outside midfielder. “It will definitely be good working for him.

Velasquez has been willing to take on any challenge throughout his career.

As a freshman, Velasquez (11 goals and 13 assists in his Milbrook career) earned second team All-Conference 21 West honors after recording six goals and three assists, and as a sophomore he was a second team Class 4 Northwestern District pick who had four goals and eight assists.

Velasquez missed half of his junior season because of surgery to repair a torn labrum in his hip, which occurred on Nov. 14 of last year. He wasn’t 100 percent when he did return, but helped Millbrook reach the district tournament championship game.

This year, Velasquez was looking to show what he could do after again getting banged up while playing for Loudoun soccer. He fractured his left foot in October, then fractured his right foot three weeks later. The injuries required surgeries on each foot (Velasquez staggered the surgeries), and after rehabbing Velasquez was cleared to return to the team a couple of days before what would have been the team’s season opener on March 19 against Liberty.

Of course, that game had already been postponed because of COVID-19, and on March 23 the entire spring season was canceled through the end of the academic year as a result of the state’s schools being closed by COVID-19 concerns.

Velasquez said he’s worked “twice as hard” in response to his injuries. Millbrook coach Keith Kilmer raved about Velasquez’s progress in an interview the week before Velasquez was cleared.

On Wednesday, Kilmer said the determination that Velasquez has demonstrated to get back on the field from his injuries is just part of why he’ll be playing at the Division I level.

“He’s extremely driven,” said Kilmer, who added that Velasquez also displays impressive dedication in the classroom. “He cannot stand not being part of it. [When he’s been injured] the entire game he would stand and he would help coach the entire time. He would analytically just pick the game apart and start saying, ‘Hey coach, ‘Have you seen this? Have you seen this?’ He is a true student of the game.

“He’s one of those kids who’s the complete package. He has the soccer IQ. He has the work ethic, which can’t be taught. He’s hyper-athletic. And he doesn’t want to be second to anyone in anything.”

Kilmer points out that Velasquez’s exceptional speed and endurance should benefit him in college.

“He’s very fast, and he can run that same speed the entire game,” Kilmer said. “A lot of guys tire out. They just can’t keep going the way he does. His motor, he’s either on or he’s off. There’s nothing in between. And his on is really on.”

Velasquez said he has a great appreciation for the time he’s spent with the Millbrook soccer team. Velas

“The whole experience has made me grow,” Velasquez said. “I started as a freshman and that helped me learn how to play with bigger guys, because I wasn’t all that big [5-8, 135]. I just kept growing as a player from there.

“Playing with my friends who I go to school with, it’s just a different experience [than club soccer]. I’ve made so many friendships and enjoyed the team bonding, the team dinners. [Playing for Millbrook], it’s something I always looked forward to. Throughout the whole school year, you’re always like, ‘I’m ready for spring to come.’ I’m going to miss it.”

Velasquez also wanted to thank Kilmer and Millbrook school trainer Bekah Rader for what they've done for him over the past four years.

"Coach Kilmer wasn't just a coach but a friend for all four years for me at Millbrook," Velasquez said. "Bekah helped me so much with my injuries and helping me keep a positive outlook on the future and getting me back to playing each time."