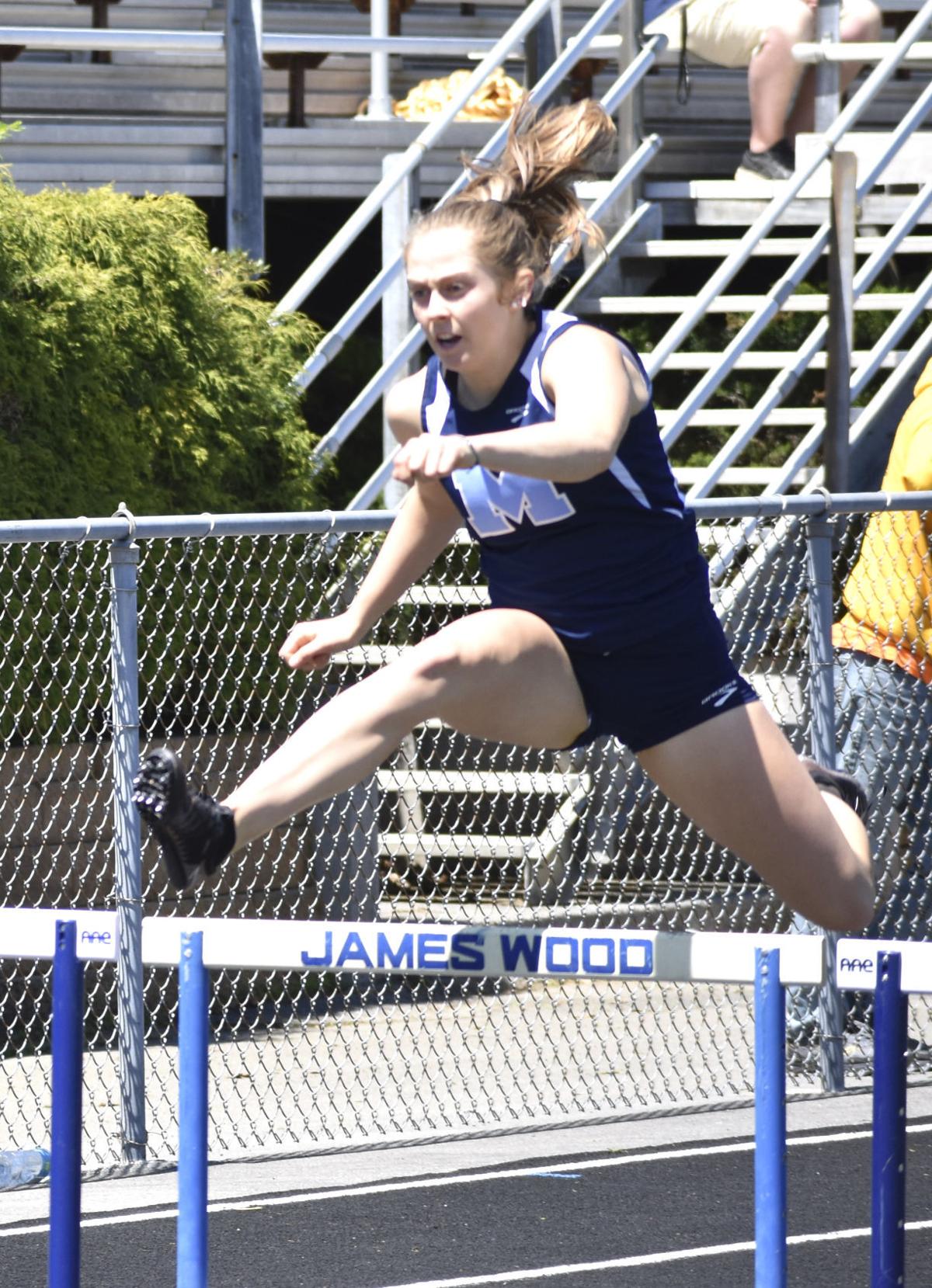 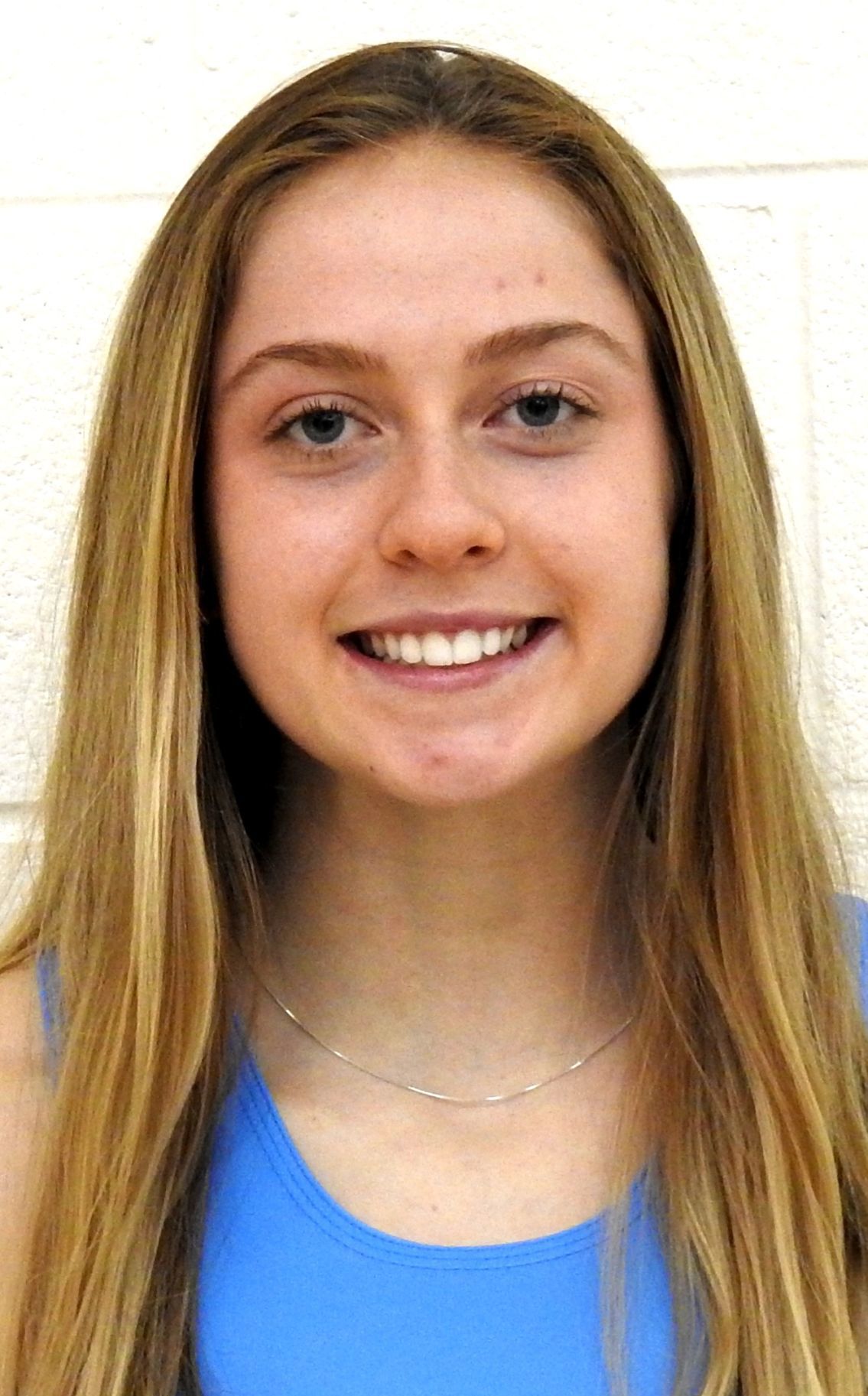 Sarah Purdy didn’t get to have the typical recruiting trip or signing experience that most seniors get.

She did get a day that she’ll never forget, however.

On Saturday, the Millbrook all-state senior track athlete signed a National Letter of Intent to compete for NCAA Division I Mount St. Mary’s University in Emmitsburg, Md., on a partial scholarship in unique fashion.

Purdy signed on the edge of the driveway at her house, which allowed a large number of people to congratulate her in person — just in spread-out fashion, of course, because of COVID-19.

Purdy’s mom Laurel and friend Maggie Heishman arranged to have friends drive by in their cars to show their support on Purdy’s signing day. In a phone interview on Monday, Purdy said about 40 people passed by. Purdy added another friend, Madison Bollinger, arranged for teachers Rob Haskiell and Ben Ratliff to come as well.

“I had no idea what was happening until I saw all these people driving through,” said Purdy, who was not able to take a recruiting trip to Mount St. Mary’s or have a signing ceremony at Millbrook because of COVID-19. “It was one of the best surprises I’ve ever had.”

What’s not surprising is that Purdy put herself in a position to earn a scholarship.

In last year’s outdoor season, Purdy had the area’s second-fastest times in the 100-meter hurdles (15.85) and 300 hurdles (47.48) behind only Handley graduate and Cincinnati freshman Taylor Beard. Purdy was a Winchester Star first team all-area selection.

Purdy didn’t get to show the full extent of what she can do in the outdoor postseason because of a freak injury suffered during warmups at the Class 4 Northwestern District meet, but she did during this year’s indoor postseason. Purdy earned all-state honors in the 55 hurdles with a personal-best time of 8.69 seconds at the Class 4 meet, an improvement from 9.12.

Purdy will compete in the 100-meter hurdles and 400 hurdles and may also run in the 4x400 for Mount St. Mary’s, which competes in the Northeast Conference. The Mountaineers — who also feature James Wood graduate and sophomore pentathlon athlete Rene Rosso — took second in the Northeast Conference indoor meet this year after placing sixth at last year’s conference outdoor championships.

Mount St. Mary’s contacted Purdy quickly after Purdy filled out a Mountaineer recruiting questionnaire in February. Mount St. Mary’s was hoping to have Purdy come to Emmitsburg in March prior to the campus being shut down, but Purdy felt good enough about the program through her frequent dialogue with the Mountaineers to make a verbal commitment in early April.

“He’s super supportive of me and what I want to do, not just athletically, but academically,” Purdy said.

Purdy said she wants to study environmental science and mathematics.

“It’s a school that’s really involved in the community around them,” Purdy said. “They have a lot of environmentally friendly outreach programs.”

Purdy said it means a great deal to know that the hard work she’s put in will give her another four years to improve.

She lost her senior season to COVID-19, and she lost the chance to compete at her best in the postseason last year. During Purdy’s hurdle warmups for the district meet at Culpeper, the bag that someone was carrying swung into her lane and hit Purdy’s lead leg, which caused her to fall at high speed. She suffered several bumps and bruises, including a severely sprained ankle.

Purdy didn’t compete in the 100 hurdles that day, though she did compete in the 300 hurdles later that day and in both hurdles events at the Region 4C meet in hopes of qualifying for the state meet. Purdy said she was only about 50 percent healthy for the region meet.

“I’m stoked to be able to prove what I wasn’t able to do last year and this year,” Purdy said. “I had so much momentum from indoor this year.

Purdy said the work that assistant coach Joe Hall put in with her this year is something she’ll remember.

“I would like to thank Coach Joe for all the effort and energy he’s put in,” Purdy said. “He was definitely a big part of me PR-ing. I wish I would have been able to compete with him this outdoor season. He’s one of the main reasons I got where I am today.”