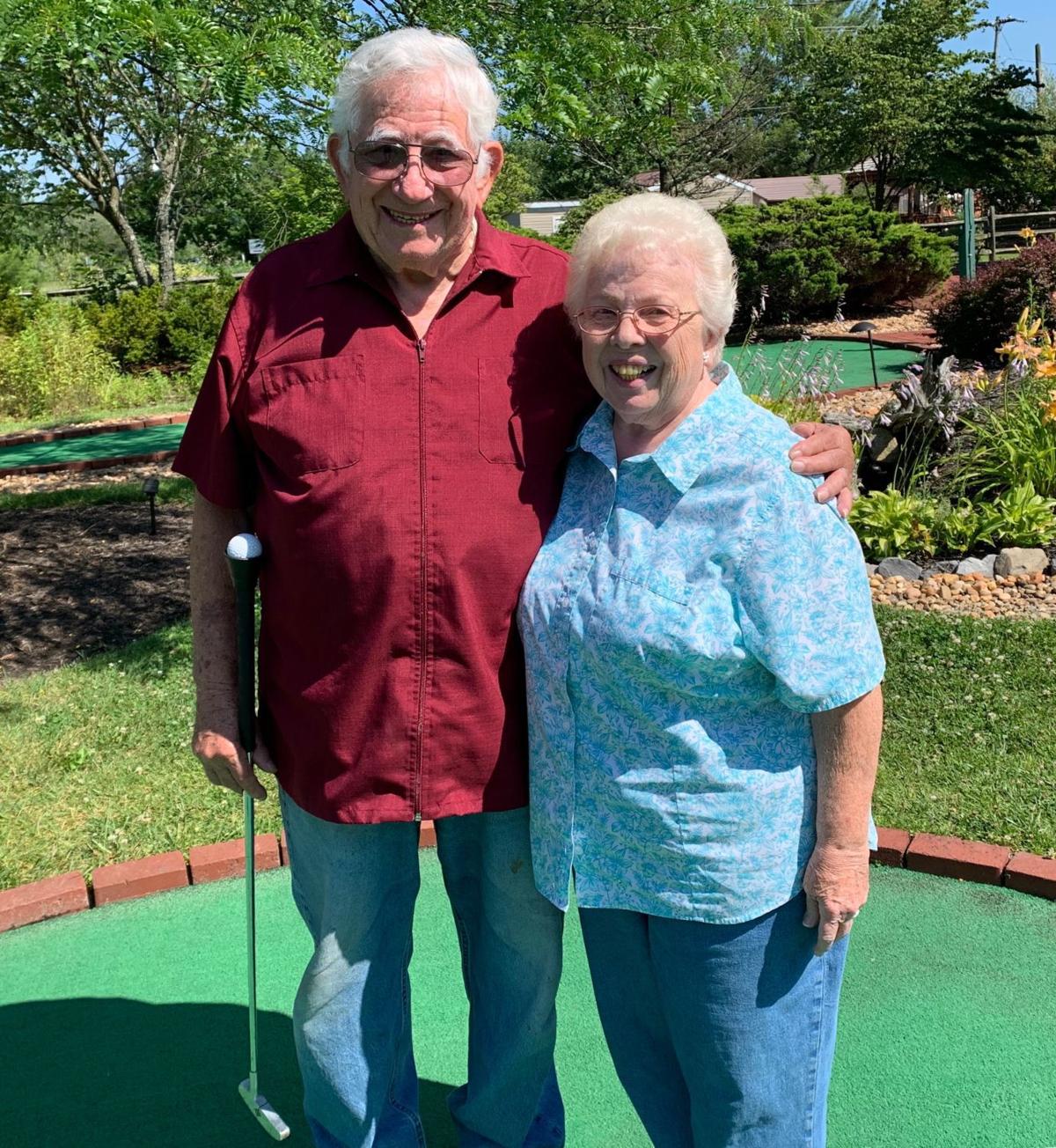 Wenzel and Glenda Dousa stand together on one of the greens at Shenandoah Miniature Golf in northwestern Frederick County, which they’ve owned and operated since 1999. 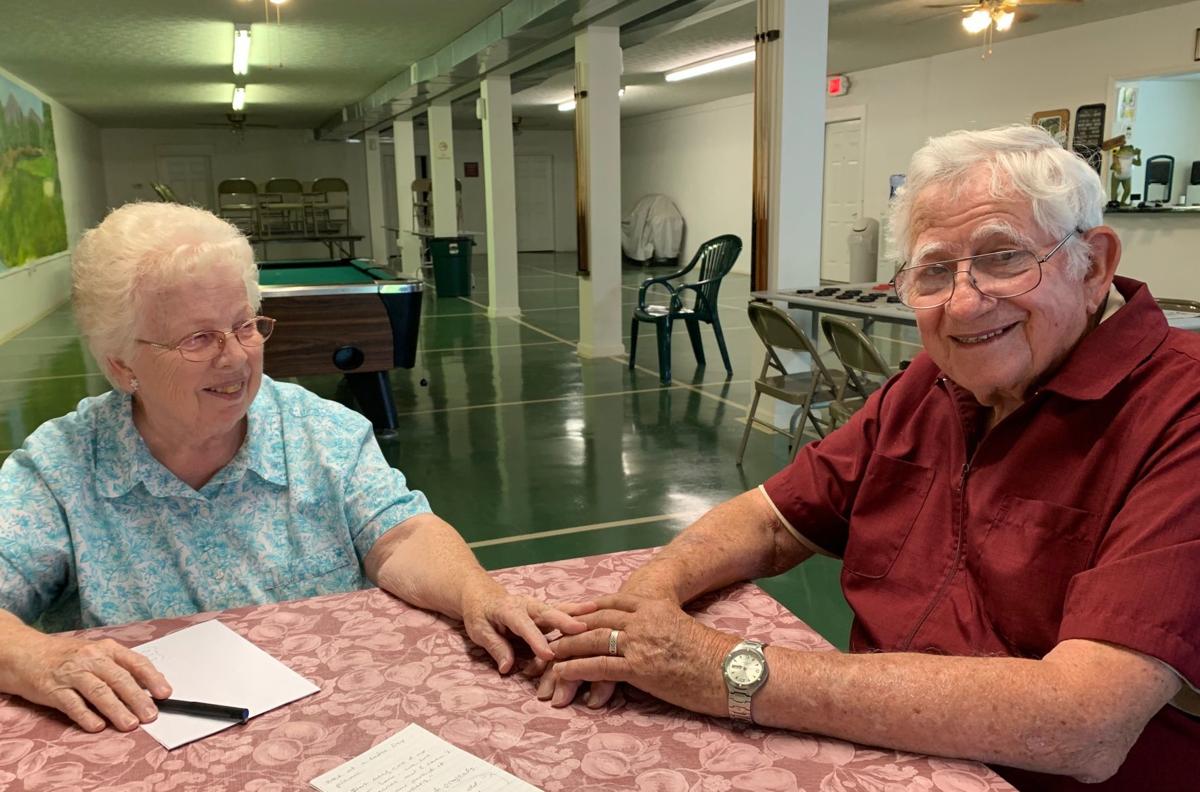 Glenda and Wenzel Dousa sit together in the party room of their business, Shenandoah Miniature Golf, which is closing July 28 after 21 years in business. 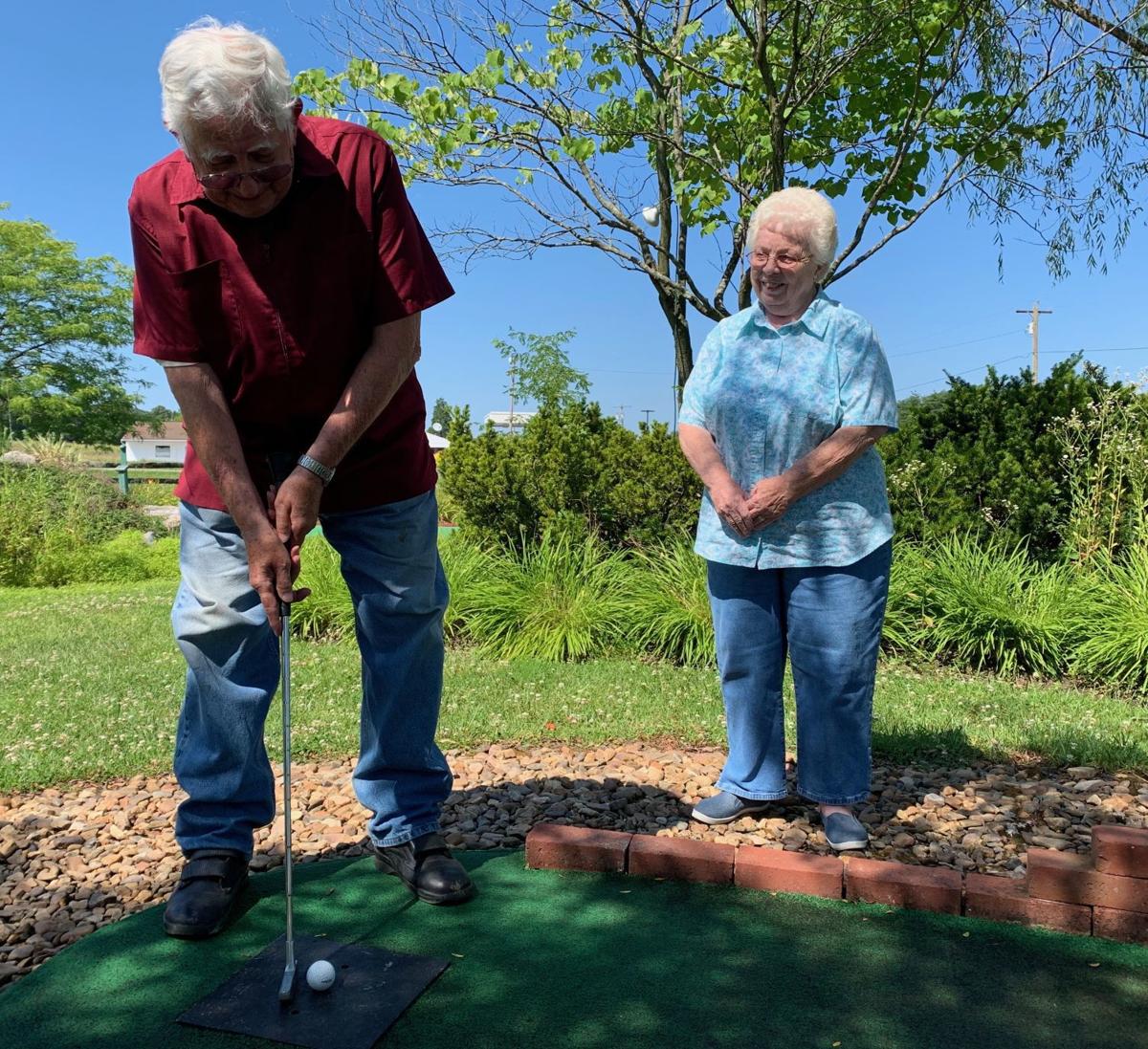 Wenzel Dousa tries for a hole-in-one on the 18th green at Shenandoah Miniature Golf as his wife Glenda watches. The couple is closing the business, which they’ve owned and operated since 1999, on July 28.

Wenzel and Glenda Dousa stand together on one of the greens at Shenandoah Miniature Golf in northwestern Frederick County, which they’ve owned and operated since 1999.

Glenda and Wenzel Dousa sit together in the party room of their business, Shenandoah Miniature Golf, which is closing July 28 after 21 years in business.

Wenzel Dousa tries for a hole-in-one on the 18th green at Shenandoah Miniature Golf as his wife Glenda watches. The couple is closing the business, which they’ve owned and operated since 1999, on July 28.

GAINESBORO — People who want to sink one last putt at Shenandoah Miniature Golf have until July 28, when the popular attraction in northwestern Frederick County will close after 21 years.

Wenzel and Glenda Dousa, who own the business, have decided to sell property and retire.

Over the years, the 18-hole course at 154 Gainesboro Road has been the site for countless birthday parties, anniversaries, and church and corporate events. It’s also played host to five weddings and a marriage proposal under a gazebo by the fish pond.

“I had one woman come here with tears in her eyes ’cause we’re closing,” Wenzel Dousa, 86, said.

Customers who first came to Shenandoah Miniature Golf as children now bring their own kids to play.

“They’re all grown,” he said about customers from the business’s early days.

Owning a miniature golf course was the couple’s second business venture. For decades, they owned and operated a print shop in Clarke, N.J. In 1988, they sold it and moved to Gore in rural Frederick County, with Wenzel Dousa making good on a promise he made to his future wife shortly after they met in the mid-1960s: “Marry me and I’ll take you back to the country.”

The Dousas became familiar with the Frederick County area while stopping on trips to visit family in Georgia over the years.

Virginia, they both agreed, is where they would retire.

But the Dousas wanted another business to occupy their time and keep them from having to pay hefty taxes on the proceeds from selling the print shop.

“We had 48 days to reinvest our money,” Glenda Dousa said, recalling they had a Realtor scouring the region for land they could purchase.

They knew they wanted to operate a miniature golf course, similar to one Glenda’s cousin designed and built for a hotel in Pennsylvania — a natural course without gimmicks.

They eventually decided on a three-acre spot at 154 Gainesboro Road, which wasn’t even for sale at the time. But, by 1999, they were renovating a 7,000-square-foot building and laying out the course, where customers would putt brightly colored golf balls on meticulously manicured greens.

The venture operated under the name M&P Enterprises, which was a request from their grandson, who suggested the name Meemaw and Peepaw Enterprises.

Wenzel, who is mostly deaf from his years of service in the Navy during the Korean War, speaks with a New Jersey accent and relies on Glenda to relay to him what others are saying.

“Our house is just for sleeping,” he said with a laugh about their home that’s a few miles away.

The Dousas operated the course seasonally, from April to October. Many nights, they’re there until midnight.

But the long days have become too much, they said, adding that they can’t reach the flower beds to tend them the way they want to.

They plan to sell the property to Arthur Nelson Sisk, owner of Art Sisk Tree and Landscaping at 140 Gainesboro Road next door, so Sisk can expand his business.

When Shenandoah Miniature Golf closes in two weeks, Glenda Dousa will also retire from her job at Home Instead Senior Care in Winchester, where she helps with home care for senior citizens.

“I can’t wait,” she said about spending more time at their 15-acre home in Gore, where she and her husband have a long list of projects awaiting them. “We’re going to enjoy our beautiful home.”

“We’re probably going to see our children a lot more,” she said.

“Will we?” Wenzel Dousa wisecracked.

“You sure about that?” Wenzel asked.

The Dousas met at a Labor Day picnic near the Jersey shore in typical New Jersey fashion.

“Her aunt was my sister’s husband’s mother,” Wenzel Dousa said. “I’ll let you figure that one out.”

I wish them the best of luck in their retirement. Thank you for bringing so much joy to our area.