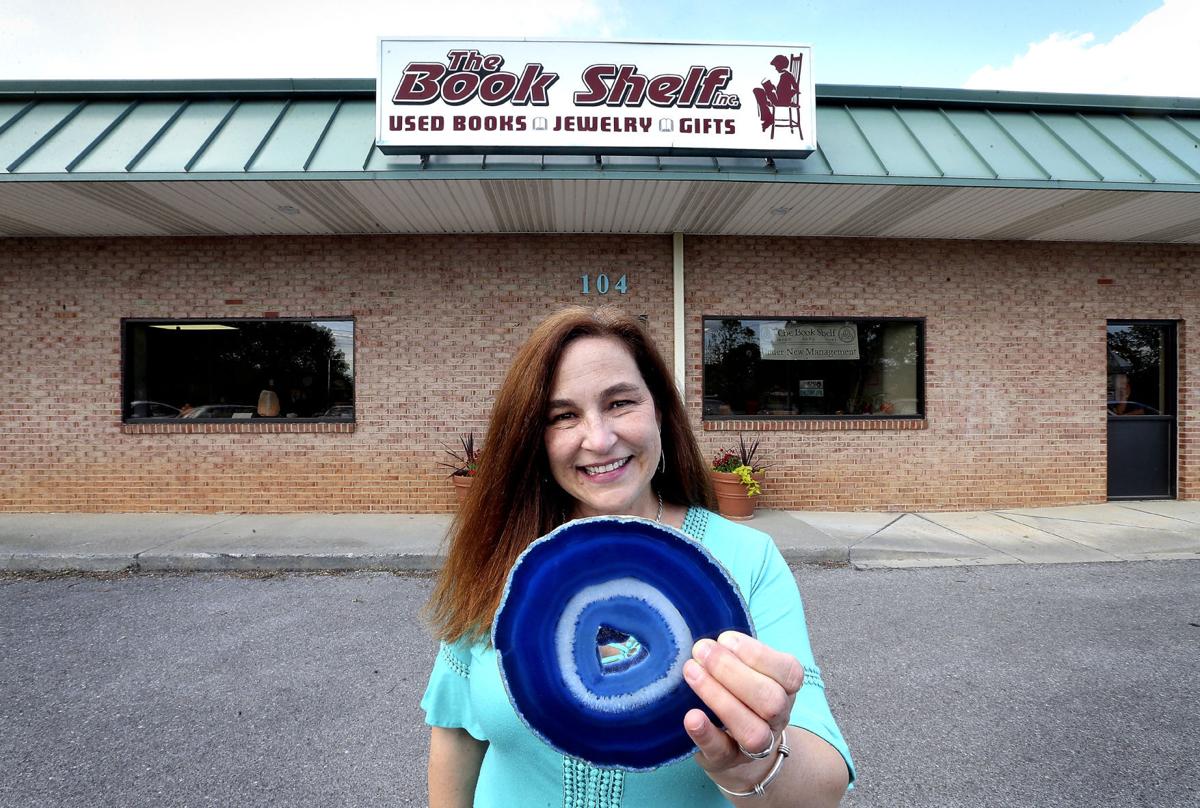 Heather Cammer is the new owner of The Book Shelf at 106 Featherbed Lane in Winchester. She is shown holding a geode, one of many minerals she sells for meditation, comfort and healing. 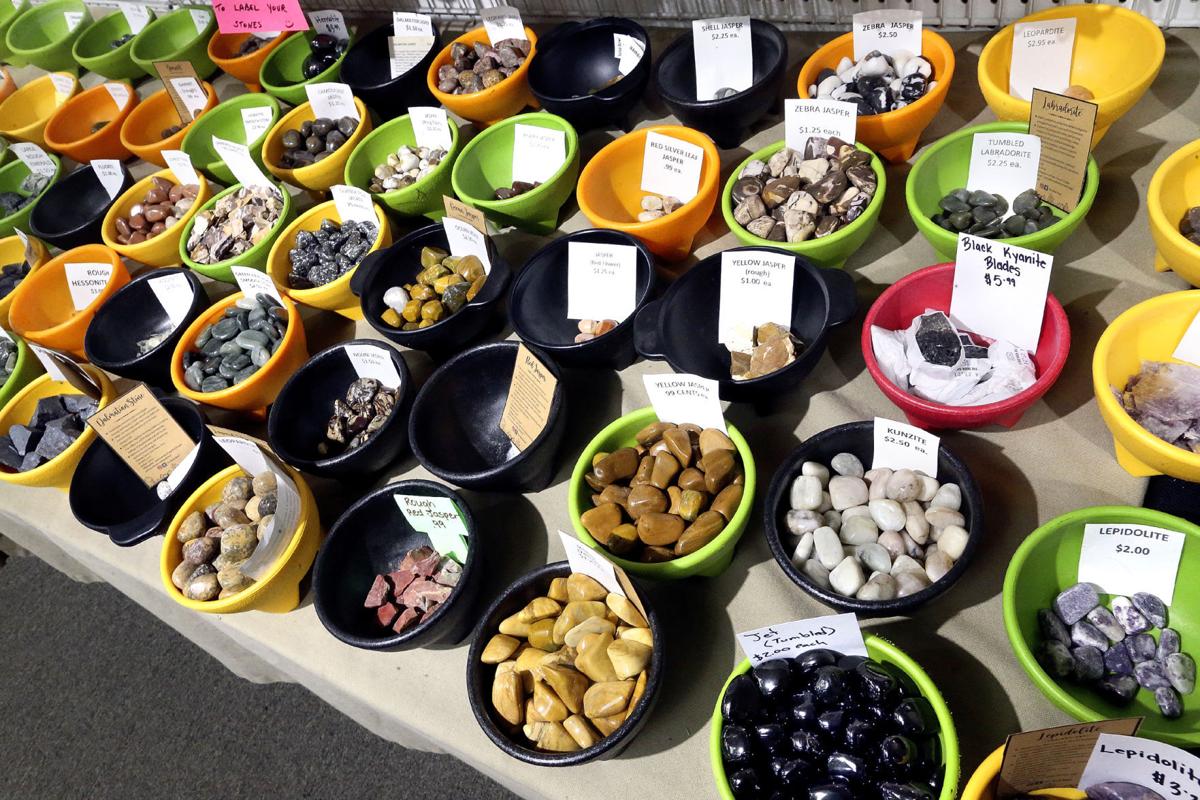 Polished and rough stones for meditation, comfort, and healing are for sale at The Book Shelf at 106 Featherbed Lane. 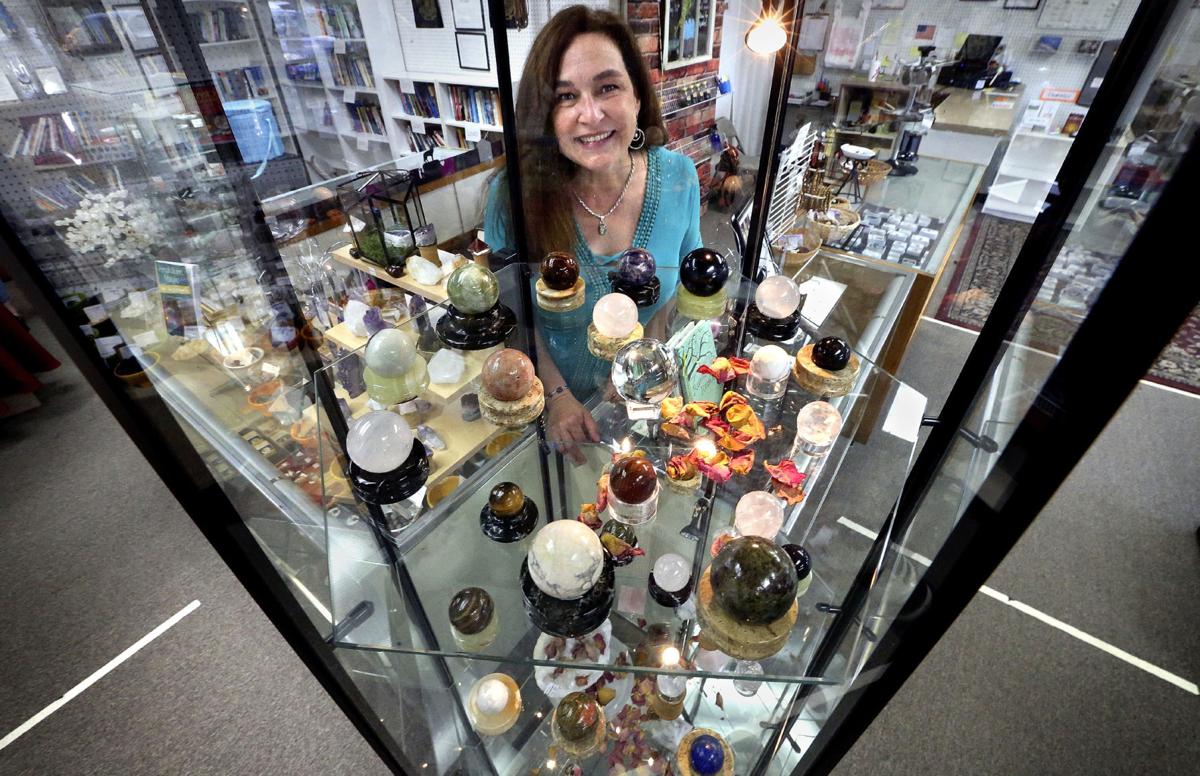 Heather Cammer is the new owner of The Book Shelf at 106 Featherbed Lane in Winchester. In addition to used books, the shop sells polished and rough stones for meditation, comfort and healing.

Heather Cammer is the new owner of The Book Shelf at 106 Featherbed Lane in Winchester. She is shown holding a geode, one of many minerals she sells for meditation, comfort and healing.

Polished and rough stones for meditation, comfort, and healing are for sale at The Book Shelf at 106 Featherbed Lane.

Heather Cammer is the new owner of The Book Shelf at 106 Featherbed Lane in Winchester. In addition to used books, the shop sells polished and rough stones for meditation, comfort and healing.

WINCHESTER — Those looking to cleanse their chakra or surround themselves with good energy will continue to have a place to find items to do so as The Book Shelf continues under new ownership.

Heather Cammer, a longtime Winchester resident, purchased the shop at 106 Featherbed Lane in March from previous owner Ralph Grady, who sold the store as his health began to decline. He passed away in mid-April.

“People think because he passed away that the place is shutting down, but it’s not,” she said. “People think we’re just getting rid of everything, but we’re asking people to be patient for us while we work on restocking.”

Half of the shop sells used books of all kinds while the other side specializes in metaphysical stones and crystals, among other items such as different types of oils and herbs, body care products, tarot and oracle cards, bumper sticks, some T-shirts, and trinkets with different origins,

Cammer said the stones have been the best seller since she’s taken over the shop.

The stones and crystals have different metaphysical and meditative purposes. Some believe there are stones that also have healing powers.

“Some people use them to meditate, some people just feel like they have an energy that they want to be around,” Cammer said.

Knowing your way around the different types and classifications of the stones and crystals could be a full-time job in its own right. Having been a longtime customer while leaning on the knowledge of Denise Andrews — who has been an employee with the shop since it opened back in the 1980s — has helped Cammer prove to customers that she knows her stuff.

“There’s a lot of places that’ll sell fake things,” Cammer said. “So, customers knowing that they’re safe and knowing that we have their backs on that, that we’re checking those things out before we buy them is key.”

Checking for authenticity depends on the type of stones. Some you can burn and they will have a distinct smell if they’re real. Others have certain metals in them that will light a light bulb when paired with a 9-volt battery. Some of these tests can be done inside the store, too.

“If you’re dealing with people who sell rocks for so long, you’ll hear what you need to look out for,” Andrews said. “You can tell pretty quickly if they’re fake when you know what you’re looking for.”

On the shop’s Facebook page (found at https://www.facebook.com/people/The-Book-Shelf/100057496388051/), customers can find out information on certain types of rocks week to week.

Cammer, who is a teacher at Indian Hollow Elementary School, said she has been a customer of the shop since the 1980s, back when it just sold books. After she became a teacher, she frequented the store to fill up her classroom library, she said.

When Grady took over the store in the 1990s, Cammer said he began to sell candles and incense in addition to the books.

“Ralph worked really hard to make sure they had high-end incense and things like that,” she said. “Our products come from specific vendors all over the world.”

Cammer said she decided to buy the store to ensure the community continued to have a place to find metaphysical and meditative items.

“It’s awesome,” she said of being able to continue the store’s legacy. “It feels like home.”

The Book Shelf is open noon to 6 p.m. Monday through Friday and noon to 5 p.m. Saturdays. It’s closed on Sundays.

The Best news this week! Thank you, Heather!! 🙏

I am so glad The BOOKSHELF will continue. It is a very unique and special shop...not to be missed! Here is wishing the new owner the very best.