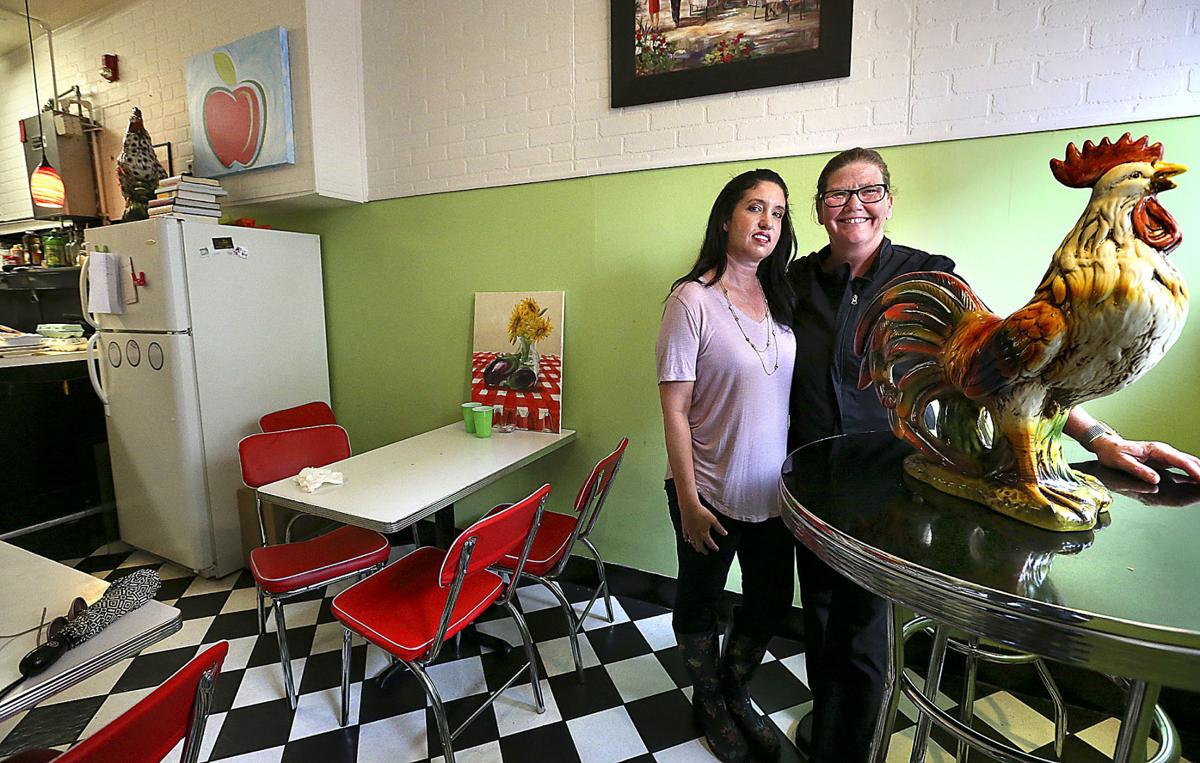 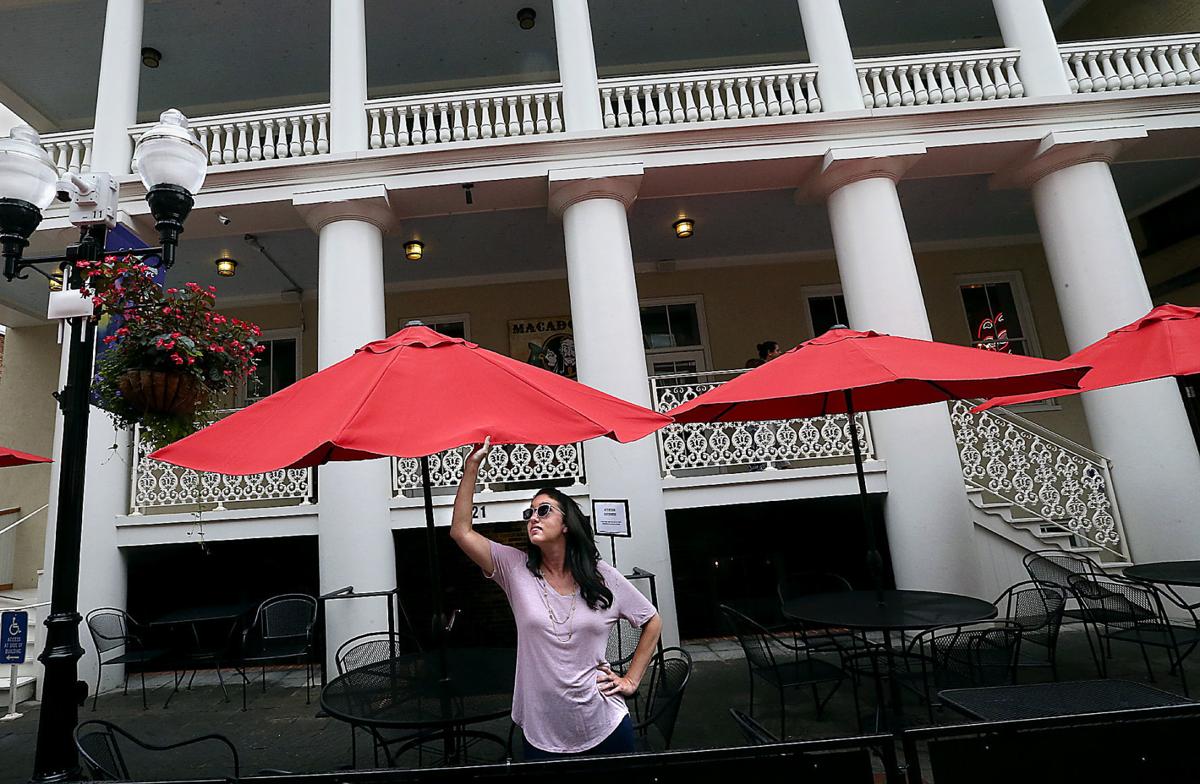 Misty Weaver is the owner of Taste Winchester History Food Tours. She is shown in front of the Taylor Hotel, one of the historical stops on her tour.

Misty Weaver is the owner of Taste Winchester History Food Tours. She is shown in front of the Taylor Hotel, one of the historical stops on her tour.

Beginning at the south end of Loudoun Street Mall, walkers work their way from restaurant to restaurant. At each, there is a nibble or two to try, and between stops Weaver — or her husband, Anthony Morelli, who also leads groups — offers a narrative quirkier than the typical history tour, she said.

For example, pointing out the building at the southeast corner of the walking mall and Boscawen Street, Weaver explains it was originally known as Holliday House. The grandson of the builder, Frederick W.M. Holliday, lost an arm in at the Civil War, was the commonwealth’s attorney for Frederick County from 1861 to1865, and later became the governor of Virginia.

Calling herself the tour’s Chief Eating Officer, Weaver ( a Realtor and member of the Old Town Winchester Business Association) said she came up with the idea of the tour to provide “what’s missing” for both locals and visitors to the city.

After beginning with a tapas plate at the Hideaway Café, walkers may proceed to The Fellowship of the Sip, a teahouse that offers vegetarian and vegan food, “stuff that people with love once they’ve tried it,” Weaver said.

Paleo-friendly and Ketogenic-observant cuisine is offered at Fresco Kitchen.

Then, more conventionally, a bit of the pizza of the day is the fare at Benny Meleto’s, and the nearly three-hour tour concludes with a dessert of donuts from Moe’s Donuts, served with coffee at Espresso Café.

Each food stop takes about 25 minutes, with 15-minute breaks in between to walk and observe historical sites, Weaver said. It’s easy walking, accessible to everyone, with only one street to cross, she said.

“That’s a good time for restaurants,” Weaver said. “Then, they’re not as busy. And we try to get the chefs to come out to introduce their food.”

Additionally, a beer-based tour is offered that involves tastes from Winchester Brew Works and Broken Window Brewing. Tours may be booked through the website, tastewinchesterhistory.com. The food tours are $55 per person and the Hops and History tour is $65.

The biggest challenge so far has been conceiving the script and fine-tuning the timing, Weaver said. “We’ve been getting to the restaurants within a minute of when we said we would,” she said.

Weaver confesses that she came to appreciate cuisine only in adulthood. “I married into an Italian family and they introduced me to everything,” she said.

“I didn’t even know spices existed,” Weaver said. “And I didn’t like vegetables growing up. Everything was boiled.”

Weaver said she hopes that diners find new favorite restaurants to revisit after the tour. “We all get in our ruts,” she said. “This is a great way to learn the area and sample things.”

they have lots of businesses
https://en.wikipedia.org/wiki/The_Psycho_Ex-Wife