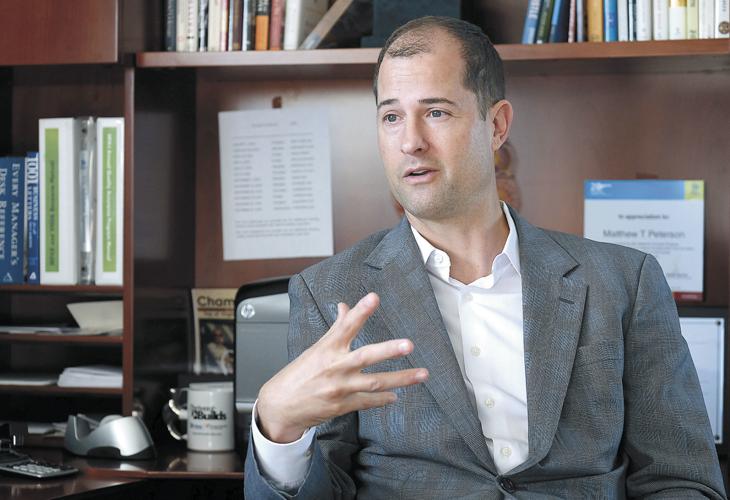 Blue Ridge Habitat for Humanity Executive Director Matt Peterson is leaving the organization for a new job at an educational foundation. 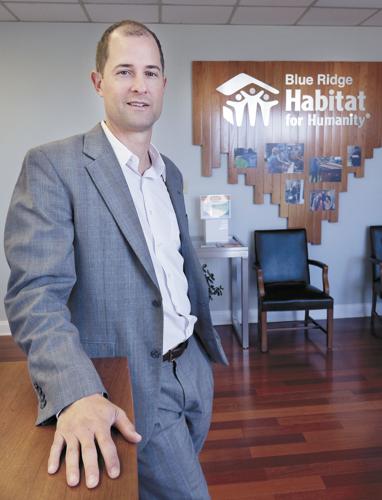 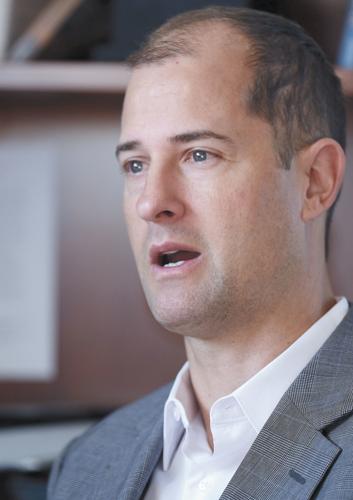 Blue Ridge Habitat for Humanity Executive Director Matt Peterson is leaving the organization for a new job at an educational foundation.

WINCHESTER — Matt Peterson is stepping down as executive director of Blue Ridge Habitat for Humanity.

“It’s been a blast,” Peterson said on Monday, “but at the same time, I’m looking to do something different and grow.”

Peterson has accepted an offer to serve as executive director of the John and Janice Wyatt Foundation, a new organization established to help high-risk children and youths in kindergarten through 12th grade who are having difficulty succeeding in traditional educational settings.

“Ultimately, the goal is to give more kids the opportunity to become productive citizens in today’s society, which is important to me,” said Peterson, who hopes to grow the upstart foundation’s coffers to $15 million or more.

The foundation will focus on school systems that have personal importance to the Wyatts — Fairfax County and their home county of Dorchester County, Md. — but Peterson will oversee the organization’s efforts from Winchester. Since he is staying in Winchester, the Wyatts have agreed to add Winchester Public Schools to the foundation’s list of supported systems.

Peterson said he hopes to use his existing connections to work with Winchester’s school system and nonprofit groups, “hopefully to bring them together with the idea of finding what the challenges are and applying resources to help improve some of the outcomes.”

Ryan Hall, marketing coordinator for Blue Ridge Habitat, said the foundation is a natural next step for Peterson.

“Matt has always had a focus on the educational aspects he’s going to be touching on in his new role,” Hall said. “He really revamped our partnership with all of the CTE [Career and Technical Education] programs throughout our service area.”

Peterson, 47, starts his new job with the John and Janice Wyatt Foundation on Dec. 2. From now until the end of November, his focus will be on setting up a smooth leadership transition at Blue Ridge Habitat for Humanity.

“I wanted to be here with Habitat as long as possible, while recognizing at the same time that the foundation is ready to get started,” he said.

Blue Ridge Habitat for Humanity was founded in 1997 to create safe, affordable housing for people with low incomes in Winchester, Frederick County and Clarke County. Last year, the nonprofit expanded into Shenandoah County.

To date, Blue Ridge Habitat has built or renovated 78 homes for working-class families and individuals who otherwise would not have been able to afford a mortgage.

“It’s grown exponentially under Matt,” Blue Ridge Habitat Board of Directors President Chuck James said of Peterson, who was hired in 2016. “He put the structure in place and had the vision and tons of work ethic. I can’t speak highly enough about him.”

One of Peterson’s priorities when he came to Blue Ridge Habitat was to unify its multi-faceted operations — building and renovating houses, issuing mortgages, selling donated goods, managing rental properties and more. The most notable example of this integration occurred in 2017 when the nonprofit and its 24,000-square-foot retail operation, ReStore, merged into a single location at 400 Battaile Drive.

“That, to me, has been a really exciting evolution in Habitat,” he said. “We now have one organization working really well together.”

Peterson said he is also proud of the 20-person staff he assembled at Habitat, as well as the people who have stepped up to serve on the organization’s board.

“We’ve got all kinds of tremendous talent,” he said. “They’ve all come together and really made this successful.”

With Peterson prepping for a new career, Blue Ridge Habitat’s board is now tasked with finding his replacement.

“This is a big job,” said James, who will fill in as executive director until Peterson’s successor is hired.

Blue Ridge Habitat for Humanity is launching a nationwide search for a new executive director, a process that James anticipates taking at least four months. Anyone interested in applying for the job can send a resume to resume@blueridgehabitat.org.

Peterson is eager to launch the new John and Janice Wyatt Foundation, but admits that leaving Blue Ridge Habitat is difficult.

“I love it here,” he said. “I’ll always have a fond heart for Habitat ... and I’ll always be an advocate for this organization.”