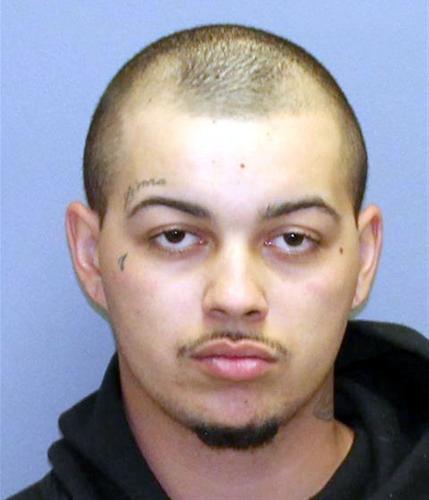 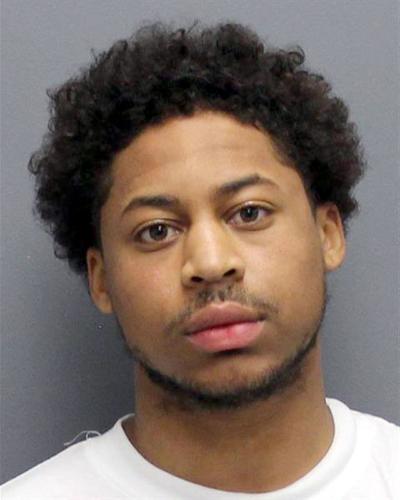 WINCHESTER — Two men are in custody after they allegedly carjacked a woman at gunpoint early Tuesday morning in Frederick County.

The Frederick County Sheriff’s Office received a 911 call at 3:40 a.m. from a Stephens City woman who said her 2006 Nissan Maxima had just been stolen by two men at the end of the off-ramp of Va. 37 north at Valley Pike (U.S. 11), according to a Sheriff’s Office news release.

The woman, who wasn’t injured, told dispatchers that a Black man with a gun and another man forced her out of her vehicle. She said the men had gotten out of another vehicle and left it there after fleeing north in her car.

Deputy J.T. Fauver spotted the stolen Nissan a short time later and tried to stop it in the area of Va. 37 and Northwestern Pike (U.S. 50.). The driver of the vehicle refused to stop and a pursuit was initiated, with speeds reaching 118 mph and items being thrown out of the Nissan, according to police. Near the interchange of Va. 37 and Interstate 81 in Kernstown, Deputy D.L. Cullers successfully deployed spike strips on the Nissan, with the pursuit continuing to the south end of Va. 37, then west on Tasker Road and north on Hillandale Drive before the pavement ended. The Nissan then went into a wooded area and crashed down a 30-foot embankment, with the suspects fleeing on foot.

With help from state police, the Winchester Police Department and a police helicopter from Fairfax, Deputy J.W. Suire and K-9 Majlo began tracking the suspects.

One of the men, Isaiah Houston, 24, of Daleville, who had been a passenger in the stolen Nissan, was located at the intersection of Valley Pike and Shawnee Drive by Sgt. J.K. Pyles. The driver, Desmon Wheeler, 24, of Belspring, came out of the woods and surrendered without incident as the helicopter circled the area east of I-81 and along Papermill Road.

According to police, a firearm was found in the stolen Nissan, and a fanny pack that was thrown from the vehicle during the pursuit was located with a firearm inside.

The 2003 Honda abandoned by the men at the off-ramp was reported stolen out of Roanoke.

Wheeler and Houston are being held at the Northwestern Regional Adult Detention Center in Frederick County. They are facing charges of carjacking, felony eluding, possession of a firearm in commission of a felony and possession of stolen property.

To bad a wall isn't truly present due to the leftists I feel bad campaign. It's like fuel. We could get gas for 1 dollar a gallon if we weren't concerned about a bird or fish being hurt. Wow people that vote for leftists must really be brain dead

Great job by law enforcement!! Now if only the the courts would do just as great of a job and put these animals away for a very very long time. Unfortunately judges and prosecutors don't give a poo about public safety and all too often give these piles of manure a slap on the wrist.

Great job by all I would say. These two appear to be dangerous characters. It's very lucky no one was shot. Again great job to law enforcement

Terrible crime, great police work and cooperation between agencies. Every single day that goes by, and every time a sheriff's car passes by I am. thankful to the men nd women that protect, enforce, and serve Frederick County. Thank you!