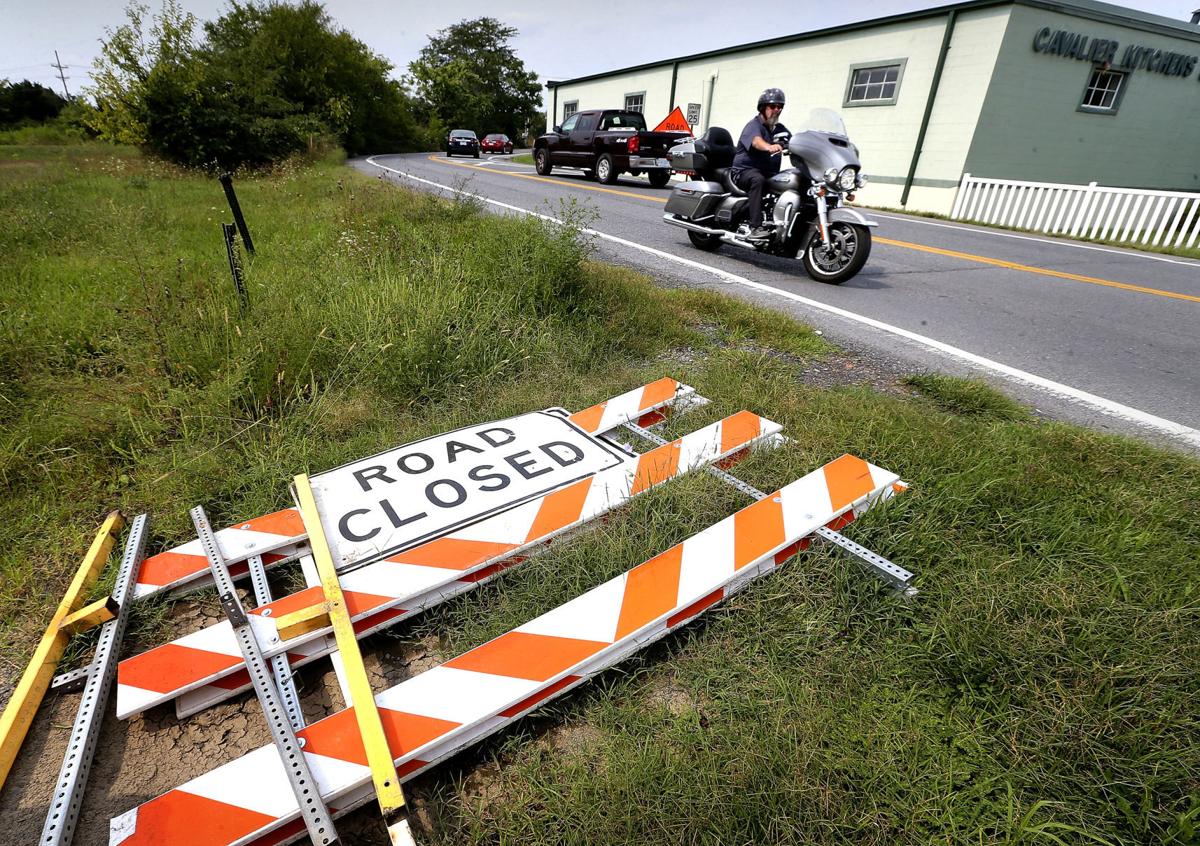 A “road closed” sign lies in the grass awaiting placement on Tevis Street at Papermill Road Monday, where a portion of the street is closing permanently today due to the Hope Drive extension project. 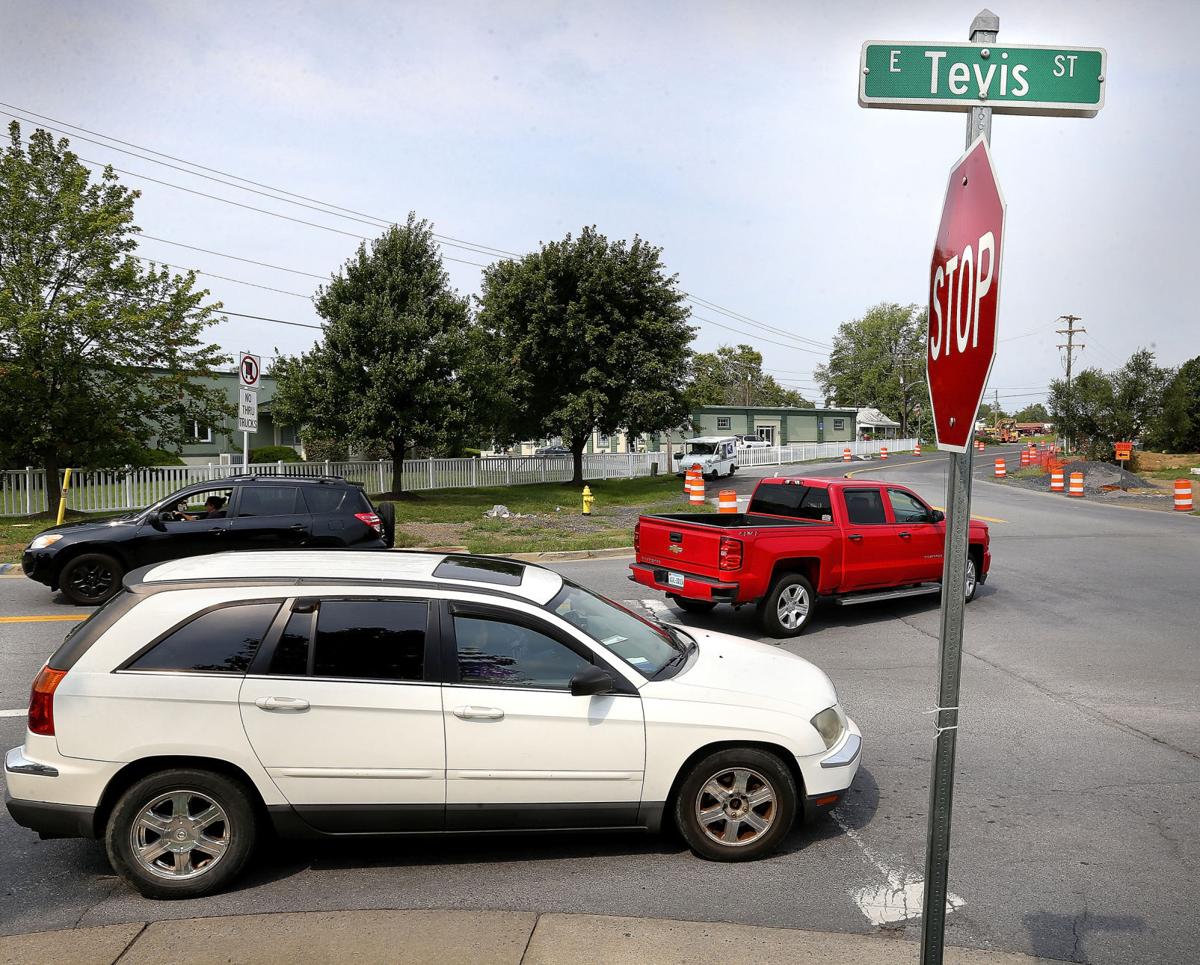 A portion of Tevis Street in Winchester, including this intersection with Papermill Road, will be closed permanently to traffic today as part of the Hope Drive realignment project. 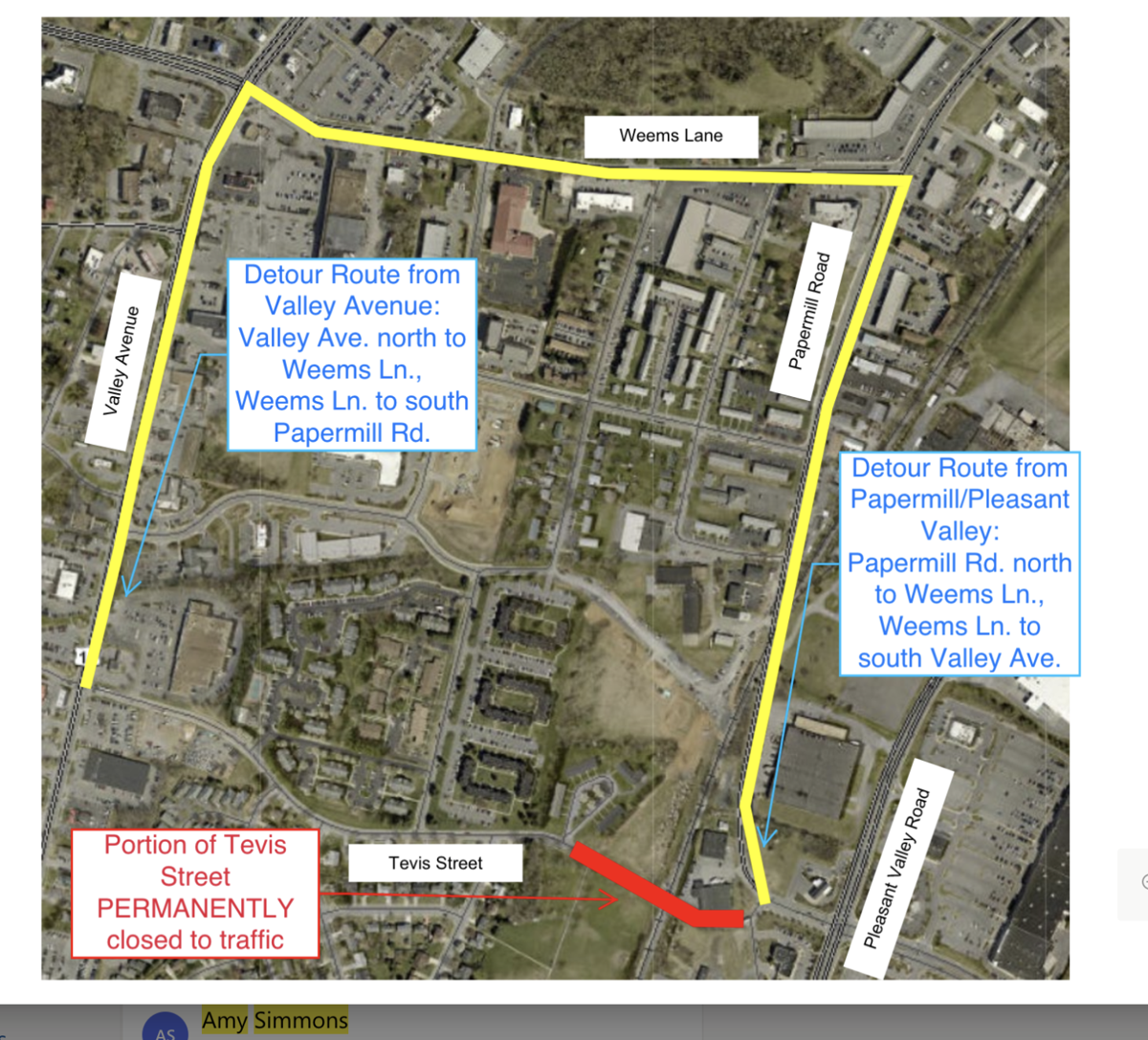 A “road closed” sign lies in the grass awaiting placement on Tevis Street at Papermill Road Monday, where a portion of the street is closing permanently today due to the Hope Drive extension project.

A portion of Tevis Street in Winchester, including this intersection with Papermill Road, will be closed permanently to traffic today as part of the Hope Drive realignment project.

WINCHESTER — A decision made by City Council five years ago comes to fruition today as a portion of Tevis Street in Winchester is permanently closed to through traffic.

The approximately 800-foot-long portion of Tevis between the Bradford Court Apartments complex at Bradford Court and the access road next to Panera Bread restaurant at 2605 S. Pleasant Valley Road is being converted into a cul-de-sac. Effective today, Tevis can no longer be used by drivers who want to go from Valley Avenue in southern Winchester to the city’s primary retail corridor on South Pleasant Valley Road.

According to information released by the city, drivers who want to go from Valley Avenue to South Pleasant Valley Road (or vice versa) will now have to detour via Weems Lane and Papermill Road, which will add about another mile to their trips.

The Hope Drive project will also remove the existing CSX Railroad crossings on Papermill Road and Tevis Street and construct a new crossing on the extended Hope Drive. According to Winchester Communications Director Amy Simmons, the new portion of Hope Drive is not yet open to traffic as CSX has not completed the installation of its new crossing.

Additionally, the Hope Drive project will include the construction of a stormwater management pond along South Pleasant Valley Road and the replacement of water and sewer mains where necessary.

City officials have said some of the Hope Drive work is tied to a separate $8.9 million project that is currently underway along Valley Avenue. Components of the Valley Avenue improvements include:

The construction of sidewalks, curbs and gutters where none exist, which will complete efforts to build sidewalks along the entire portion of Valley Avenue between Middle Road and the southern border of Winchester.

The addition and/or improvement of stormwater drainage where needed, especially near Valley Avenue’s intersection with Tevis Street.

The replacement of water and sewer mains where necessary.

Both projects are scheduled to be completed by summer 2022, weather permitting. During that time, drivers can expect traffic delays and lane closures, but access to all businesses in the work zones will be maintained and at least one lane of traffic in each direction on Valley Avenue will always be open.

When finished, the extended Hope Drive will provide access to the recently opened Crossover Boulevard off of South Pleasant Valley Road, which in turn connects to a new overpass spanning Interstate 81 near the Winchester Station shopping center and continues into Frederick County.

Winchester’s portion of Crossover Boulevard was completed in January 2019 for $1.9 million. Frederick County’s $22.3 million portion involved the construction of the bridge and connecting the road to Front Royal Pike (U.S. 522) and was finished on Friday.

What makes them a death trap is bad drivers, which we have plenty of here.

Another decision made by your Local Government as always to make things inconvenient for you. Will have bottle neck at next intersection.

The Tevis intersection at Papermill Road was a deathtrap. This will make the area safer.

either run for office or shut up.

They did this to make it safer for motorists