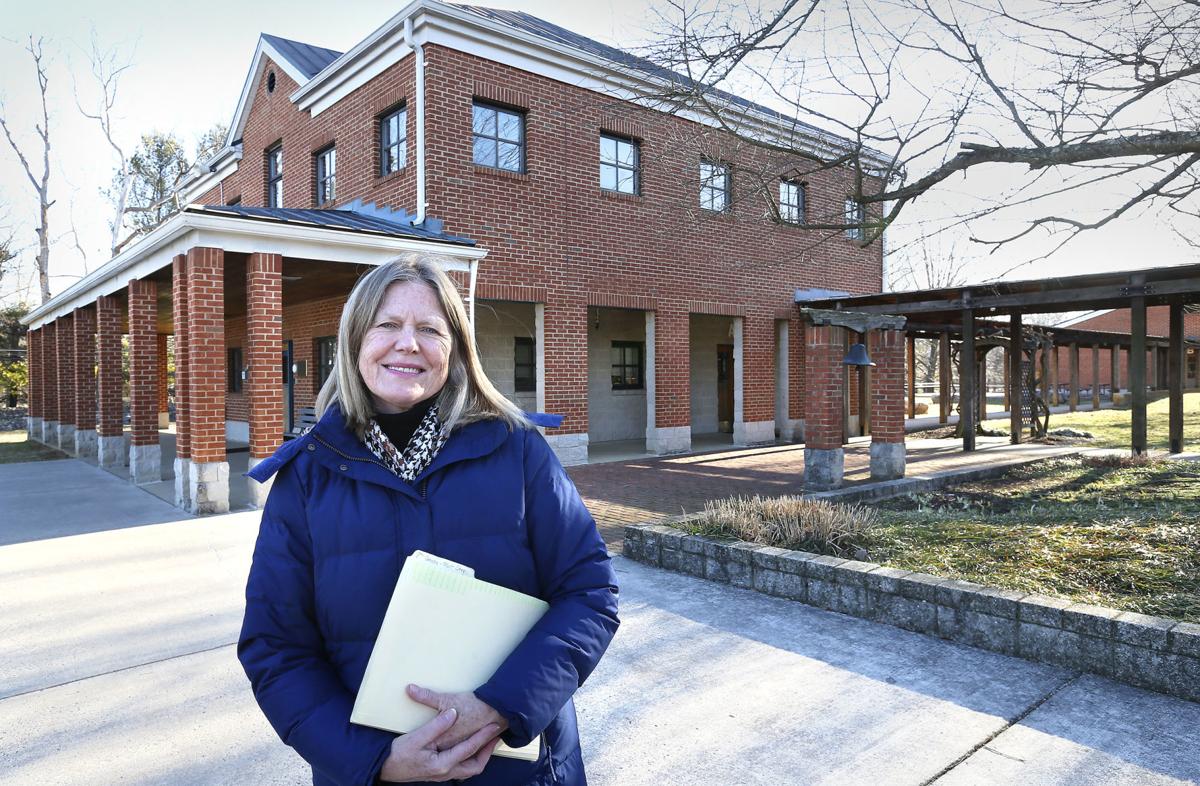 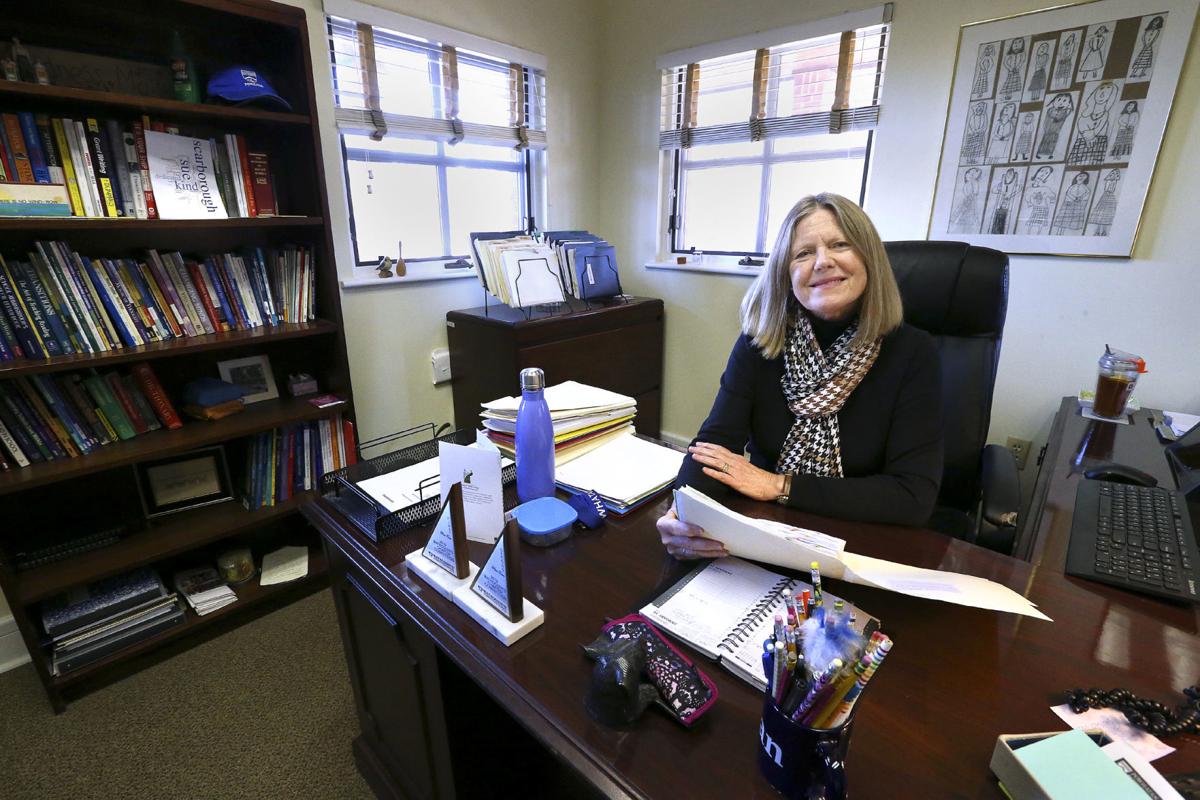 Sue Scarborough began her career in independent schooling in 1978 as a kindergarten assistant at Winchester Thurston School in Pittsburgh. She also worked at Buckingham, Browne and Nichols School in Cambridge, Massachusetts, before coming to Powhatan in 2011. 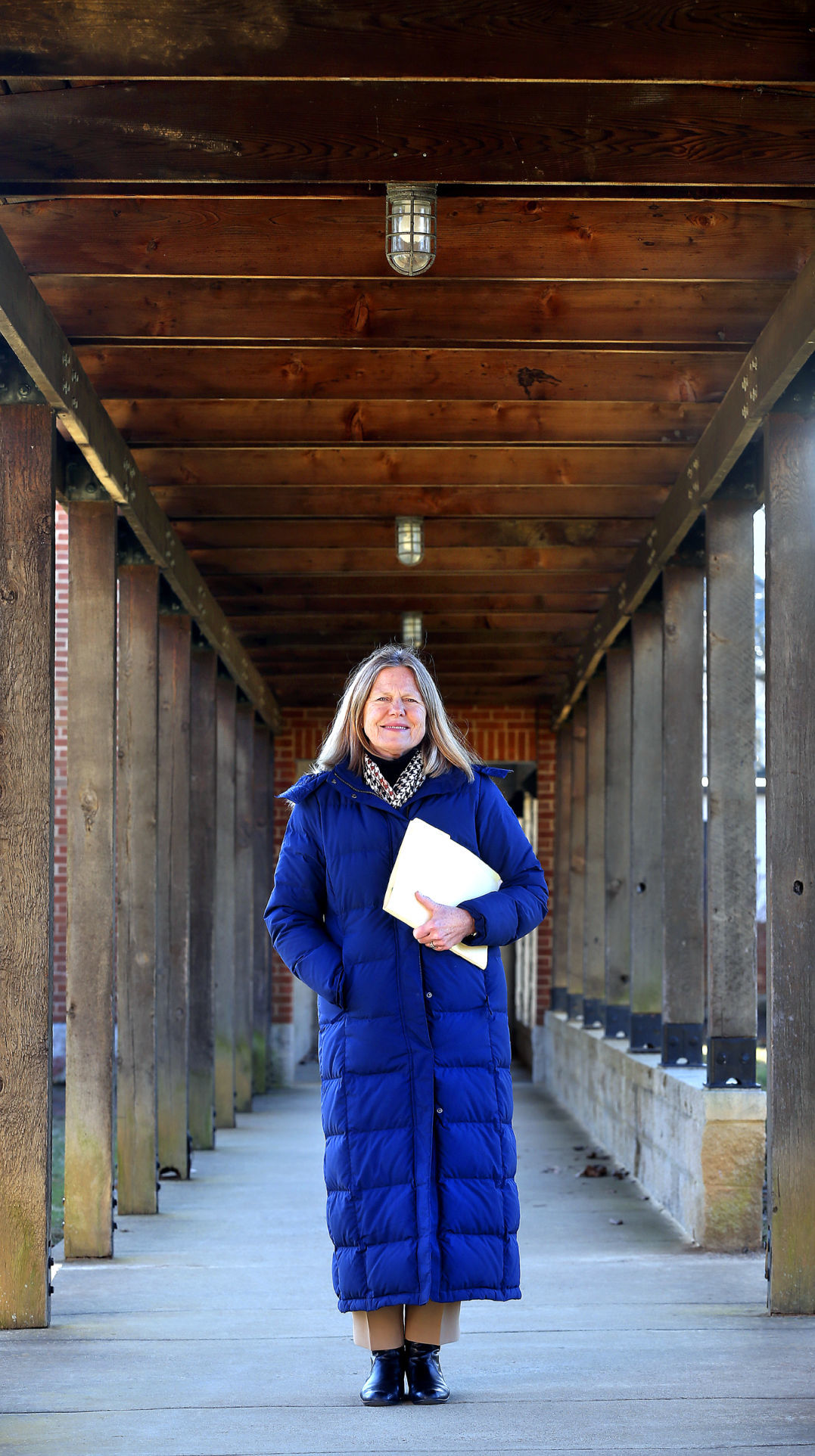 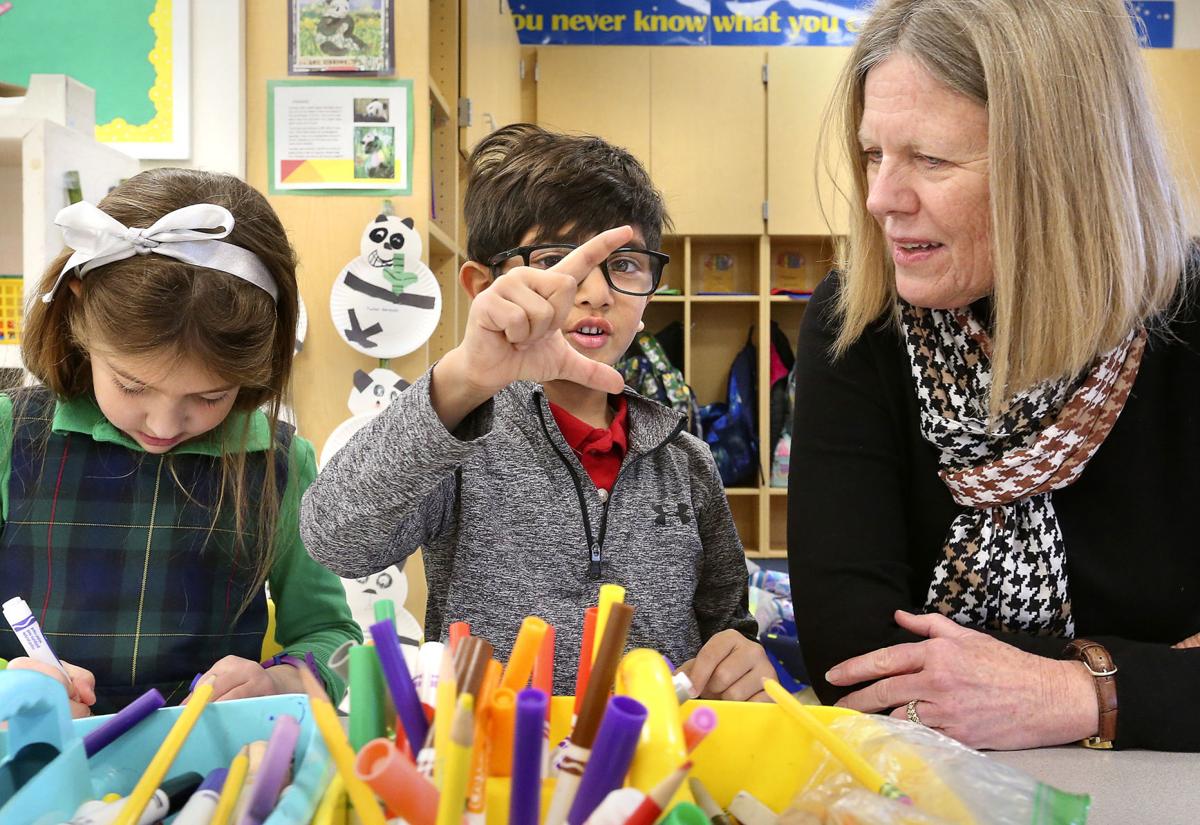 Powhatan School Head of School Sue Scarborough talks with first-graders Veer Patel and Minnie Timberlake during their language arts class. Scarborough is retiring at the end of the 2020-21 school year after a decade at Powhatan.

Sue Scarborough began her career in independent schooling in 1978 as a kindergarten assistant at Winchester Thurston School in Pittsburgh. She also worked at Buckingham, Browne and Nichols School in Cambridge, Massachusetts, before coming to Powhatan in 2011.

Powhatan School Head of School Sue Scarborough talks with first-graders Veer Patel and Minnie Timberlake during their language arts class. Scarborough is retiring at the end of the 2020-21 school year after a decade at Powhatan.

A correction has been made to this article.

BOYCE — When Sue Scarborough ends a decade of service as the head of Powhatan School, her legacy will be marked by the many programs and infrastructure developments she has brought to campus.

For some faculty and staff, Scarborough's time at Powhatan — an independent preschool through eighth-grade school in Boyce — will be defined by her belief in students and faculty.

"It’s that belief in people that I think about in her tenure," said Mike Hatfield, the school's director of admissions.

Scarborough, 64, of White Post, recently announced she will be retiring from her 43-year career in independent education at the end of the 2020-21 school year.

She is the ninth head of Powhatan, which was founded in 1948. She also is the first woman to hold the position at the school. Her work at Powhatan began with the 2011-12 school year.

"She's what I would call a compassionate leader," said Powhatan second-grade teacher Jennifer Warren, who has been a teacher there for about 20 years and served on a committee that hired Scarborough. "Which I think is sometimes rare to say that your boss is a good listener and really cares genuinely about the faculty."

If a faculty member has new ideas, Scarborough is very open to bringing them to life, Warren said.

One thing that Warren thinks Scarborough does well is instilling a sense of community in the classroom and among parents and faculty.

"I'm sad to see her go," Warren said. "I think she's had a really positive impact on the school."

For Scarborough, she will miss standing outside the school each morning to greet students and shake their hands.

"The student engagement I will certainly miss," she said. "I will also miss the engagement of this vibrant community, because the teachers here are so dedicated to their work."

A lot has changed at Powhatan since Scarborough became head of school.

"It may not always appear that we're as diverse, but we are continually striving for that, because we know that the students are going to go out into the world where it's diverse," she said.

That diversity component is important, she said, because there's a lot more crossover between cultures in society.

"A lot of times people think of independent schools as being elitist environments or only for wealthy children," Scarborough said. "That's not the case here. We do have a range here, because we do give financial aid and we do try to diversify in our classes as much as we possibly can."

Although Powhatan in located in Clarke County, it draws students from localities such as Winchester, western Loudoun County, Shenandoah County, and Charles Town, West Virginia.

Other changes at the school include the addition of an Innovation Technology Lab, which features Virtual Reality tools for students. All upper- school students ahave Chromebook laptops, while younger students have access to iPads in the classroom.

There also a lower-school science lab with a dedicated teacher for those grade levels.

"So when students come to the science lab, there really are scientists and they are doing experiments with that teacher," Scarborough said.

During Scarborough's time at Powhatan, the school was gifted with 46.8 acres adjoining its campus, which enabled it to create The Crocker Conservancy that is used for educational and recreational purposes, with outdoor pavilions where classes can be held. There also is an observation deck where students can observe the wetland species on the property.

"We really made a great push on integrating science into all areas of the curriculum, as well as having labs for kids to actually come and be scientists when they're here," Scarborough said.

Scarborough also started the school's preschool program about five years ago. A generous donation went toward the renovation of the preschool building and some of the lower grade classrooms as well.

The middle school also saw a revamp over the past year with new furnishings such as whiteboard tables, wiggle chairs and standing desks, "so all types of learning can happen in those spaces," she said.

And the arts program has expanded during Scarborough's tenure with the creation of a pottery studio.

Scarborough began her career in independent schooling in 1978 as a kindergarten assistant at Winchester Thurston School in Pittsburgh. She worked there for 23 years, teaching kindergarten and first grade, eventually becoming the lower school director. She then spent nine years as the lower school director for Buckingham, Browne and Nichols School in Cambridge, Massachusetts, before coming to Powhatan in 2011.

One thing that hasn't changed about independent schools is the ability for teachers to have more of a say in how they instruct, Scarborough said.

"We want to be able to let teachers put a little of who they are and what they feel is important into what they're teaching," she said.

What's also stayed the same in independent schooling is the ability for teachers to adapt to student interest in the curriculum, she said.

"Obviously, we need to have good, strong public schools, but we also need to have independent schools, because there are kids that can thrive in those environments, too," she said.

Scarborough added that the influence of technology in both positive and negative ways is changing the landscape of public and private schools.

When she first began teaching more than 40 years ago, classrooms were organized with individual desks lined in rows. Now, students are more often taught in groups and in collaborative spaces.

Teachers are also integrating various subjects, she added. For example, art and music classes at Powhatan are teaching calligraphy and Chinese music as the students learn about China for their cultural unit of study.

And Powhatan has a strong emphasis on outdoor education with its Nature Enhanced Approach to Learning, Scarborough said, which asks all teachers to think of ways to incorporate the environment into their instruction.

"In today's world I'm seeing more and more in education saying, 'Let's get kids outside more,' because of course kids are on their cellphones all the time instead of getting outside and experiencing the outdoors," Scarborough said.

In her retirement, Scarborough hopes to volunteer more and possibly do some leadership consulting.

She said she will walk away from her time at Powhatan having more empathy, particularly in understanding the unique and evolving challenges parents face raising children today.

"I've learned in this job the most important thing ... is empathy," she said.

Powhatan School by the numbers