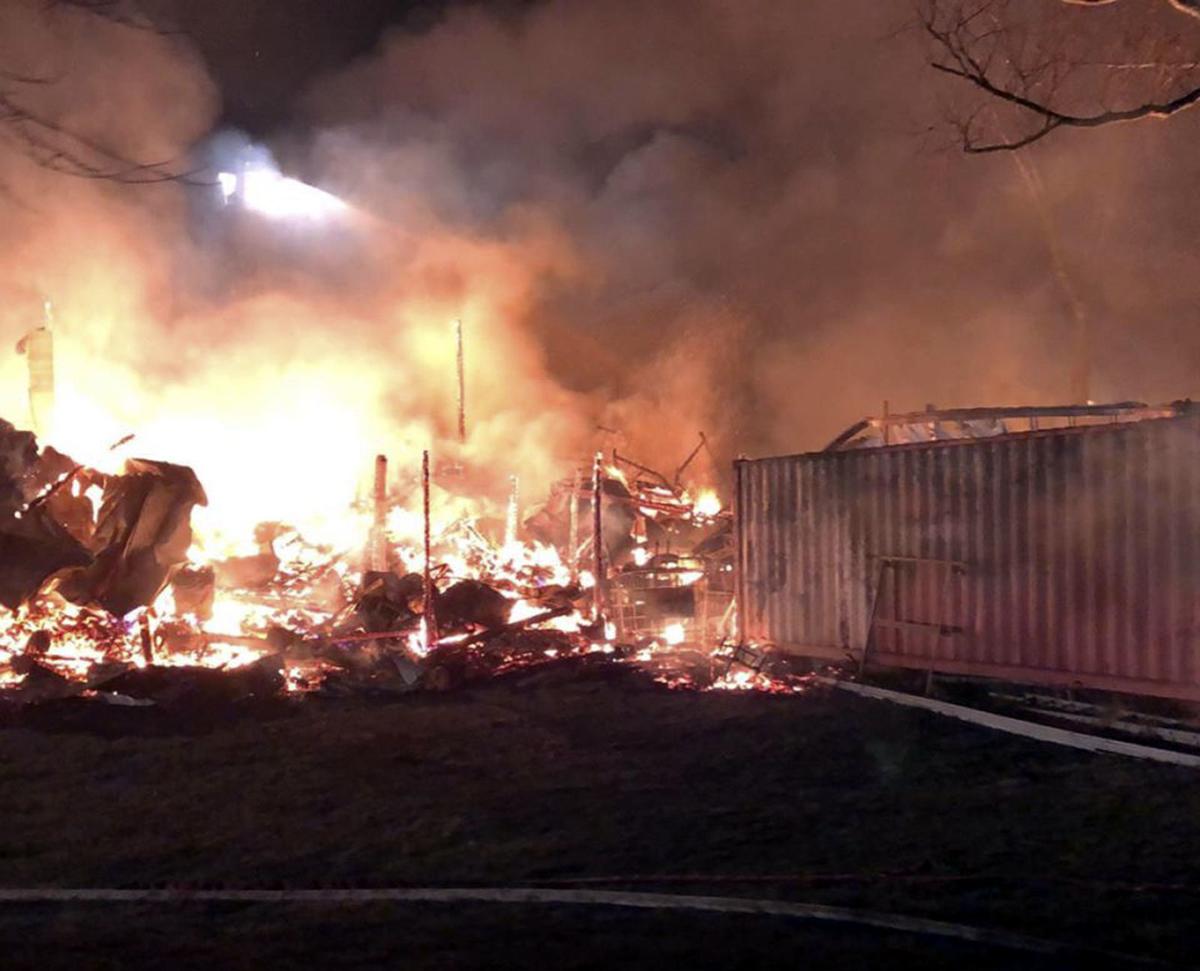 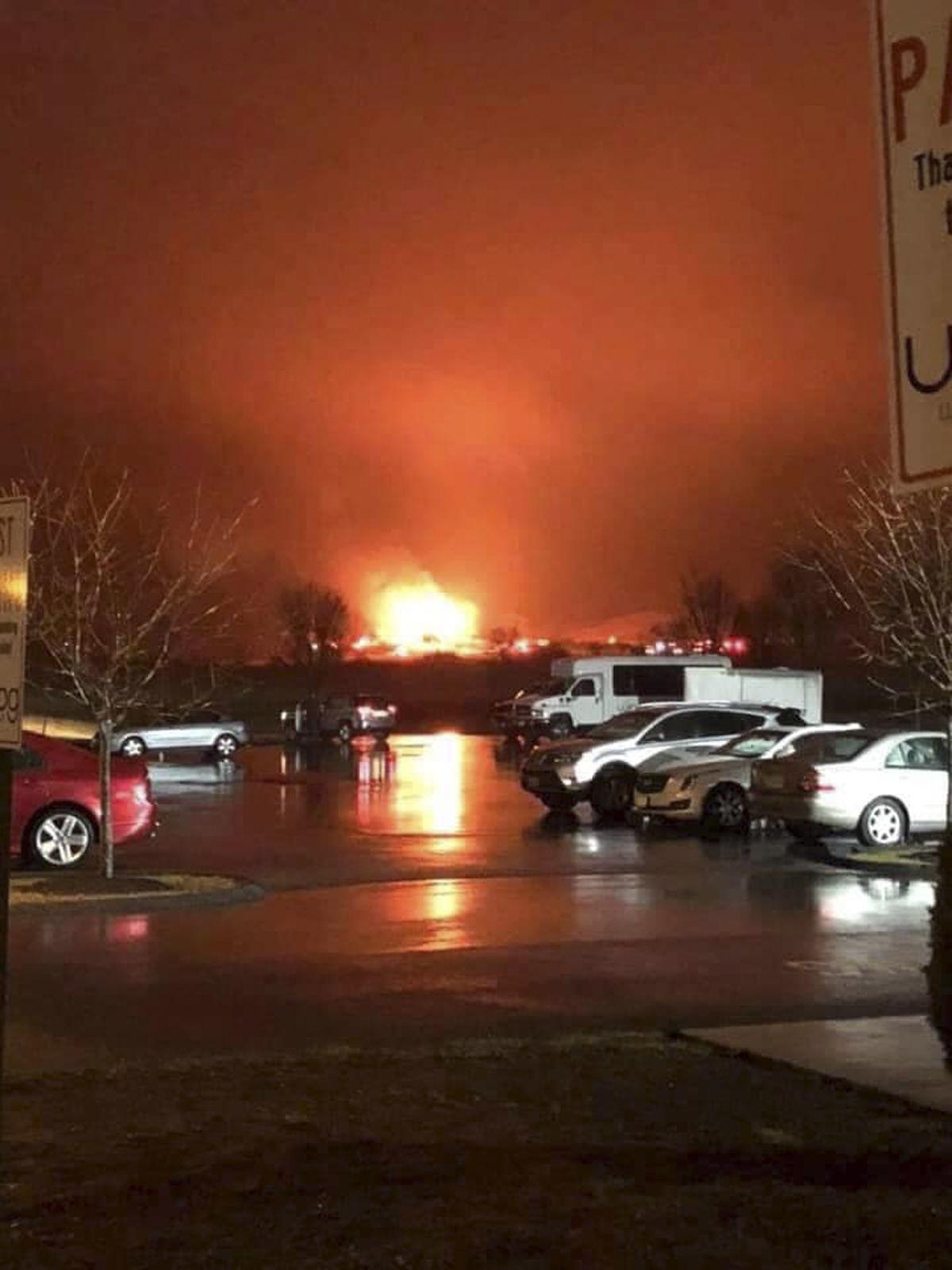 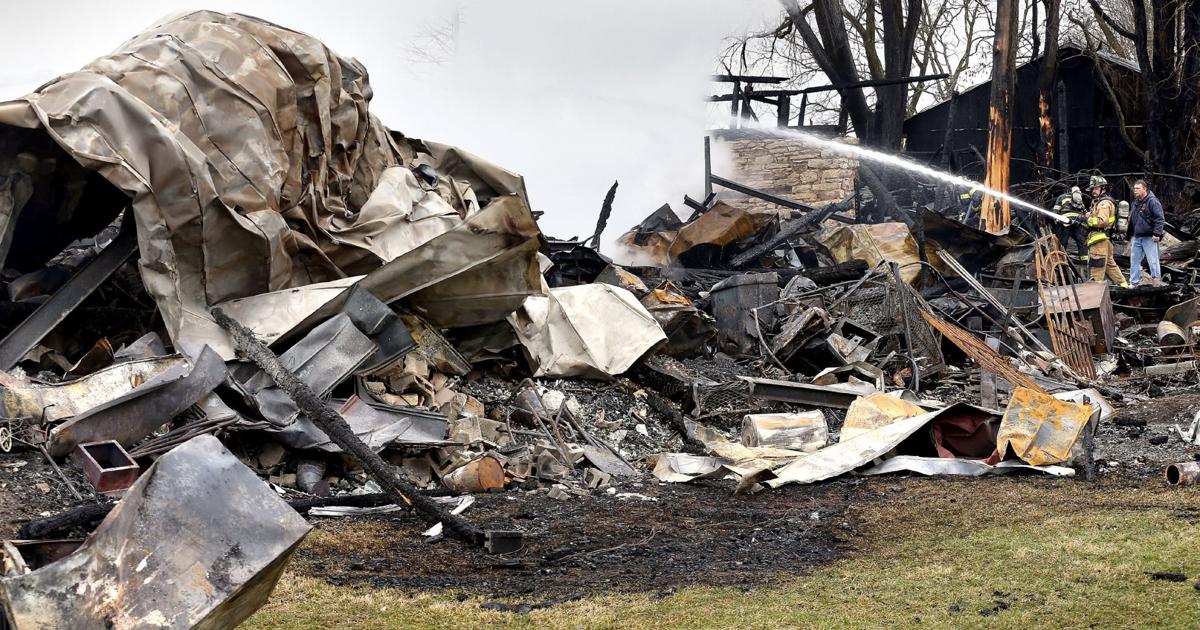 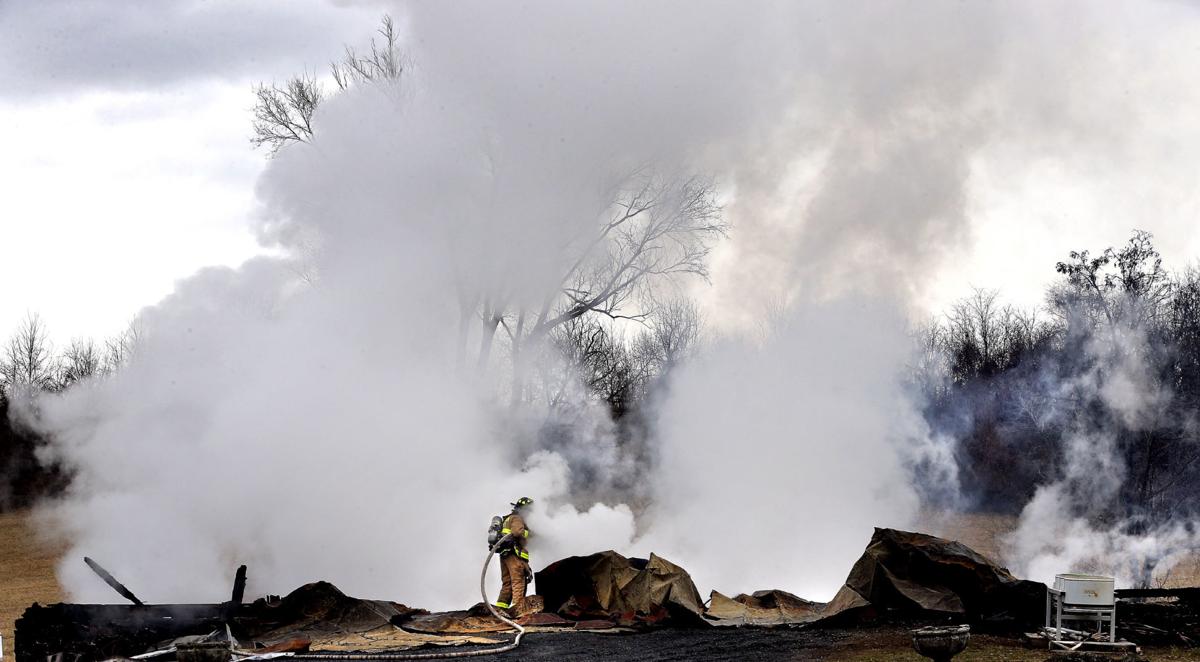 GAINESBORO — A Headley’s Auctions barn, believed to have been built before the Civil War, was destroyed in a fire reported at 6:54 p.m. on Wednesday.

Fire was coming from the rear of the barn when the first firefighters arrived at 7:09 p.m., according to Chief Don Jackson of the Gainesboro Volunteer Fire and Rescue Company. The barn was located on Long Green Lane, about a mile east of the North Frederick Pike (U.S. 522) Indian Hollow Road intersection. With no one in the barn, Jackson said firefighters adopted a defensive posture to keep the fire from spreading to a nearby stone house built in 1750 and to a smaller barn.

Furniture made inside the barn and chemicals used to varnish the furniture helped fuel and spread the fire, but Jackson said firefighters were able to contain the blaze around 7:30 p.m. The fire, which also destroyed a shed, was stopped just a few feet away from the smaller barn. Jackson said heat from the blaze melted a sign on an aerial truck’s ladder.

“The guy’s did a great job,” Jackson said. “It really was ahead of us when we got here, but we were able to stop it.”

Frederick County and Winchester firefighters fought the fire. Firefighters had to return to douse hot spots around 12:30 p.m. on Thursday, causing clouds of white smoke to rise above the property. The cause of the fire remained under investigation on Thursday, but county Deputy Fire Chief Mark Showers said it’s believed to have been unintentional.

Headley’s opened in 1921 and specializes in American antiques, according to its website. Property owner Joe L. Headley Sr. said on Thursday the 2,800-square-foot barn was built in the 19th century before the Civil War, but he wasn’t sure what year. He said a neighbor called 911 after spotting the fire and then called Headley who lives nearby.

Headley, who had the barn insured, said it’s too early to say if he’ll rebuild on the property. A damage estimate was unavailable on Thursday.

Melquiseder Garcia, a Headley employee since 2010, watched as firefighters mopped up on Thursday. Garcia said he regularly worked in the barn. His work included including making cremation urns. Garcia said nothing was unusual when he left the property about 4 p.m. on Wednesday. When he returned about 8:30 p.m., the barn had collapsed and the fire was still burning intensely.

“Last night, I couldn’t believe it happened,” Garcia said. “I was crying because I loved that place. I spent 10 years inside that barn.”