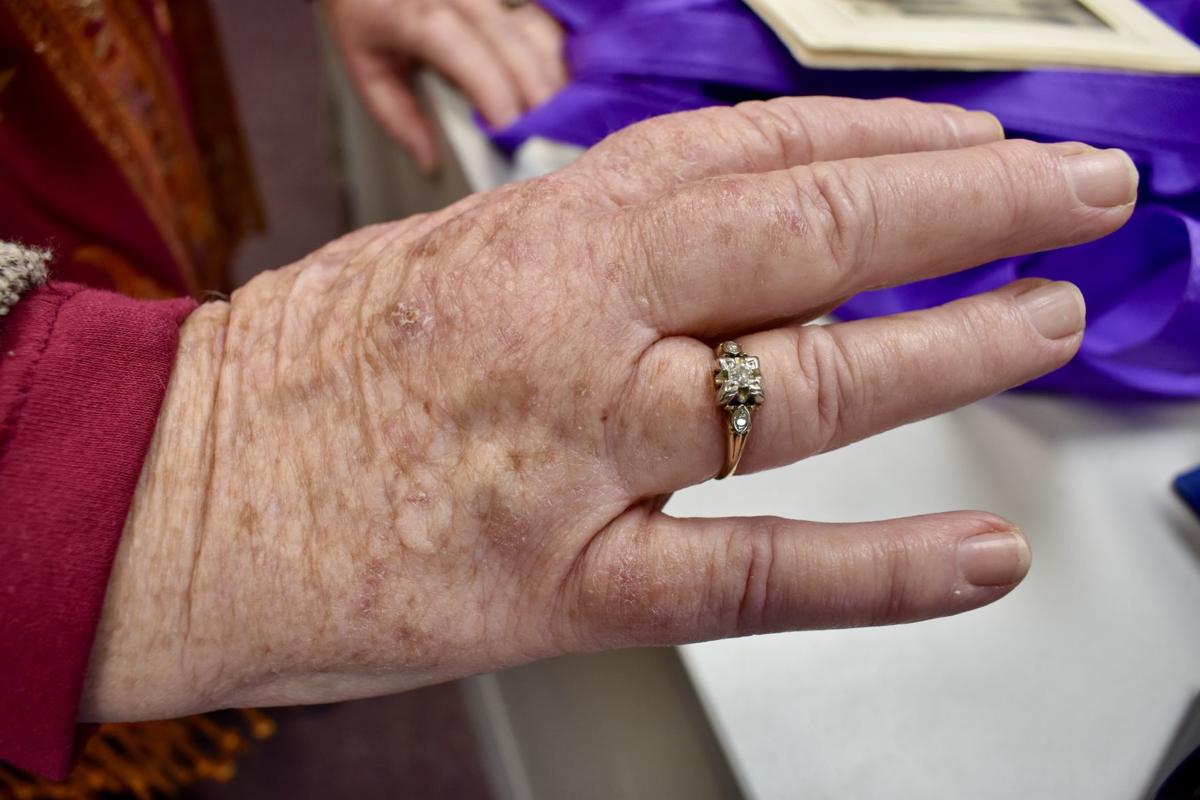 Pam Bell wears the engagement ring that her father gave to her mother in 1940. The ring went missing for about 10 years, but it was found inside her Dirt Devil vacuum about two weeks ago when she had the device repaired at My Vacuums in Winchester. 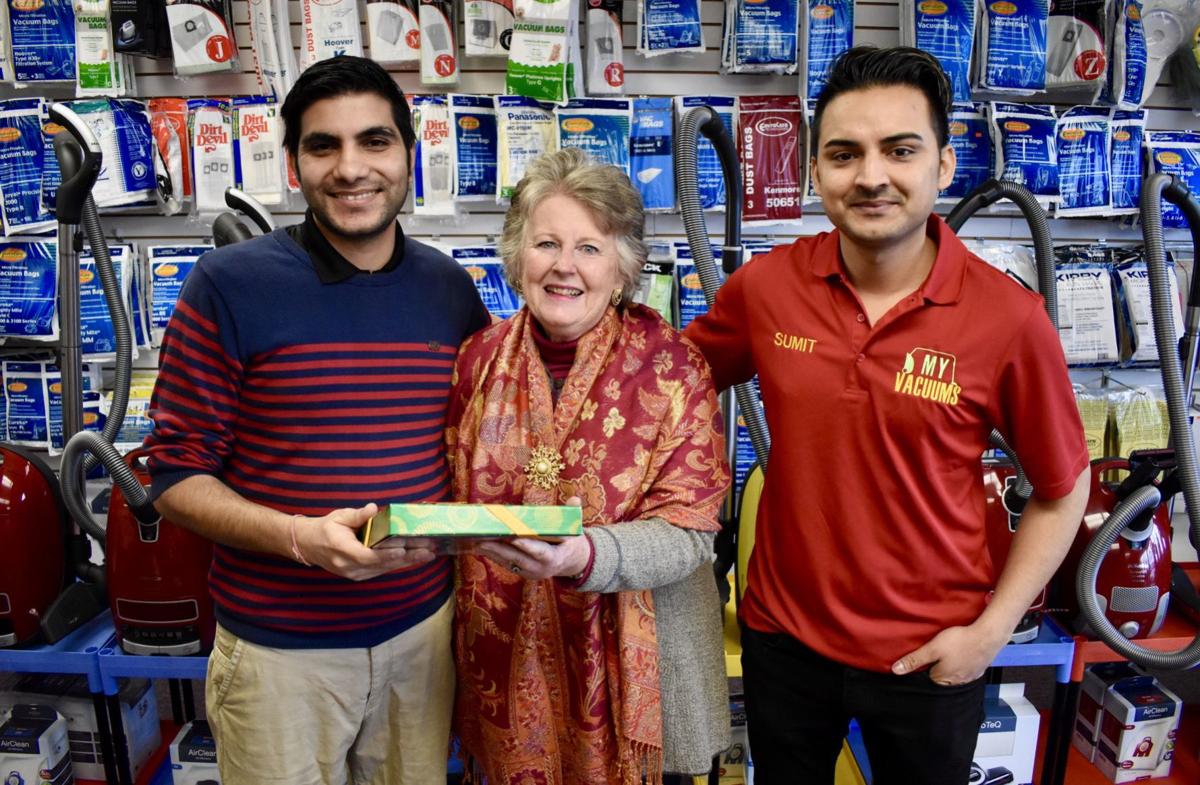 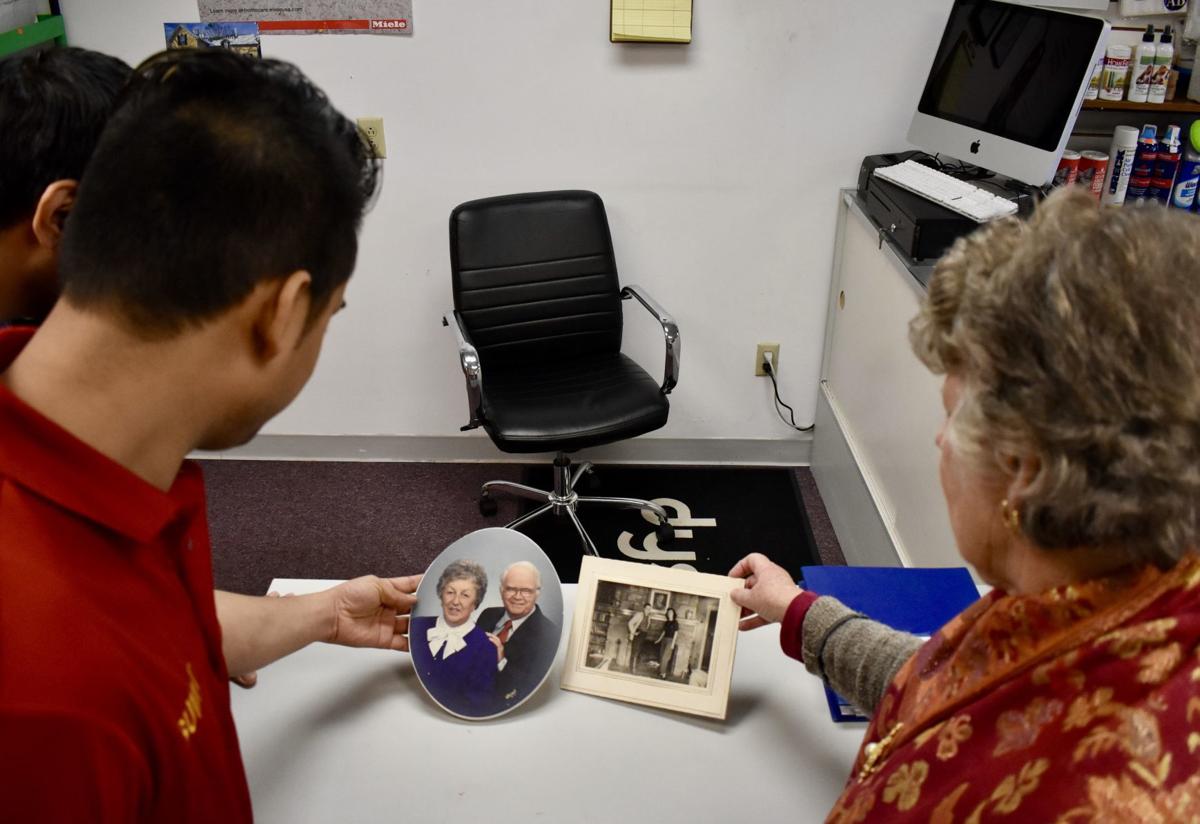 Pam Bell wears the engagement ring that her father gave to her mother in 1940. The ring went missing for about 10 years, but it was found inside her Dirt Devil vacuum about two weeks ago when she had the device repaired at My Vacuums in Winchester.

WINCHESTER — Pam Bell lost her dad in 1998, and her mom in 2005. A few years later, she lost her most beloved memory of them when her mother’s engagement ring slipped off her finger and vanished inside her Frederick County home.

“I remember taking it off in an upstairs bedroom — it was a little big on me — and I dropped it,” Bell said.

She searched everywhere, even getting on her hands and knees to see if it had slipped between the pine floor boards or had fallen through a vent to the carpeted room below.

“I never could find it,” Bell said. “It had such sentimental value to me.”

Her dad, John P. Bell Jr., bought the ring for his bride-to-be, Kay Bell, in the months leading up to their 1940 wedding in Baltimore. John Bell used to joke that he had to eat White Castle hamburgers for a year to able to afford it.

“I don’t know the carat [weight], the value or anything like that,” Pam Bell said. “I just know it’s priceless to me.”

Fast forward to January 2020. Pam Bell’s Dirt Devil vacuum was on the fritz, so she took it in for repairs at My Vacuums at 103 Millwood Ave. in Winchester.

Repair technician Bikku Zautam pulled the vacuum apart to find the source of the problem. In the process, he found something else: The missing engagement ring.

My Vacuums owner Sumit Sanjel said the odds of finding the ring inside the Dirt Devil after at least a decade of being missing were astronomical.

“She has a bagless vacuum, so every time she uses it, she dumps the container and everything goes in the trash,” Sanjel said.

“It was meant to be found,” Zautam added.

Surprisingly, Bell’s vacuum was repaired a few years ago at a different shop, and the ring managed to remain hidden.

“He mustn’t have done as thorough a job as you did,” Bell said to Sanjel with a laugh.

Zautam had no idea that the ring held such significance. When Bell went to My Vacuums to retrieve her Dirt Devil about two weeks ago, he casually mentioned that he had found a ring inside the vacuum.

“I thought it was going to be a kid’s ring or something,” Bell said. “Then I saw it was my mother’s. I was in shock. I burst into tears.”

She said she was humbled by Zautam’s honesty. After all, he could have pocketed the ring and no one would have been the wiser.

“The way we are raised in Nepal, we’re known for being very hard-working and honest people,” Sanjel said. “Anything we find, even if it’s dog toys or kid toys, we always give it back to the customer.”

Sanjel said the engagement ring was by far My Vacuums’ most valuable and sentimental discovery to date.

“It could have been damaged, but it’s in perfect condition,” Bell said.

She said getting her mother’s ring back was the sweetest valentine imaginable, so she wanted to do something sweet for the men who found it.

“This is for you guys,” Bell said to Sanjel and Zautam last week as she handed them a gift-wrapped box of Godiva chocolates. “I hope we’ll be friends forever.”

It is good to be reminded there are still good people out there doing many good things everyday.

So happy that you found such a sentimental piece of your family history..What amazing gentleman. If my vacuum needs service, I know where to get it fixed!!

Yep, now everyone will know where to get their vacuum cleaners repaired.