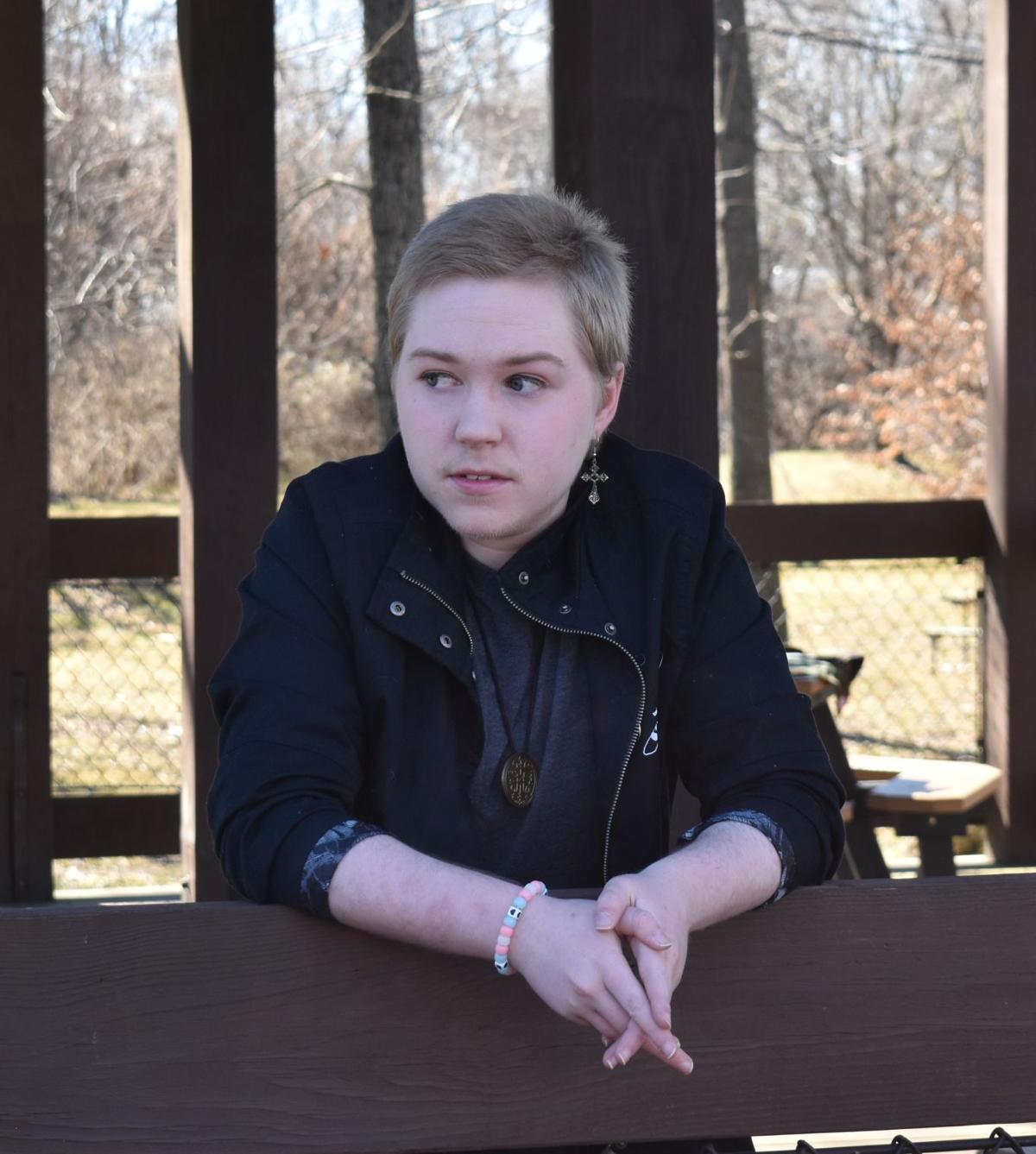 Andrew Joseph White’s first book “Hell Followed Us” will be published next June by Peachtree Publishing. White, who is transgender, said his anger helped shape the young adult horror novel about a transgender boy.

Andrew Joseph White’s first book “Hell Followed Us” will be published next June by Peachtree Publishing. White, who is transgender, said his anger helped shape the young adult horror novel about a transgender boy.

WINCHESTER — Andrew Joseph White’s idea for a horror novel with a transgender protagonist came about just months after he came out as a transgender man several years ago.

“I was angry at the state of the world and kind of the way that I had been treated trying to figure everything out,” he said this week.

White, who graduated from Handley High School in 2016, said he was upset with the number of anti-trans bills introduced in state legislatures. PBS recently reported that as of June 2021, more than 100 bills have been introduced this year to restrict trans rights in state legislatures across the U.S. That’s a new record for legislation aimed at the transgender community, LGBT advocacy groups report.

“It took me until I was 19 or 20 to figure out that I was trans, and I didn’t know what was wrong with me up until that point, so I always kind of felt like a monster,” he said.

His anger helped shape his book “Hell Followed With Us,” which he said will be published in June 2022 by Peachtree Teen through Peachtree Publishing Company.

The book is a young adult post-apocalyptic horror novel that details the story of Benji, a transgender boy who teams up with an LGBTQ+ youth center to take down a fundamentalist cult that turned him into a monster, according to White’s website.

“You can see the people who are making these laws look at transgender children and see monsters and I don’t understand how they can do that,” White said. “Eventually, when I started writing this book I just snapped and said, ‘If they want to see us as monsters, fine, I’ll give you monsters.’”

White stresses that he does not have an issue with religion nor Christianity. But he said he does take issue with “what people have twisted [religion] into in order to hurt other people.”

“Look, if you are offended by this, you need to take a good, long look at yourself, because if you see yourself in this, that’s a problem,” White said. “I wrote it for the kids that are angry that are trying to come to terms with themselves who have seen themselves called disgusting on the news by politicians who don’t know them.”

White, 22, is excited to get his first book published before he graduates with a master’s degree in creative writing from George Mason University. He’s in the third and final year of the program.

On July 1, White will be in Winchester as one of four guest authors for the week-long Summer Young Writers’ Workshop hosted by Project Write, a nonprofit organization.

He used to attend summer and weekend Project Write workshops when he was a student in Winchester Public Schools.

As a product of Project Write, White hopes to inspire other students who are aspiring writers.

“I’m excited to be back at Project Write,” he said. “I hope I get to talk to at least one kid who will resonate with what the book is about. The way that I see it, if I help out one kid ever in the entire life of publication of this book, I succeeded.”

“Andrew already had binders full of ideas and story maps for novels, but he craved feedback on his writing. He also gave awesome feedback to his peers,” Lancaster said. “I am not surprised that Andrew pursued creative writing in college or that he is launching a publishing career so young. We are excited to have Andrew share his publication journey as inspiration to our current young writers.”