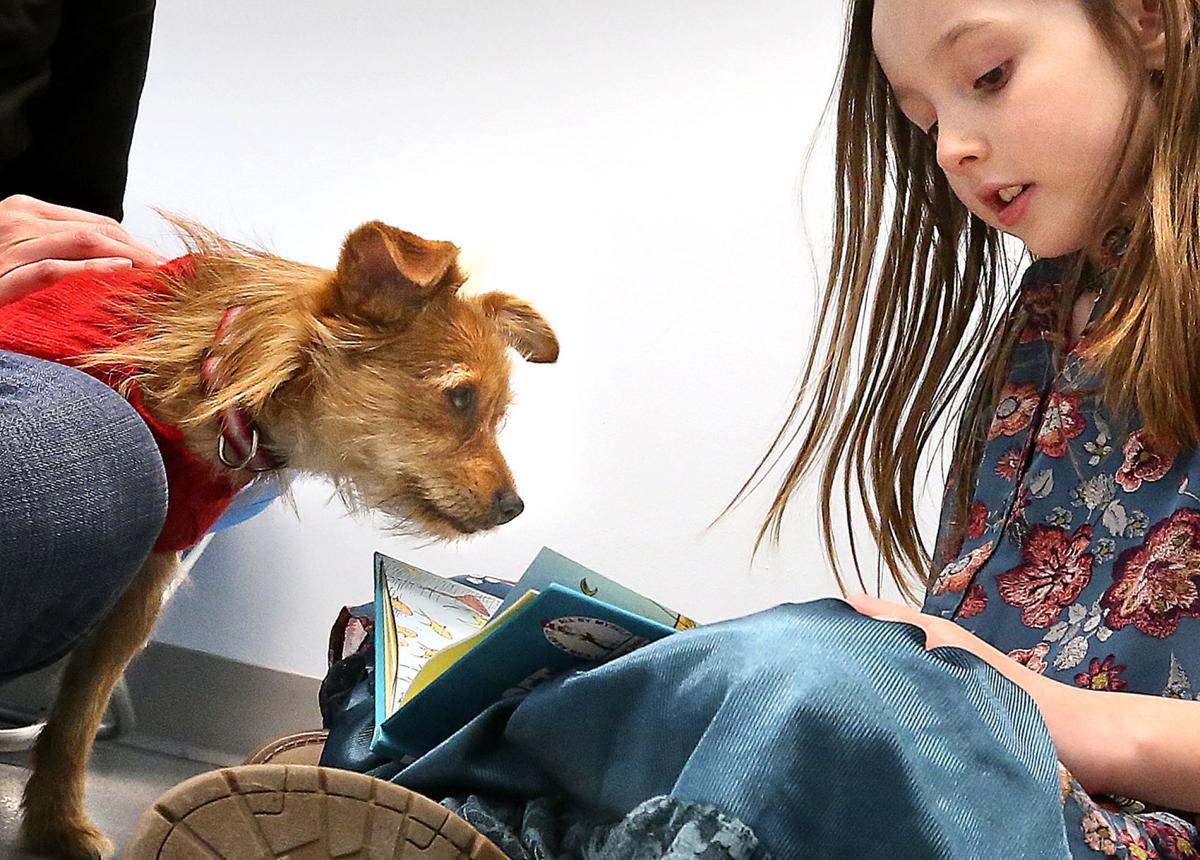 Kennedy Jordan, 7, of Winchester, reads the Dr. Seuss book “What Pet Should I Get?” to shelter dog Ruby during Dr. Seuss Day at the SPCA on Featherbed Lane on Monday. 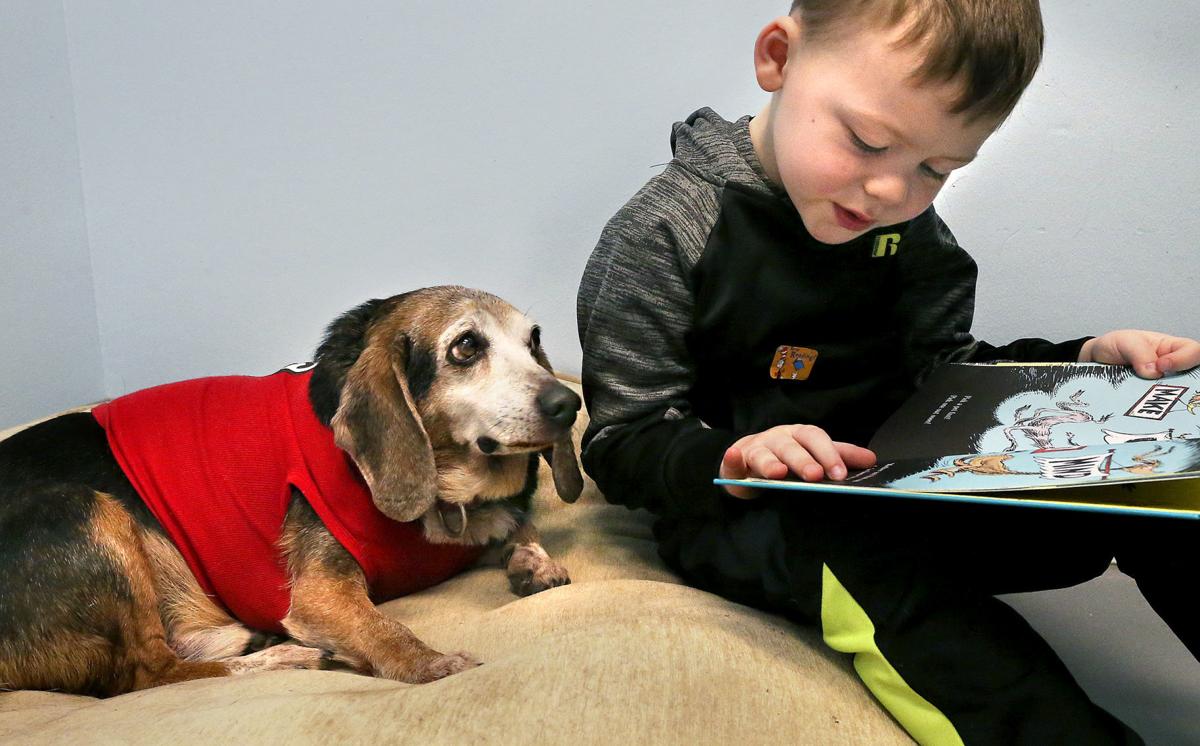 Kindergarten student Gage Ritter, 6, of Frederick County, reads the Dr. Seuss book “What Pet Should I Get?” to Winchester SPCA dog Henry, a beagle, during Dr. Seuss Day at the SPCA on Featherbed Lane on Monday. After some dental work, Henry will be available for adoption.

Kennedy Jordan, 7, of Winchester, reads the Dr. Seuss book “What Pet Should I Get?” to shelter dog Ruby during Dr. Seuss Day at the SPCA on Featherbed Lane on Monday.

Kindergarten student Gage Ritter, 6, of Frederick County, reads the Dr. Seuss book “What Pet Should I Get?” to Winchester SPCA dog Henry, a beagle, during Dr. Seuss Day at the SPCA on Featherbed Lane on Monday. After some dental work, Henry will be available for adoption.

WINCHESTER — The SPCA of Winchester, Frederick and Clarke Counties celebrated Read Across America Day on Monday by inviting the community to read to the dogs and cats housed at the shelter.

Since Read Across America Day also celebrates the birthday of beloved children’s author Dr. Seuss, the obvious choice of book for children and adults to read aloud was Seuss’s “What Pet Should I Get?”

Copies of the book were donated to the SPCA, then given to children after they spent a few minutes reading to the animals about young Jay and Kay and the trouble they have choosing a new pet for their family.

The dogs and cats at the shelter at 111 Featherbed Lane lapped up the extra attention. Jennifer Taylor, president of the local SPCA’s board of directors, pointed to a beagle, 11-year-old Henry, who seemed a bit bothered by all the extra visitors on Monday, but completely relaxed as soon as a boy sat down and started reading to him.

Seven-month-old Ruby, a Maltese/Yorkie mix in a room next to Henry’s, was surrendered to the shelter by her owners on Monday morning, but she was having the time of her life by Monday afternoon as person after person held her while reading “What Pet Should I Get?”

One of Ruby’s readers was Porsha Womack, of Martinsburg, W.Va., who brought her three children — Edris Womack, 4; Emeric Womack, 6; and Payshance Womack, 8 — to the shelter to teach them about the responsibilities of pet ownership.

“It gets them used to being around an animal,” Porsha Womack said. “We’ll start with a small pet, something like a hamster or fish.”

Six-year-old Joanna Edwards, of Winchester, said she already has three pets at home — a dog, a cat and a tortoise — but she was hoping her dad, Brandon Edwards, would say yes to a fourth.

Free books weren’t the only treats being offered by the local SPCA on Monday. Adoption fees were cut in half, and everyone who came out for the shelter’s first Read Across America Day celebration was invited to make crafts with shelter staff and volunteers before enjoying free cookies, cupcakes and other snacks.

Taylor said it’s important for the nonprofit to host events like Read Across America Day because special activities bring in a high number of potential pet owners. The facility on Featherbed Lane has been a no-kill shelter since 2014, so it’s critical to keep adoption rates high so there is always enough room for strays and owner-surrendered pets.

“The staff is amazing with their creativity and coming up with things to do,” Taylor said. “They go all out, all the time.”

Their hard work is paying off. Last year, a record total of 898 dogs and cats were adopted from the SPCA of Winchester, Frederick and Clarke Counties. Lavenda Denney, executive director of the shelter, said an additional 96 pets found new homes in the month of January.

On Monday, yet another shelter dog found a new forever home. Ruby, the 7-month-old puppy who was brought in that morning, was adopted before having to spend a single night at the SPCA.

Come on people. Have a heart. Give these animals a good permanent home. I already have three, a dog and two kitties.