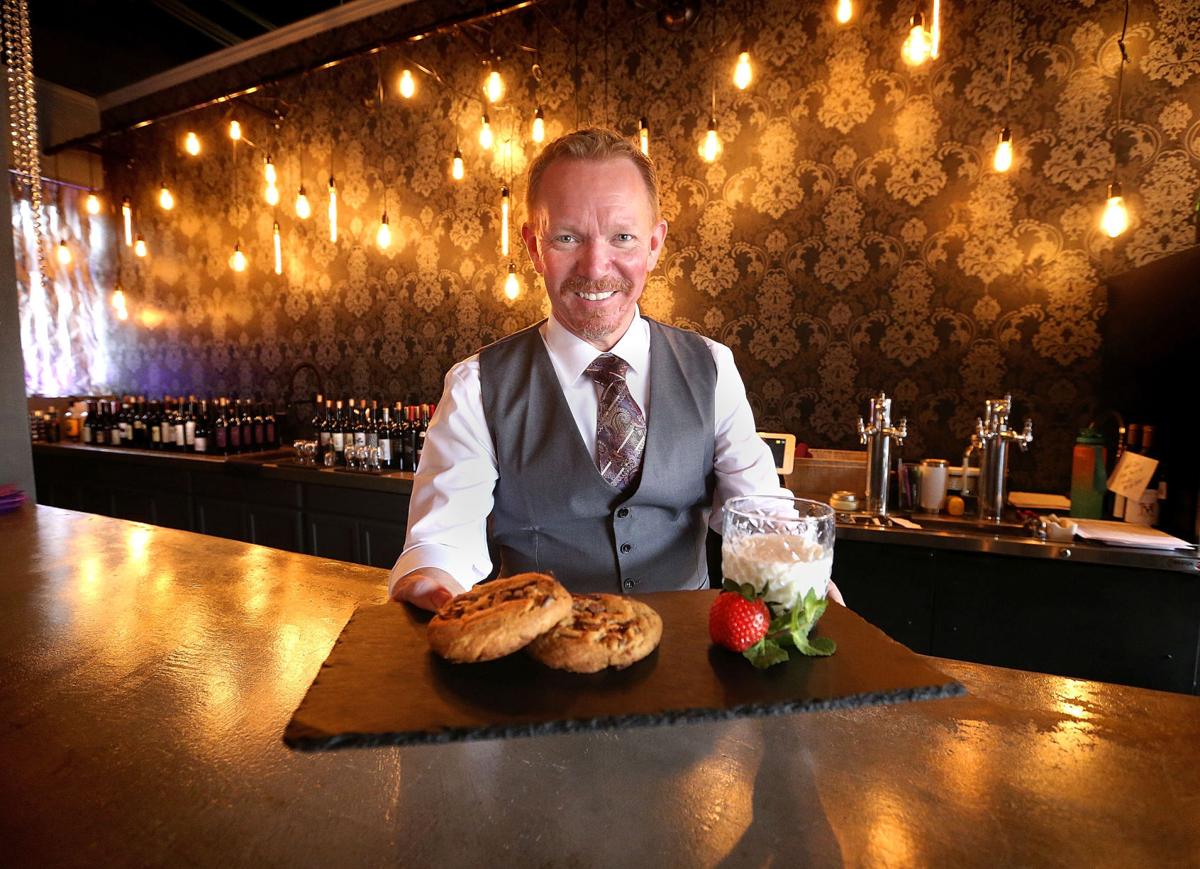 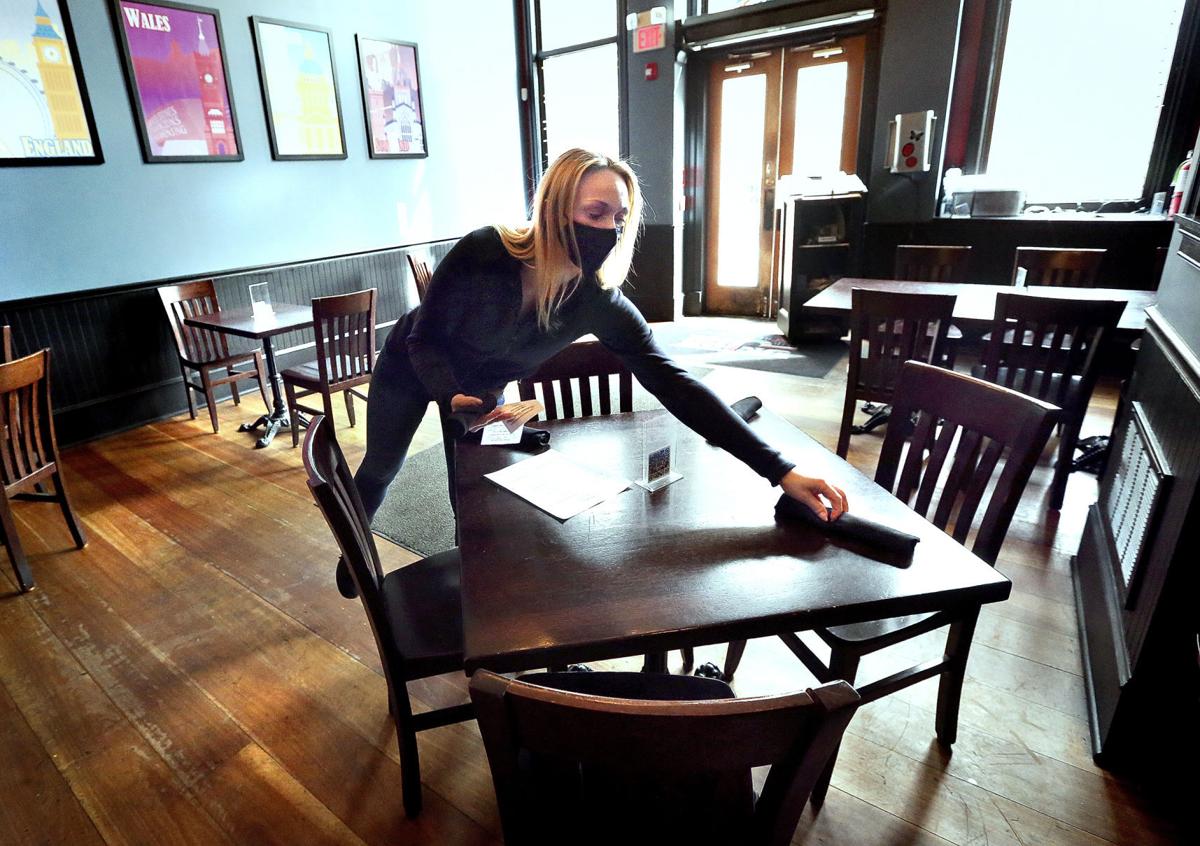 Union Jack Pub and Restaurant assistant manager Mary graves places silverware on tables as the restaurant opened Friday. Union Jack is one of the participants in Winchester Restaurant Week.

Union Jack Pub and Restaurant assistant manager Mary graves places silverware on tables as the restaurant opened Friday. Union Jack is one of the participants in Winchester Restaurant Week.

Participating restaurants have reported that things have been “busier than anticipated” throughout the course of the event, which is sponsored by the Winchester Main Street Foundation.

Restaurant Week is typically held twice a year — once right before spring and once again in the fall. The event was unable to be held in the fall due to the COVID-19 pandemic.

Most of the participating restaurants are offering three course dinners for $30 per person. The restaurants create special Restaurant Week menus that give patrons options for each of the three courses: appetizer, entree and dessert. Tax, tips and drinks are not included.

Being able to host the event again has brought a bit of normalcy back, restaurant owners and managers said.

“The week has been great,” Union Jack Pub & Restaurant General Manager Sarah Jenney said Thursday evening. “We were kind of concerned that restaurant week was going to be quiet, but we’ve seen a huge turnout of people coming in.”

The event has typically been a good way to continue showcasing local businesses, as well.

“We’re thrilled (to be able to have Restaurant Week). We reached out earlier (in the fall), but the uncertainty of everything before everyone was understandably cautious,” Winchester Main Street Foundation President Joel Richardson said. “But to say that we get to showcase our community — people who live here, work here and invest in this place — we’re thrilled.”

Several restaurant owners and managers said that they’ve done so well this week that they’ve had to place extra orders to refill menu items that have been flying out of the kitchen.

Much of that had to do with the fact that they were unsure of how the week would go, so it’s been a welcome problem to have, they said.

“When it came to planning our Restaurant Week menu and ordering our food, we were conservative,” said Shawn Steffey, one of the owners at The Wine Room at the Taylor Pavilion. “But we had to place another order to get through the weekend, so that’s a good thing.”

Part of Restaurant Week is adding new or revamped menu items for patrons.

One example is The Wine Room’s chocolate chip cookies, which have been among the restaurant’s best sellers this week.

While Restaurant Week has helped bring in business, restaurant owners and managers said that they had seen things begin to pick up in recent weeks already. That includes both dine-in and pick-up orders.

“It really has been kind of unpredictable. We’ll have an amazingly busy weekend, then the next weekend we’ll be dead. It kind of flip flops.” Cork Street Tavern Manager Kara Riley said. “We’ve been doing pretty well, though. It’s definitely getting better. These past couple of weekends have been pretty good for us.”

While busy days in a restaurant can surely be hectic, seeing smiling faces in and around the restaurant have been much-needed.

Restaurant Week has been a good example of that.

“It kind of is really showing that people are wanting to come out and support local businesses, especially in downtown, which I think is great,” Riley said. “I know everyone is still pretty nervous, but as far as Restaurant Week goes there’s been a tremendous amount of support.”

To see the menus offered by each restaurant, visit winchesterrestaurantweek.com.