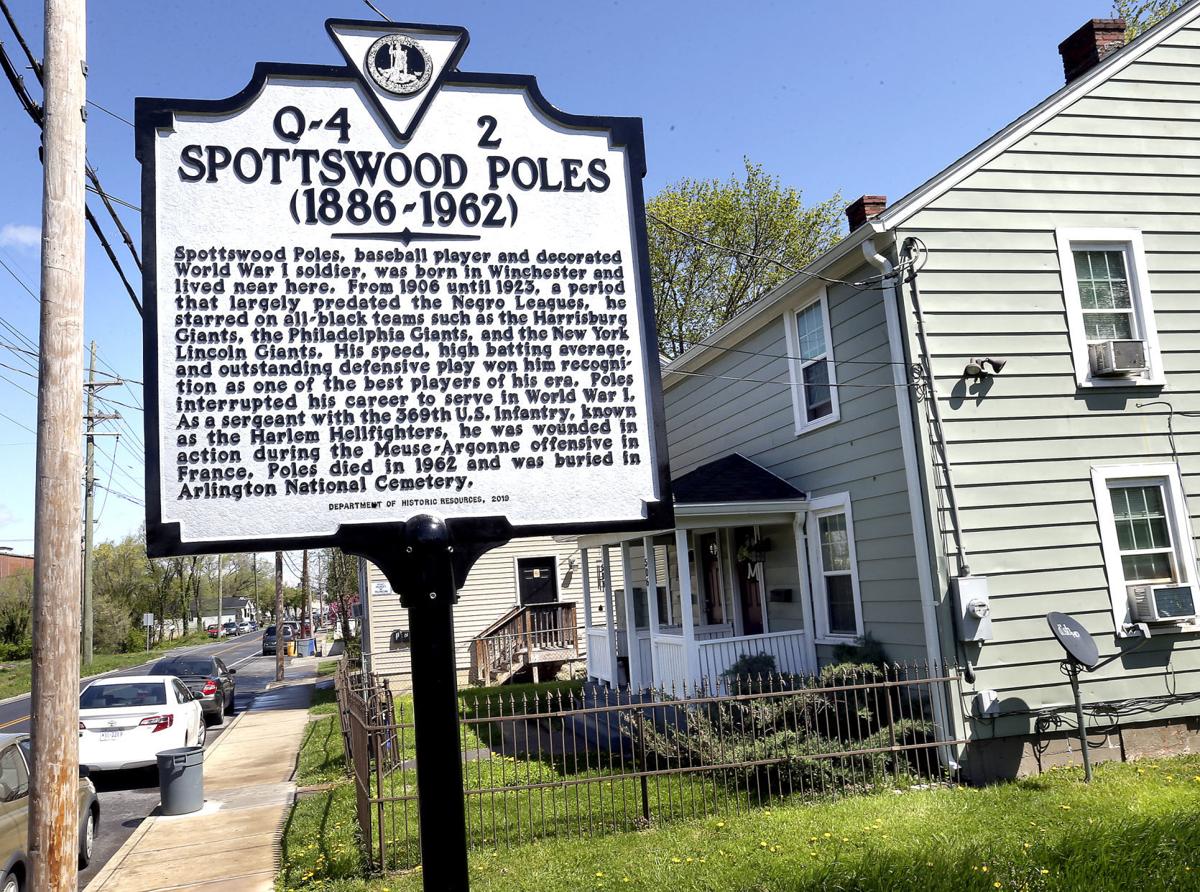 A marker honoring Winchester native and baseball star Spottswood Poles has been erected in the 500 block of North Kent Street near where he lived. Poles, a legend in the Negro baseball leagues of the early 20th century, was born on Dec. 9, 1887, at 530 Fremont St. 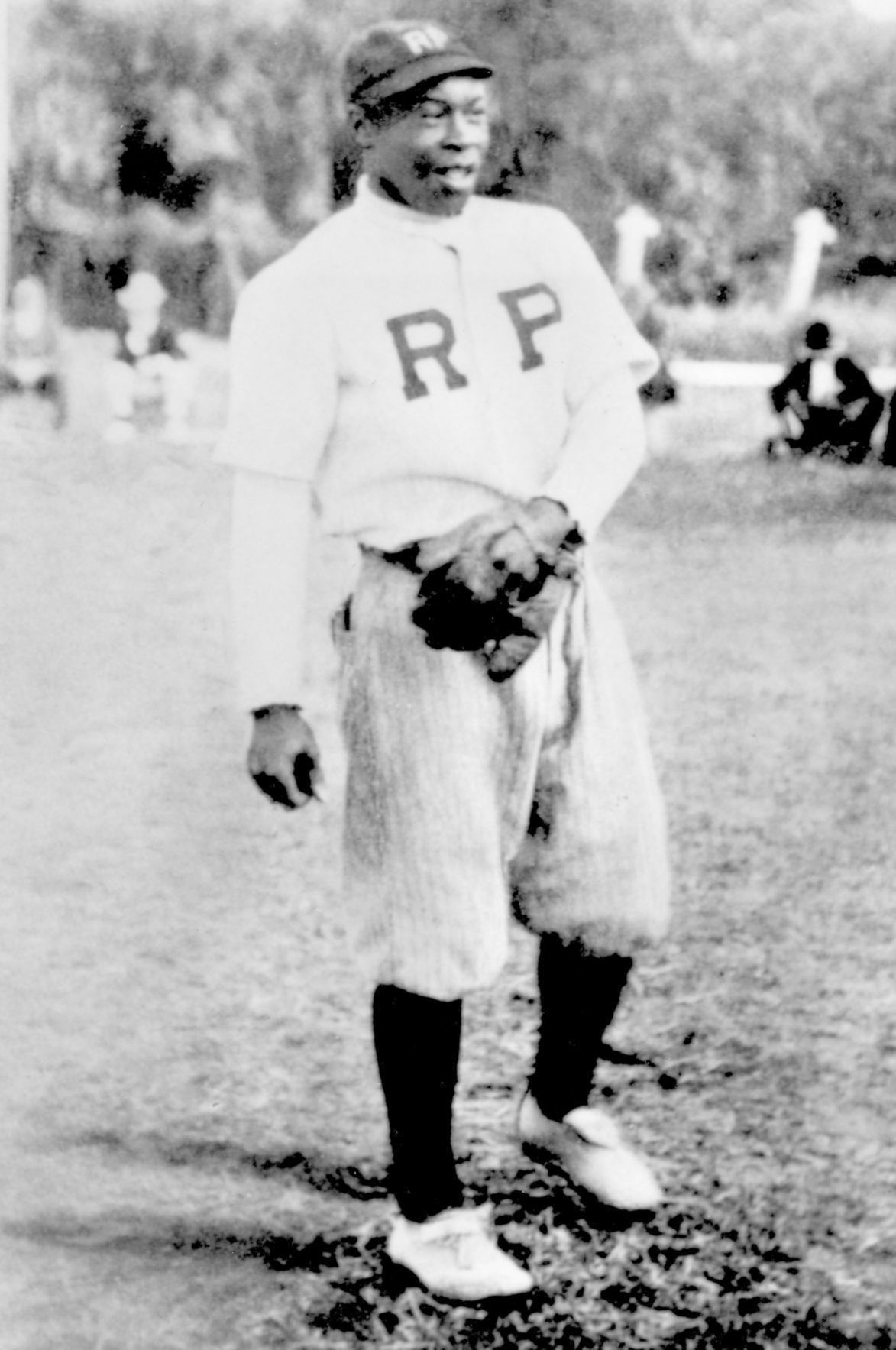 WINCHESTER — A roadside marker honoring one of the best baseball players of all time has been erected in Winchester.

The silver-and-black sign at 502 N. Kent St. provides a brief history of Spottswood Poles, a legend in the Negro baseball leagues of the early 20th century who was born on Dec. 9, 1887, at 530 Fremont St. in Winchester.

In 1906, Poles joined the Harrisburg Colored Giants baseball team in Pennsylvania. He became a professional player in 1909 with the Philadelphia Giants, then signed with the New York Lincoln Giants when the Philadelphia team folded in 1911.

Poles enjoyed his best years in New York, batting .440 in his first season with the Lincoln Giants, .398 in his second, .414 in his third and, in his final season with the team, a stunning .487.

After leaving the Lincoln Giants, Poles played for the New York Lincoln Stars, Brooklyn Royal Giants and Hilldale Daisies before enlisting in the Army’s 369th Infantry Regiment — the legendary Harlem Hellfighters — during World War I.

During his one year of military service, Poles earned five battle stars and a Purple Heart.

He resumed his baseball career in 1919 with the Lincoln Giants and stayed with the team until retiring in 1923.

After leaving baseball, Poles operated a taxi business in Harrisburg, Pa., that enabled him to retire comfortably. He died in Harrisburg on Sept. 12, 1962, and was laid to rest in Arlington National Cemetery.

Even though Poles played professional baseball for 14 seasons and is credited with an outstanding lifetime batting average of over .400, the Negro leagues did not keep good records. Historians have only been able to fully document two complete seasons from Poles’s prolific career, and the minimum required for inclusion in the National Baseball Hall of Fame is four.

His hometown of Winchester did little to celebrate its sports hero until last summer, when a road in Jim Barnett Park was named in Poles’s honor and the Valley League’s Winchester Royals hosted its first “Spottswood Poles Night.”

A few days ago, the Winchester Public Works Department installed the roadside marker on North Kent Street, giving it more visibility than if it was placed in front of Poles’s birthplace on Fremont Street. The marker was privately funded by Winchester businessman and former City Council member Art Major and was created in conjunction with the Winchester-Frederick County Historical Society and Virginia Department of Historic Resources.

In a media release, Rebecca Ebert of the Historical Society said a public celebration will be held once the COVID-19 pandemic has run its course.

“Until then,” she wrote, “visit the site and enjoy the reminder of the accomplishments of an amazing native of Winchester.”

Glad to see him getting the recognition. Thank you to the City of Winchester.

I googled him and found SEVERAL references to his birth date being Dec. 27, 1887. Whoever had this sign made did this man and his family a disservice. Fix it.