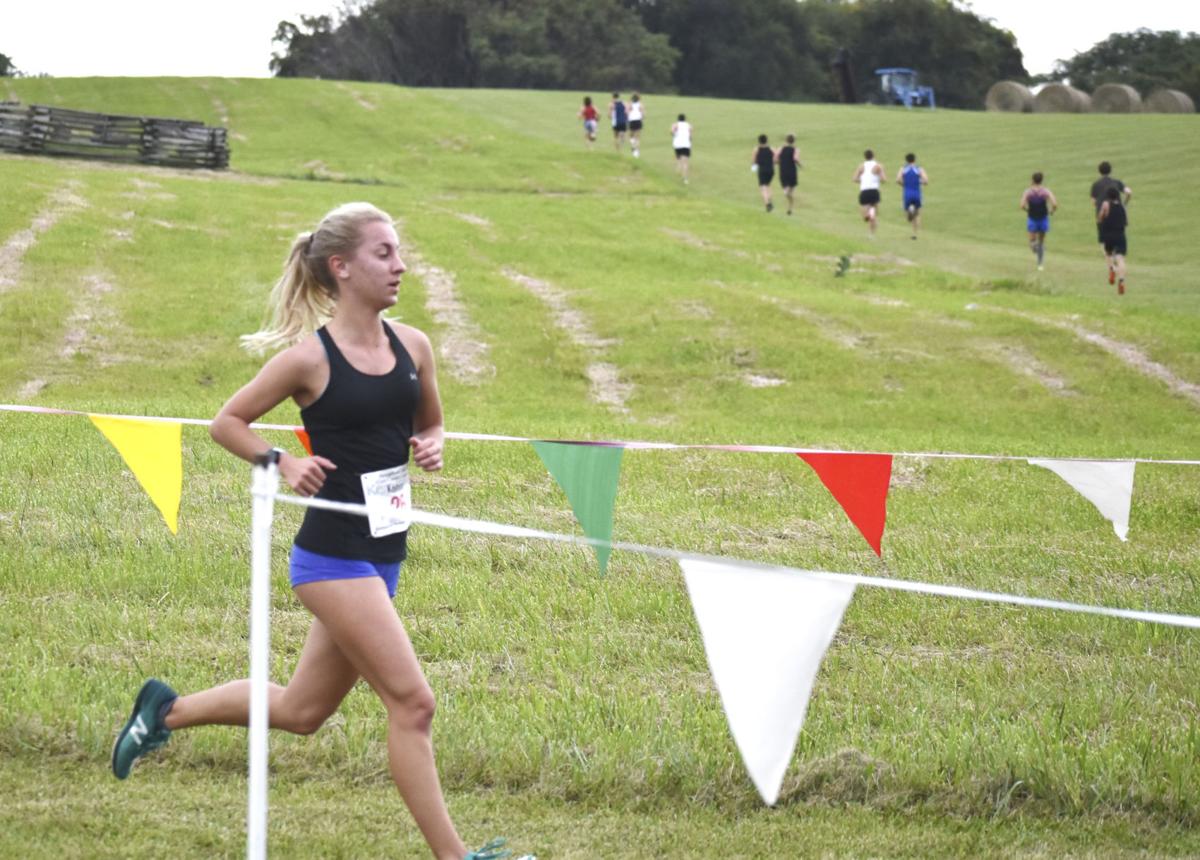 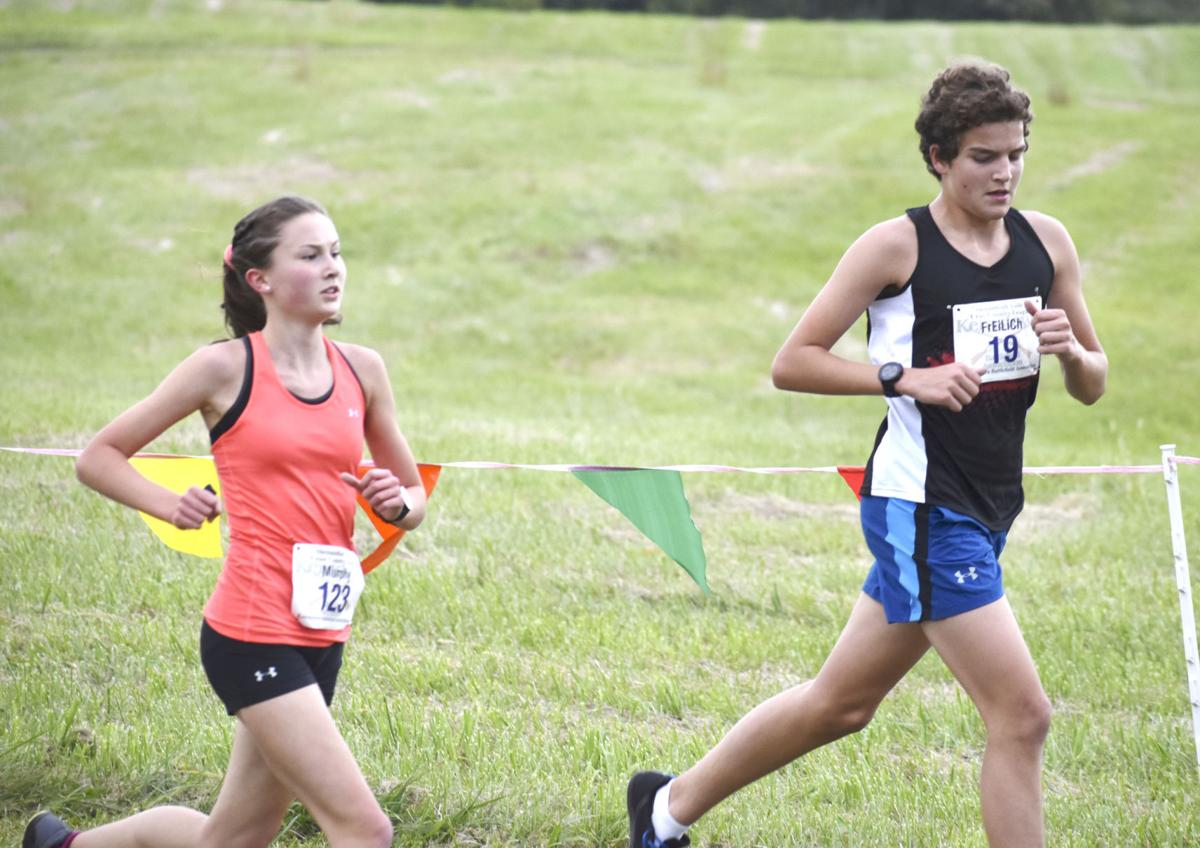 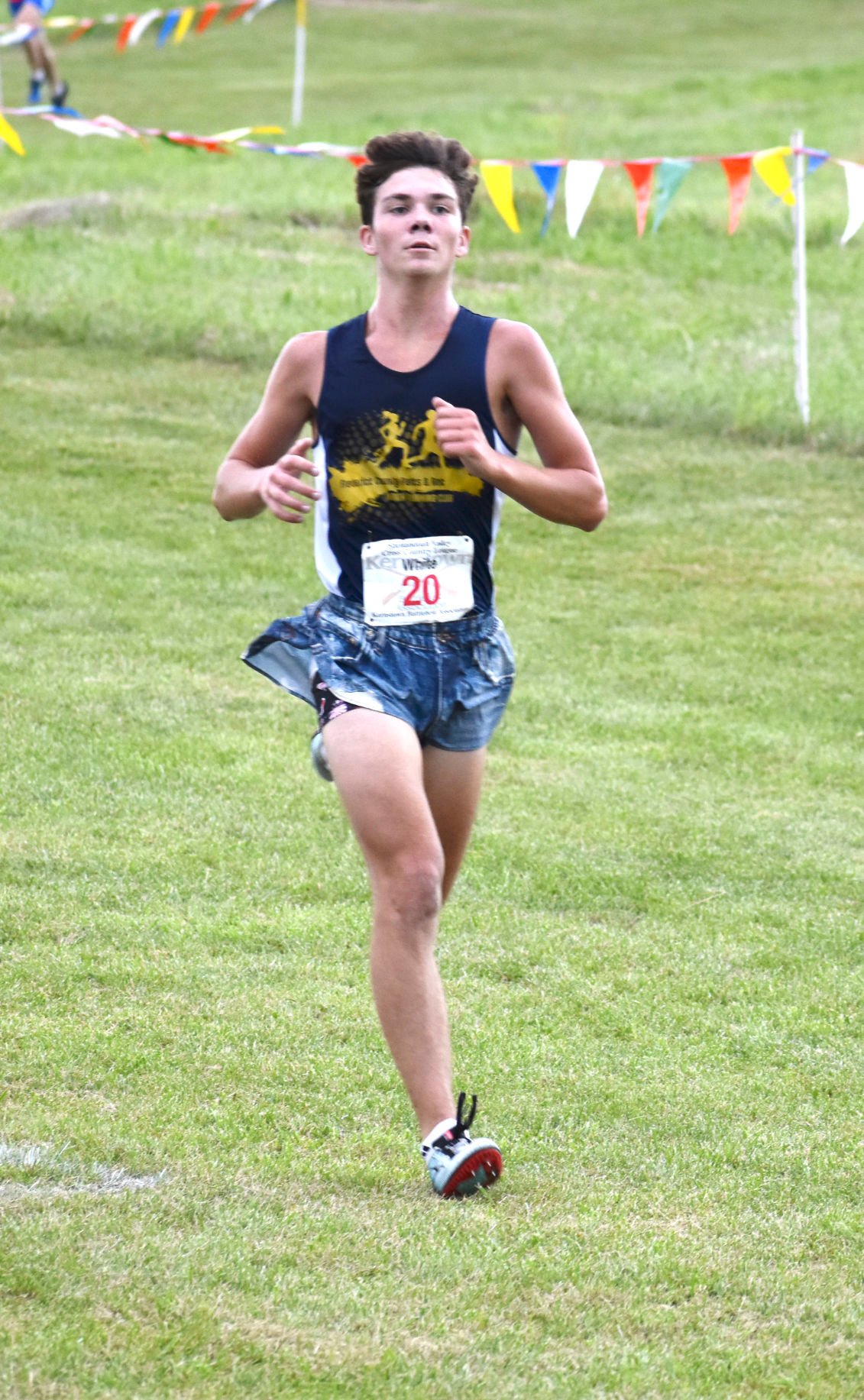 WINCHESTER — In an ideal world, Kenzie Konyar would be living in Washington, D.C., right now and would have a couple of meets under her belt as a freshman member of the George Washington University women’s cross country team.

However, the world hasn’t been remotely close to ideal for nearly seven months. So while the 2020 James Wood High School graduate found her run on Friday to be a challenge, she savored every second of it.

It was the competitive fix for which people like Konyar had been hungering. A four-time all-state cross country performer, Konyar had her high school senior outdoor track & field season wiped out by COVID-19 concerns, and George Washington is not allowing the majority of its students on campus right now for the same reason. No sports are taking place at George Washington this fall.

“This is my first actual race since indoor states [for track on March 3],” said Konyar, who will also run track for George Washington. “My coach has been huge on pushing us to find races in our own areas, so having this pop up is the greatest opportunity. I’m so excited for it.”

Sponsored by the Kernstown Battlefield Association, the SVCCL is open to people of all ages (competitors ranged from age 10 to 58 on Friday), but the league was founded mainly for students like Konyar who aren’t able to compete for their schools this fall because of COVID-19 cancellations.

For example, about 20 people each came from University High School in Morgantown, W.Va., which had its entire September schedule wiped out, and another 20 came from Shippensburg University in Pennsylvania. The two schools are approximately 80 and 140 miles away, respectively. Friday’s race also featured athletes from the three Frederick County high schools as well as Shenandoah University.

The first races of the season were captured by a married pair of former NCAA Division III All-Americans, Harrison and Kerri Toney. The Richmond residents each ran for Roanoke College.

Runners were divided into five waves of 50 or less based on seed time and regardless of gender. Kerri Toney, 25, ran in the second wave and won the women’s race in 18:01.5, 25.5 seconds ahead of runner-up and reigning Winchester Star Girls’ Cross Country runner of Madison Murphy, a Millbrook sophomore (18:27).

The SVCCL had plenty of COVID-19 protocols in place.

Athletes and event personnel had to fill out an online symptom check at the registration table. With the exception of the moments when they were racing, warming up or cooling down, athletes had to wear masks. Thanks to white lines on the field, athletes were evenly spaced out across a 90-meter starting line, with runners sent off in waves 90 seconds apart. (The first wave had 50 people, and the next three — which were evenly spaced out in corrals while they waited — had 45 each.)

Runners also wore bibs with red or blue numbers so they could run through two separate finishing areas to prevent overcrowding. James Wood cross country coach Matthew Lofton played the role of traffic controller, standing in the middle of the final straightaway and directing people with his voice and arms.

SVCCL founder and SU head cross country and track & field coach Andrew Marrocco said that when SU successfully bid for the 2020 NCAA South/Southeast Championships last year, it was based on the university’s plan to extend the opening straightaway. Marrocco said SU ripped a 40-foot hole in the fence beyond the crest of the hill on the north end of the property, providing a 600-meter straight run before runners have to begin turning.

Murphy said she forgot that the race layout had been changed, but she certainly managed fine. Her time was 18:27 was nine-tenths of a second faster than what she ran last November at the Region 4C meet at Kernstown Battlefield.

“I wasn’t expecting all the hills back there,” Murphy said. “I had never been back there before running or walking, but it was really nice. I had a lovely view and [the grass] was mowed really nicely. They did a really nice job.”

Murphy was just happy to be running on Friday. The sophomore wants to compete as much as reasonably possible — she’s running with her teammates on one of the Frederick County Parks & Recreation running clubs, and on Sept. 19 she placed 17th in 19:08.5 at Pole Green Park in Mechanicsville against an elite field that included the top two runners at the Class 4 state meet last year (Murphy was fourth at the state meet).

“I was really excited to come here,” Murphy said. “It’s been hard with no races and not being on a team officially affiliated with the school. During March in quarantine, it was really difficult just trying to go out and run for a little bit at a time.

“It’s a big confidence-booster to have these opportunities. It keeps me pushing, keeps me wanting to work even harder to try and get back to where I was last season.”

Murphy said she will only compete in one of the three remaining SVCCL races due to making other commitments to run this fall, including with her Frederick County running club.

Konyar said the hills in the new area of the course were difficult, but she still recorded a time of 19:20.1 that was five seconds faster than her Region 4C time from last November to place 10th among females.

“I thought it was really hard,” said Konyar, who will compete in the entire series. “In my opinion, I like the high school course better, because I feel like you go up the hill and the rest of it is pretty much fire downhill.

“But it was a challenge, and I feel like that’s what cross country is all about. I can’t be mad about it.”

The top local finisher on the boys’ side was James Wood’s Nathaniel Woshner. The junior recorded a time of 16:11.7, 49 seconds better than his Region 4C time from November.

“[Me and my James Wood teammates] all thought we were going to run 17 minutes, probably even 18,” said Woshner, who beat reigning Class 4 Northwestern District champion Sam Rodman of Liberty by one minute on Friday.

Four James Wood runners finished under 18 minutes. Senior Chris White was 18th in 16:29.6, sophomore Ethan Bowman took 38th in 17:46.7 and senior Jimmy Burdock was 41st in 17:50.6. Woshner said the speed work implemented by Lofton, who is in his first year coaching the Colonels, is making a big difference.

Overall, Marrocco couldn’t have asked for a much better event.

“We got bogged down at registration a little bit, but that’s only because people were showing up super late,” Marrocco said. “Everything else moved seamlessly. The parents did a great job staying [south of Battlefield Drive]. We just finished 10 minutes ago and athletes are already doing their due diligence of cooling down and getting out [of the facility]. We didn’t want big mobs congregating like you typically see at cross country meets.

“There’s always something you could do better. But considering this is the first time [this situation] has ever happened [at Kernstown Battlefield], I think it went as good as I could have hoped for.”

For full results, go to http://results.blueridgetiming.com/2020/shenone/. The next race in the series is scheduled for Oct. 9.