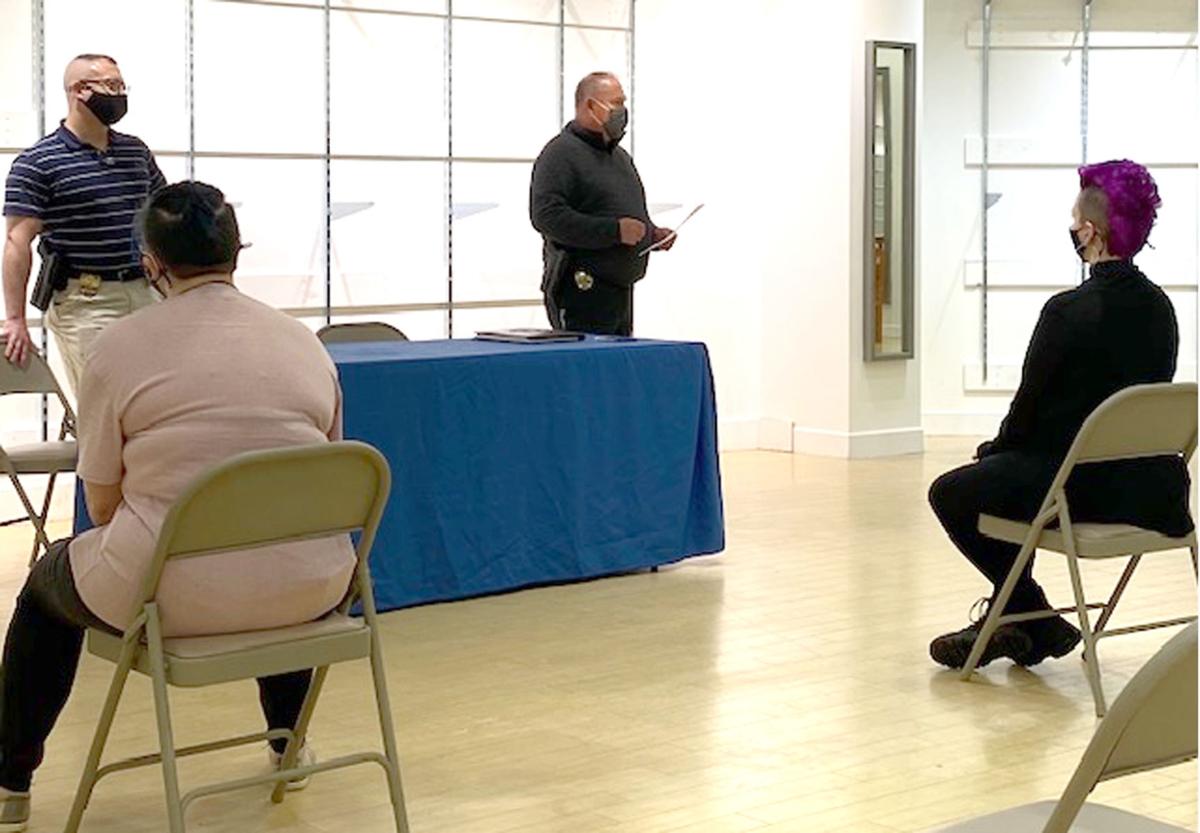 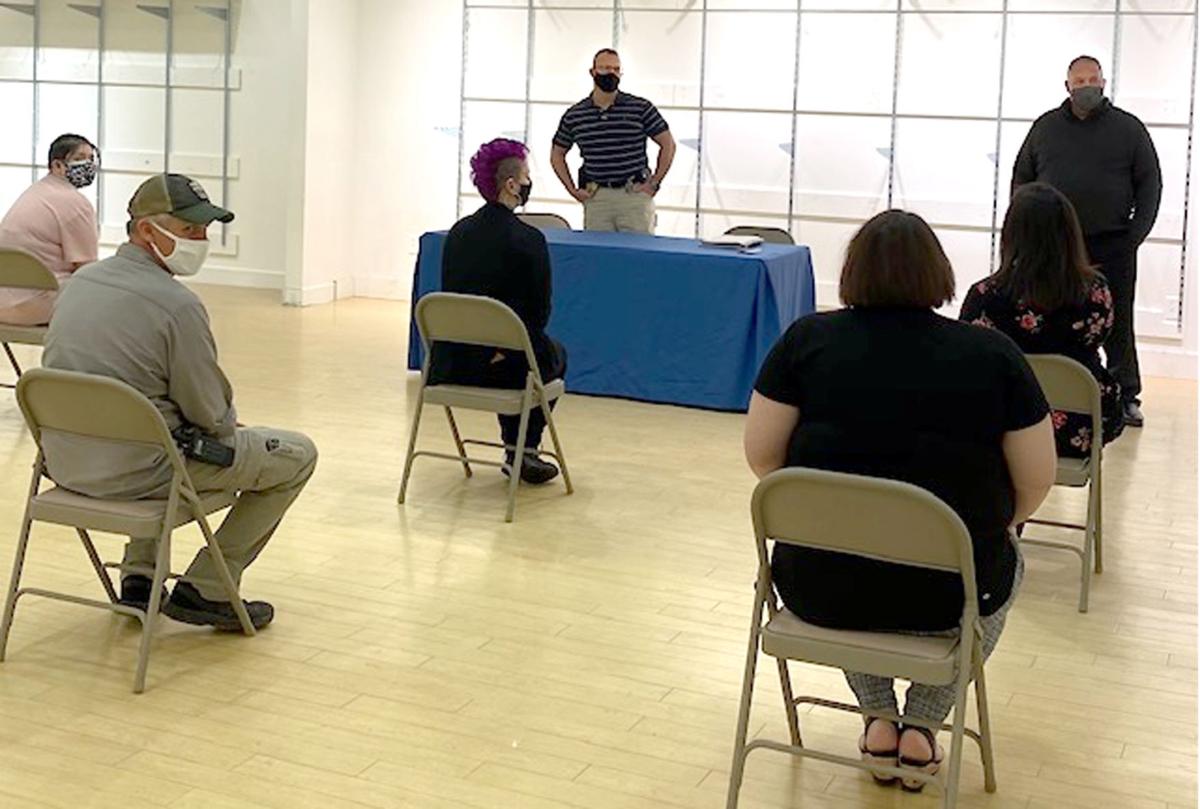 Because some victims are too ashamed to report being defrauded, it’s difficult to calculate losses, but businesses and individuals in Berryville, Frederick County and Winchester lost approximately $680,000 last year, according to their police departments.

Some fraud involved people who knew one another, such as relatives of elderly people defrauding them, or in-person construction fraud, but much involved online scams. And with more people spending time at home due to the coronavirus pandemic, scammers have had more opportunities.

While not revealing personal financial information over the phone or online is common sense, scammers have a lot more information thanks to the internet. That makes it easier to dupe victims. Scammers sometimes pose online as someone the victim knows, or as business or government employees.

“As many times as I talk to a victim after the fact, they are kind of like, ‘I can’t believe I did that.’ But these fraudsters’ profession is to provide a believable story that someone will fall for and provide them money,” said Winchester police Detective Jason C. Hardt, an officer since 2002. “They are very good at what they do and sometimes the story is just too believable not to fall for.”

In 2018, Winchester police began a fraud prevention campaign. Public outreach was stopped due to the coronavirus pandemic, but the “Fight the Fraud” campaign relaunched in February. Deputy Police Chief Amanda R. Behan said the effort is needed to deal with increasing losses. About $211,000 in losses have been reported so far this year compared to approximately $225,000 for all of last year.

While reported losses are up in Winchester, they were down in Frederick County last year compared to the previous four years. About $390,000 in fraud losses were reported last year, according to Sheriff Lenny Millholland, who periodically posts warnings on the Sheriff’s Office Facebook page about recent scams. Between 2016-19, the annual average of reported fraud losses was about $759,000.

Millholland — who took office in 2016 and has been a police officer for over 30 years — said one of the largest recent individual frauds was a romance scam. A woman sent $30,000 to a person overseas who asked that the cash be sent in boxes with magazines.

While online scams are proliferating, phone scams aren’t happening as often, but still frequently occur. They typically involve elderly people who are sometimes too trusting. Recent scams include callers posing as IRS officials saying they need financial information to send stimulus checks that are part of coronavirus relief.

“Either don’t answer or hang up when you don’t know the caller,” Millholland said in an email. “These callers prey on vulnerable and innocent people.”

Clarke County Sheriff Tony Roper said his office has only had one fraud complaint this year, but 145 from 2016 through last year. Many involve phone scammers telling elderly people they need to send money to receive sweepstakes winnings.

“Family members should empower folks to simply say no or not answer these calls,” Roper said in an email. “The old saying is, ‘If it appears to be too good to be true, it probably is.’”

Roper and Berryville Police Chief Neal White said their officers frequently speak to business and civic groups and at senior centers about avoiding scams. Besides speeches, the Berryville Police Department posts news on recent scams on the town’s website. The department has had nearly $13,000 in losses reported this year. Between 2016 and last year, the annual average was about $53,000.

Hardt said business frauds in Winchester often involve compromising company email systems, particularly law offices that specialize in real estate and real estate companies. When swindlers see a property closing, they mimic an email and get money wired to the their bank accounts. Individuals have also been defrauded locally by sending money to buy cars or for down payments on apartments.

Hardt said many online con artists are operating outside the country and prosecution is very difficult unless federal authorities get involved. He said businesses or individuals who believe they’ve been conned should immediately contact police. The faster police become involved the more likely they can freeze wire transfers and recover money. Hardt said while elderly people are the most frequent victims of individual scams, con artists target people of all ages.

“They don’t care who they’re victimizing as long as they’re getting money,” he said. “We have to not lose sight of our proper operating procedures even though we’re in a technology age.”

Fraud takes on many forms, but it's all costly. Fraud cost U.S. businesses $56 billion - including $43 billion in identify fraud - last year, according to Javelin Strategy & Research, a financial advisory company. Trending local scams affecting businesses and individuals include:

* Business email, social media and texting compromises which involve "phishing" and "spoofing." They include emails with links that cause computer viruses or steal information such as bank account numbers. The pitches often involve offers of gift cards or involve fake messages or identities such as someone posing as a Facebook friend and offering a moneymaking proposition.

*Romance scams involving fraudsters masquerading as people interested in dating. Victims are duped into sending them money or victims exchange nude images and then are "sextorted" over the images.

* Advanced fee schemes involve victims being told they need to pay a fee or tax to collect gift cards or lottery winnings.