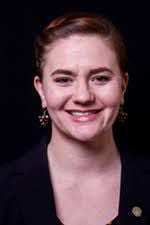 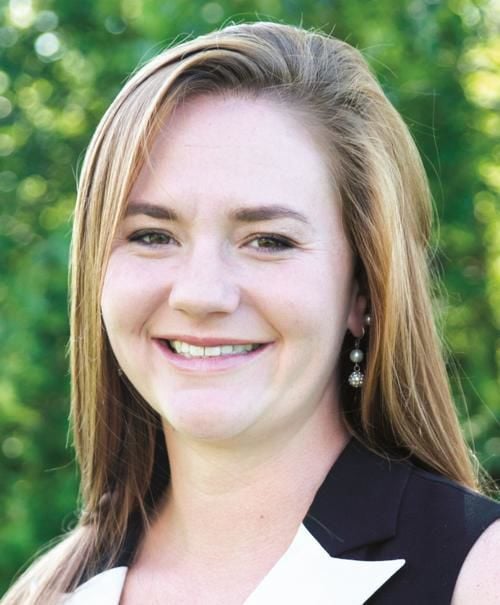 WINCHESTER — Shawnee District Supervisor Shannon Trout is resigning from the Frederick County Board of Supervisors because she is moving to California.

Her last board meeting will be Wednesday.

The 31-year-old teacher was elected to her first four-year term on the board in November 2017. She ran as an independent, winning almost 57% of the vote to defeat Republican Kevin Callanan. At the time, she taught civics at Robert E. Aylor Middle School in the county. She later moved to Daniel Morgan Middle School in Winchester.

Trout told The Star in a phone interview that her husband, who is in the Air Force, is being reassigned to a base north of Sacramento.

“That’s why I didn’t make any moves until the very last minute,” Trout said. “Because if he had been reassigned to D.C., I could have continued to stay and have my residency here. But California is a little bit of a reach.”

Her resignation will be addressed at Wednesday’s meeting.

During her tenure, she said she is most proud of the board approving funds to build a replacement Aylor Middle School and encouraging more community involvement in local government.

“As I looked through the [board] agendas, I found more disappointing outcomes than I realized but I am proud of those two things,” Trout said. “I know that if the constituents of our community continue to stay involved and make their voices and priorities heard, the future of our county will be bright.”

As a supervisor, Trout fiercely advocated for funding school division requests, which at times led to heated disagreements with other board members, who were more skeptical of the amount of the requests.

Trout is the board’s only politically independent member. The other six are Republicans.

On Tuesday, three board candidates who share similar viewpoints with Trout in regard to school funding — John Lamanna, Heidi David-Young and Steve Jennings — were all defeated in the general election. Shawn Graber, a fiscal conservative, was elected to succeed Back Creek Supervisor Gary Lofton.

“My hope is that the board will find someone to fill my position that aligns with my goals and beliefs,” Trout said. “Because the people of Shawnee elected me as an independent, as the only independent on the board. So maybe their goals are a little bit different than other areas of the county. So I would hope that the other supervisors would honor that and put someone in my place that has those same priorities. I don’t know if that will be the case and I don’t get to have any say in who takes my beat.”

Trout said it has been “an absolute pleasure to serve the people of Frederick County and the Shawnee District. I am very sorry that I had to leave so suddenly. But sometimes life gets in the way. I wish the people in the county the best in their future endeavors and I hope that the board makes decisions that plan for the growth that we have coming so that we can continue to thrive and not fall stagnant.”