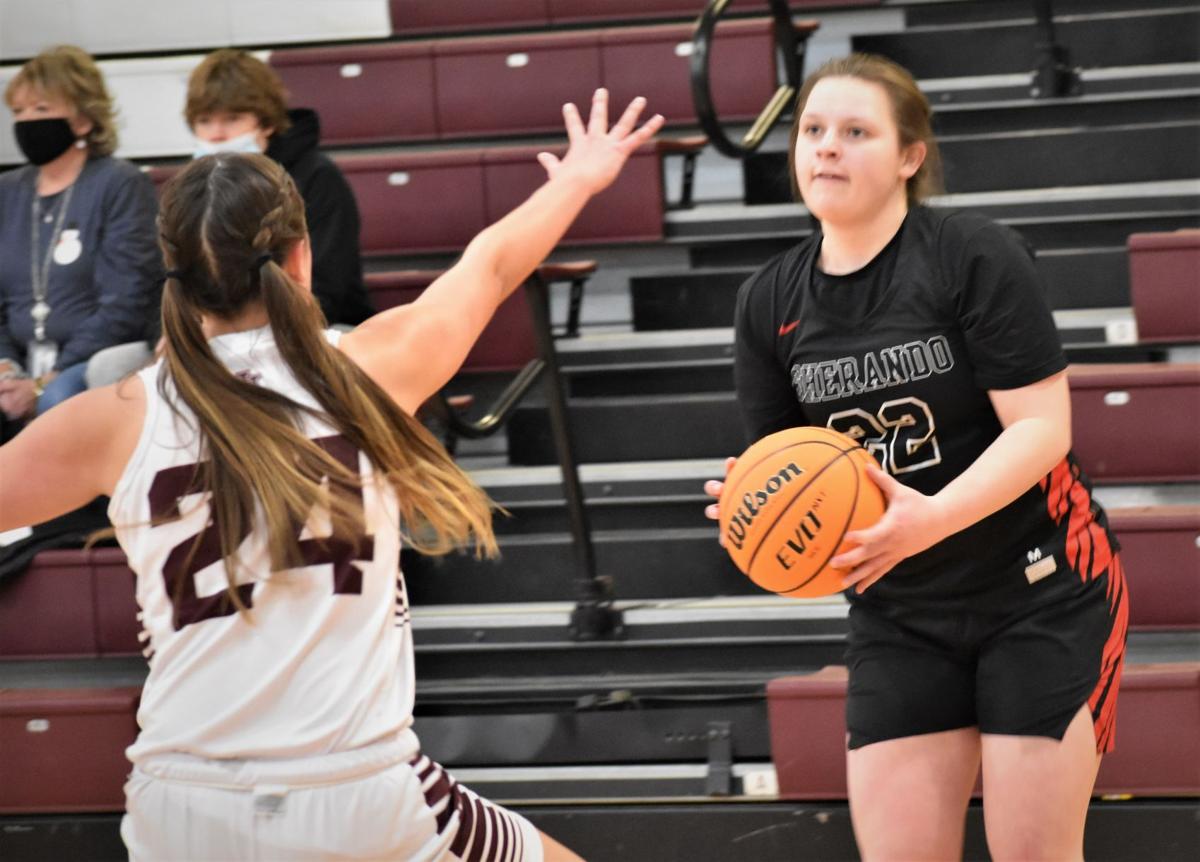 Sherando’s Grace Burke shoots over Handley’s Hannah Yerkie for a 3-pointer in the first quarter on Tuesday. Burke had four 3-pointers and a game-high 14 points as the Warriors won 47-11 at Maddex-Omps Gymnasium. 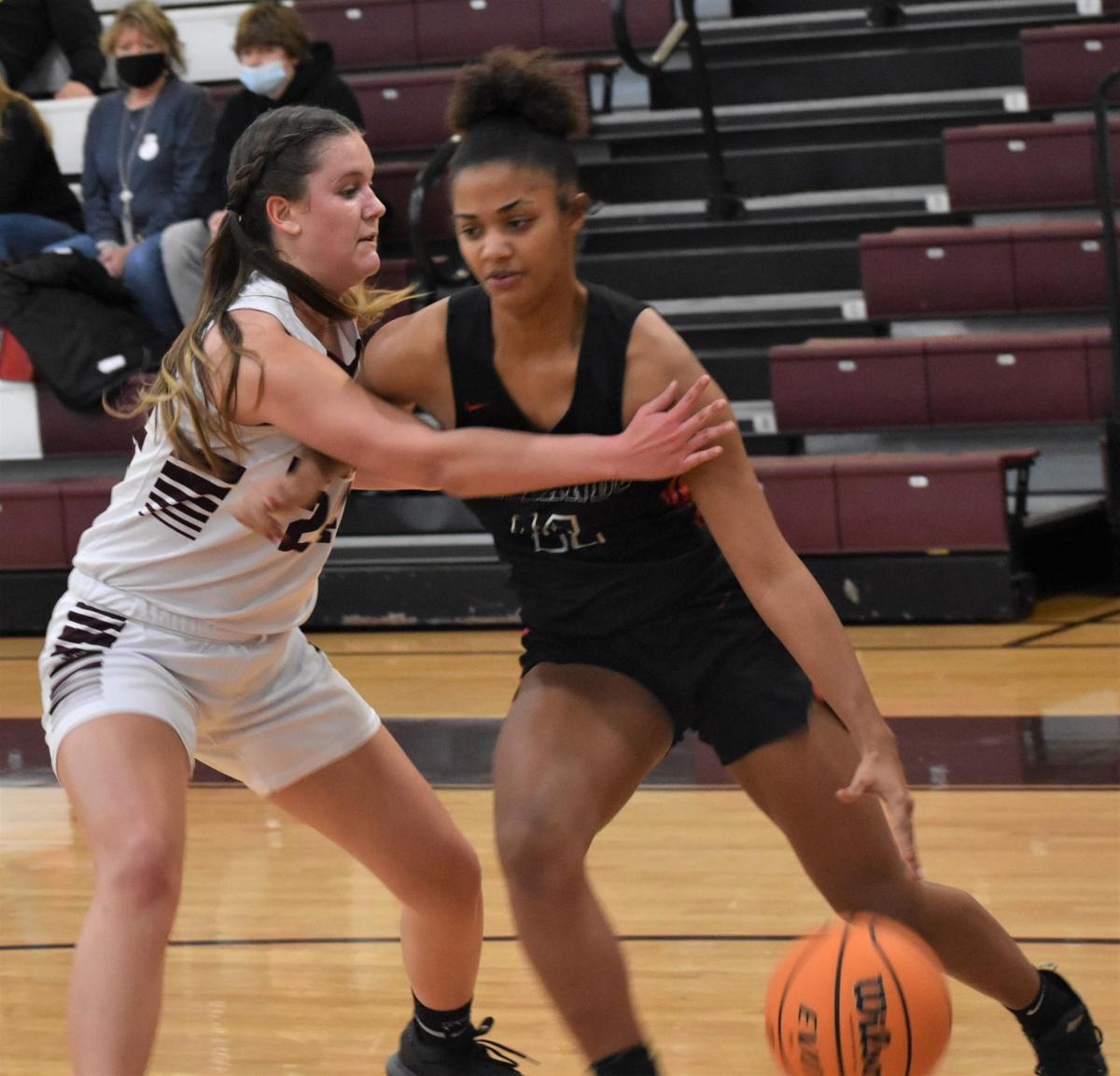 Sherando’s Jaiden Polston drives against Handley’s Olivia Kelly in the first quarter on Tuesday at Handley. Polston had eight points and Kelly had five rebounds. 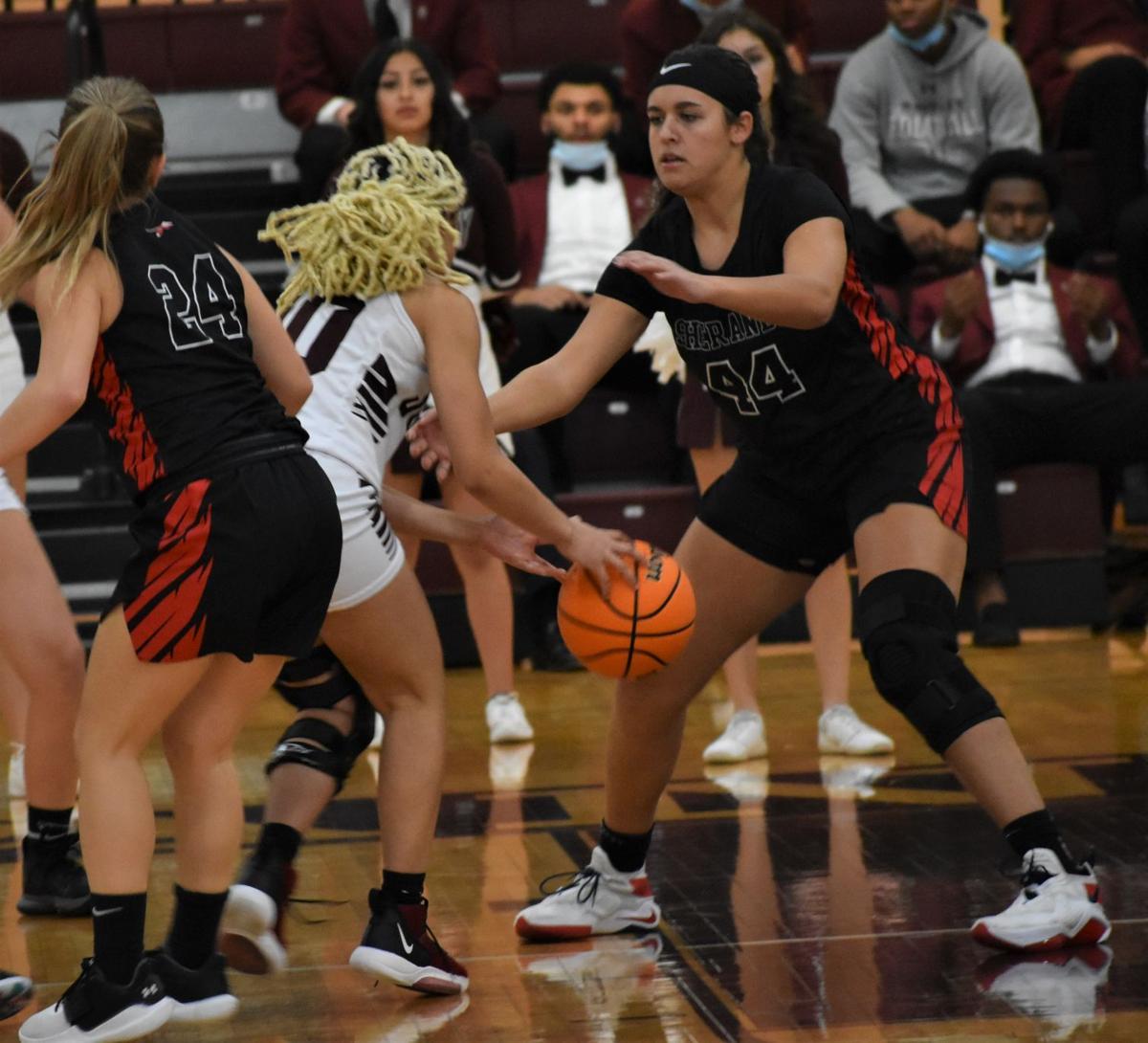 Sherando's Ella Carlson cuts off a drive to the basket by Handley's Jadyn Washington in the first quarter. Carlson had five points, six rebounds and two steals.

Sherando’s Grace Burke shoots over Handley’s Hannah Yerkie for a 3-pointer in the first quarter on Tuesday. Burke had four 3-pointers and a game-high 14 points as the Warriors won 47-11 at Maddex-Omps Gymnasium.

Sherando’s Jaiden Polston drives against Handley’s Olivia Kelly in the first quarter on Tuesday at Handley. Polston had eight points and Kelly had five rebounds.

Sherando's Ella Carlson cuts off a drive to the basket by Handley's Jadyn Washington in the first quarter. Carlson had five points, six rebounds and two steals.

WINCHESTER — Not a bad way to bounce back from a rare loss.

Sherando smothered Handley on the boards and on defense and yielded a season-low point total in a 47-11 Class 4 Northwestern District girls’ basketball win on Tuesday at Maddex-Omps Gymnasium.

The Warriors (9-2, 3-0 district) were without several players in last week’s 33-27 loss to Strasburg in the championship game of the Ram Hardwood Classic, which snapped a six-game winning streak. But Sherando was healthier than its been all season heading into the game against the Judges (1-10, 0-3).

The Warriors’ full roster produced a 44-18 rebounding edge, including an 18-4 edge in offensive rebounds, and held a shorthanded Judges team to 3-of-28 shooting. Handley, which only dressed eight players and was without center Laura Hogan, also made only 5 of 15 free throws in recording a season-low in points and their 10th straight defeat.

“We had seven varsity players dress [against Strasburg], and tonight we had everyone cleared and it was Roxie’s first game,” Sherando coach Brooklyn Wilson said. “We talked about everyone being ready to go when they were called on, and being able to work with different lineups.

“I was really pleased, no matter who was called on and in what situation, that everybody was ready to go.”

Grace Burke (14 points, four steals) hit the first of her four 3-pointers from the left corner 10 seconds into the game, and the Warriors kept building on their lead from there. Sherando scored the game’s first eight points, led 13-3 after one quarter, and 23-6 at the half.

Still, Wilson challenged the Warriors to be better in the second half. For example, Wilson didn’t like some of the fouls that resulted in Handley attempting nine free throws in the second quarter.

“We always talk about executing our assignments well, and we were a little frustrated going into the half because I felt it was those things we weren’t doing,” Wilson said. “Regardless of what’s on the scoreboard, we set a really high standard [for the players], especially on the defensive end — missed box outs, silly fouls, things like that in our book are things we cannot have.

“We talked about fixing some of those effort plays, and I thought we did a much better job in the second half of not missing those assignments.”

Handley only attempted four free throws in the second half, and the Warriors continued to get the job done with rebounding. Emma Clark (five points) had all seven of her rebounds in the second half as the Warriors extended their lead to 39-9 after three quarters. The Judges did not reach double figures in scoring until there were 27 seconds left in the game.

Wilson was pleased to once again see Sherando’s players celebrate each other’s success in a game where everyone got in. Isabel Hall and Meghan Harris also chipped in five points each for the Warriors.

“The fact that we’re such a big family and we all want to see each other thrive really gives us a good push,” Polston said.

“I think we had really good intensity from the start,” Burke said. “I think we have good talent on this team, and we can do well if we just put our minds to it.”

Tuesday’s game was something of a transition game for the Judges. They were not only without Hogan, but they got back two players from illness who weren’t back to 100 percent in terms of energy level.

“When you’re not deep, it makes it difficult,” Judges coach Randolph Martin said. “But we’ve got to lace ‘em up and be ready to play.

“I’ve probably used six or seven starting lineups because we’ve had to work around someone not being there. Hopefully by Monday, everybody will be back. The team is being as positive as they can be.”

Hannah Yerkie had three points and Olivia Kelly had five rebounds for Handley.

Sherando played Skyline on Wednesday in advance of its big game on Friday at fellow district unbeaten Millbrook. Handley will play James Wood at Frederick County Middle School on Friday.